On Saturday morning I tumbled out of bed, grunted at my OH and headed for the shower at 6:45. Ok for a workday, but what was I doing on a Saturday?

A few months ago I had been given some tips as to how to look up steam trains passing through mainline stations on the net. At the time I had thought little of it, but after we moved to Brookmans Park, a village on the East Coast mainline (for those not resident in the UK, the railway line from London to Edinburgh in Scotland), and I realised what great views the station offered of trains on the line, I thought I would check it out. 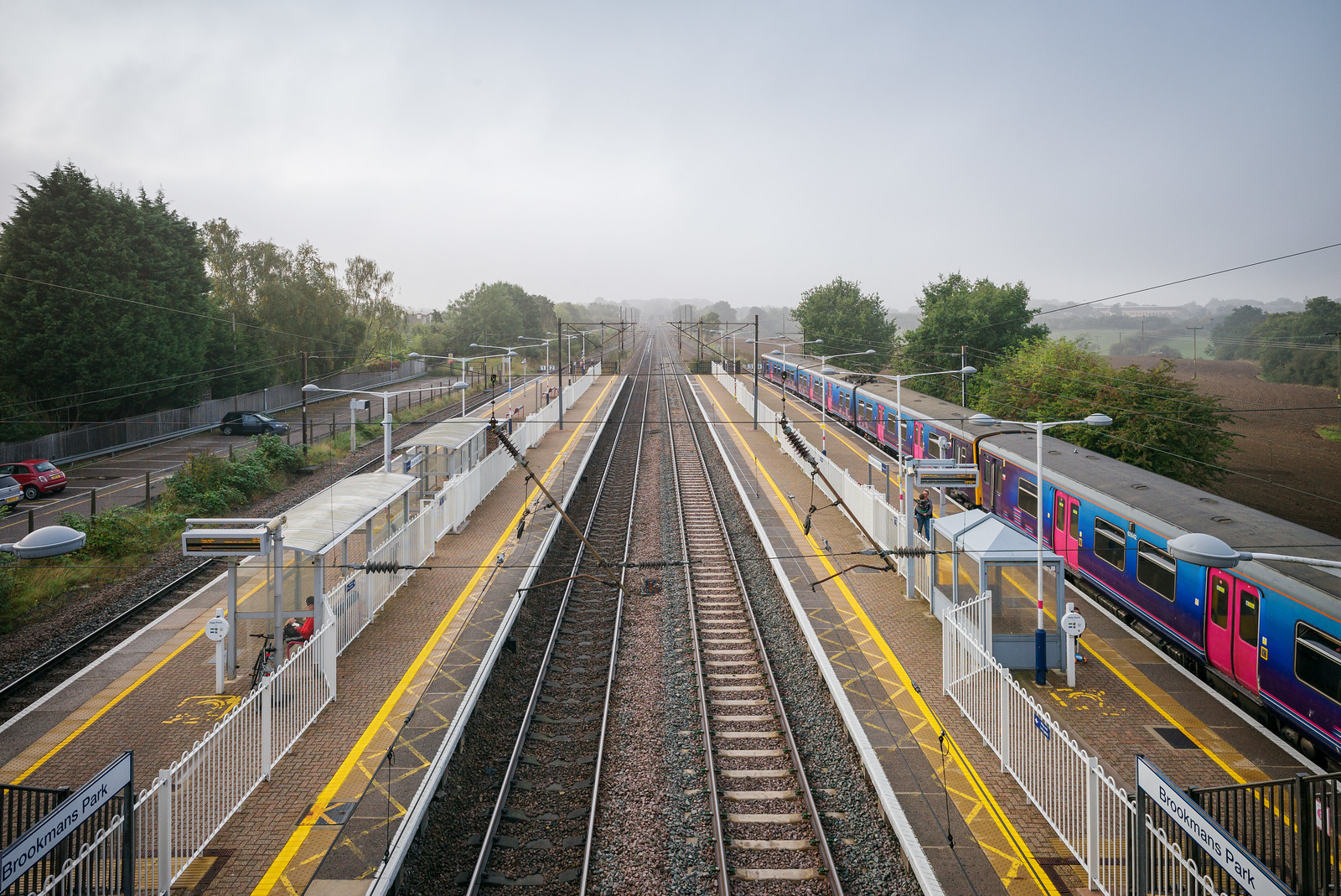 A surf through about 8 websites later I had established a Class A4 locomotive, “Union of South Africa” would be passing through on 26 October at about 8:15. We also thought it would be exciting for our son to watch (and of course, me being a big kid wanted to get a photo). I put it in the diary, but I very rapidly realised that I had no idea of the best way to photograph a high speed train in motion. I was pretty sure I wouldn’t be using my Leica though 😉 . 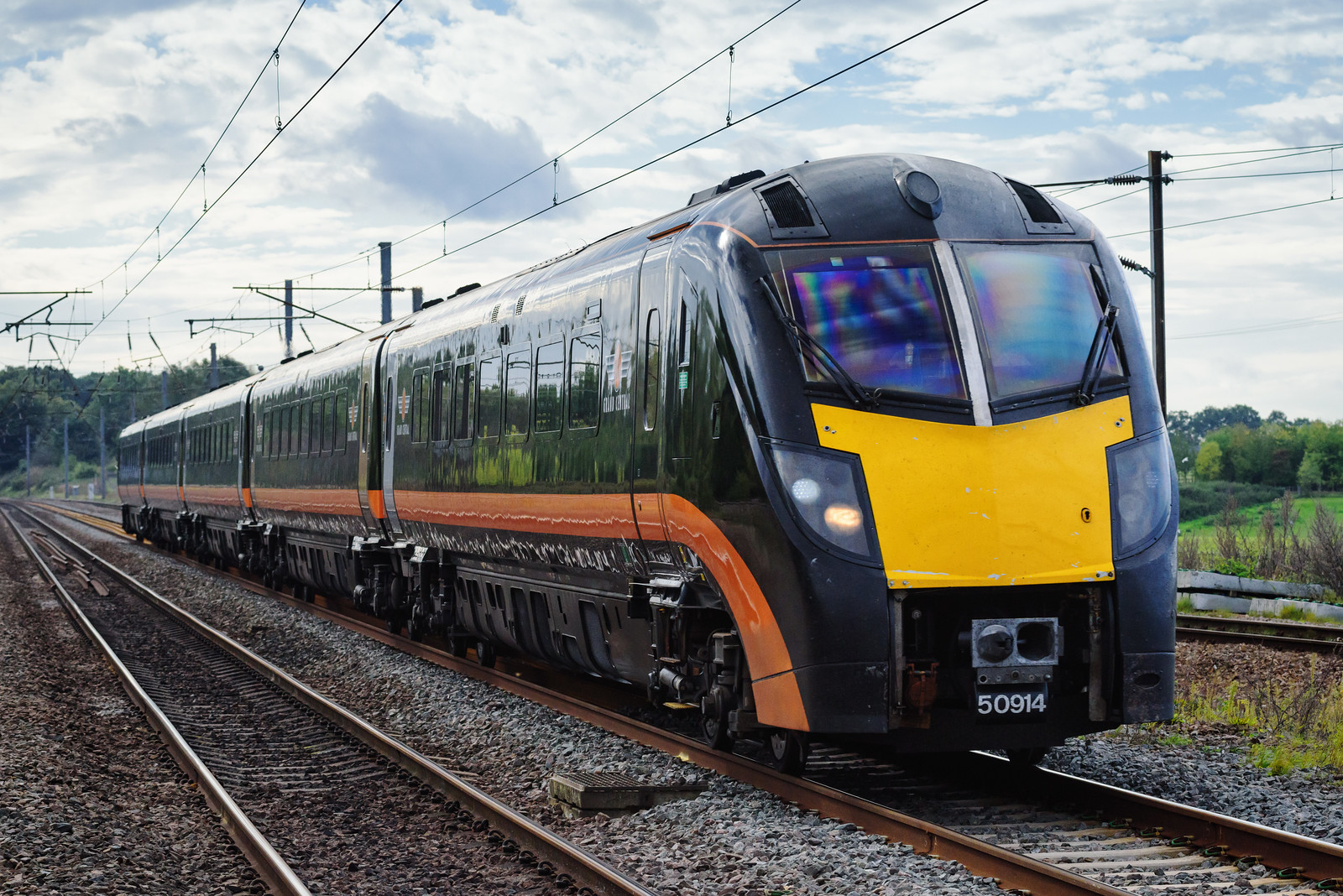 Luckily, some kind people on a well known internet photography forum gave me some good tips and I resolved to practice on some of the electric trains passing through the station at speed. This helped me realise just how much of a challenge it would be, particularly in bright sunlight. Nevertheless, with 51 point continuous autofocus it would be possible, if nowhere near as sharp as a stationary or slower moving train. 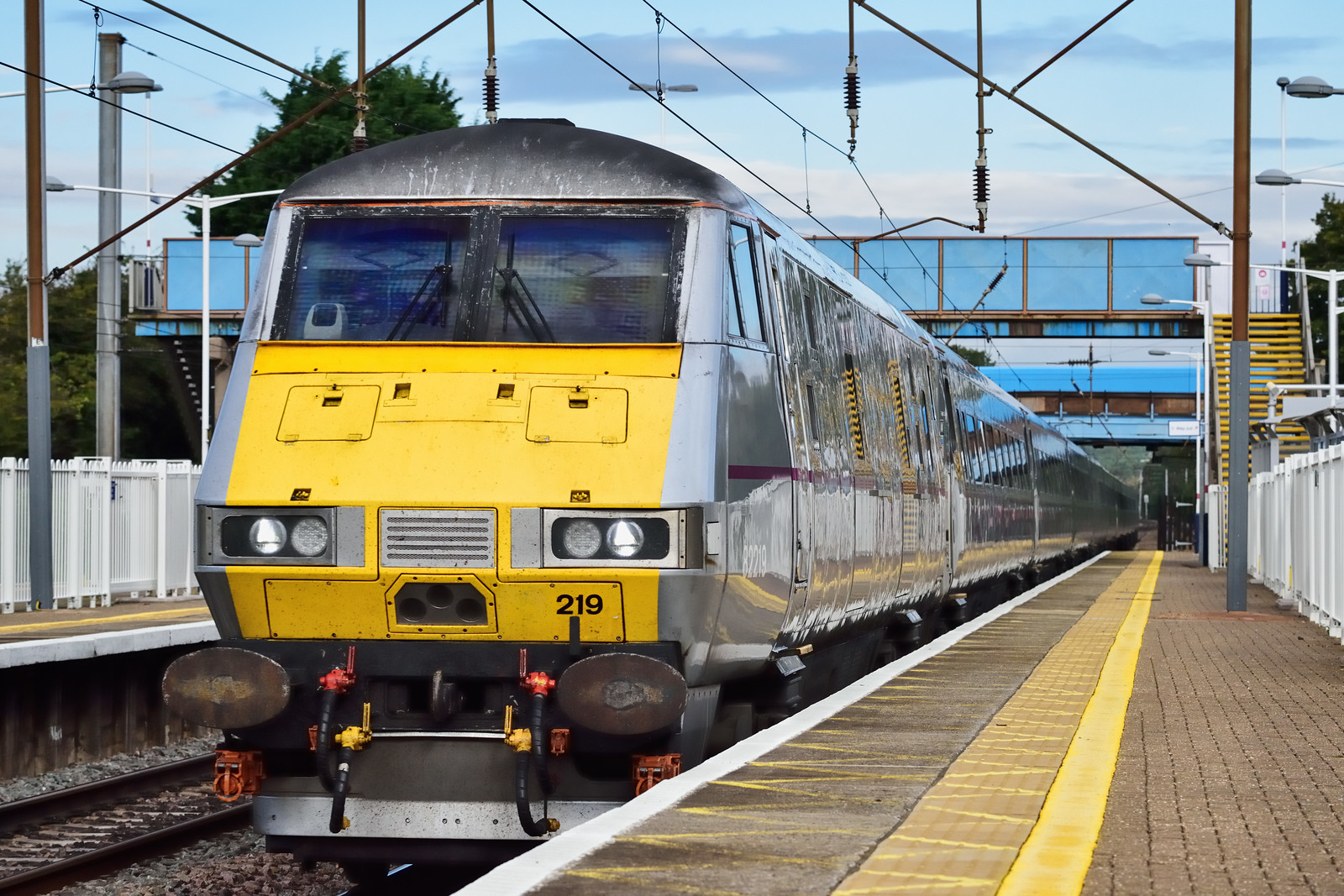 I was all ready to go the evening before when my OH (she spots the flaws in all of my poorly conceived plans 😉 ) suggested one last check of the timetable. This revealed a minor disaster in that the train would now pass through at about 7:40am, official sunrise, which suggested that I would need to pump up the ISO or have a picture of a blur emitting steam. Even worse, we had told our son about it, so there would be tears before bedtime if we failed to take him too…

So we rolled in and out of the shower and headed down the hill to the Station. A wise person had advised standing on the opposite platform to the one the train would come in on, but that left some risk a passing train would obscure the one you had come to see. Imagine the horror as we saw the Union of South Africa roll around the bend at the same time as a mainline East Coast intercity train…

Luckily the East Coast service was moving very much quicker than the steam train alongside it, and pretty quickly I was snapping away as other enthusiasts filmed the train’s approach. The only downside was that it was running on the commuter line (to allow the intercity train to go around it) and thus was going past on a different platform to the one I had anticipated (not the end of the world, but I confess I would love to have shot something similar to the shot of the Grand Central train above). I’m a big fan of most trains and particularly steam trains (or should I say locomotives), but I had never seen a class A4 before. It was huge, simply magnificent and very, very loud. 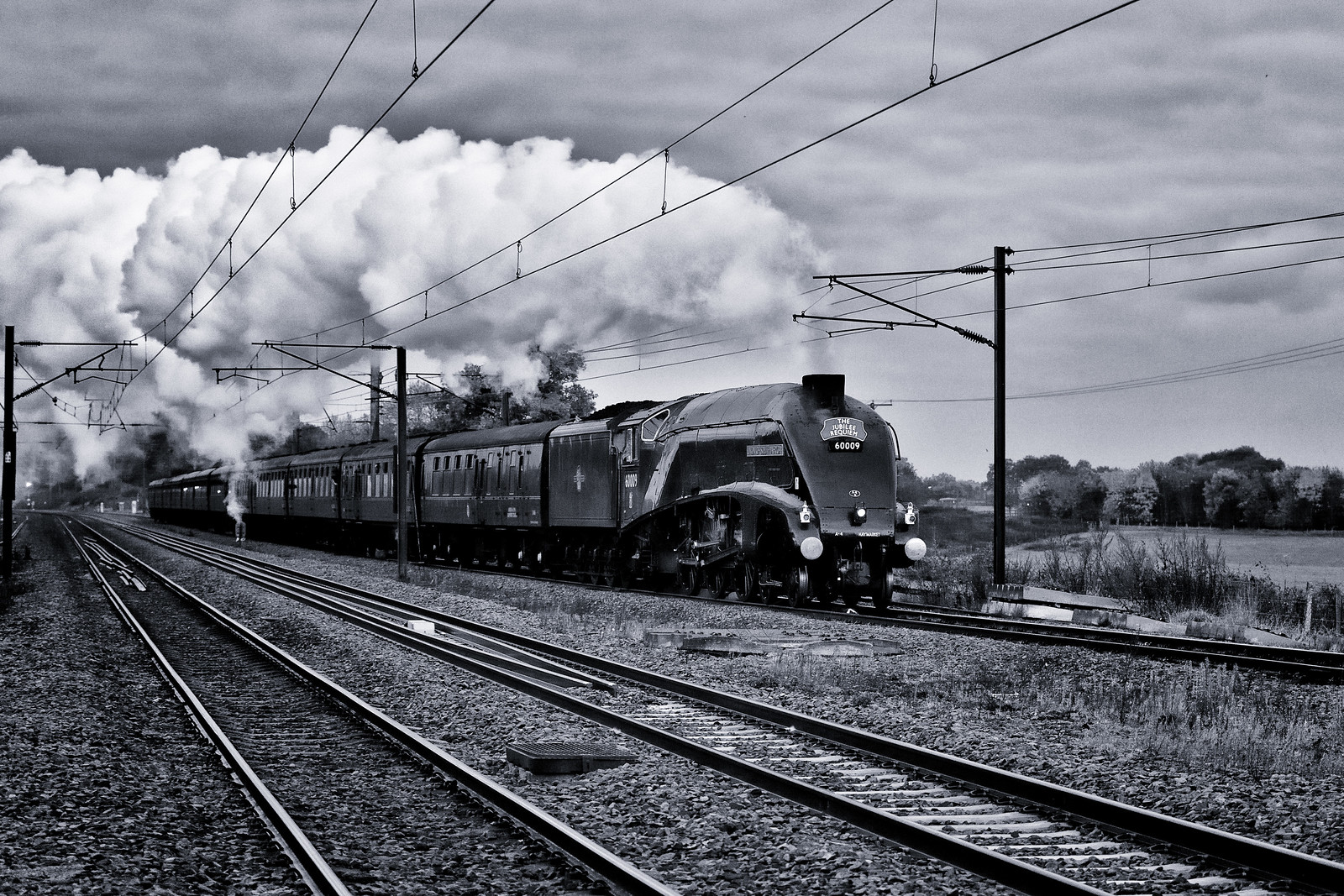 All too soon it was over, and we headed to the local bakery and then back home. I asked our son what he made of it and he said “very loud steam train, I enjoy it, you call it Union of South Africa, I call it 5 meter Mallard”. I’m not too sure why it’s a “5 meter Mallard”*, but he did at least enjoy it! 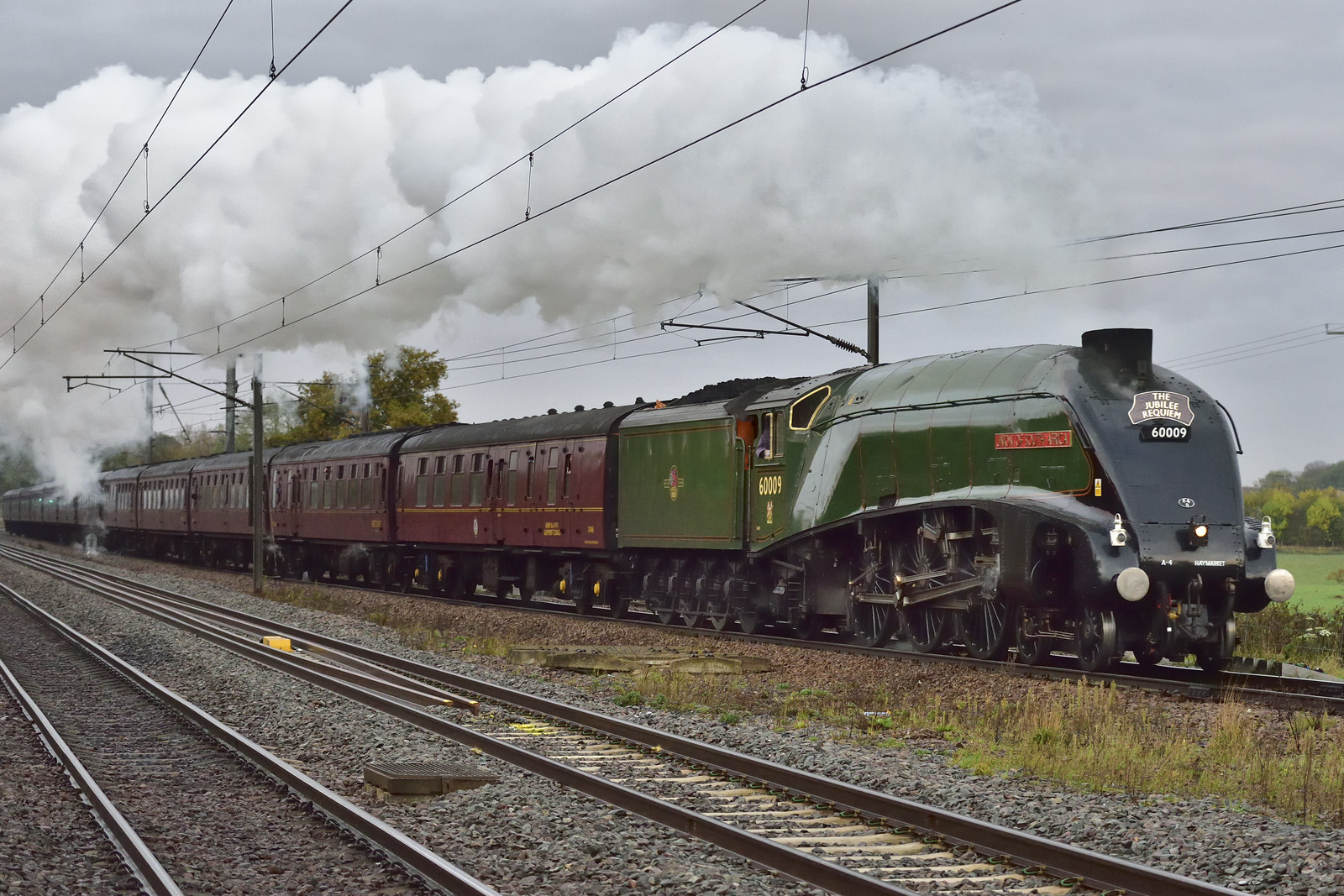 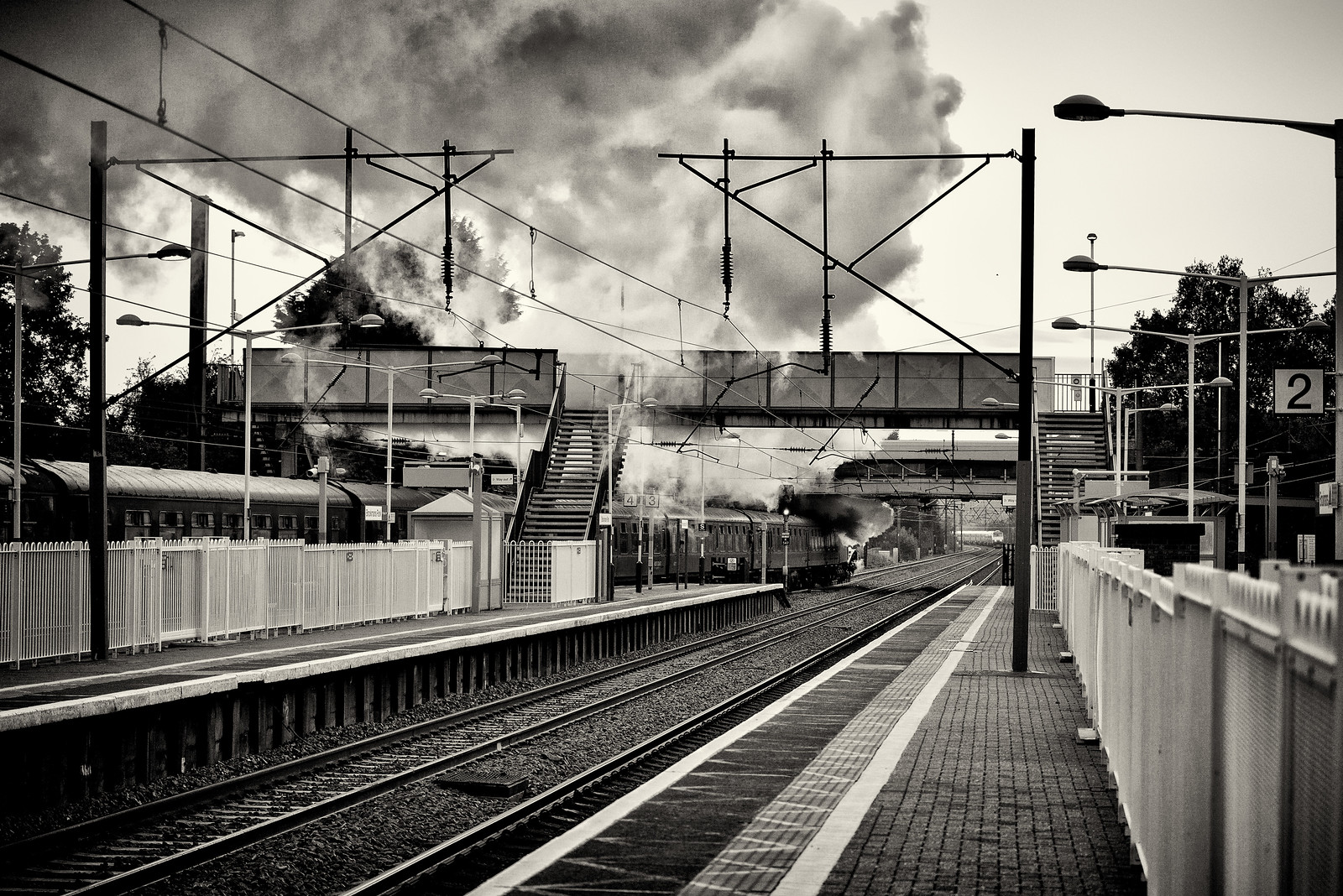 *there is another rather famous train of this class called Mallard, though where 5 meter comes into it I don’t know 😀

Bonus Video of the train passing discovered on whotube*1…