This lunchtime I headed over to Liverpool street station to grab lunch. While there I heard a band playing. 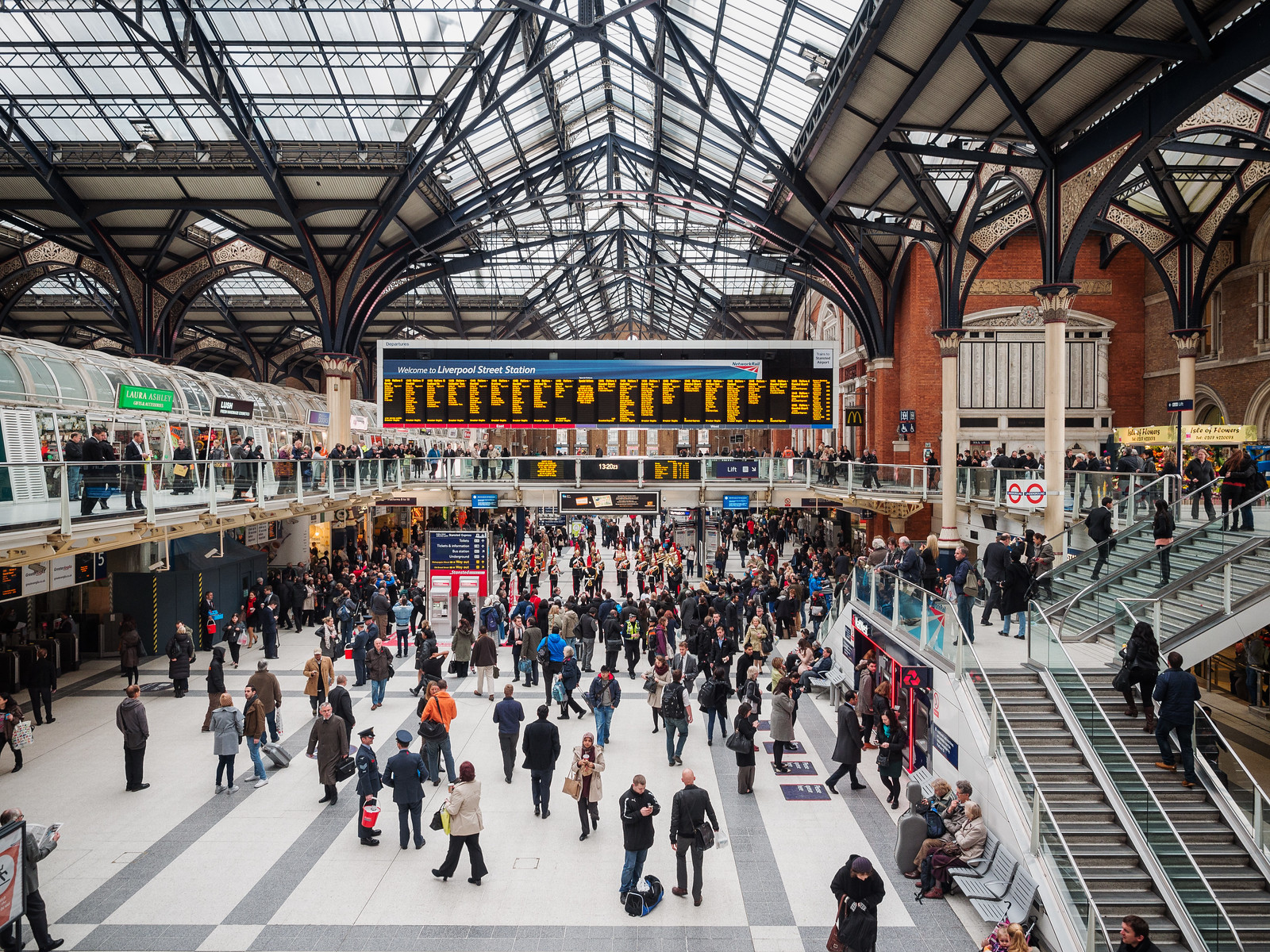 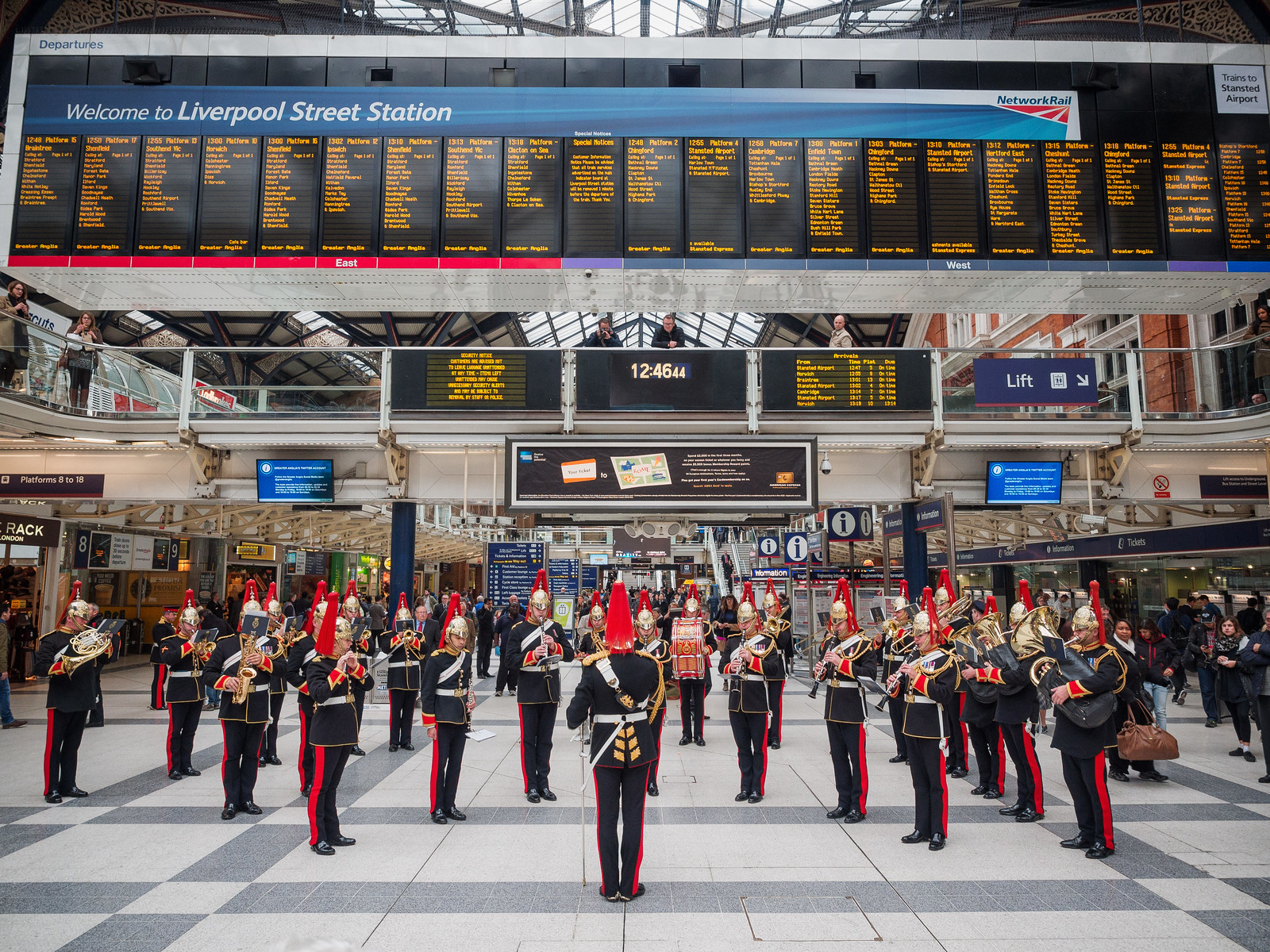 It wasn’t until I headed into the station proper that I realised it wasn’t just a band, it was the band of the Blues & Royals, a cavalry regiment of the British Army. 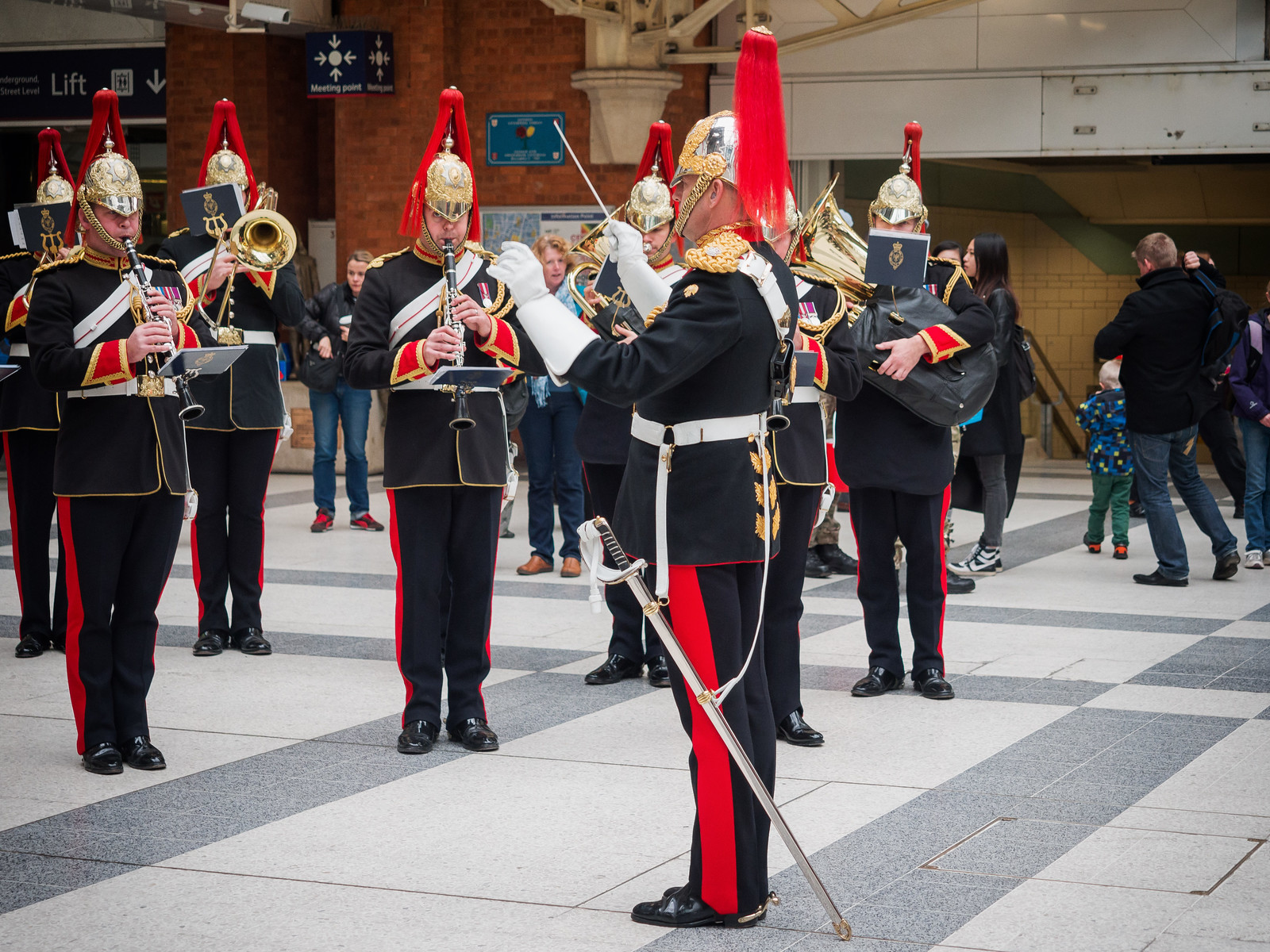 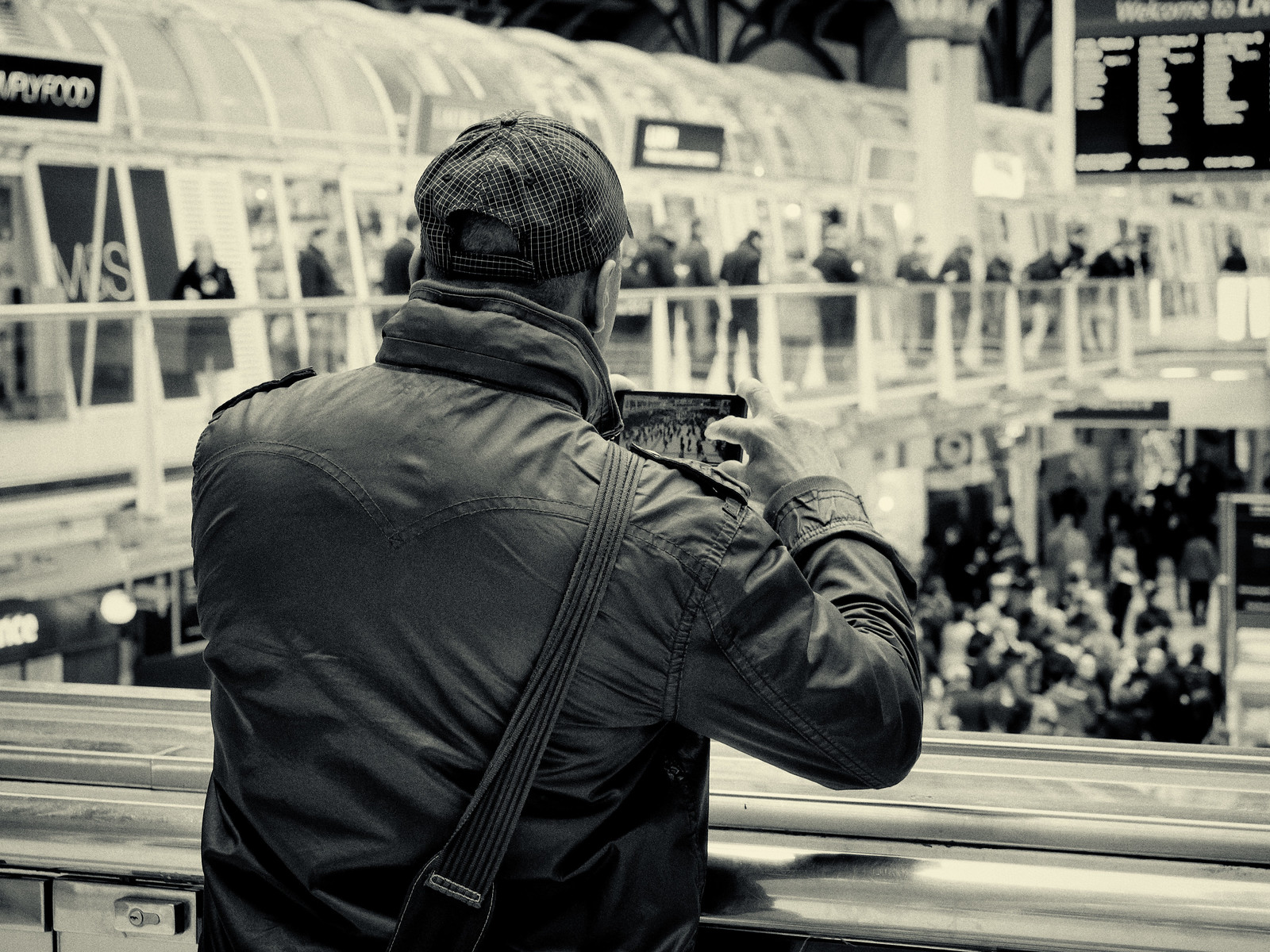 The Band is one of two mounted bands and is part of the Corps of Army Music. It supplies music in both mounted and non mounted formats. 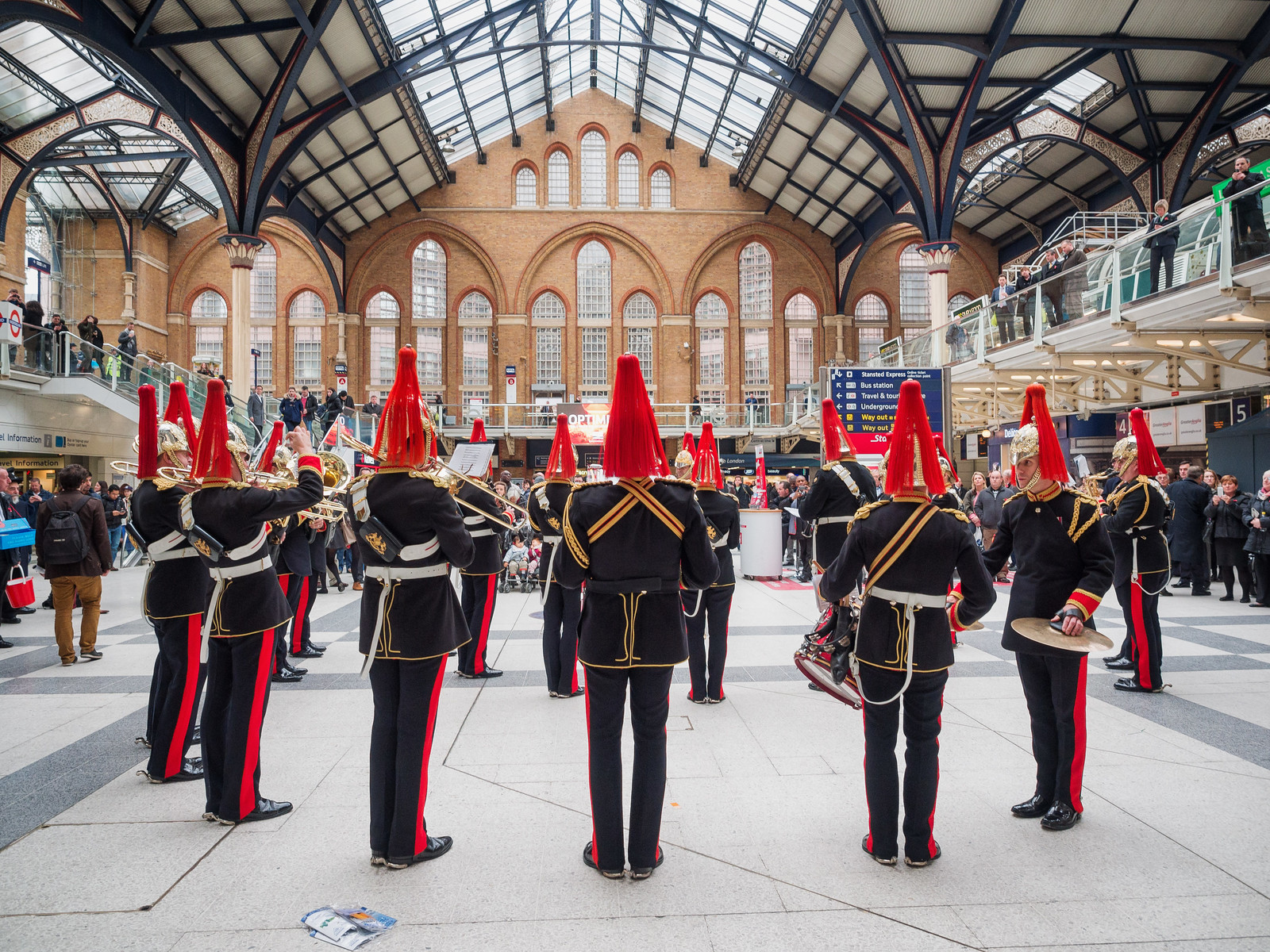 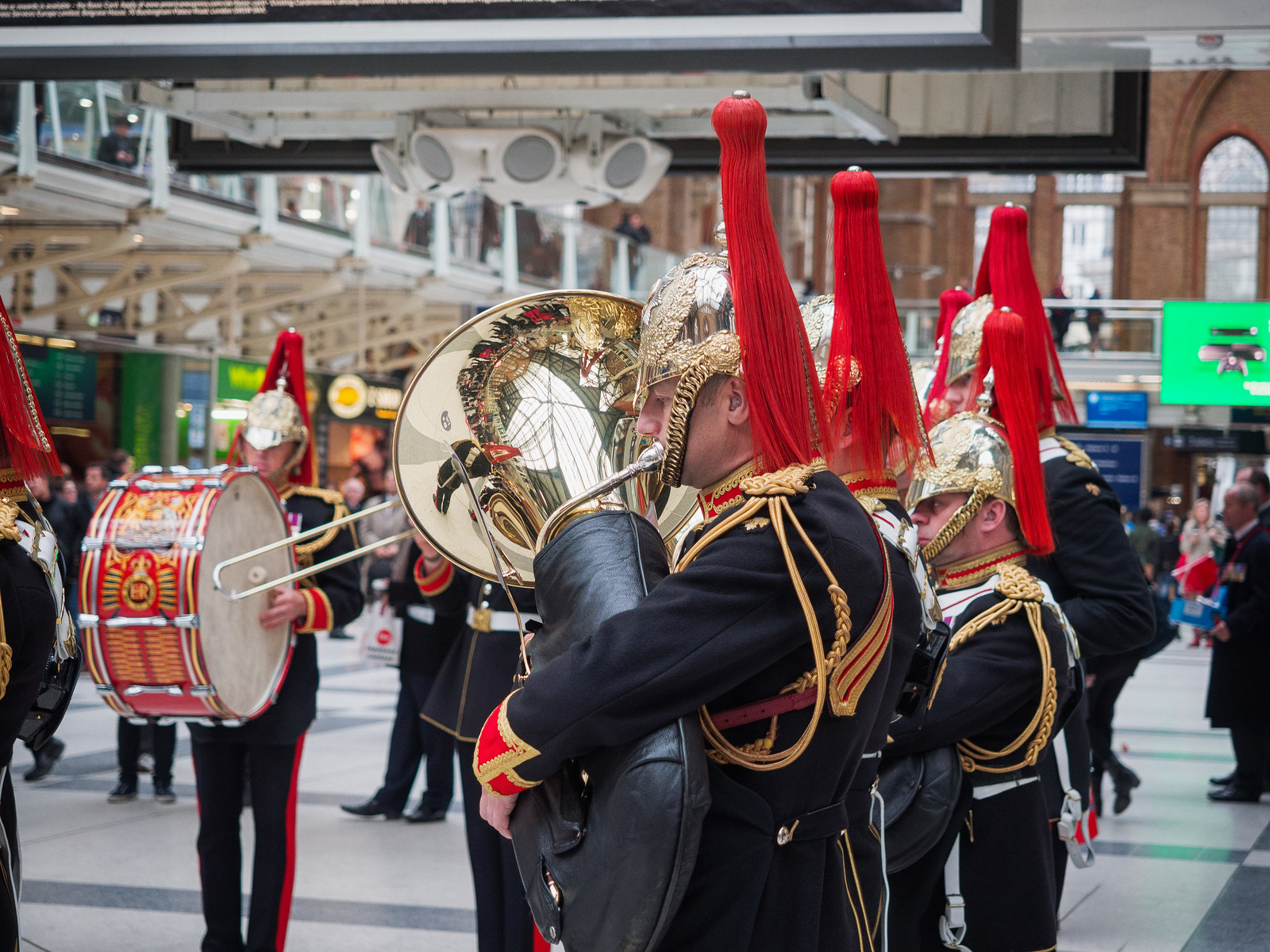 I, like most other people there, was a bit amazed at the band being there. They played (amongst other things) the theme to “Skyfall” and “Imagine”. 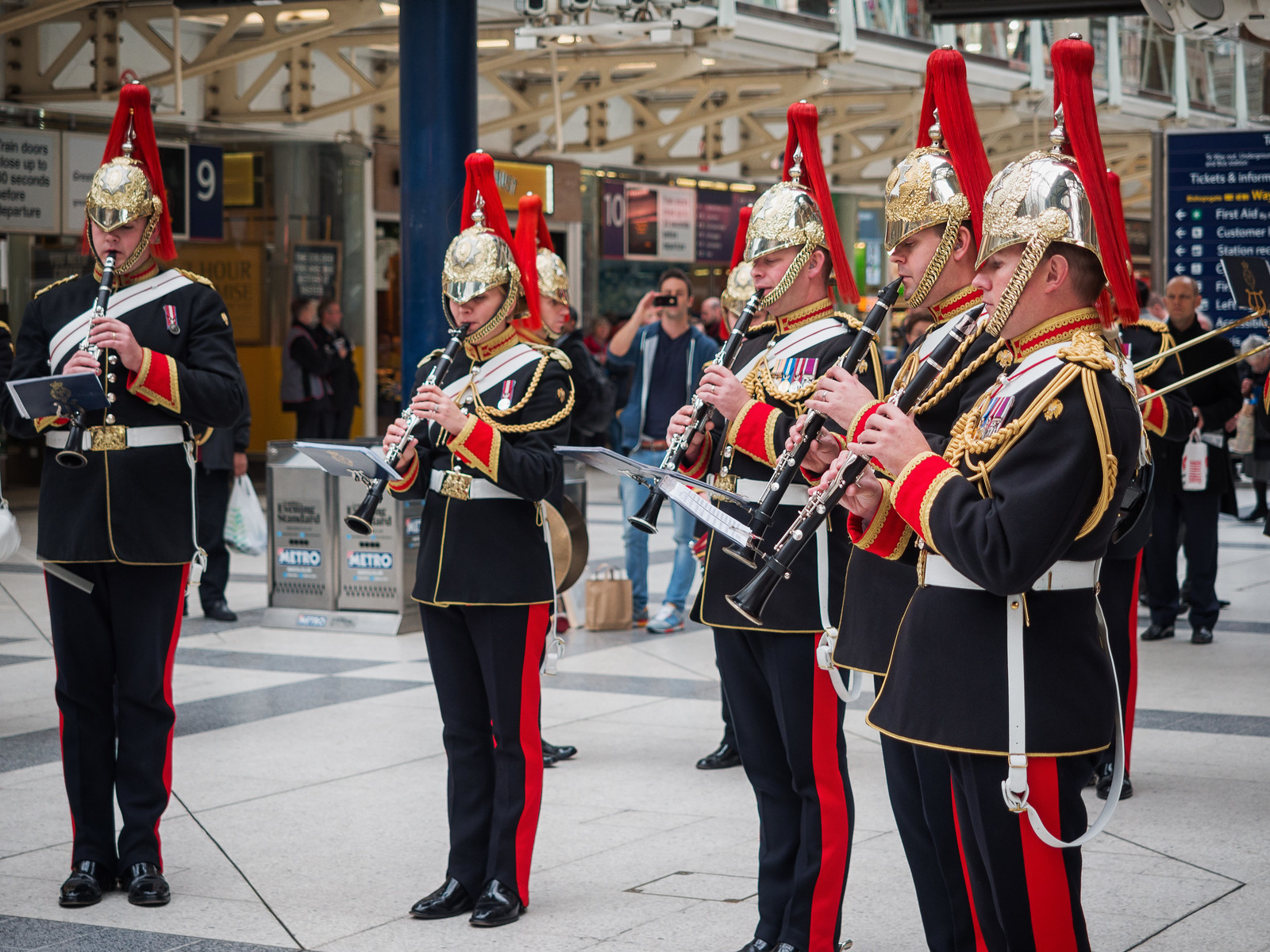 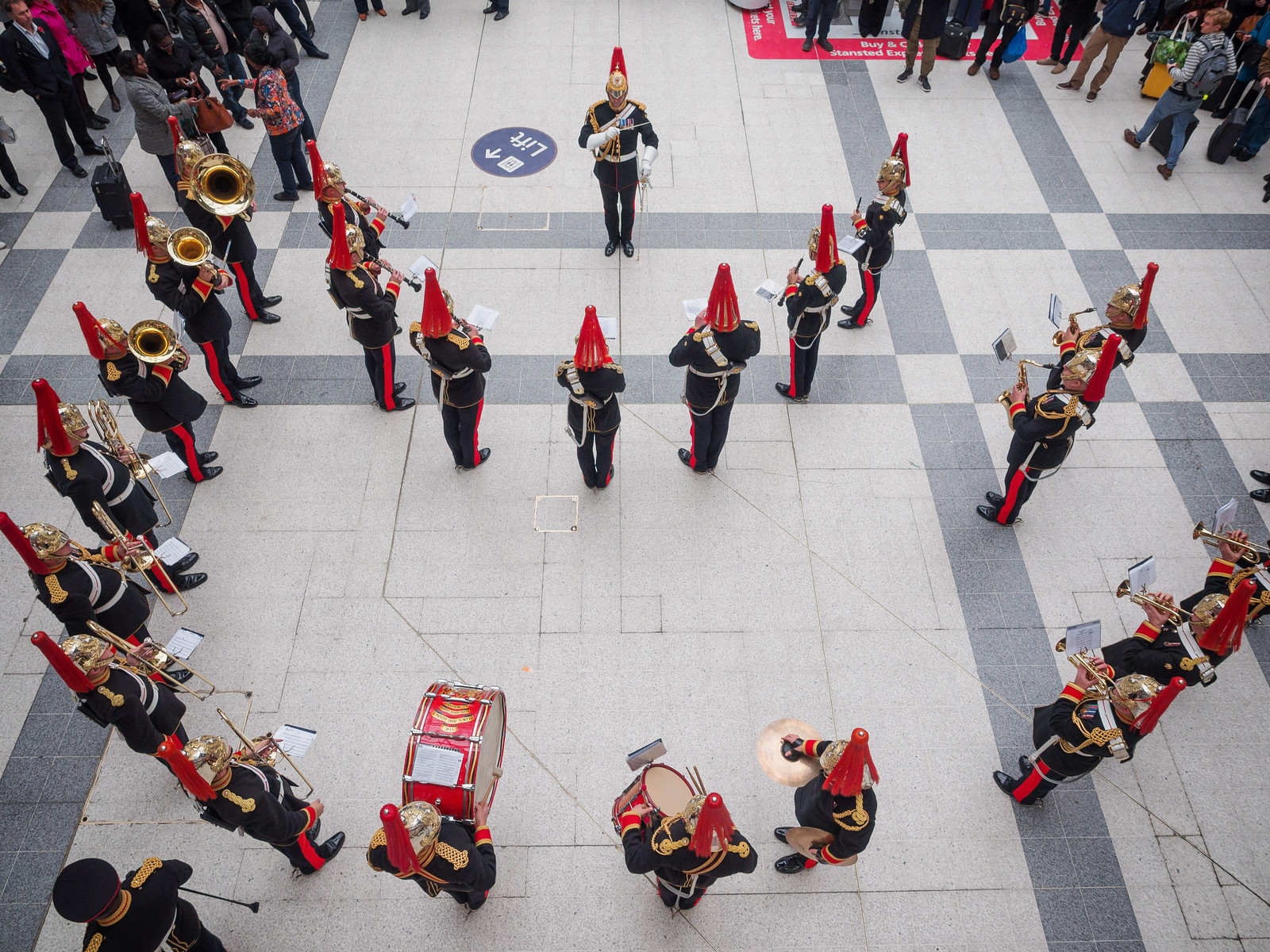 The event was of course to remind people that this Sunday is remembrance Sunday (“Poppy Day”) and to help raise money for the Royal British Legion, an incredibly worthy cause. Needless to say I made a donation – I always make many at this time of year because our son tends to grab the poppies and pull them to bits (they are red after all 😉 ). 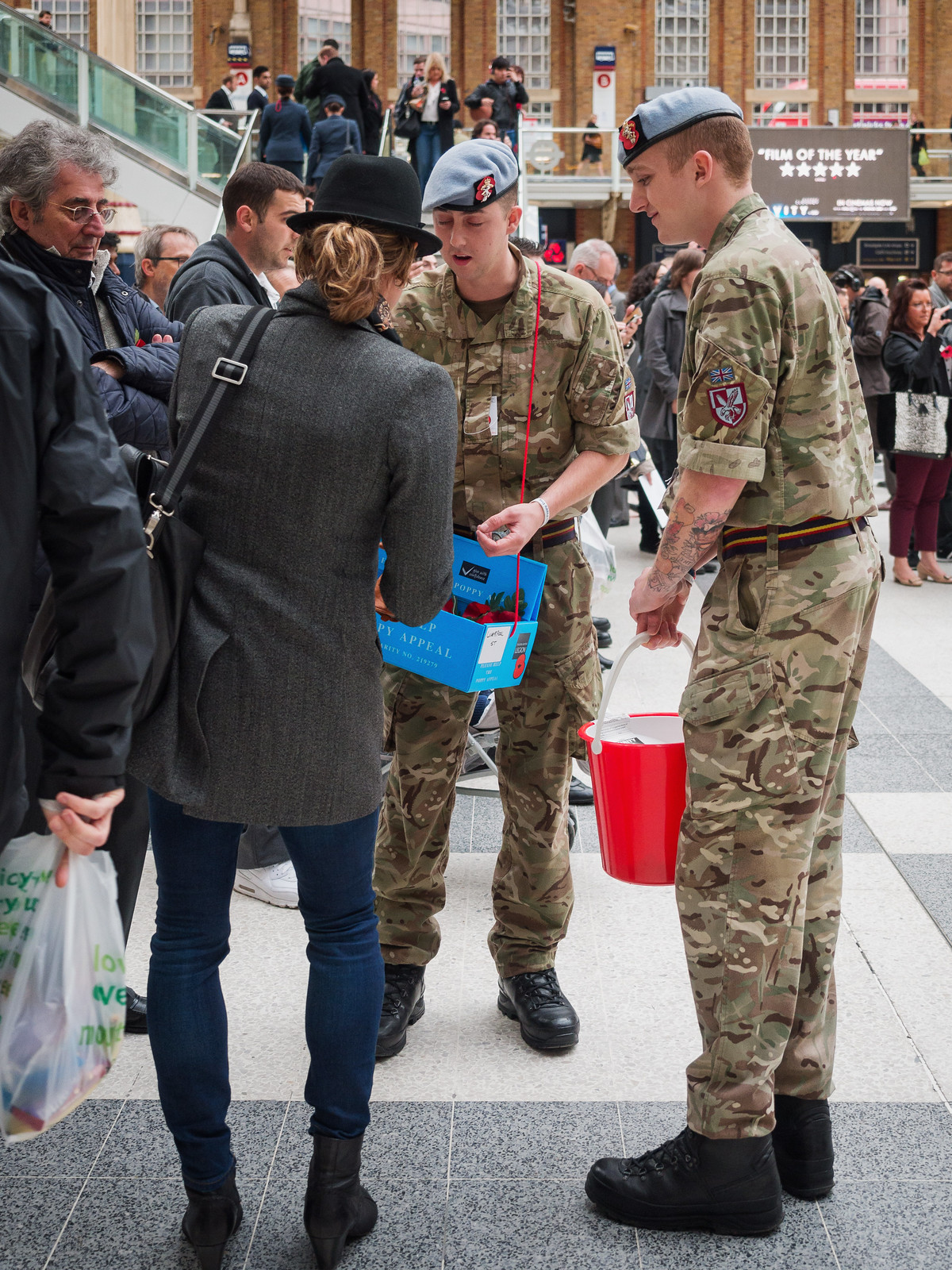 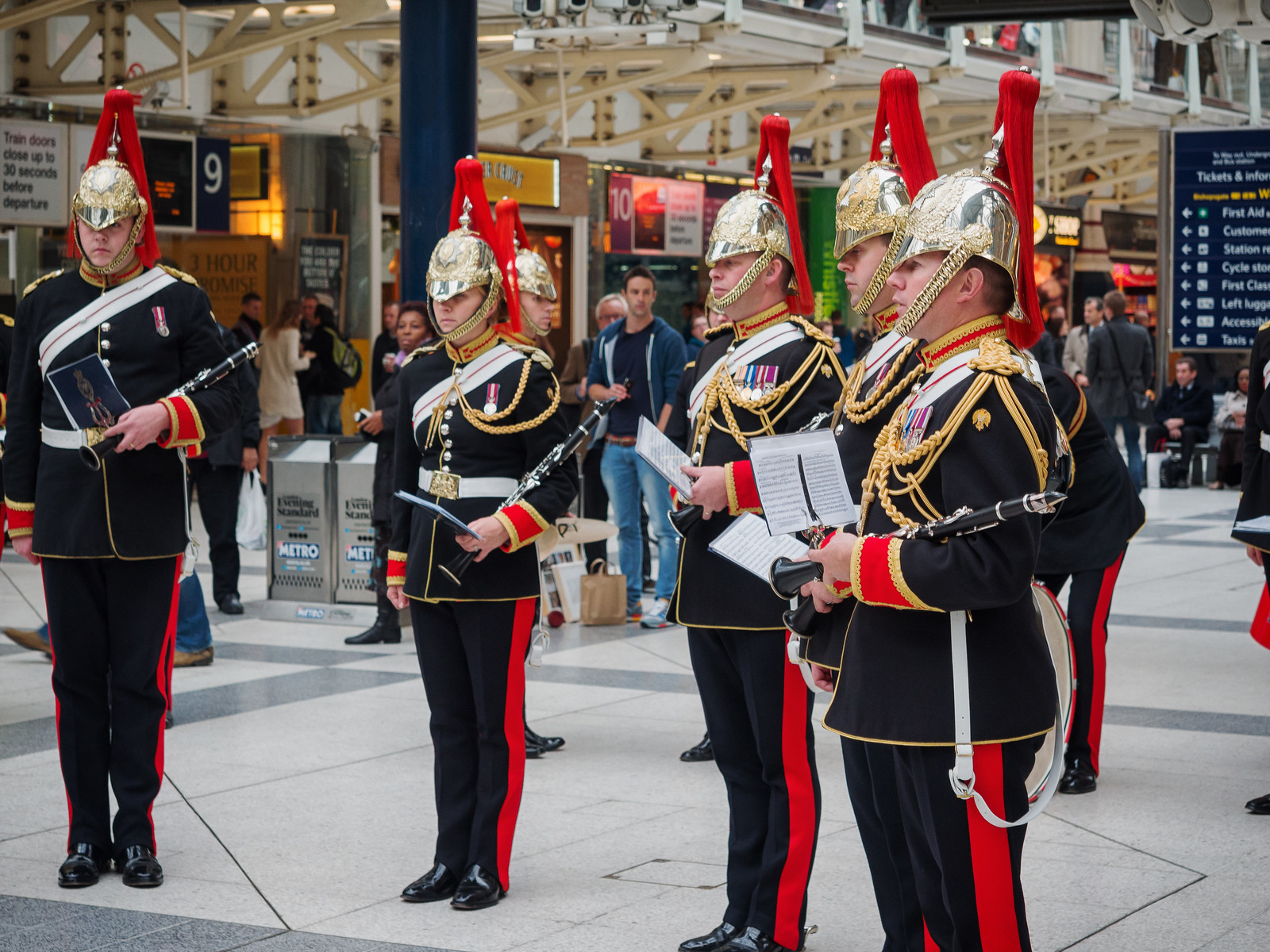