This started out as a quasi ironic title, because I wasn’t having so much fun shooting with the E-M1, or at least not as much as I’ve had with two other recent stand out M43s cameras, the Olympus OM-D E-M5 or the Panasonic GH3. The GH3 in particular wowed me in initial use, but just wasn’t a camera I wanted to use regularly. I ended up using it solely for video, which seems a bit of a waste. I sold it in the end. 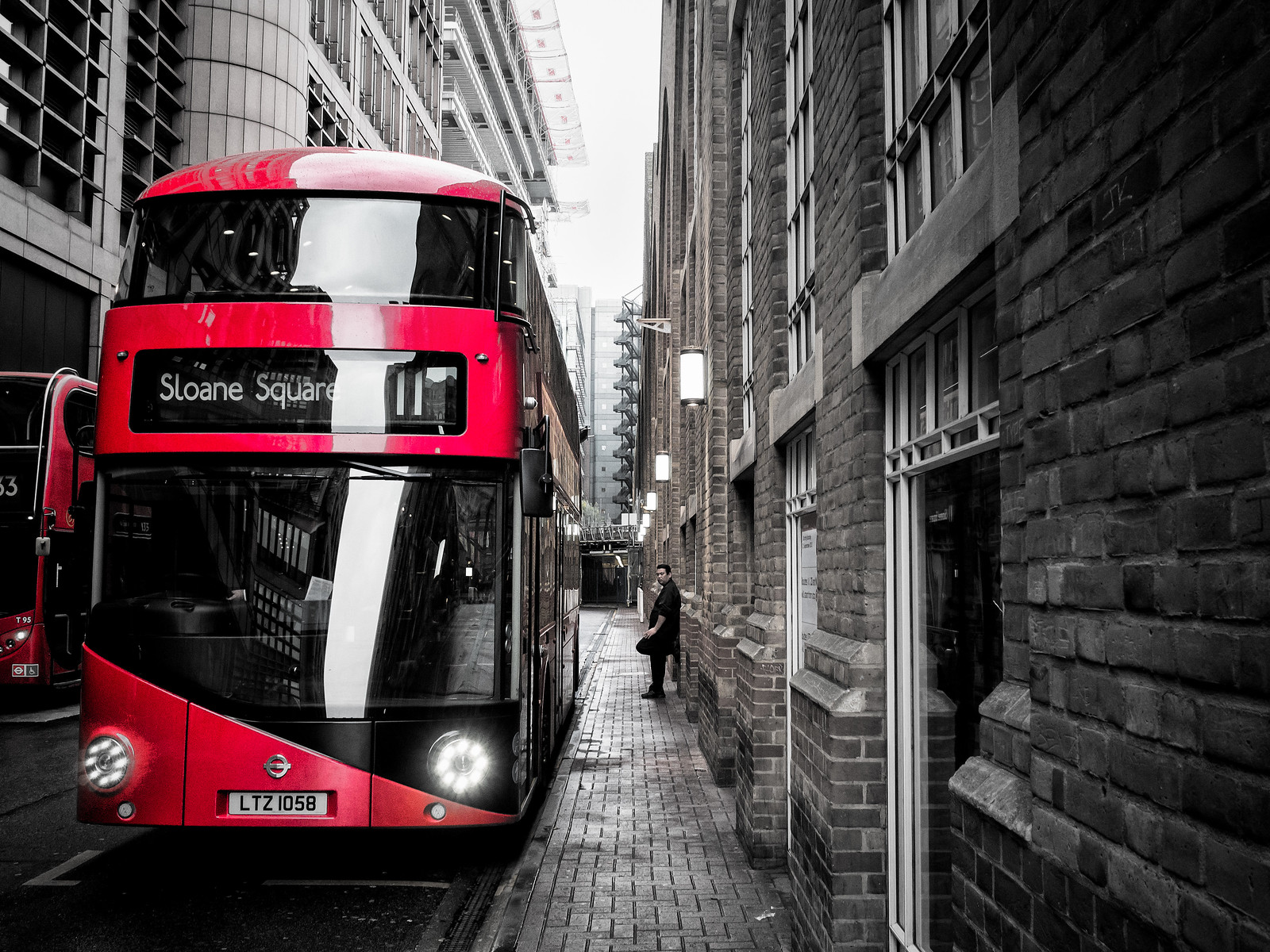 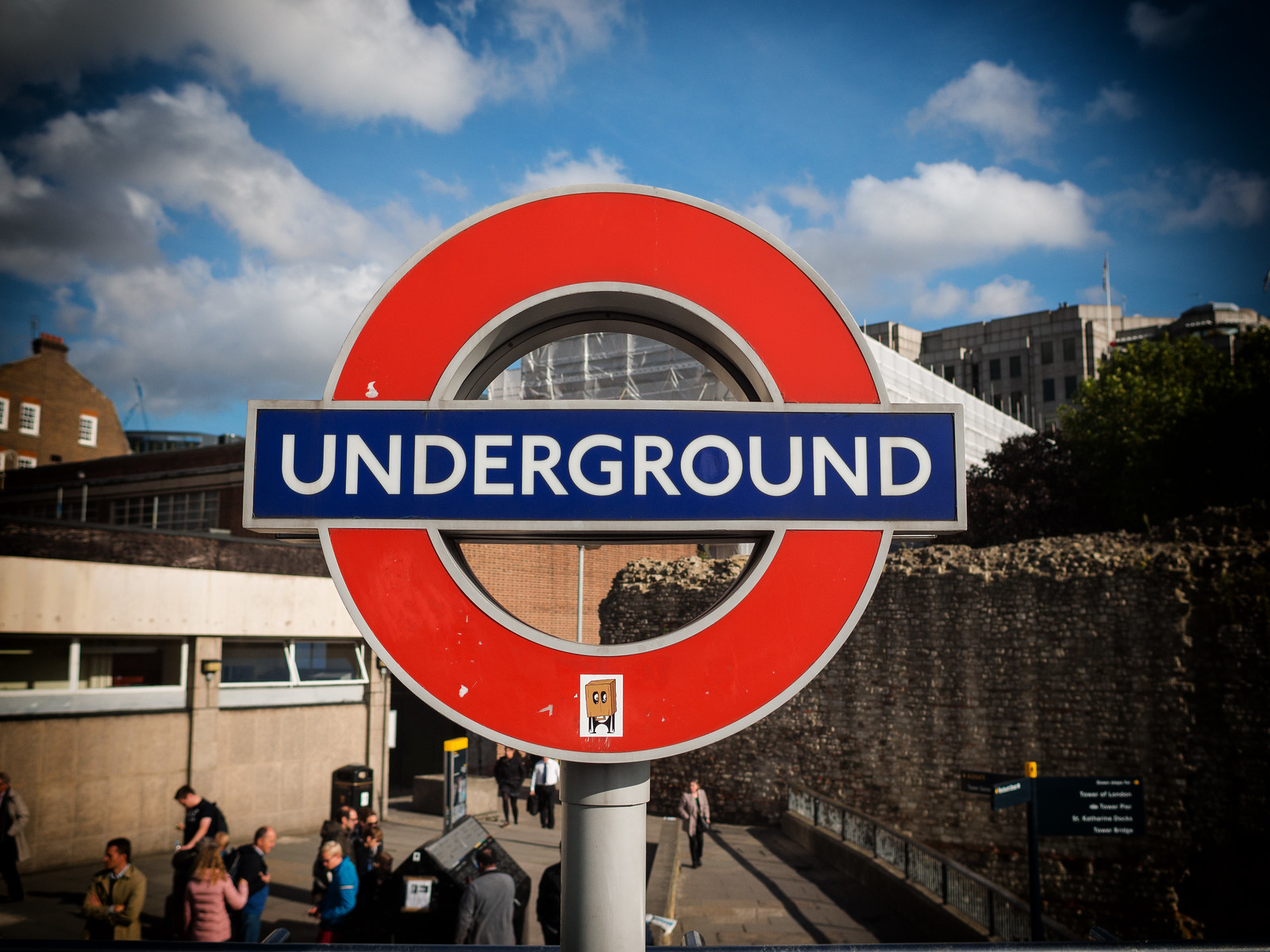 So to the OM-D E-M1. it’s a feature based improvement rather than sensor based. The sensor is, at its heart, still the same sensor from the E-M5. But that’s fine because it’s an excellent sensor.

It’s been added to with the addition of phase detect on sensor for improved CAF and tracking performance and the removal of its anti-aliasing filter, which should result in sharper output (but might result in moire). The camera also sports a variety of physical controls, a built in grip, improved body build quality (solid magnesium construction and much better quality buttons) and a much improved viewfinder (a version of the VF-4 used as an optional add on to the E-P5). 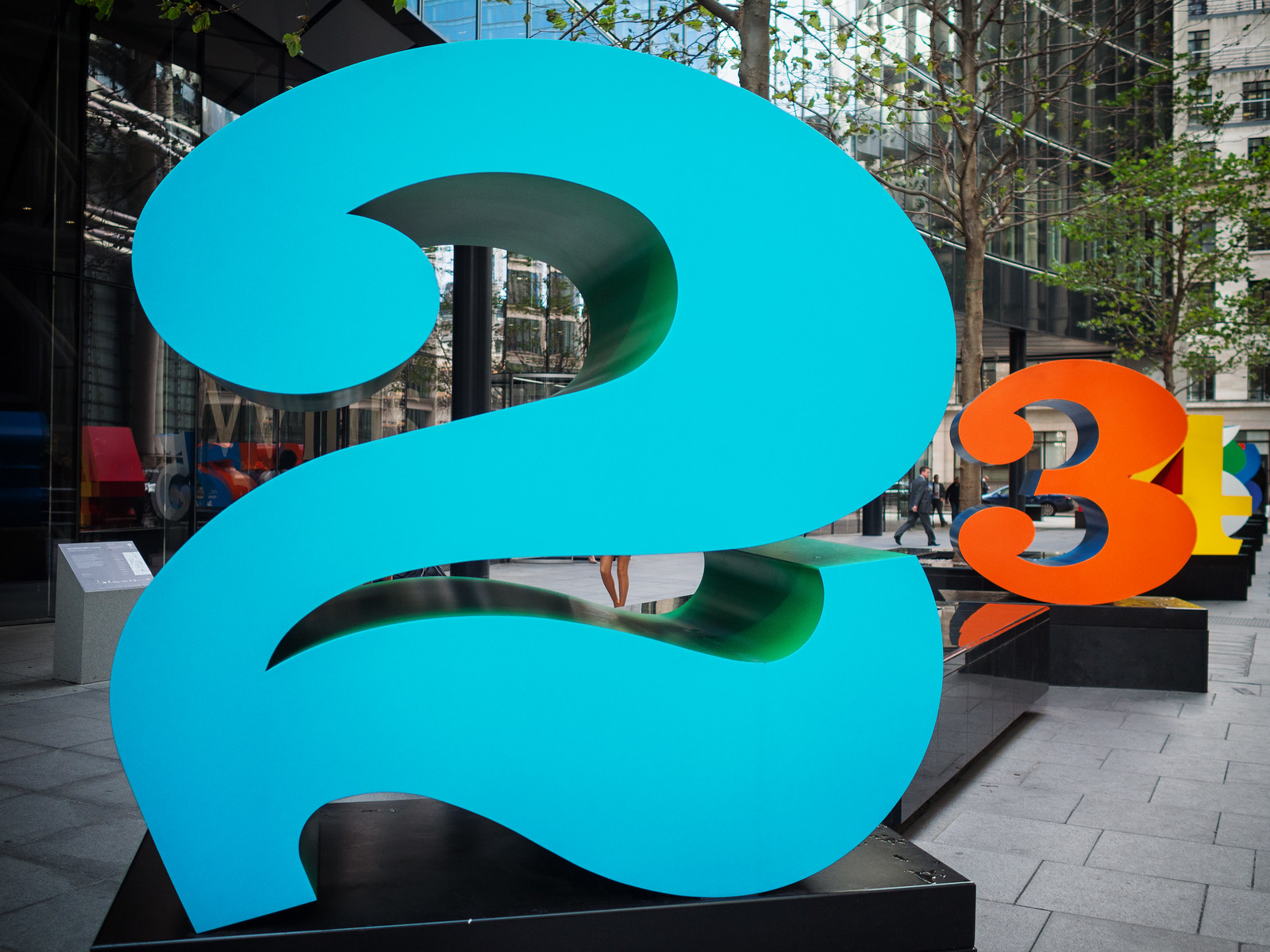 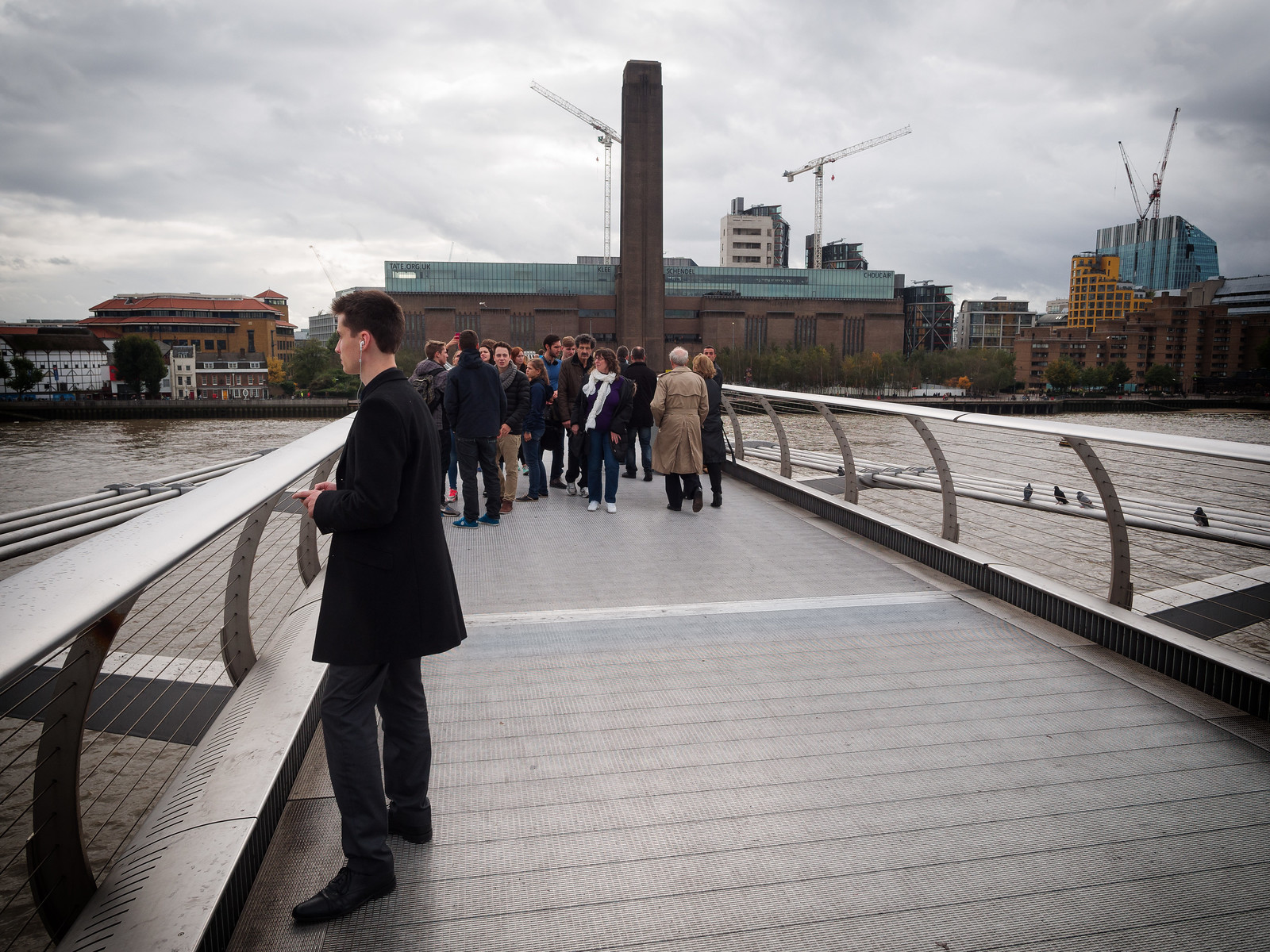 So why wasn’t I having fun with this camera. In essence its a bit less “look at me with my cool camera” and a bit more “capable of (almost) everything”. Capable of everything is a bit like being the kid who had A grades, was captain of the sports team and has the prettiest girl in school for a girlfriend – in other words, the camera equivalent of a total git… 😉 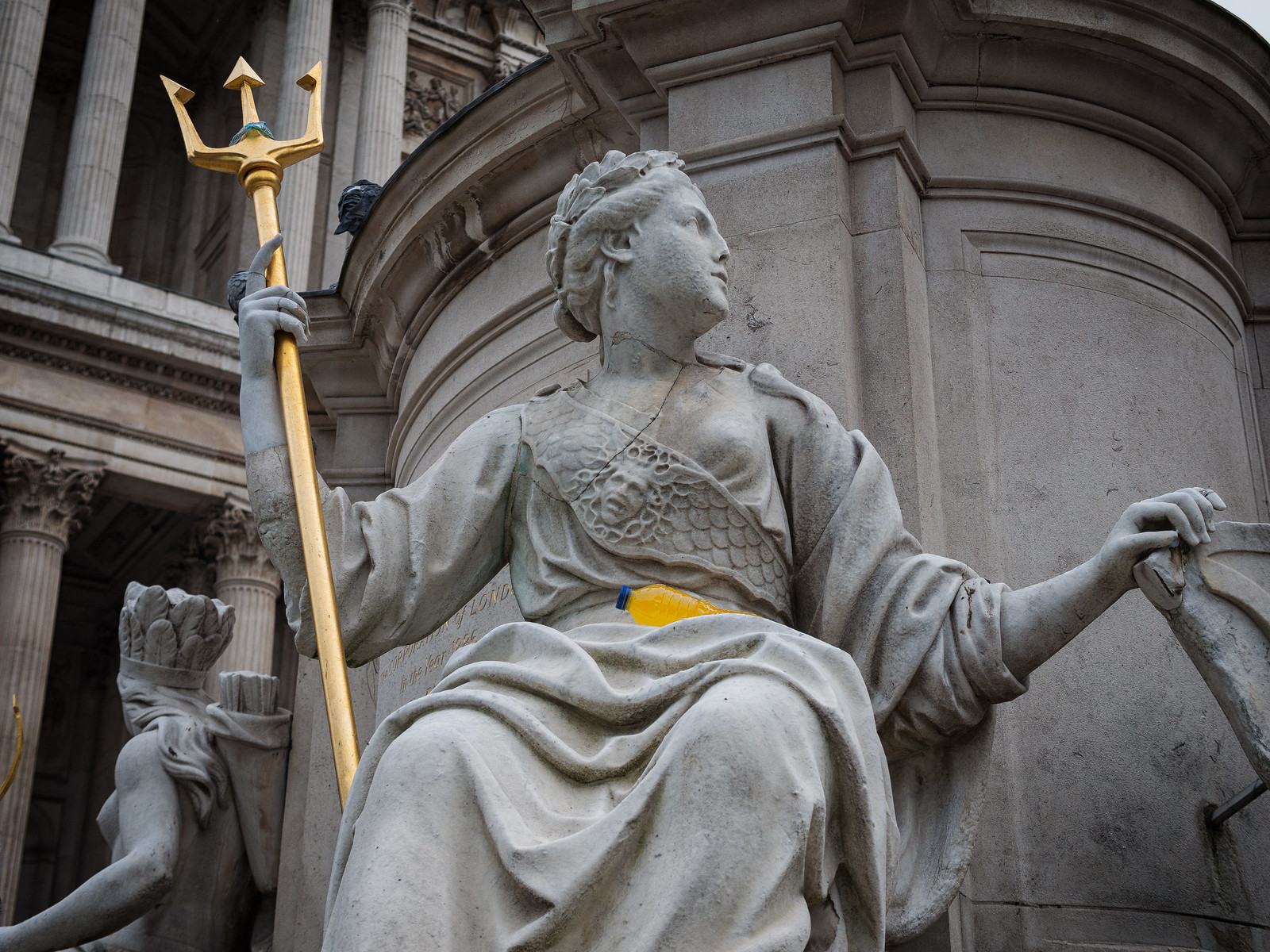 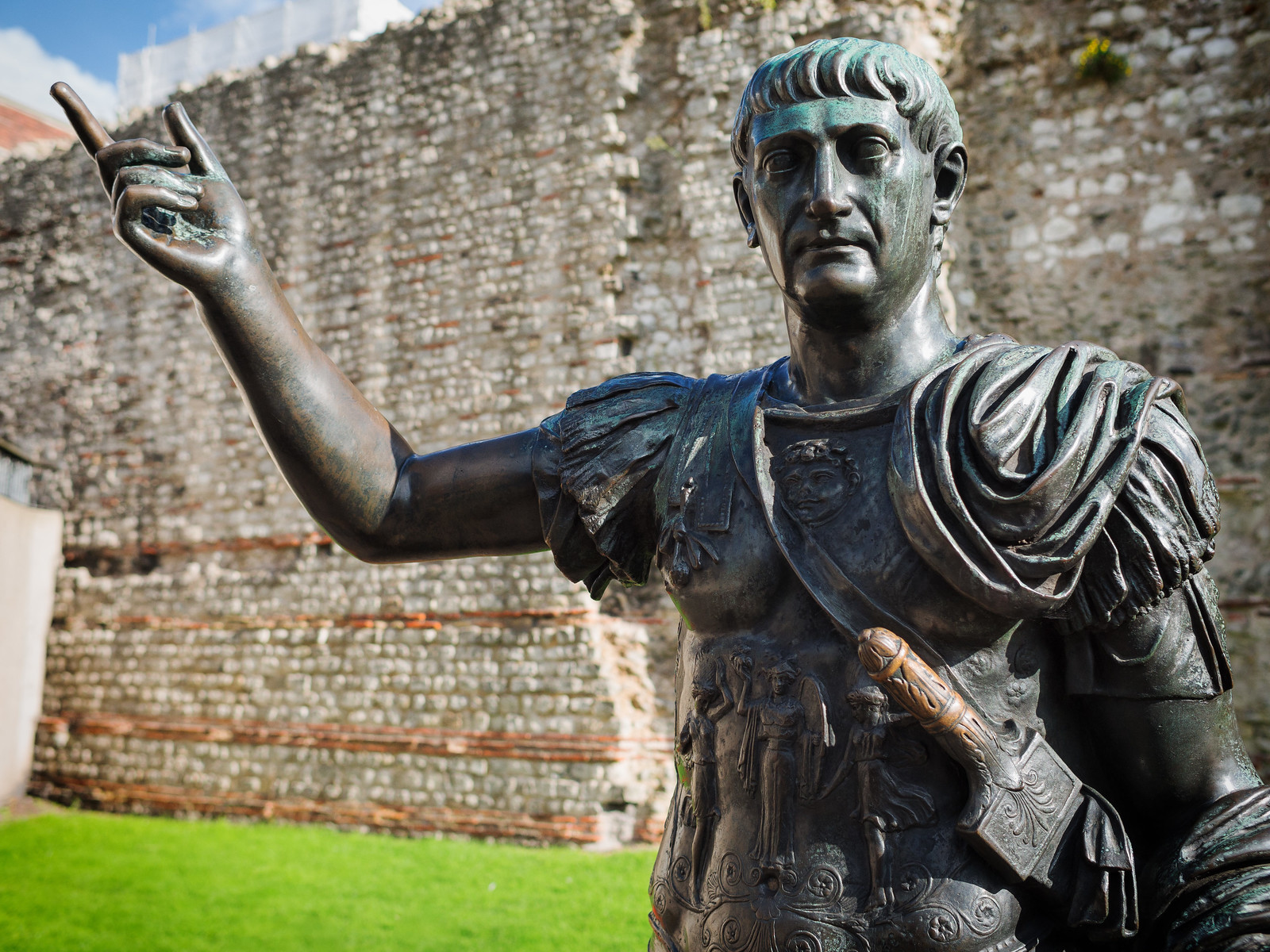 I jest, but there were somethings that really irritated me: (i) the lens release button seems to require more force to press, to the extent you have to grip the camera firmly with both hands to do it. I much prefer the equivalent button on the E-M5 and E-p5; and (ii) the plastic hotshoe protector is practically suicidal, it falls off all of the time. I think the culprit is the strange plastic tab at the rear that wasn’t present on the equivalent part on the E-M5. I also think on a camera with professional pretensions at least, the scene and art modes should be options that can be added to the mode dial, rather than the defaults. 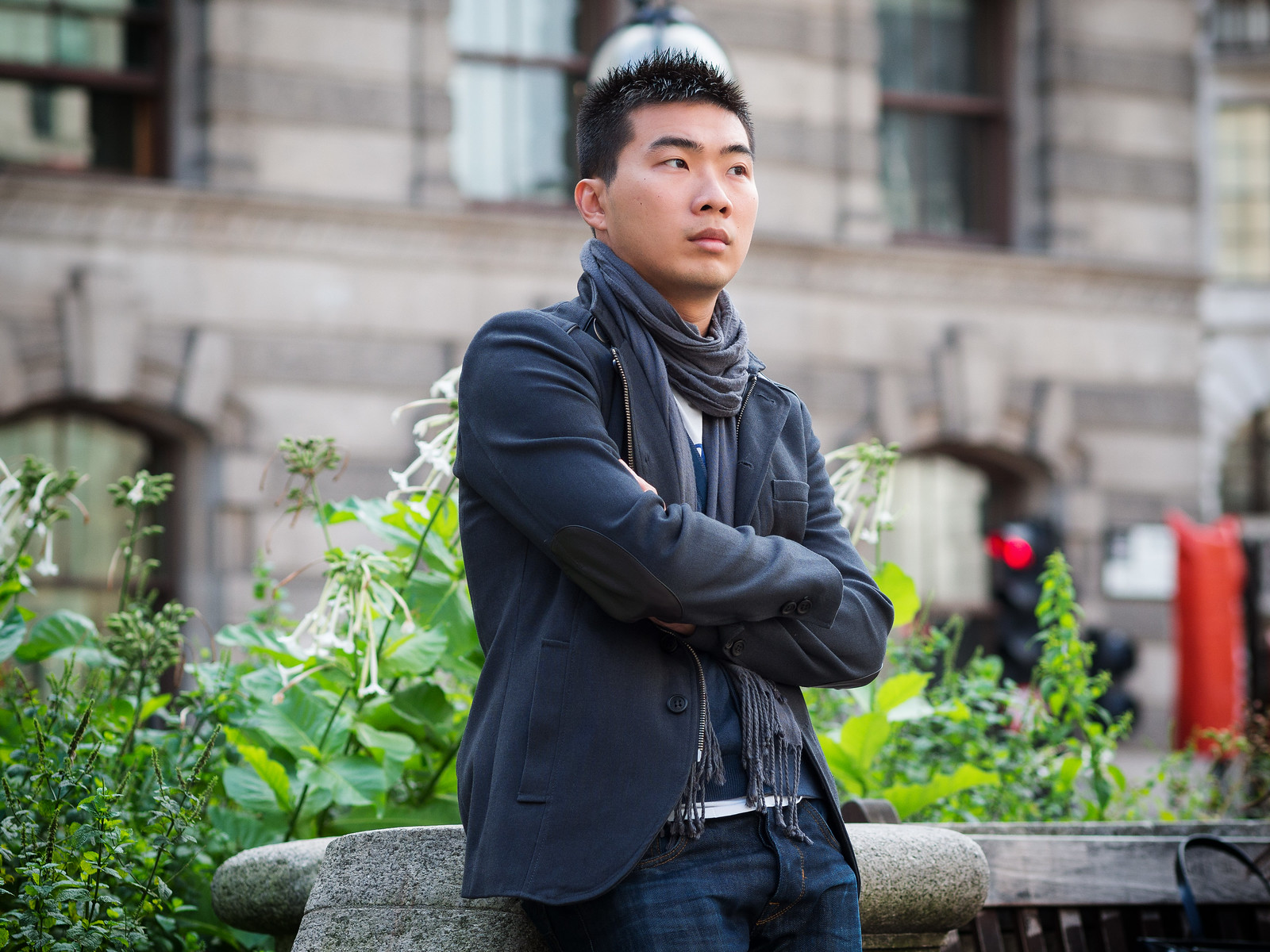 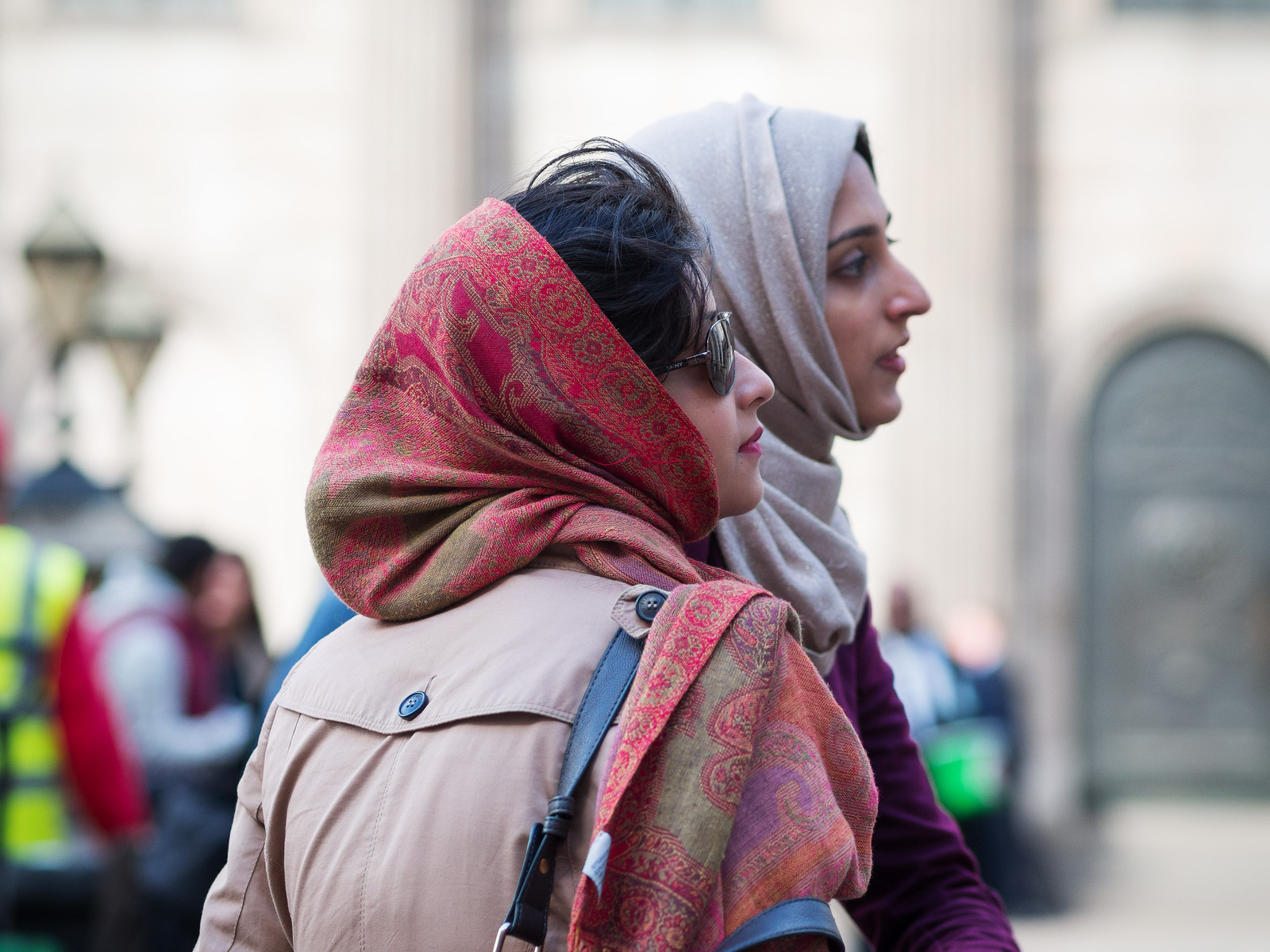 There is another issue that’s become evident with this camera. It’s got a very good sensor that’s been given extra resolution via the removal of the AA filter. That’s great, but it has a downside. It means that average glass looks a wee bit more average and decent glass looks a bit better. The equivalent in DSLR world I can think of offhand is when nikon created the D800E, its sheer resolution made some lenses look average. The best examples I can give are two members of the Olympus family of primes, the 12mm and the 75mm. I feel the 12mm looks a bit weaker on the E-M1 than it does on the E-M5 whereas the 75mm looks if anything sharper. In actual fact even images from lenses which do look a bit weaker will respond well to sharpening if the underlying image is sharp and blur free. Other lenses I noticed suffering included the Panasonic 14, 14-42 X and the Panasonic 7-14. The Panasonic 12-35 and 35-100, similar to the Olympus 75, look a little better if anything. The Oly 17 and Panny 25 are probably about the same. 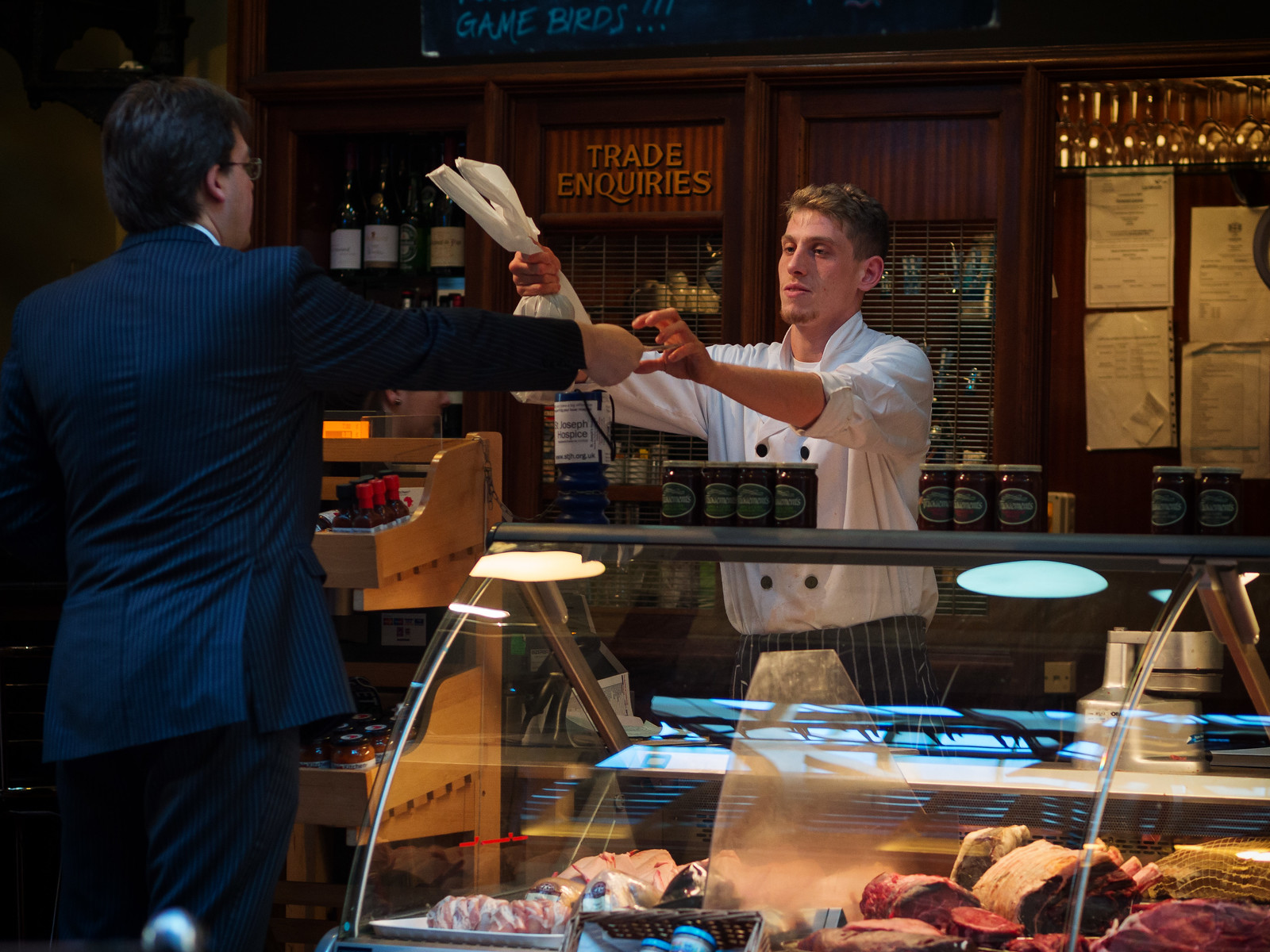 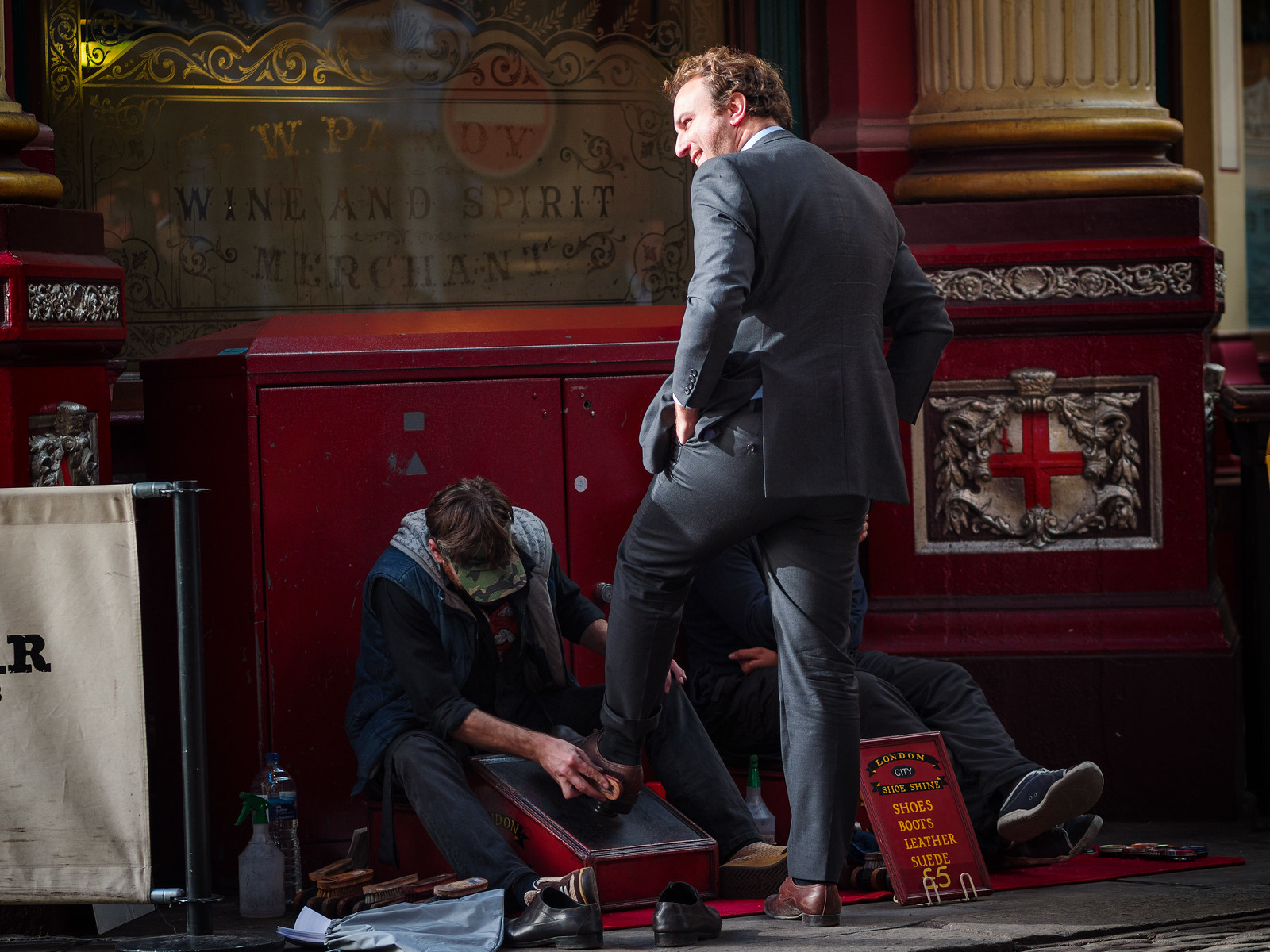 The flip side of this “issue” is that really great lenses shine with this camera. I found the results from the Voigtlander 17.5 just staggeringly good on the E-M1. The other side benefit is that it doesn’t feel out of proportion to the body at all. Once I hit my stride I began to love shooting with the E-M1. It just does exactly what you need, when you need it to and there is nothing standing in the way of getting a great shot. The controls are all there on the camera and in true Olympus fashion are infinitely customisable. 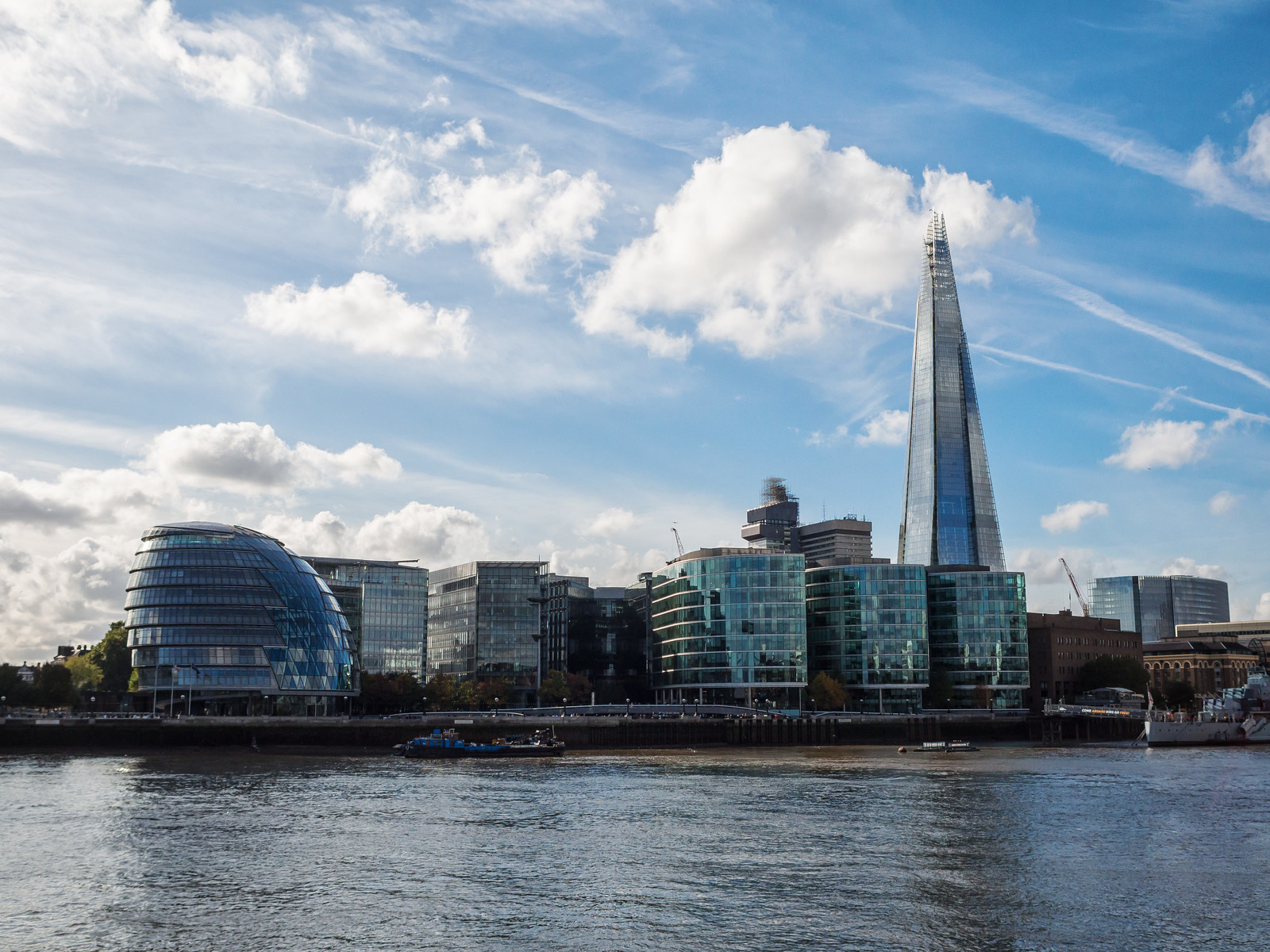 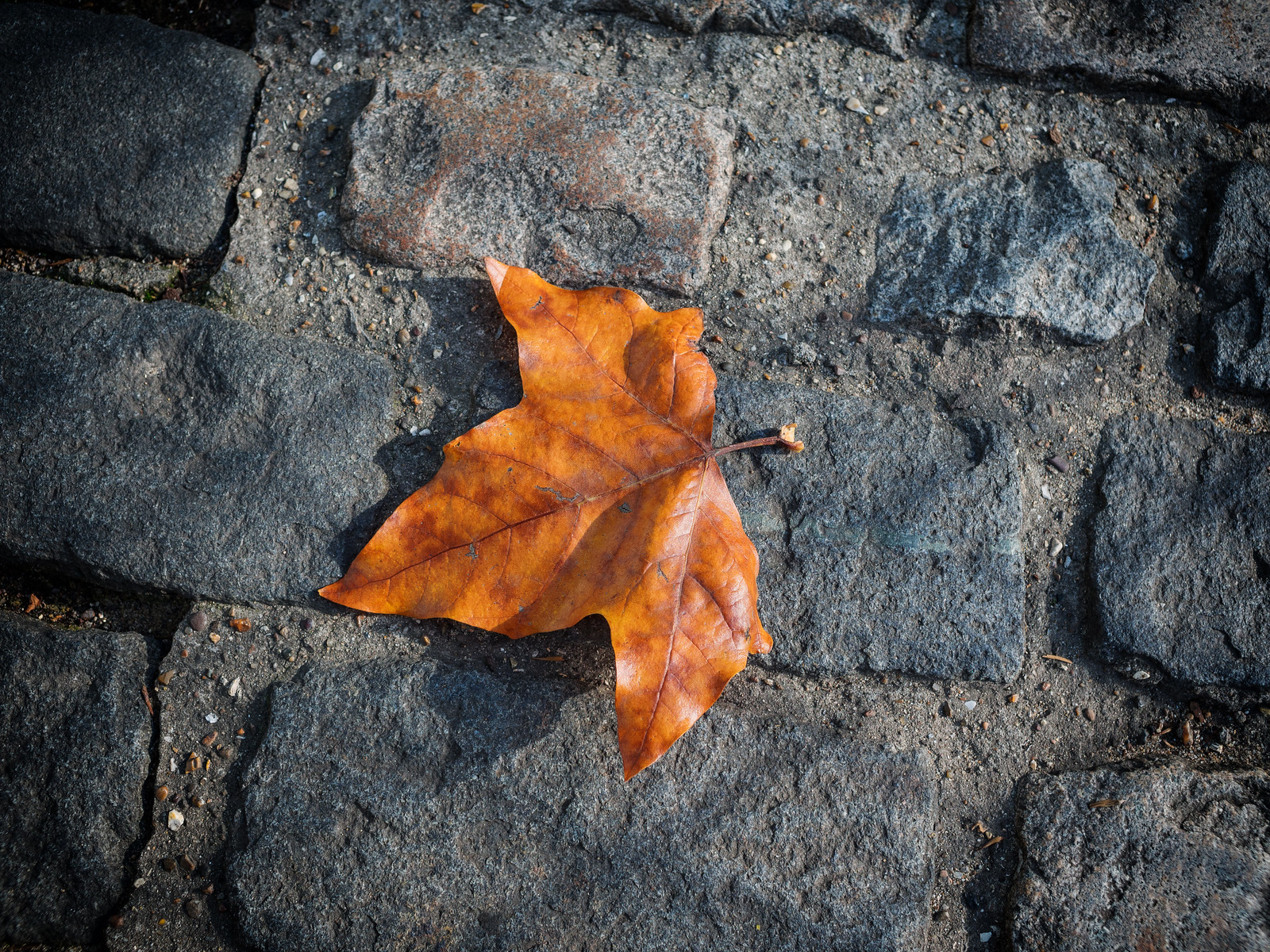 Just as with the E-P5 the 1/8000 shutter is a godsend for using fast glass. The shutter is also a wee bit quieter on the E-m1 too, despite its impressive burst speeds. The updates to using PDAF on sensor for continuous AF and video do provide improved performance, absolutely no doubt. However, it still doesn’t really rival an advanced DSLR PDAF system for focus accuracy on a moving target. 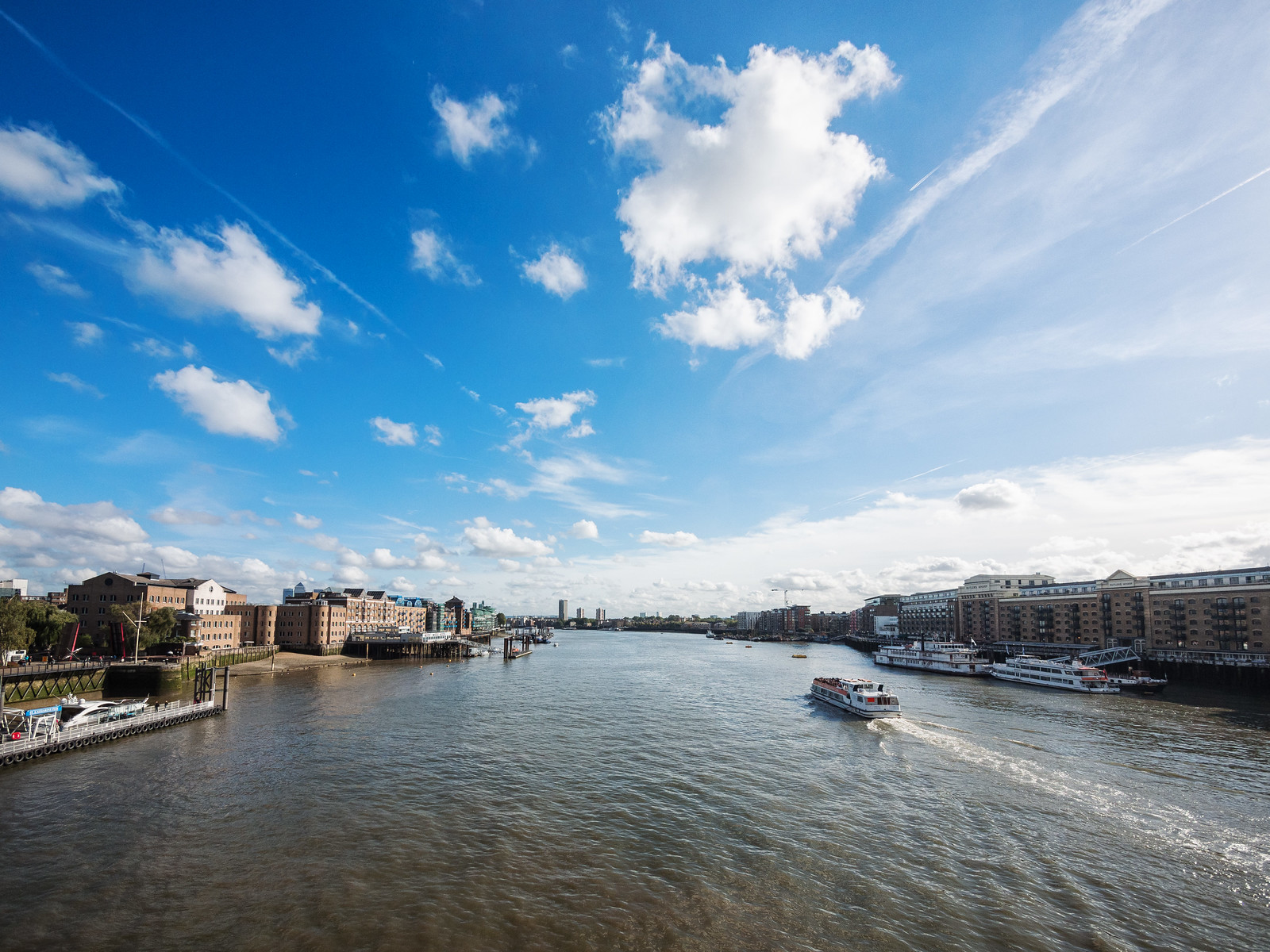 The battery is unchanged from the E-M5 and E-P5 which is both good and bad. Good because many manufacturers pointlessly change batteries with every generation of cameras and it’s a waste of money. Bad because the E-M1 does seem to eat batteries. I’ve not noticed it being in any way more economical with power. 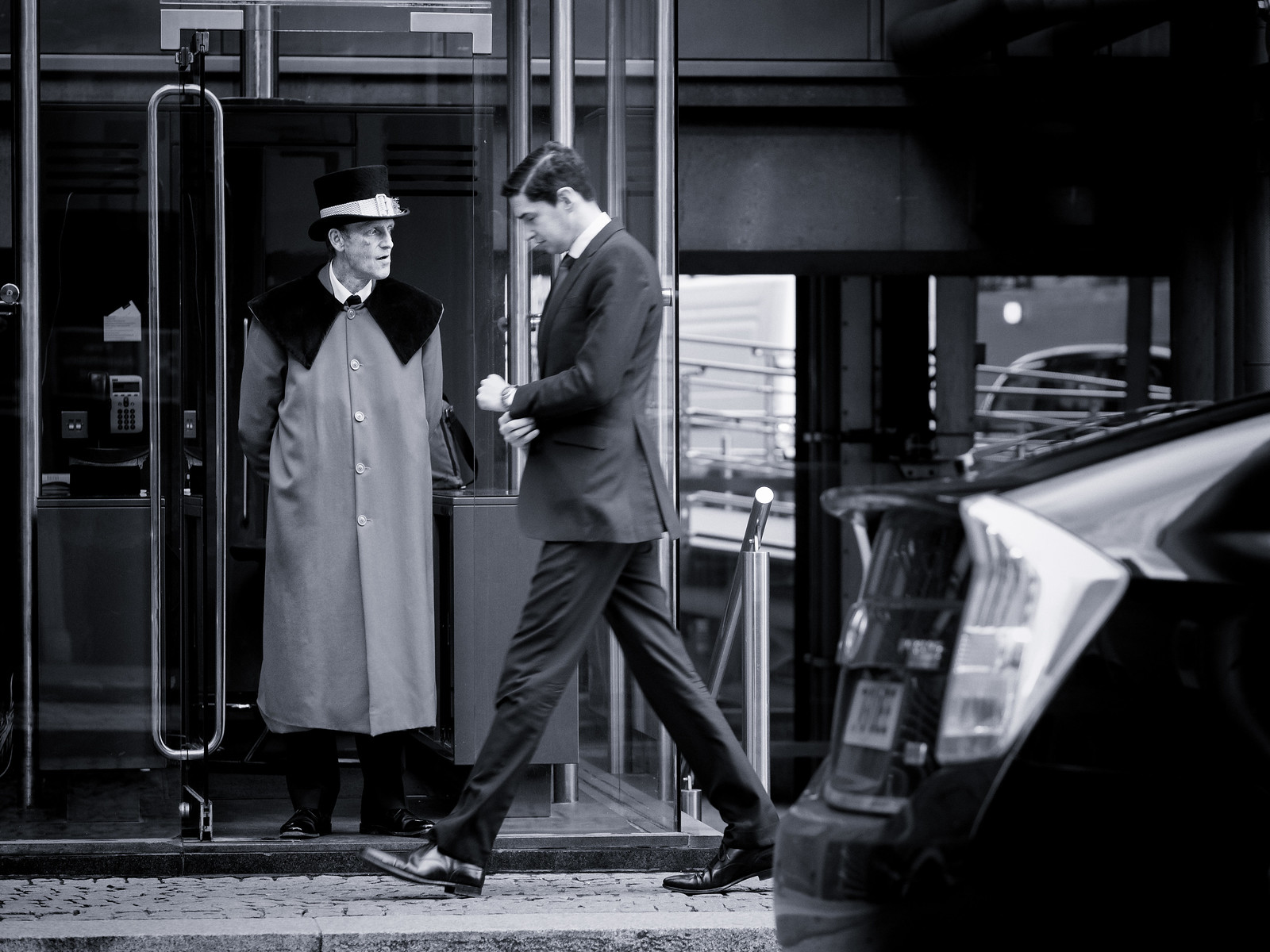 The viewfinder is just excellent, head and shoulders better than most other EVFs available today. It isn’t an OVF but it comes as close as an EVF can today. The rear screen is bright and clear too, and it’s still just as useful that it can be articulated. 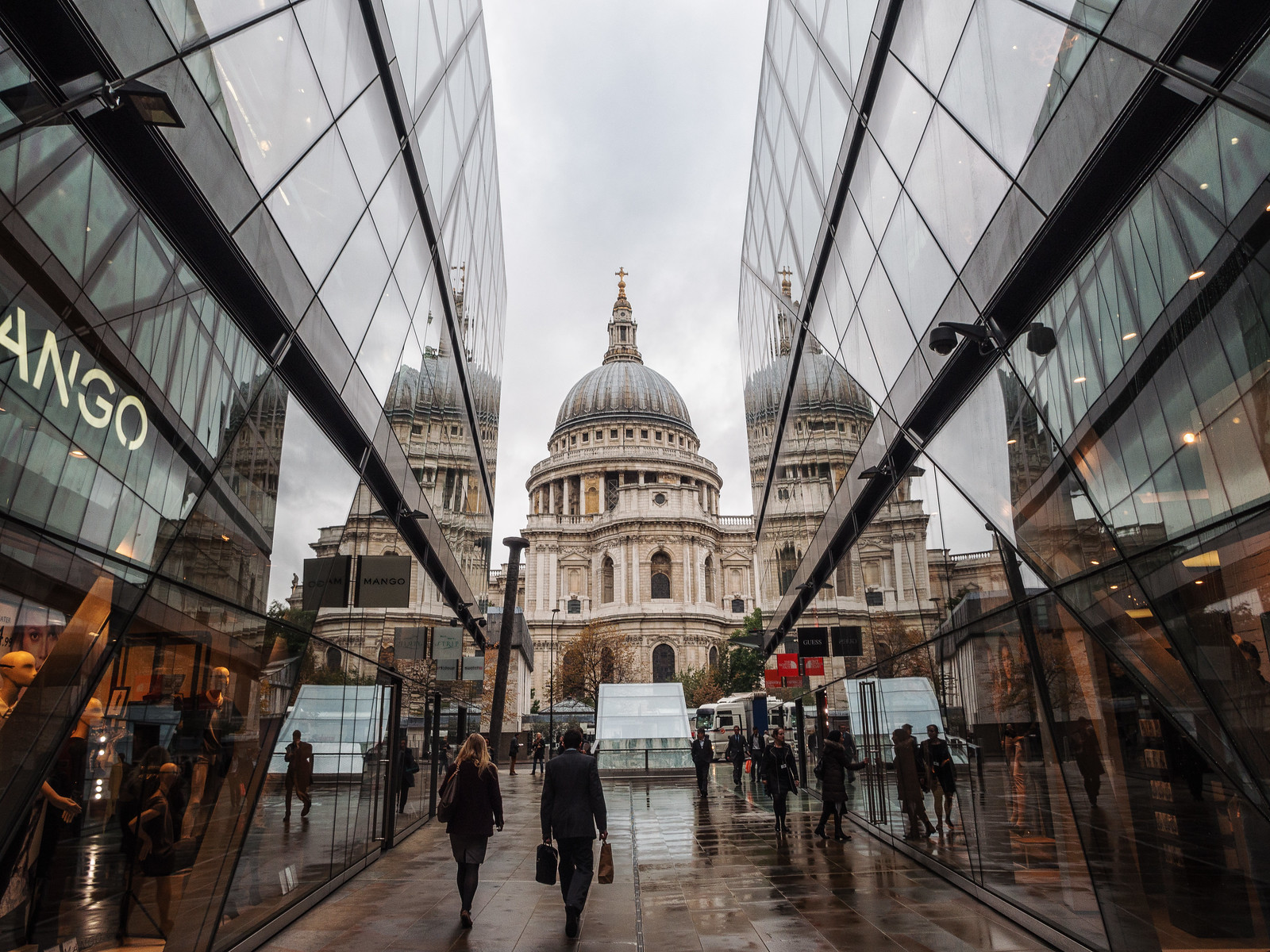 The IBIS is just incredible. You really can shoot at insanely low shutter speeds with it. It becomes even more useful in movie mode where it ends up functioning like a steadicam. It’s that feature which means this camera which otherwise isn’t very intersting videowise, becomes something of a useful camera for amateur filmmakers in my opinion. 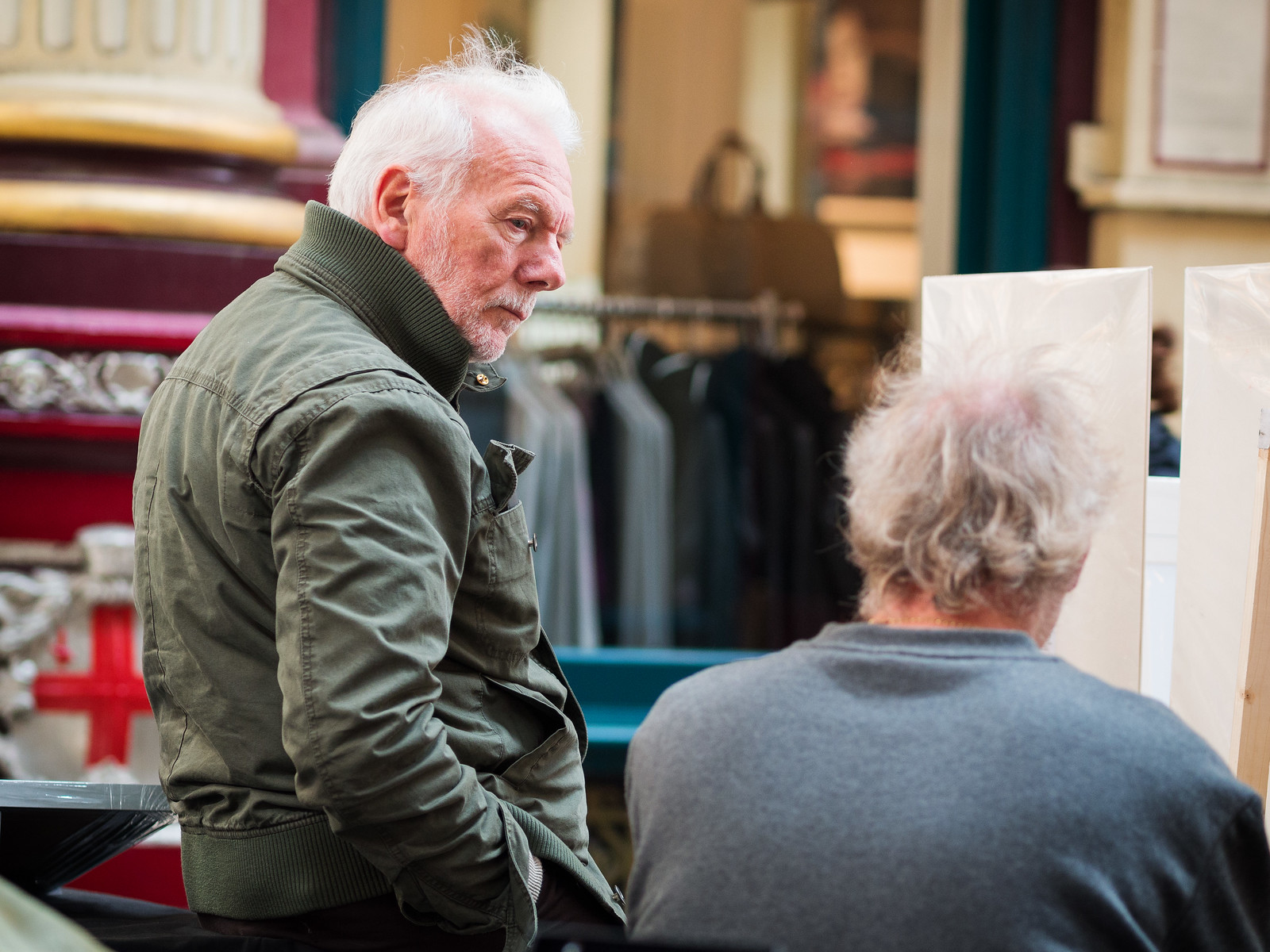 The addition of focus peaking is something which is handy, although I find that the best manual focus results are consistently obtained by use of the magnify function. I just don’t really like peaking as a focus method. 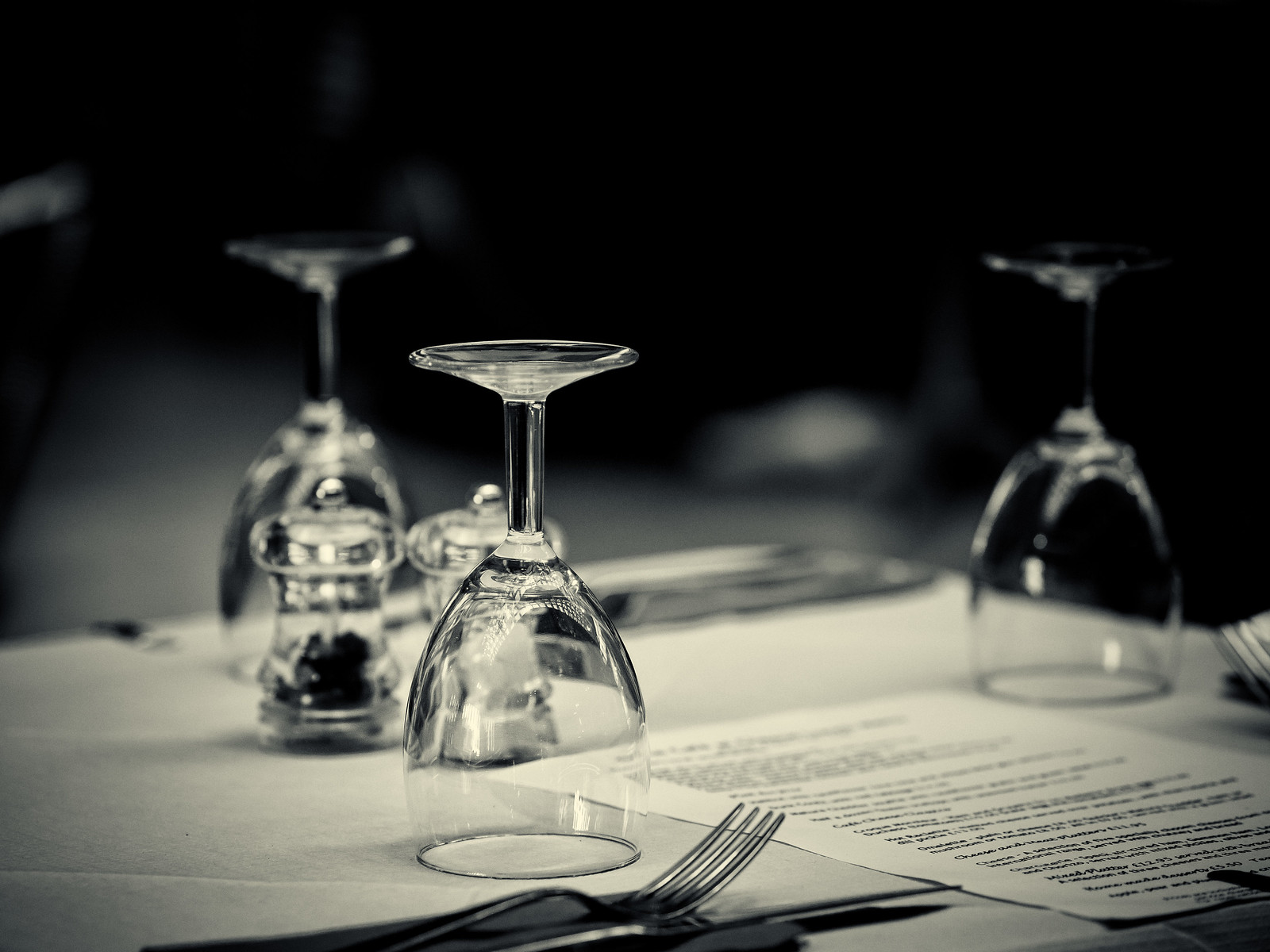 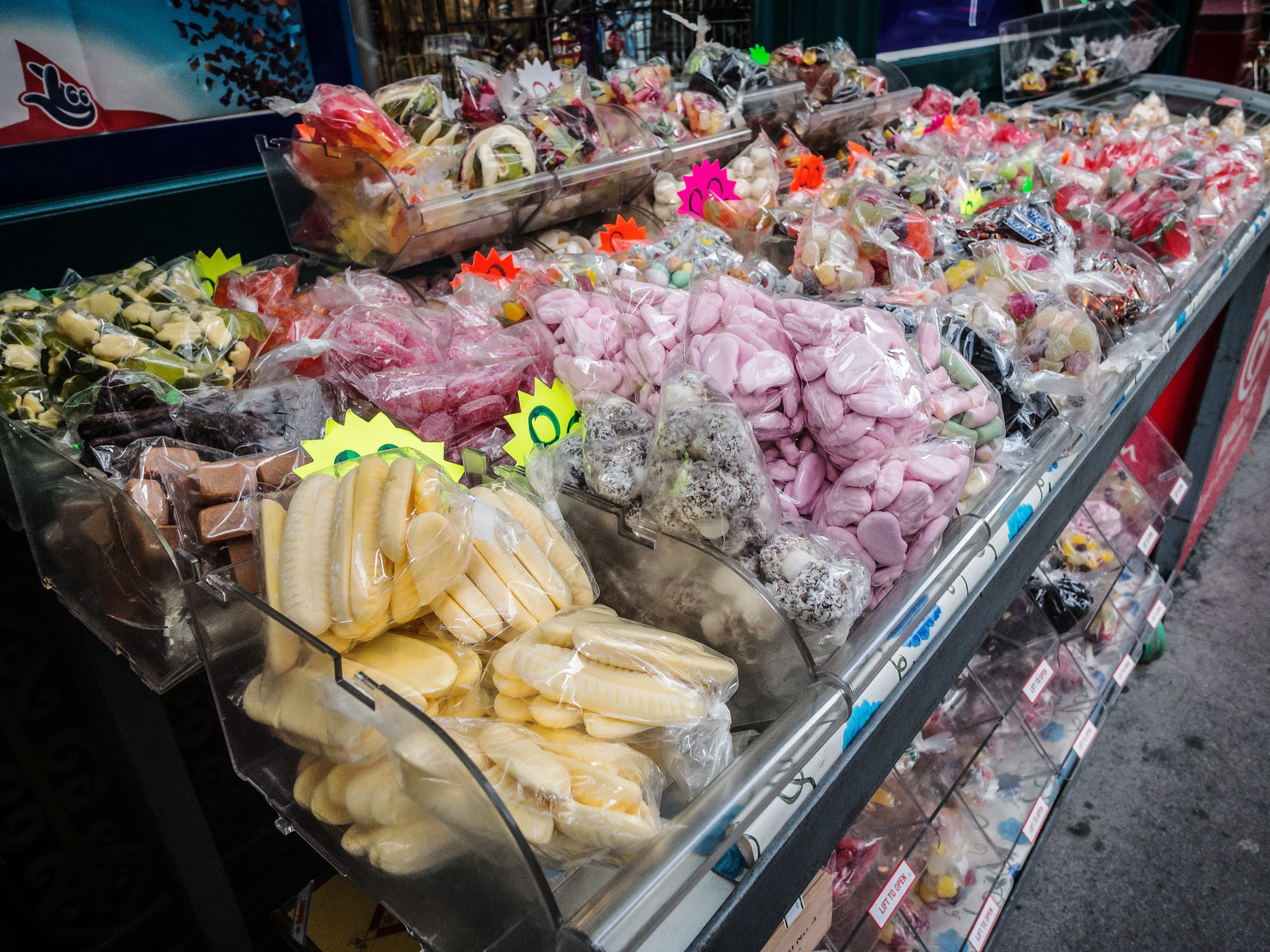 Another new feature over the E-M5 (but not the E-P5) is the introduction of Wi-Fi. If your experience (like mine) of wifi functionality is limited to transfer of pictures via eye-fi card at incredibly slow speeds, fear not because the Olympus system and app are very simple and very good. The only thing you need to remember to do is to shoot jpeg and RAW so that the camera has something to send over. You can also get away with compressed jpegs if you want to use them for social media. 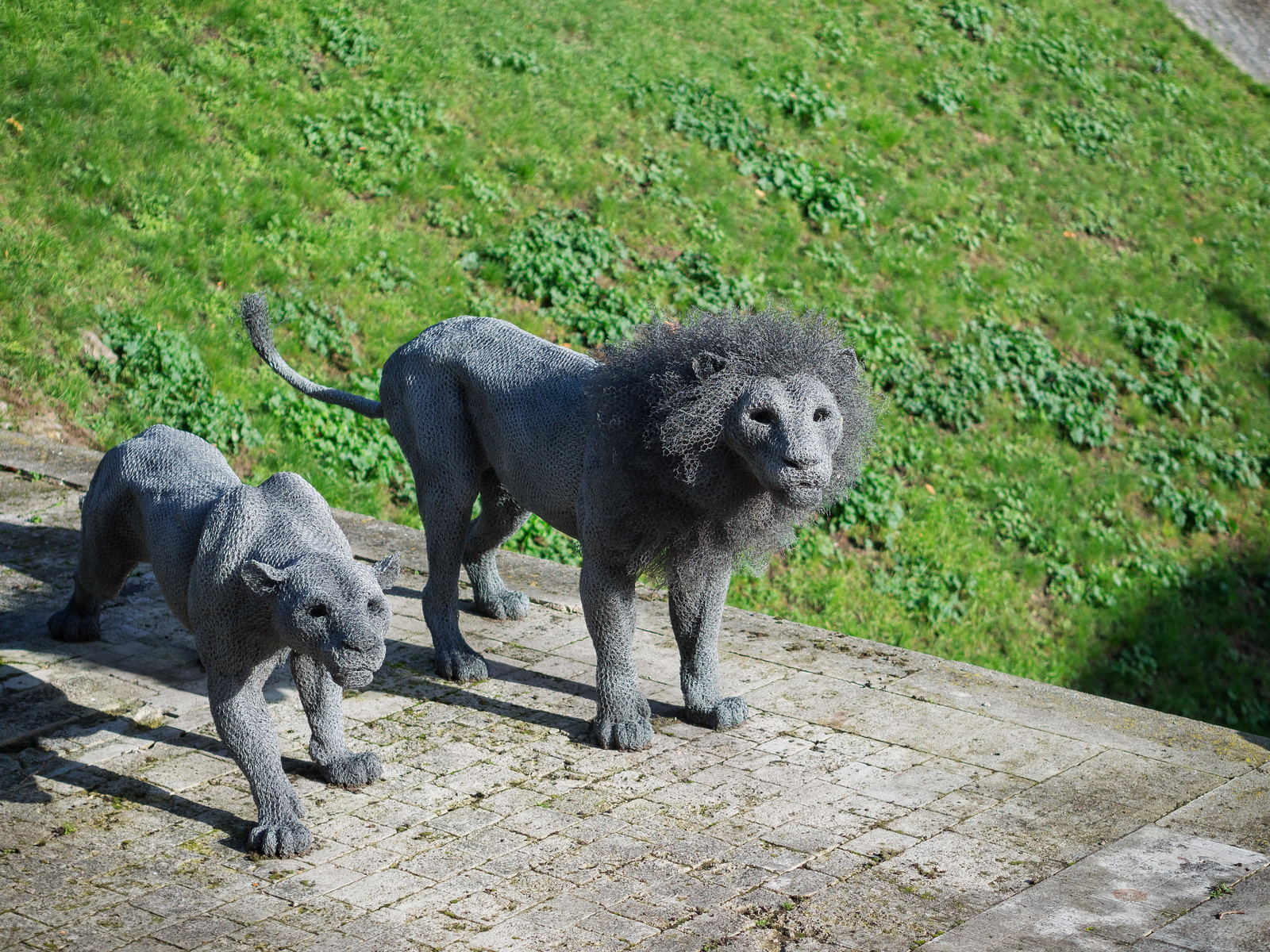 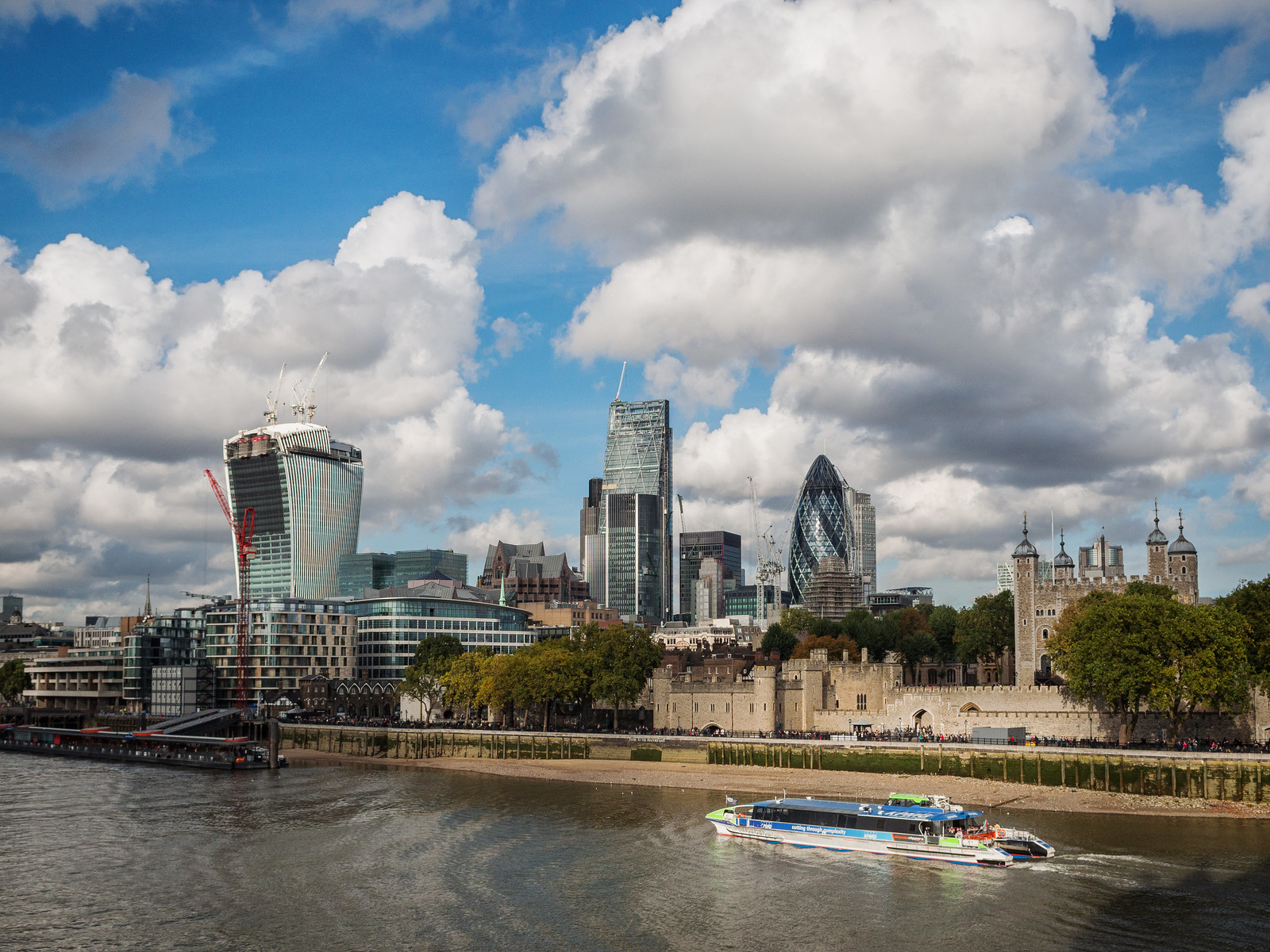 So all in all, I’ve ended up being very happy with the E-M1 and I do think it represents a solid improvement over the E-M5. What it isn’t is slip it in your top pocket cute, but neither was the E-M5 (really). It just does what it does, really very well indeed, and you’ll appreciate the results once you view them.

The E-M1 is available here