I was born in Oxford, and lived until the age of 11 in west Oxfordshire, on Abingdon Road in the little village of Standlake near Witney. My father worked in Summertown and later Eynsham for the National Farmers Union. I enjoyed growing up there, the towns and countryside were beautiful (Places like Witney, Eynsham, Chipping Norton, Carterton and Burford) and the people were friendly. One of the reasons I enjoy where we now live is that it reminds me of that time and place.

While Witney and the surrounding area has always had a beating conservative heart, I believe that is because people there have valued aspiration, hard work, community, tolerance and the ability to trade freely. I also remember that people are friendly and many have liberal and internationalist views. In the EU referendum people voted 54% to remain in the EU. 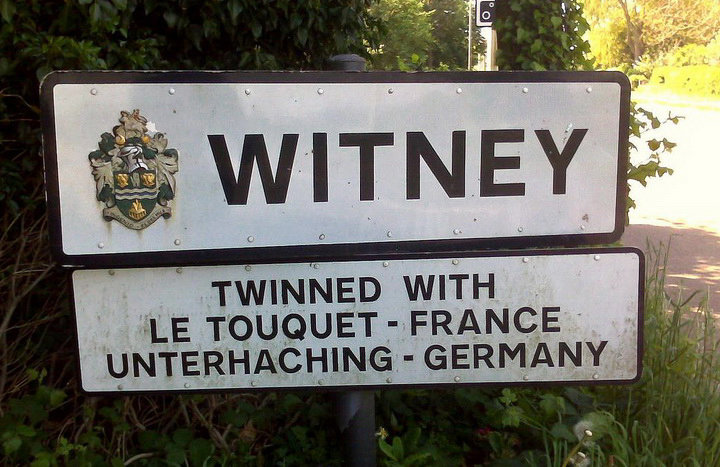 “”For me it is a political argument,” he said. “And that is the basis on which Margaret Thatcher fought that campaign [to stay in the common market] all those years ago. She believed that Europe needed increasingly to work together in order to pull its weight in the world.”

“It would be stupid to leave Europe after all these many years we’ve been involved … It is so stupid as to even contemplate – we could end up splitting up the UK and where would little England be left?”

But those who voted to leave are not some army of vandals at the gate. They had the best of intentions and wanted to do the best for them and their families but were misled by politicians who promised the earth and delivered the dirt. Of all of us, leave voters should be the most angry with leave campaigners.

I can’t stand by and watch the by-election in Witney happen without doing something. Voting for another Conservative candidate who is reportedly a leave campaigner himself will not address the problem in this country. Voting for a well intentioned candidate from the Labour party who cannot win and backs a soft brexit in line with party policy will not change anything.

The problem this country faces is brexit. It has not happened yet.

The problem this country faces is brexit. It has not happened yet. It needs to be opposed and defeated, by all of us, regardless of how we voted in the referendum or at the last election. People who voted for it may not realise it but it is an attack on the values of this country; its a betrayal of the people of this country and it will destroy our country. Not all at once, but given enough time.

That’s why I’ll be visiting Witney constituency in the coming weeks to campaign for Liz Leffman, the Liberal Democrat candidate. I’m not, at the time of writing this, a Liberal Democrat. I’ve voted for Labour and the Conservatives at recent elections. But this country is a runaway train heading for a chasm. Someone needs to pull on the brakes and the only ones doing that now are Tim Farron and the Liberal Democrats.

If you want to help in Witney, you can contact or donate to the local Liberal Democrats:
http://www.libdems.org.uk/witney

Alternatively you can join the all party tactical voting campaign against brexit, Vote for Europe, who will be active in Witney and campaigning for Liz Leffman too:
http://www.voteforeurope.org.uk

Photography sourced from publicly available sources under creative commons licenses. Sadly, my time in Witney predates me being able to use a camera!