Make the lie big, make it simple, keep saying it, and eventually they will believe it. Adolf Hitler

Facts have been thin on the ground in the UK post the referendum result. Some newspapers, like the Express, read like they are straight out of a banana republic (though thankfully they’ve been forced to withdraw some of their most abject anti-EU propaganda). One lie continuously repeated by leavers is that the EU is an undemocratic organisation packed with faceless bureaucrats. I want to explore that in a post today. 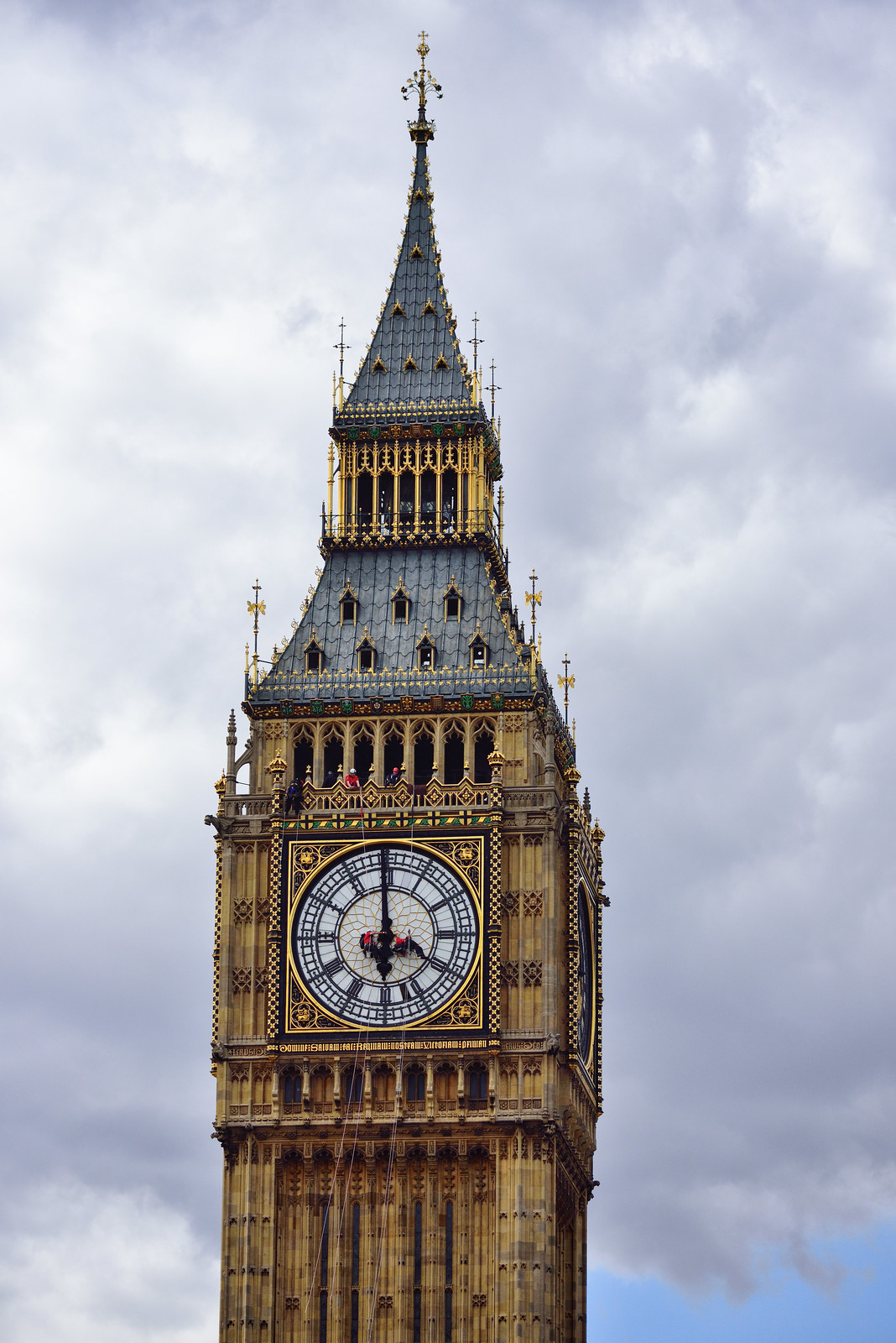 The above description is a bit odd, particularly from the perspective of a country with first past the post elections and an unelected second chamber of parliament. But regardless, how does the EU work? Here are the institutions in all their glory together with an explanation of what they do and how they all fit together. Fitting together is key, because what you’ll see below is that the aggregated whole is very democratic, but individual pieces of the puzzle can be made to look odd in isolation (which is the favourite trick of those suggesting the EU lacks democracy). Hopefully by the end of this post you can begin to see from the below that descriptions provided by your local kippers are wildly off the mark… 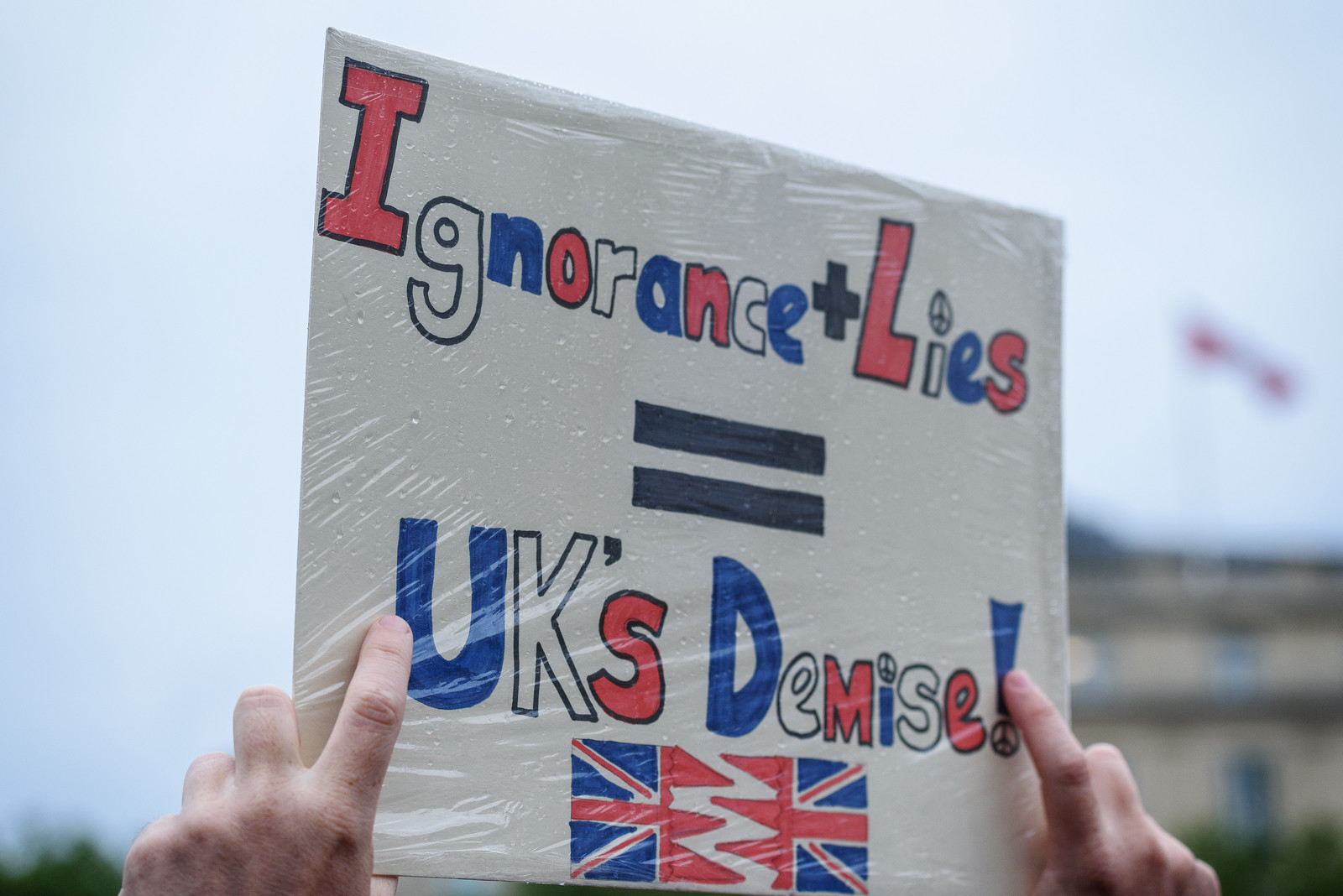 The European parliament is not democratic? It is considerably more democratic than the UK parliament by virtue of being directly elected by way of proportional representation. Its powers are extensive: just as the UK parliament does, members review and pass legislation and have the power to block the Commission’s budget. In fact the parliament has the power to force the commission to resign, which they’ve never had to exercise because the time it became relevant the commission resigned before they could be pushed. The critique often raised is that the parliament has no power to initiate legislation and while that’s true it’s a twisting of the truth to use that to attack EU democracy, as we’ll see below. 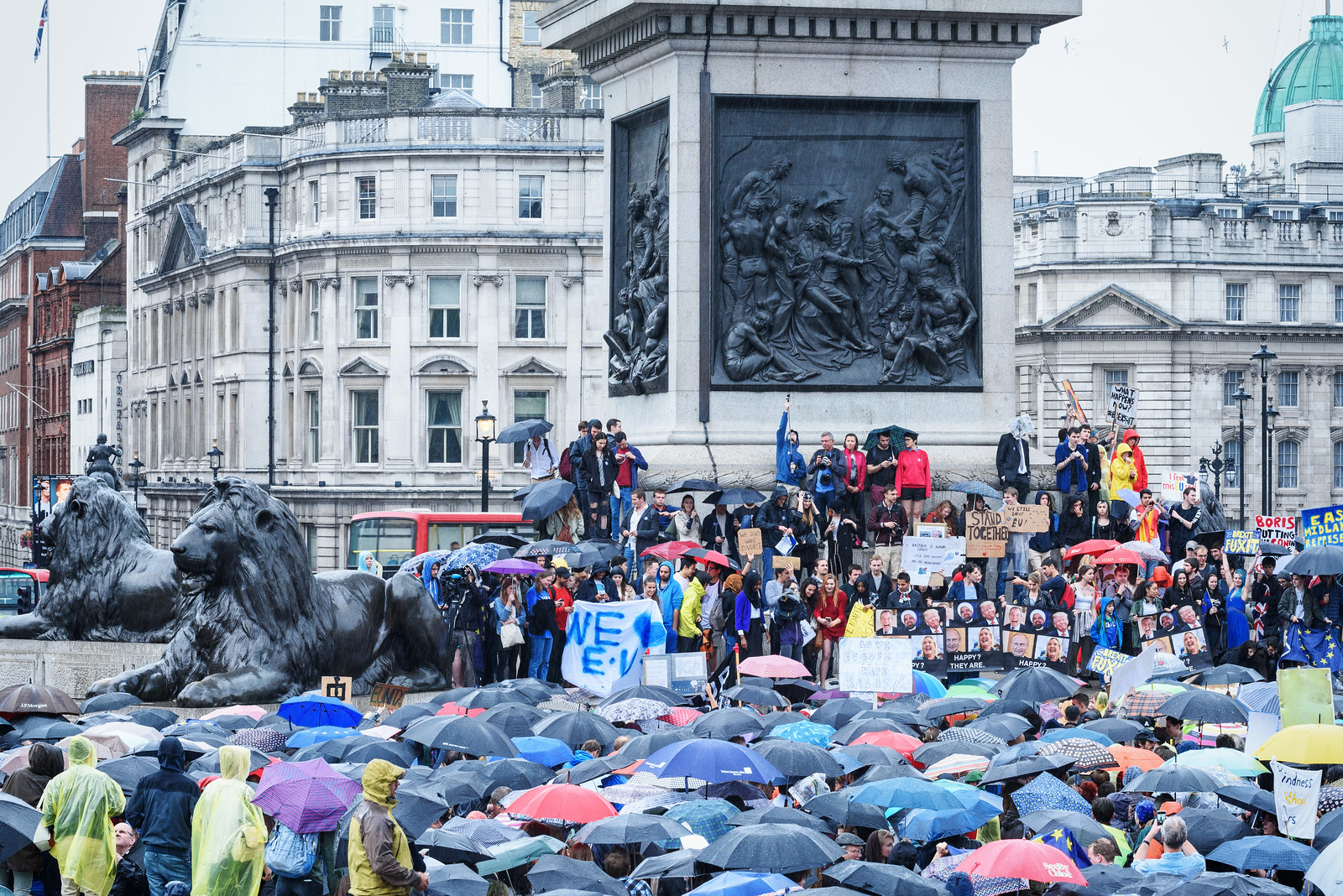 The Commission’s main roles are to: 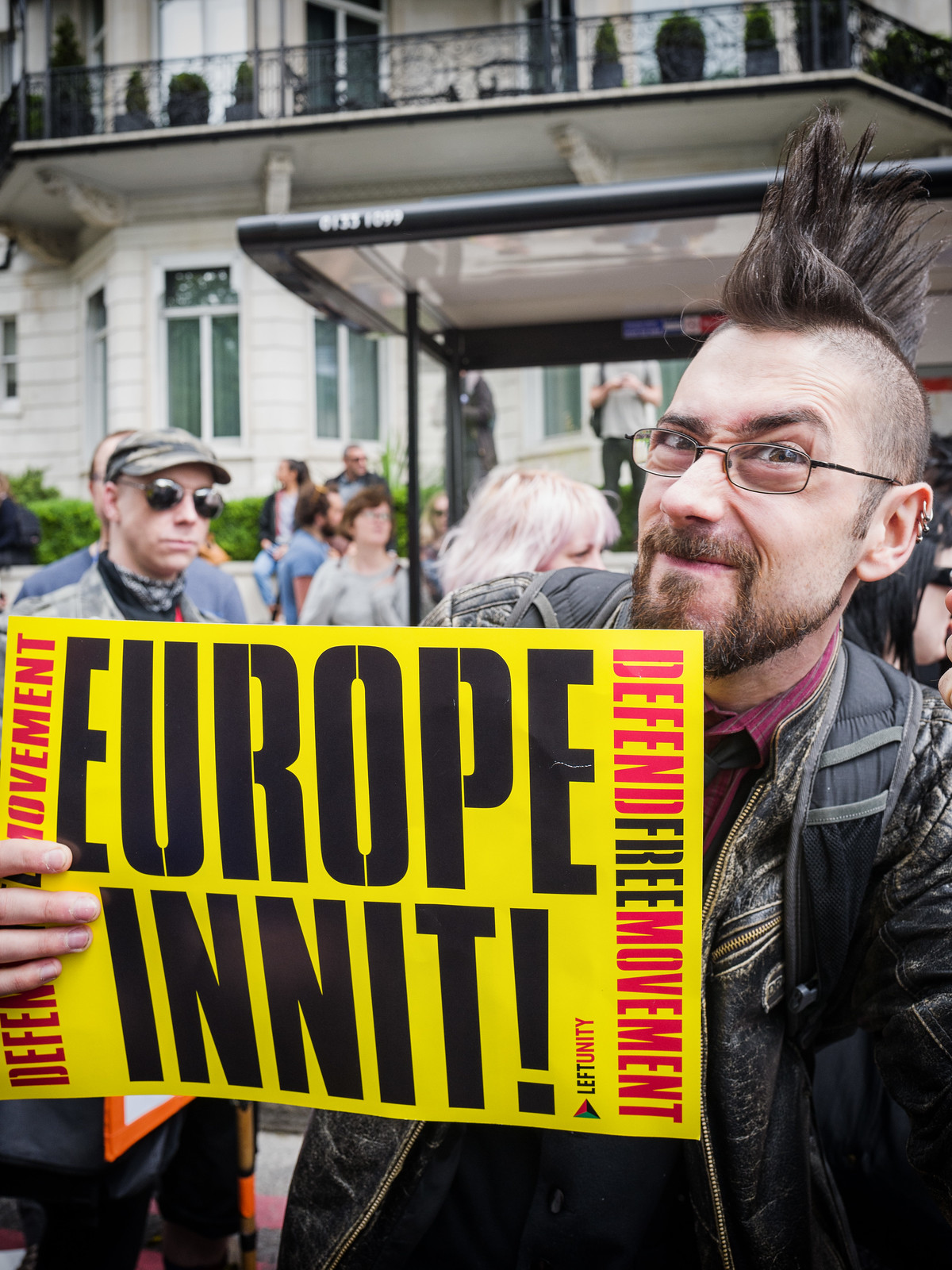 A European citizens’ initiative is an invitation to the European Commission to propose legislation on matters where the EU has competence to legislate. A citizens’ initiative has to be backed by one million EU citizens, coming from at least 7 out of the 28 member states. A minimum number of signatories is required in each of those 7 member states. How exactly is it undemocratic for people to initiate laws directly?

What about elected national leaders, aren’t they sidelined by the commission? The European Council defines the EU’s overall political direction and priorities. It is not one of the EU’s legislating institutions, so does not negotiate or adopt EU laws. Instead it sets the EU’s policy agenda, identifying issues of concern and actions to take. It is comprised of the directly elected heads of state or government of the 28 EU member states, the European Council President and the President of the European Commission. On each issue it deals with, the European Council can either: (i) require the European Commission to make a proposal to address it; or (ii) pass it on to the EU Council of Ministers to deal with. So it can been seen that the source of the proposals made by the commission isn’t their own whims – their priorities are set by the EU heads of government. 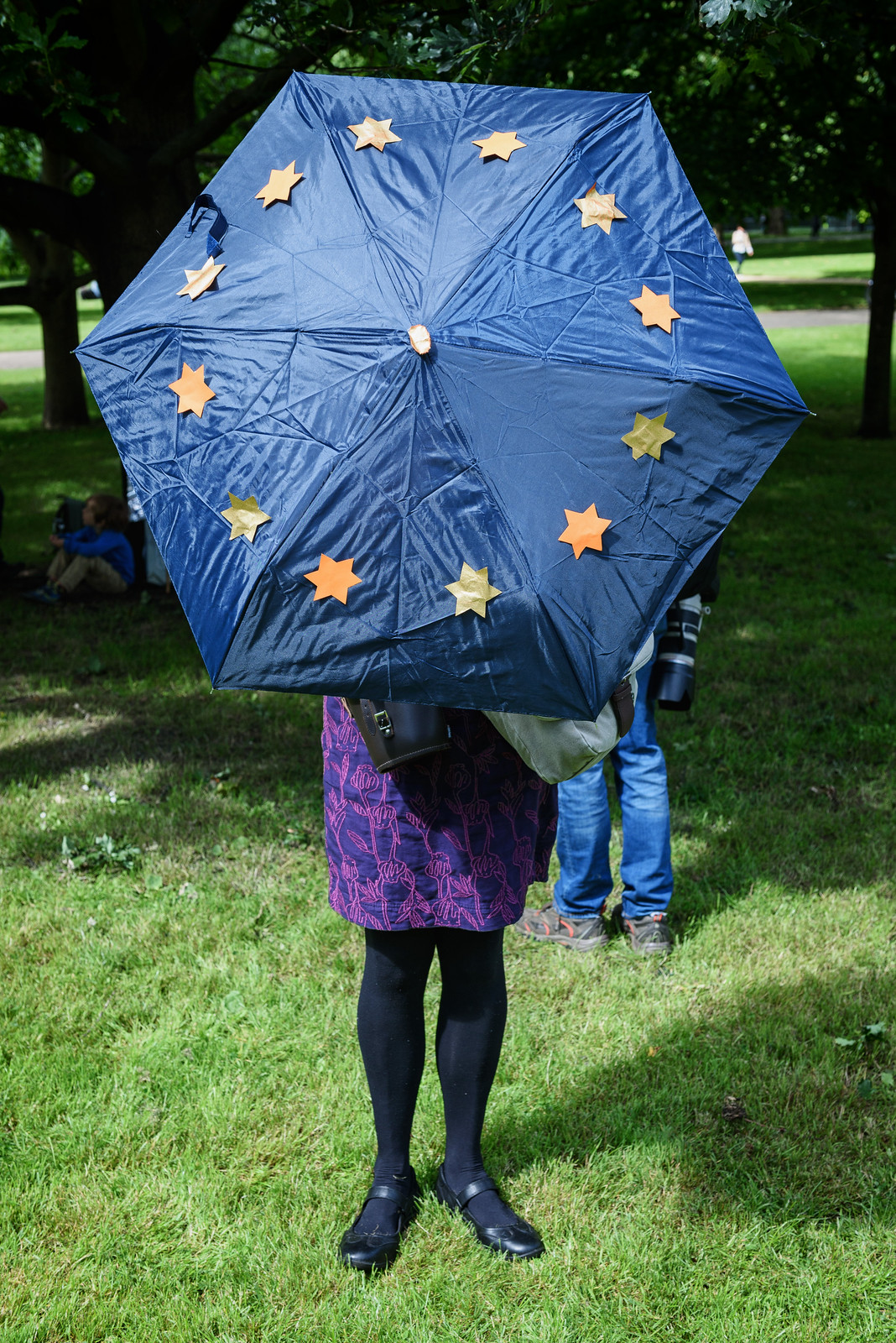 5. The European Court of Justice

The ECJ is biased against the UK? The Court of Justice interprets EU law to make sure it is applied in the same way in all EU countries, and settles legal disputes between national governments and EU institutions. It is not the same thing as the European Court of Human Rights (ECHR), a separate organisation which is independent of the EU. If the UK left the EU tomorrow, it would still be part of the ECHR.

The ECJ can also be used by individuals, companies or organisations to take action against an EU institution, if they feel it has somehow infringed their rights. It is politically neutral, just like the UK courts and the judges are appointed from member states. 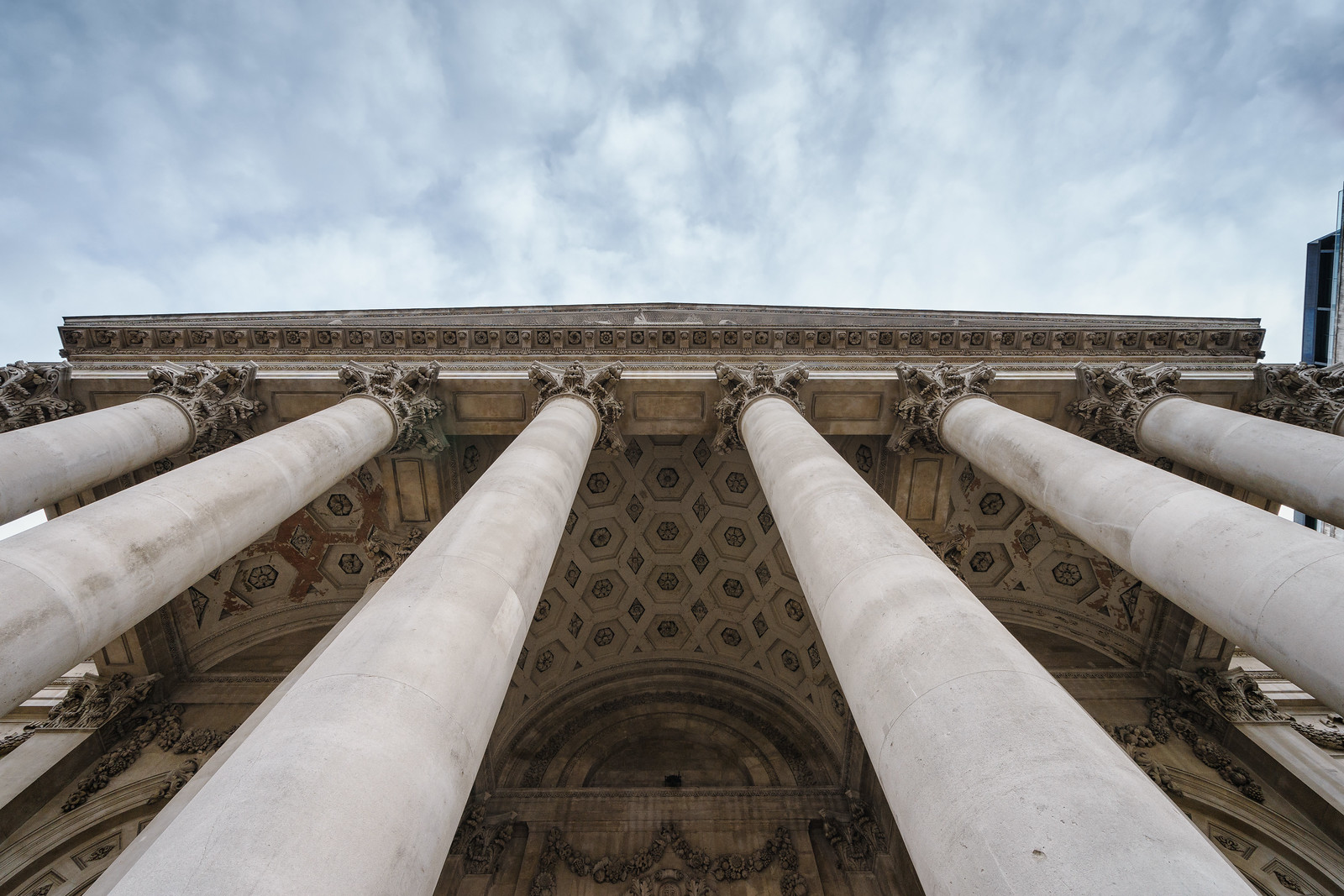 Here are some examples of ECJ decisions helpful to the UK or UK citizens:

• Cowan v Trésor Public (Case 186/87): the ECJ held that a victim of a violent attack when visiting Paris as a tourist, was entitled to the same compensation from the French Government as a French citizen.

• Ministre de l’Economie v De Ruyter (Case C-623/13): the ECJ held that British owners of homes in France were wrongly taxed by the French government and would get their money back.

• Commission v France (Case C-1/00): the ECJ held that France was obliged to end its unlawful ban on imports of British beef after the BSE crisis. 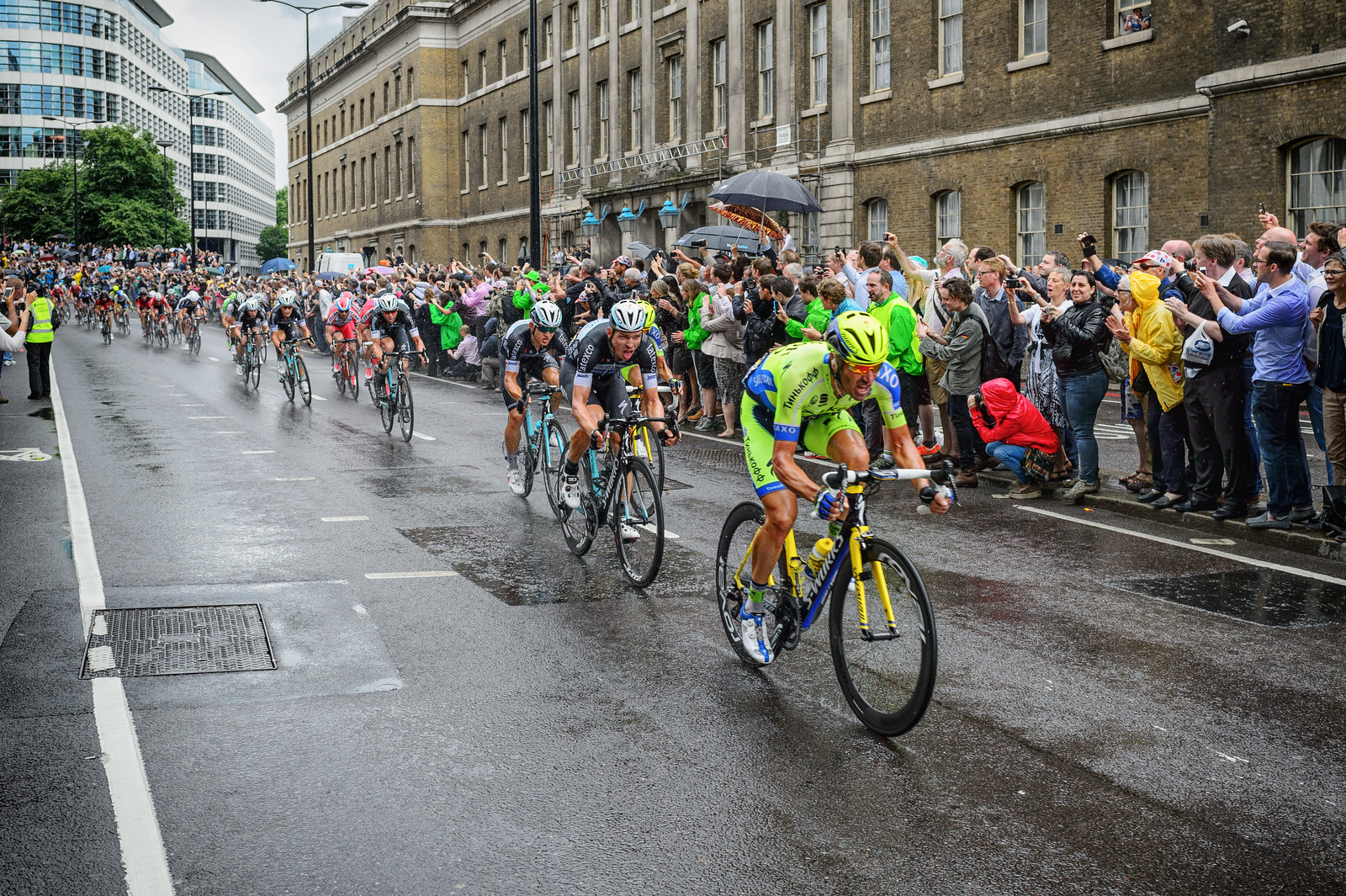 • Commission v UK (Case C-308/14) The ECJ backed Britain’s right to refuse to pay family welfare benefits to unemployed EU migrants who have been in Britain for less than five years.

• Commission v Spain (Case C-12/00): the ECJ found against Spanish legislation prohibiting confectionary from being marketed as “chocolate” if they contained vegetable fats other than cocoa butter (as UK chocolate often does).

• UK v European Central Bank (Case T-496/11): the General Court of the EU struck down discriminatory treatment by the ECB of UK clearing houses. The benefit of this case will be lost if the UK leaves the EU, meaning the loss of tens of thousands of UK jobs.

Another of the EU institutions with relevance to the UK is the European Central Bank (ECB), being is the central bank of the euro area located in Frankfurt. Although the Bank of England remains the UK’s central bank, the ECB and Bank of England worked together on 24 June to provide liquidity to support the markets following the disruption caused by the referendum result, something that helped avoid a political crisis becoming a financial one. 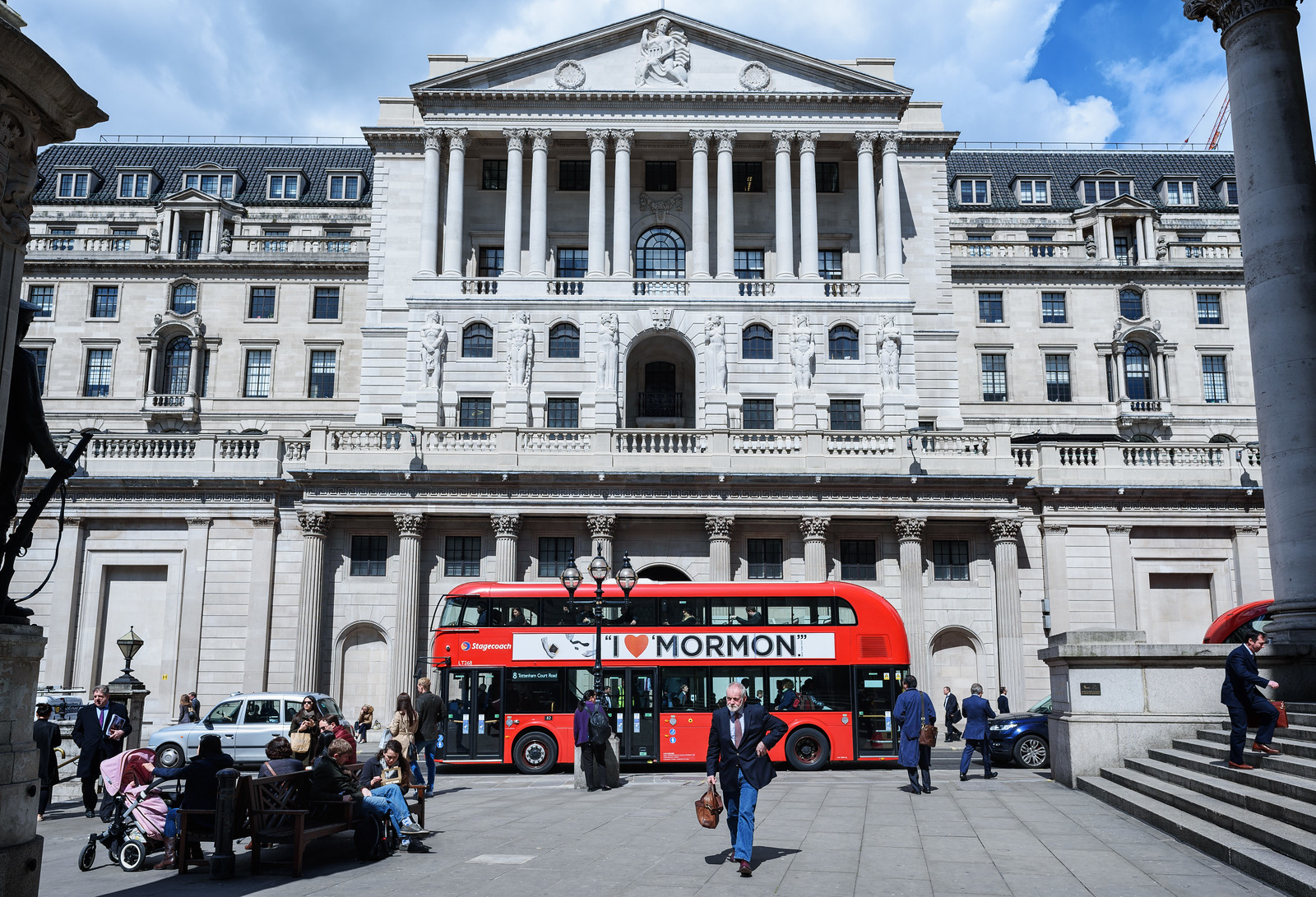 Any contention that the UK’s position in the EU is undemocratic or anti British is a distortion of the true position at best and at worst abject lies. 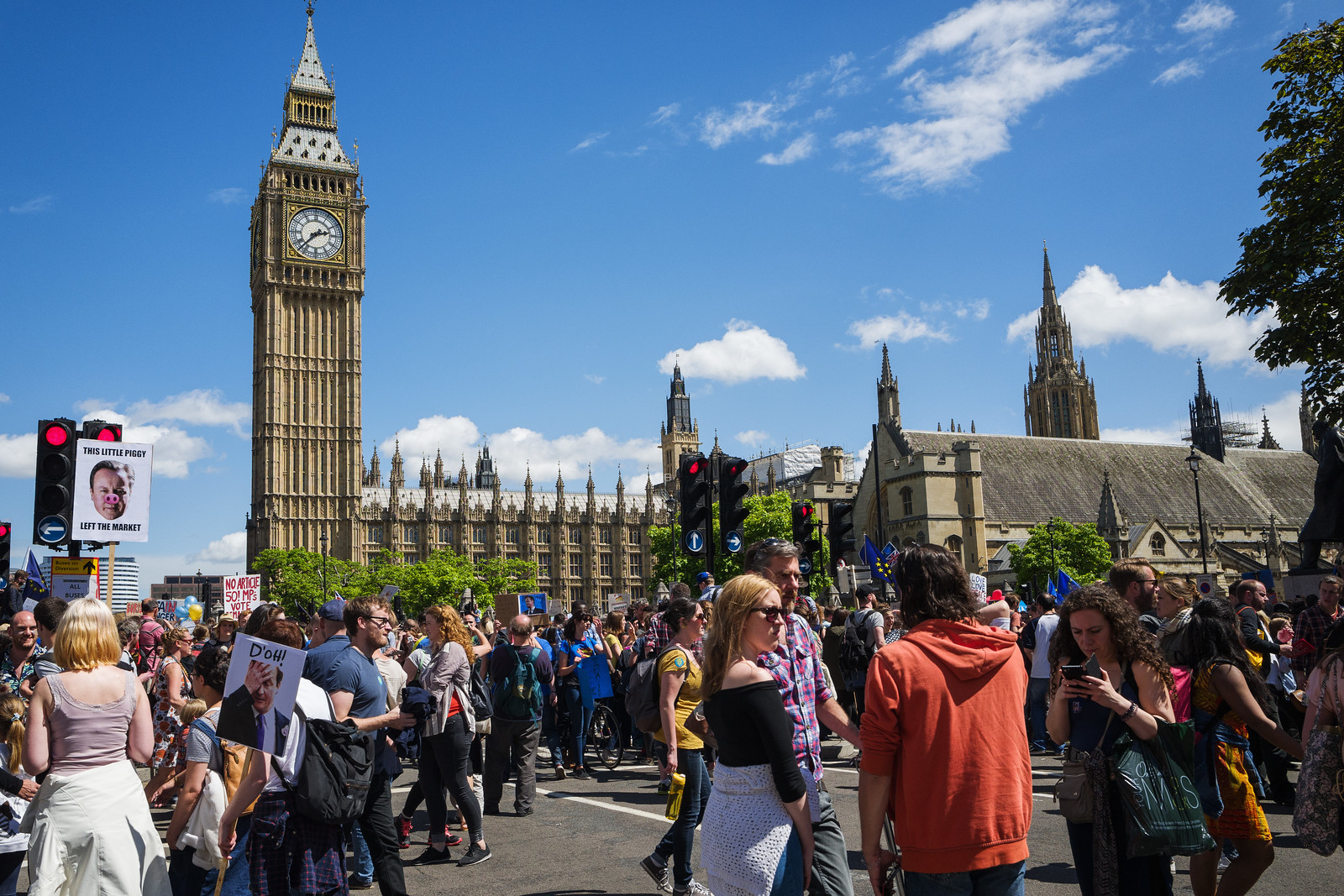 Compare the position to the UK where the House of Commons is elected by the inherently less democratic first past the post system (disenfranchising people living in “safe” constituencies) and the House of Lords is largely appointed.

Sometimes, what your friends might tell you or what you might read in the papers isn’t the truth. Press coverage of the EU has been designed for years to blame the EU for things that have gone wrong, often to disguise UK government failures. We’ve all too often accepted the simple, but incorrect answer and ignored or failed to understand the complex answer that lies behind it. 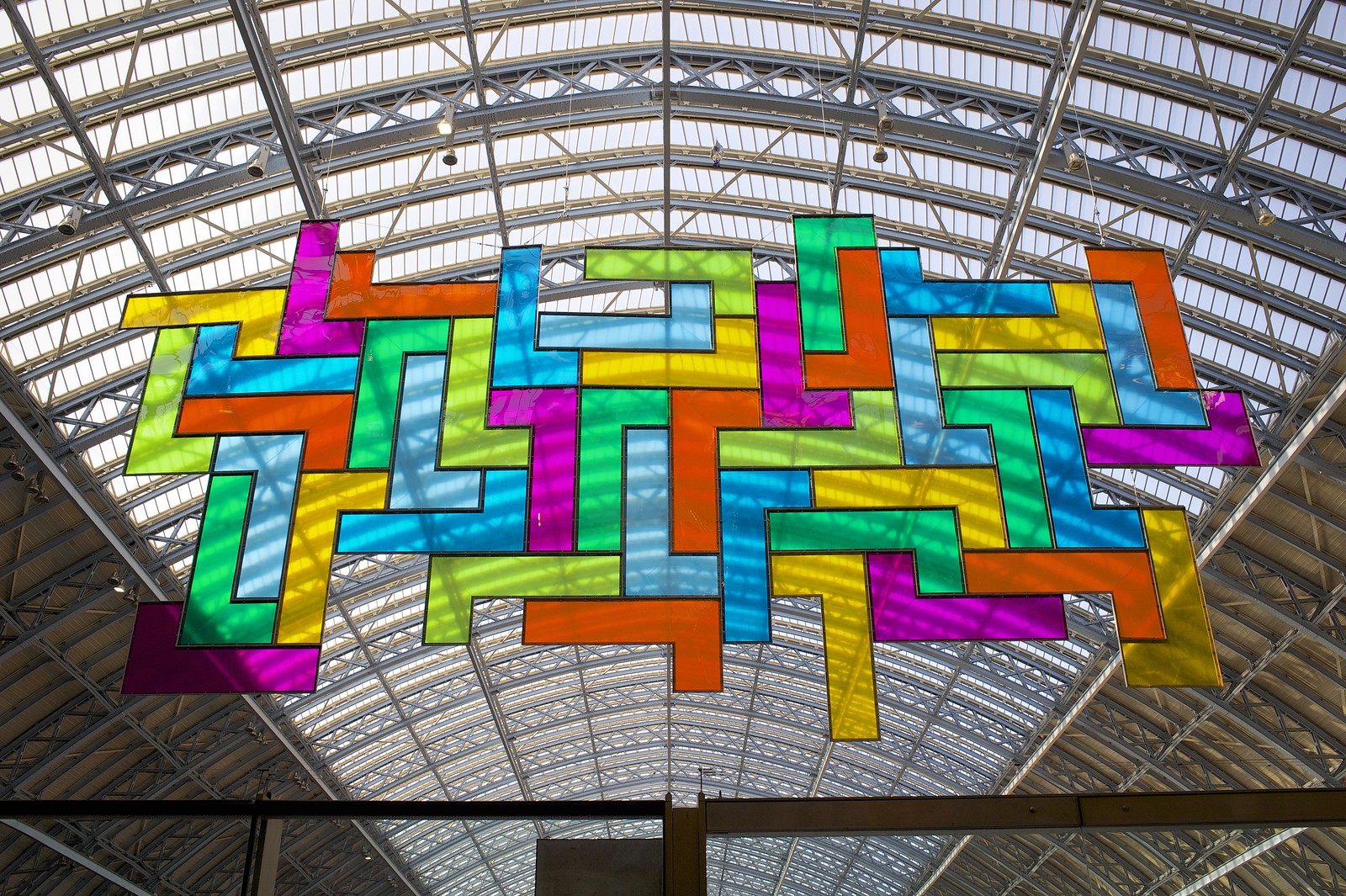