When I first thought of this post I wanted to call it barmy new year, because the weather really has been crazy this winter. For parts of it I’ve felt like I had acquired my own pet cloud that was following me around the country. Every day was grey and warm. At first that seems great – beautiful diffuse light for portraits. Eventually though it goes sour and you just want to take a photo of a sunny landscape in the winter sun or see the stars at night. 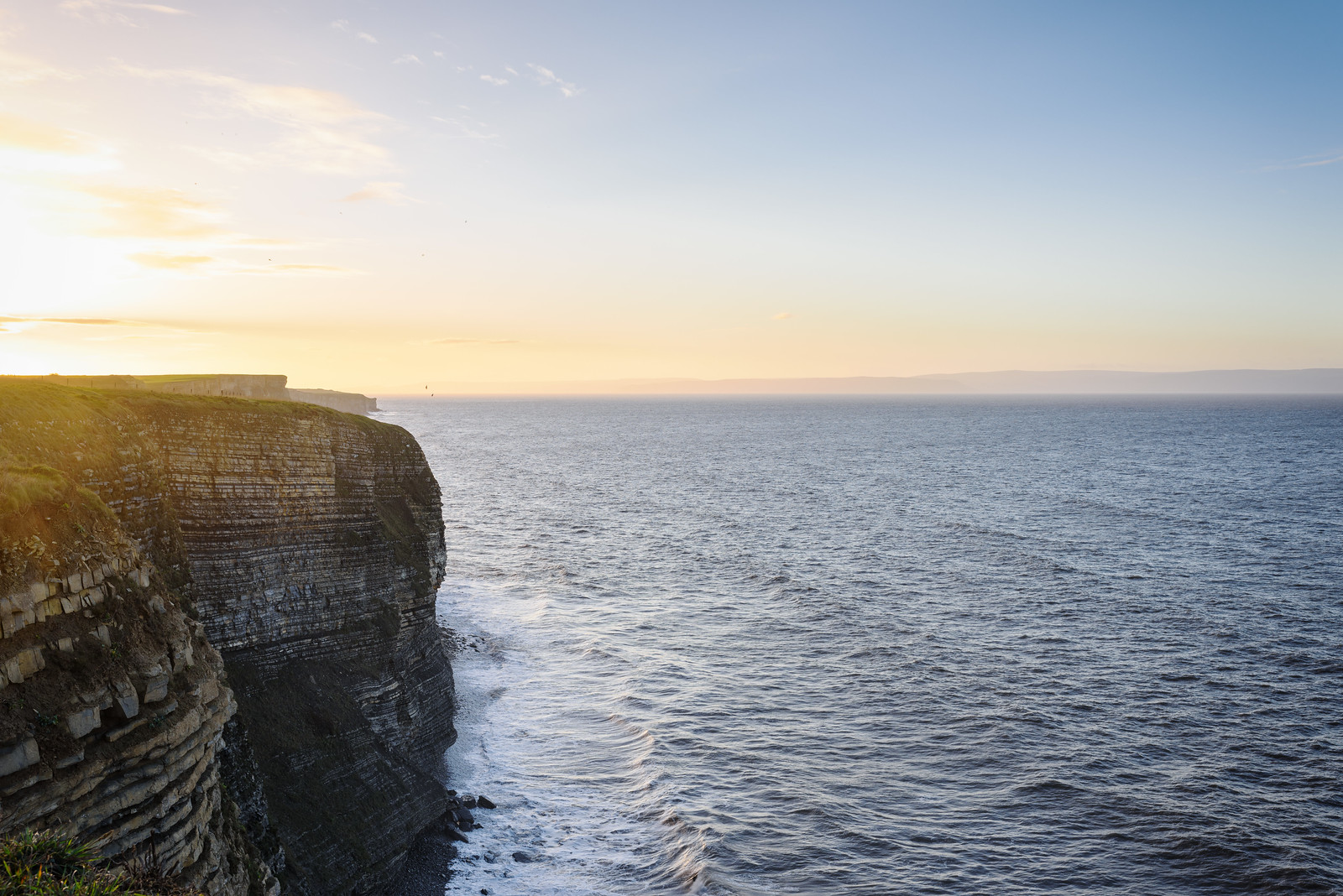 Which brings me to our visit to Wales this year. Thinking about previous years with snow on the roads or flooding and near freezing conditions seemed odd as we drove down, in the cloud (naturally) with temperatures of 15 degrees Celsius. 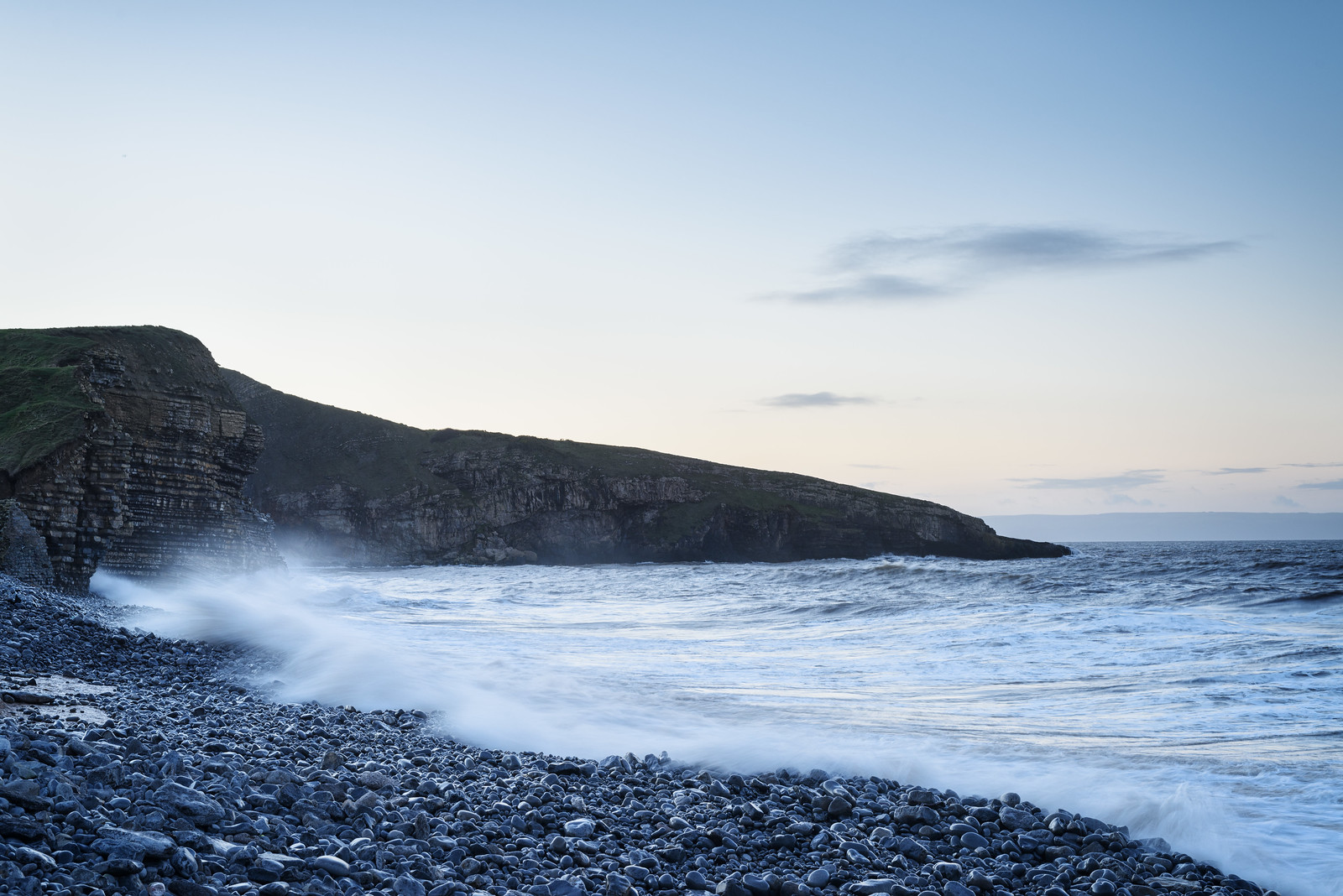 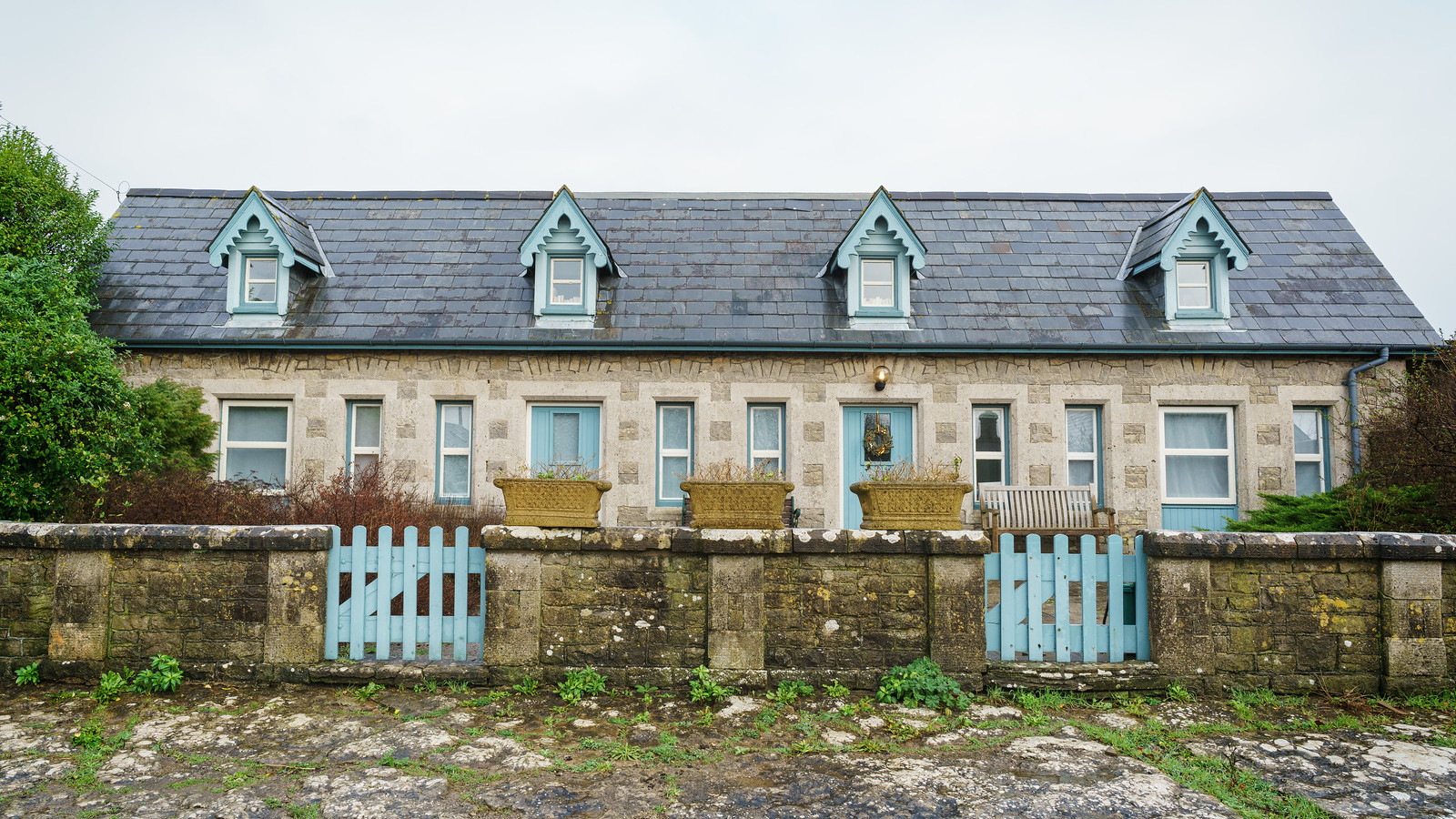 Before we got to the house we had a moment of terror when it turned out the boiler in the cottage we had rented had broken (which we found out about just before departure). This caused much angst (naturally it was all my fault 😉 ) and resulted in the rapid negotiation of a pro-rata deal to allow us to leave if the boiler couldn’t be fixed. We took a chance on going regardless, but in the event, the plumber, who had come out on a Sunday between Christmas and New year, was able to fix the boiler in short order, so we were very grateful to him and our hosts for sorting this issue out. 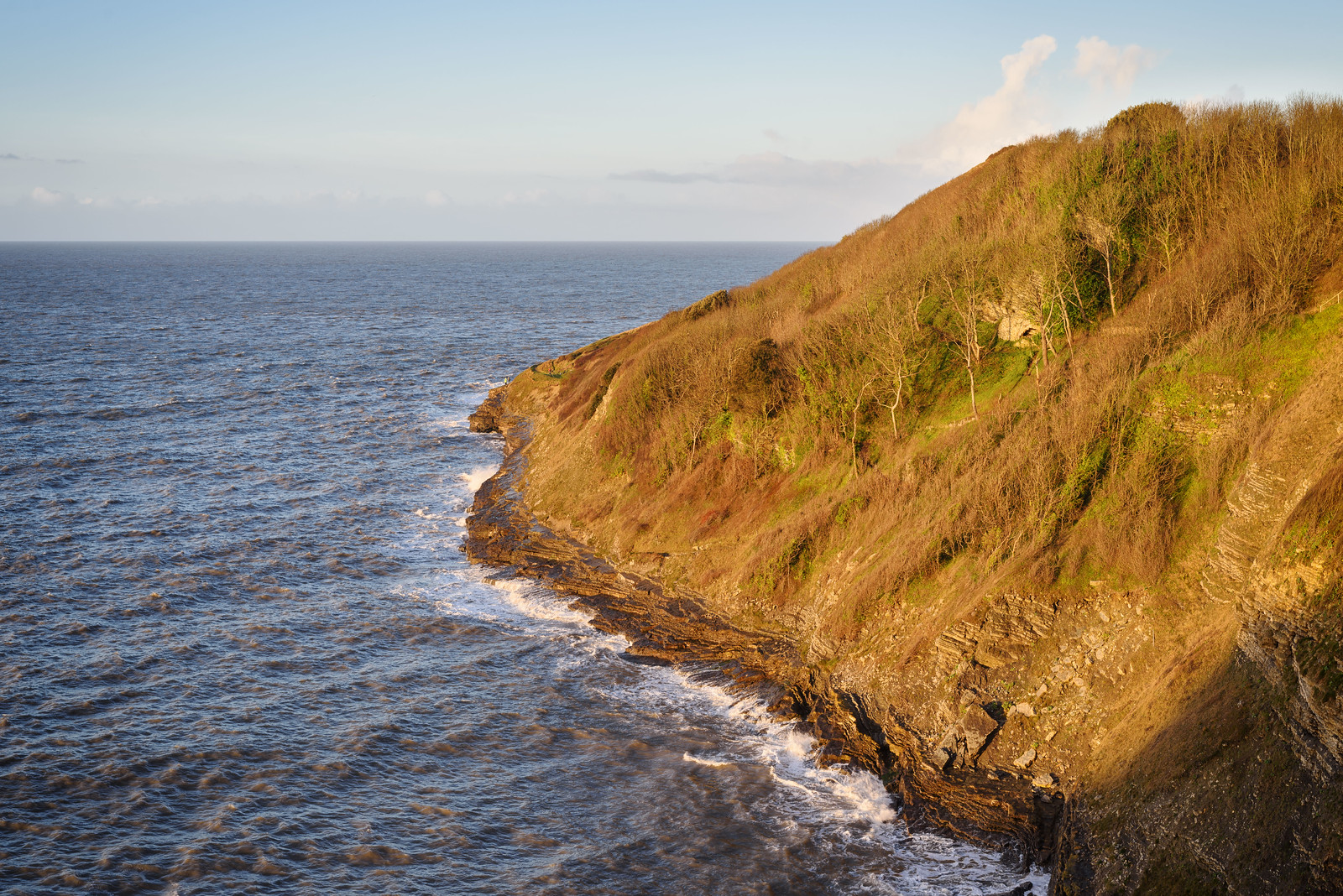 Naturally, the visit involved a trip to Southerndown and Dunraven Bay. This year we actually located the ruins of Dunraven Castle, having wandered around in circles on previous visits (all my fault)! In a slightly odd development, there not being many remains left, there was an augmented reality app (mentioned on a display at the site) so you could see the castle in its heyday on your phone. It’s a great idea for extensive ruins like this. The coast around Dunraven Bay is just beautiful. I have at least worked out the way to the second beach now, even if the weather didn’t present a good opportunity to visit it. 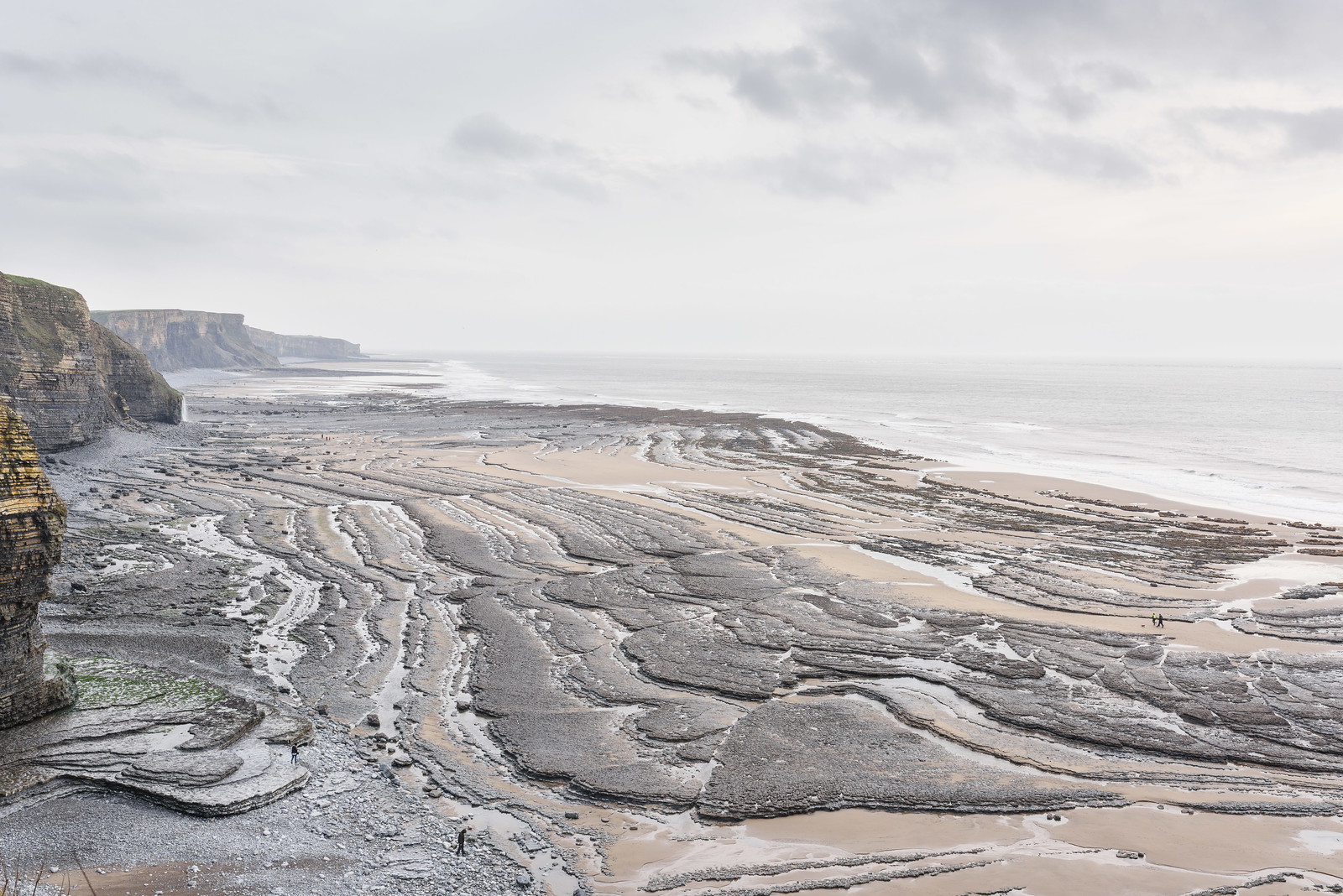 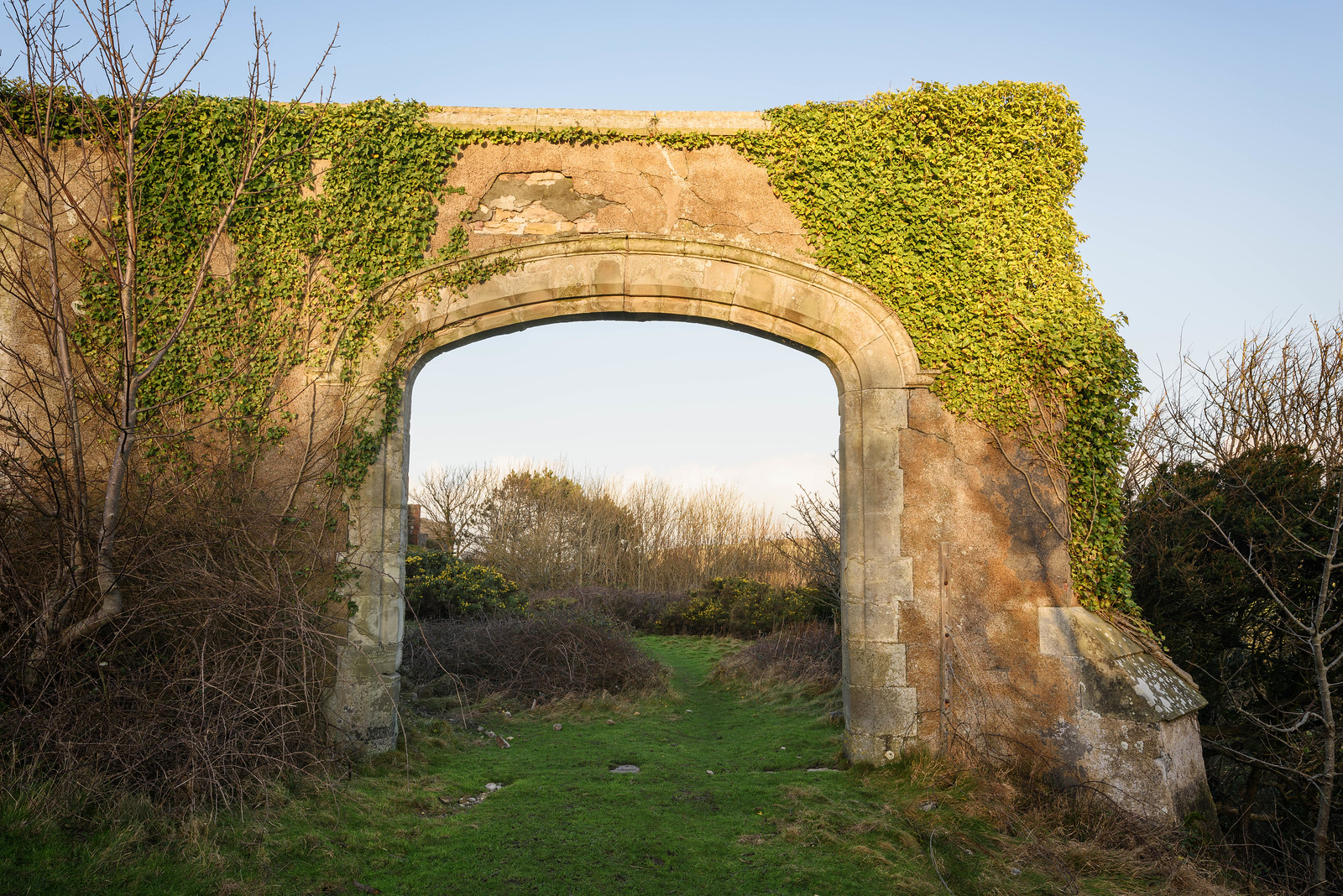 A place we had not visited previously (and I confess I have no idea if I visited in my youth) was Caerphilly castle, a huge Norman fortification in the town of Caerphilly (where the cheese came from). It’s absolutely massive with huge towers, battlements, trebuchets and dungeons. There was even a huge wooden guy “holding up” a leaning tower which our son wanted to emulate. He had lots of fun charging around the place and looking through arrow slits. 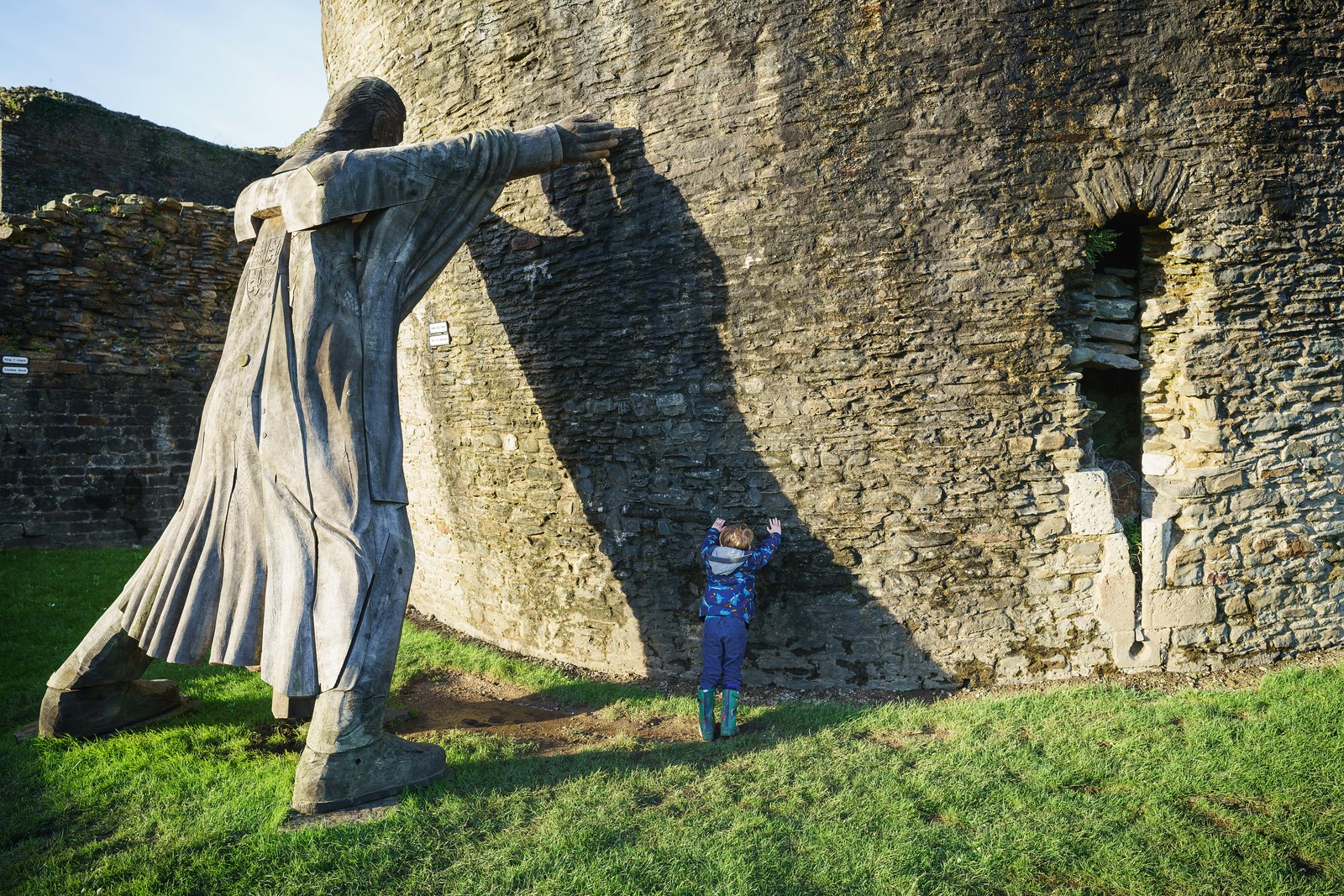 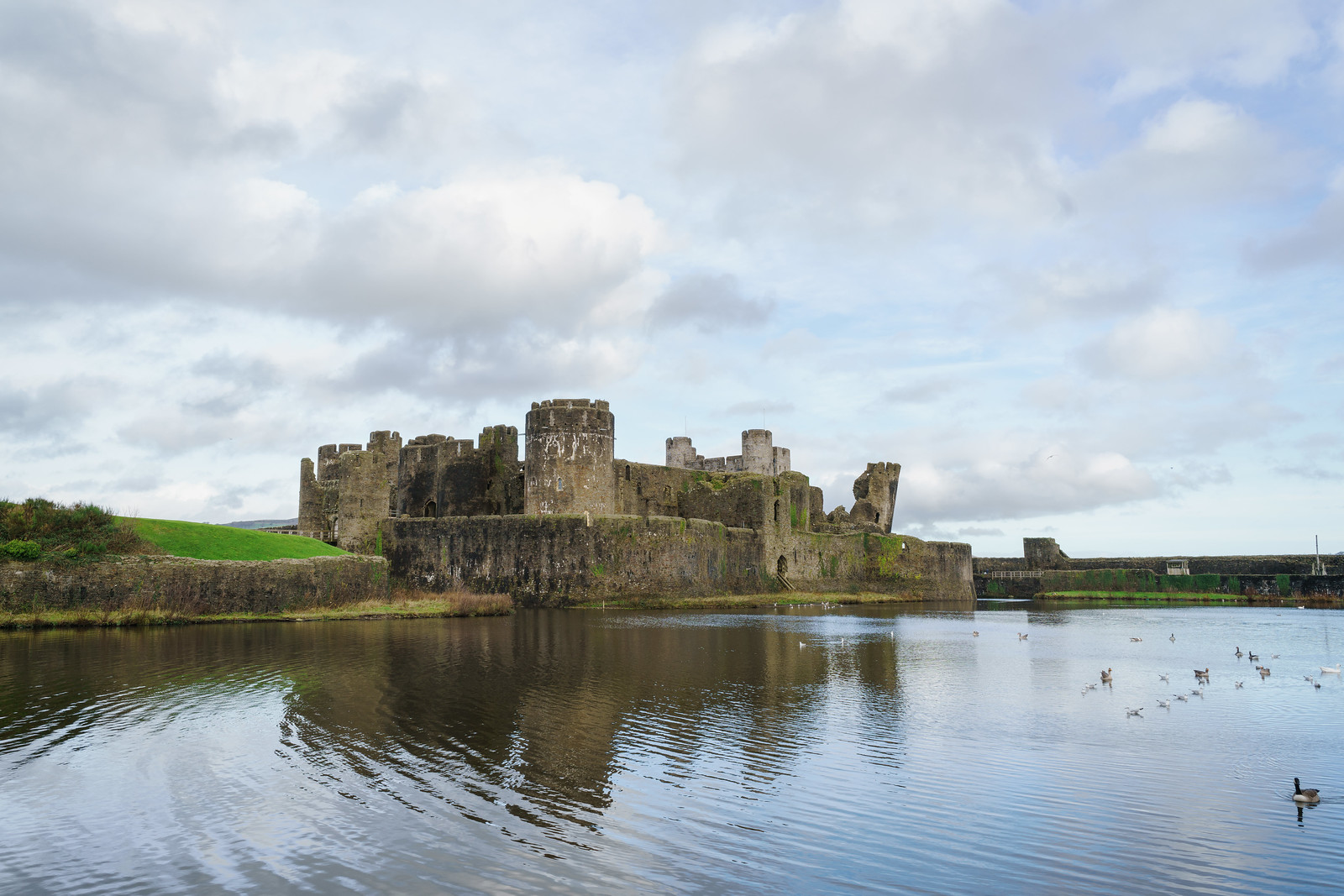 That said, I did wonder while we were there if more could be done in terms of building the interactivity of the castle for younger visitors. I know there’s generally more to see, but I think the national trust is often a bit more respectful of the want children understand and interpret information (that makes me sound old!). 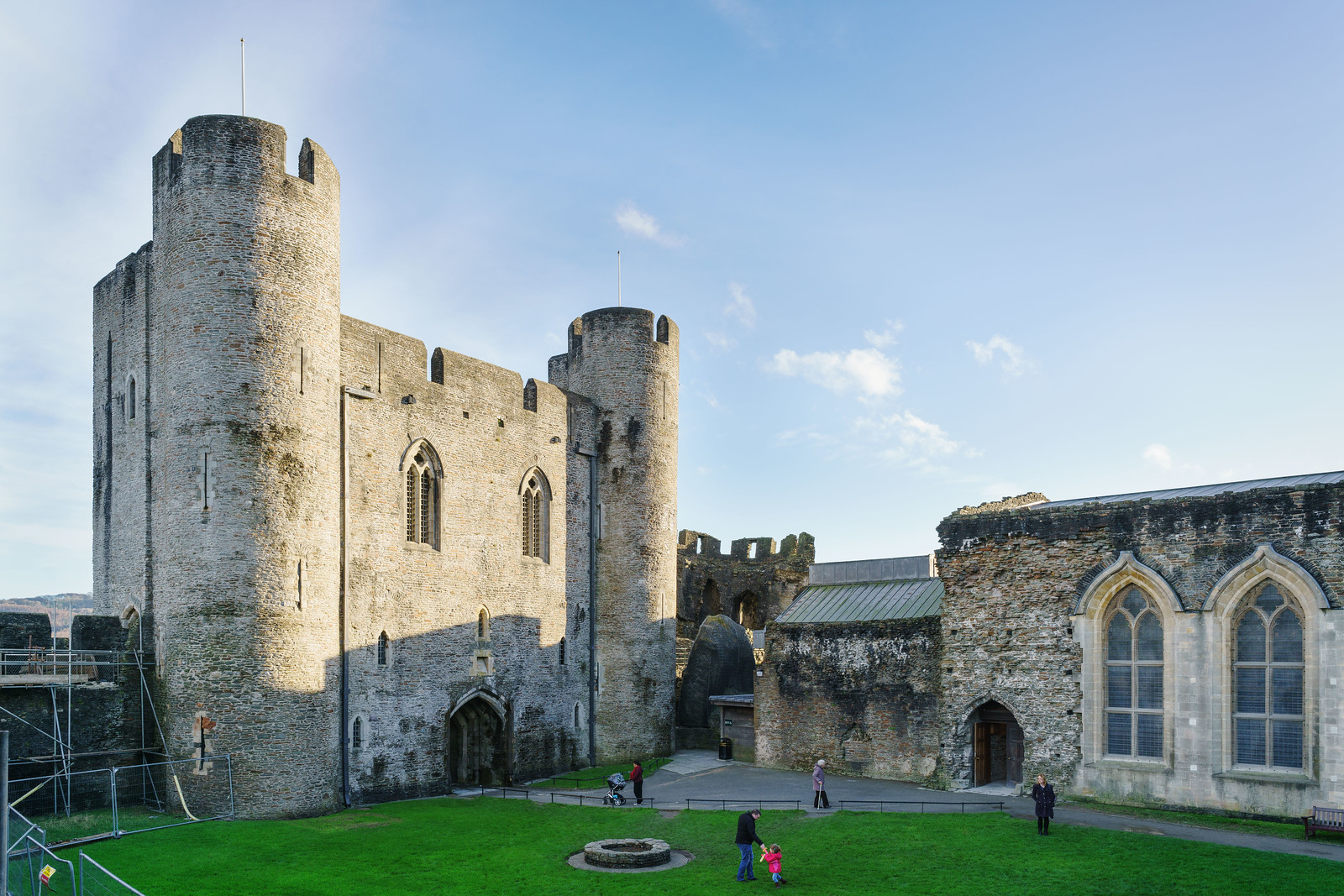 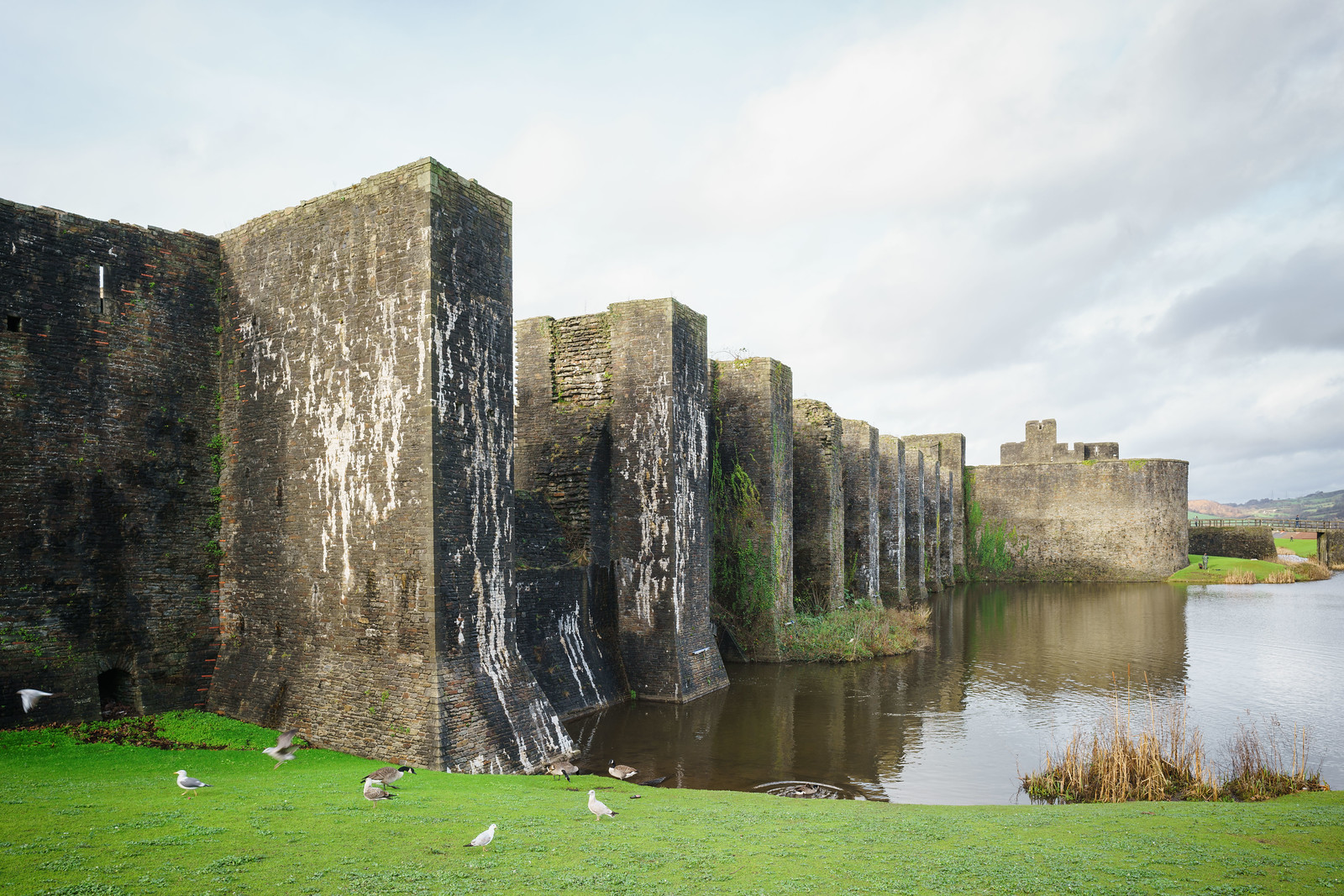 Of course on the inevitable days of rain we found things to do, visiting Techniquest in Cardiff, which was apparently “even more amazing” (I assume from last time 😉 ). Techniquest is an interactive kids science centre in Cardiff. Speaking to our son about visiting places makes me wonder at kids memory. So often with our son he can’t remember things we’ve done 6 months ago, but of course a really amazing day out at a science centre a year ago had been burned into his memory! 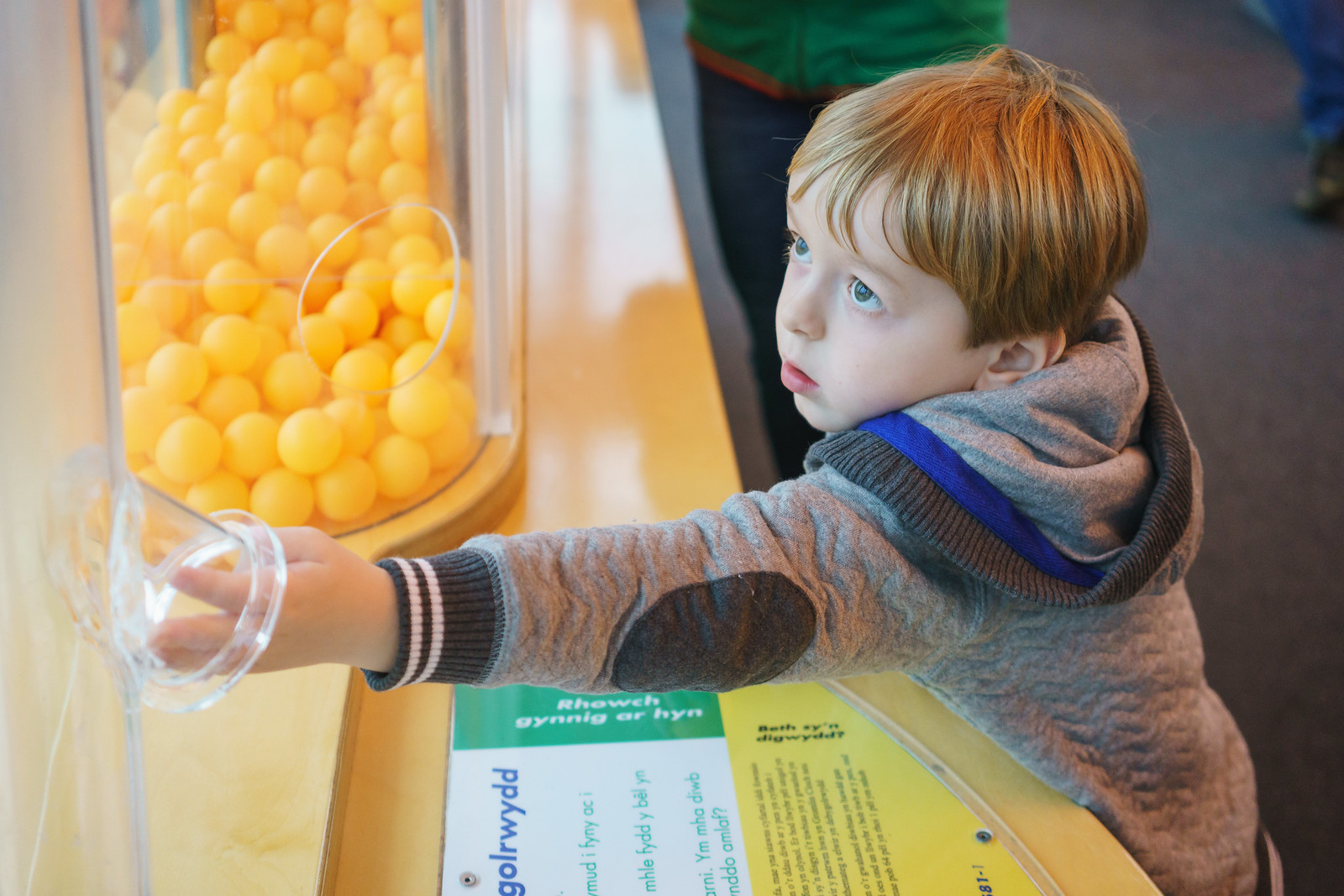 We visited the planetarium, which is small, but perfectly formed and which our son got lots out of (he loves space right now thanks to Tim Peake, the British astronaut on the ISS). We were also lucky enough to get ourselves to Cardiff Museum, somewhere I remember from my youth in the middle of Cardiff. What’s quite nice is that the exhibitions are manageably sized, so our son took more of it in than he sometimes seems to in the London Museums. It also has a section whereby kids can handle objects, be they old pots, animal bones or fossils (or even bugs) and look at them under microscopes – this went down very well!

If you read a lot of these posts you probably realise I have quite an affection for the “old” seaside. It’s probably down to all the exotic holidays I had growing up ( 😉 ), but I love visiting places with fun fairs by the sea or old Victorian piers. Penarth has a fantastic old pier with an old sweet shop, lots of fishing opportunities and a beautiful theatre. 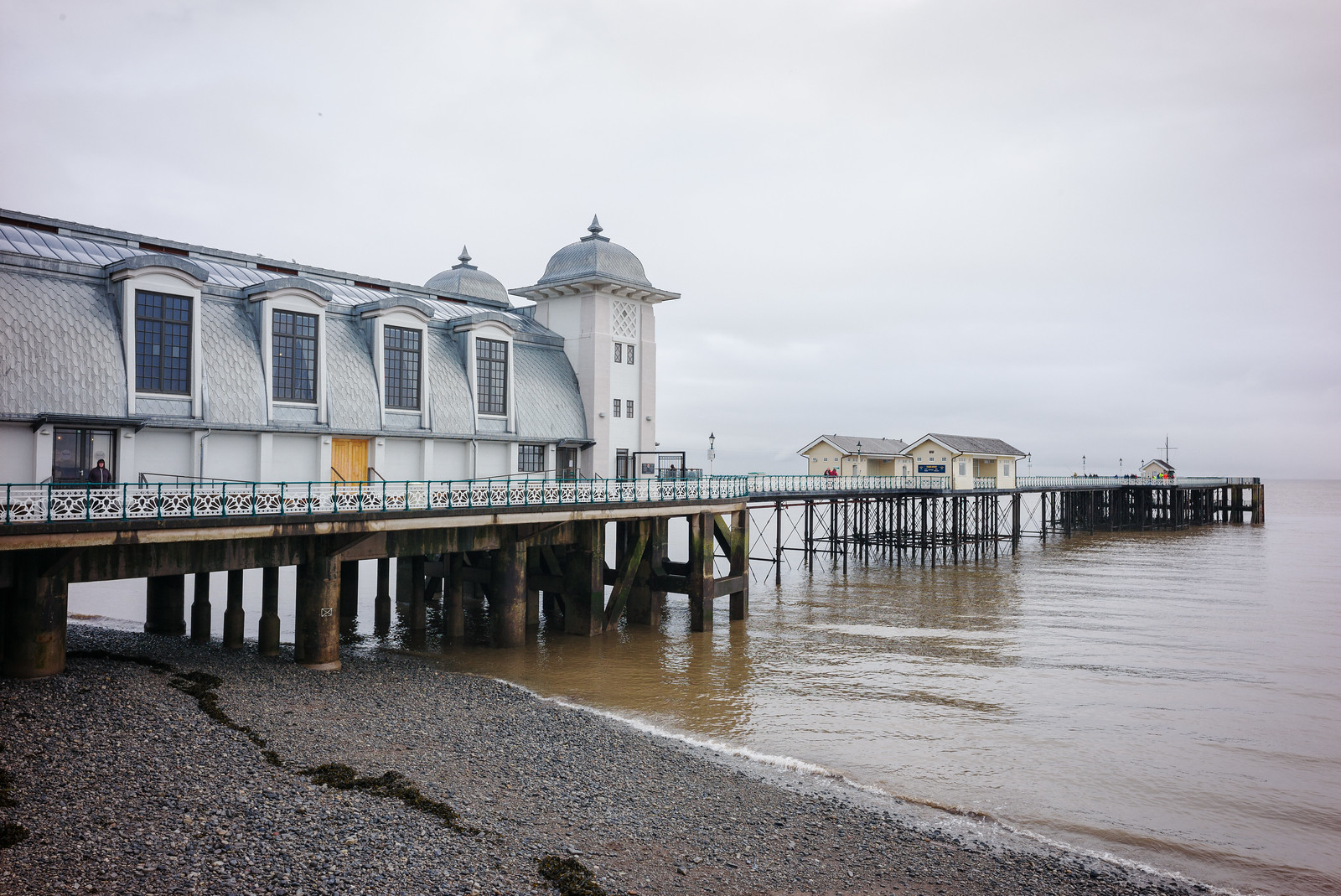 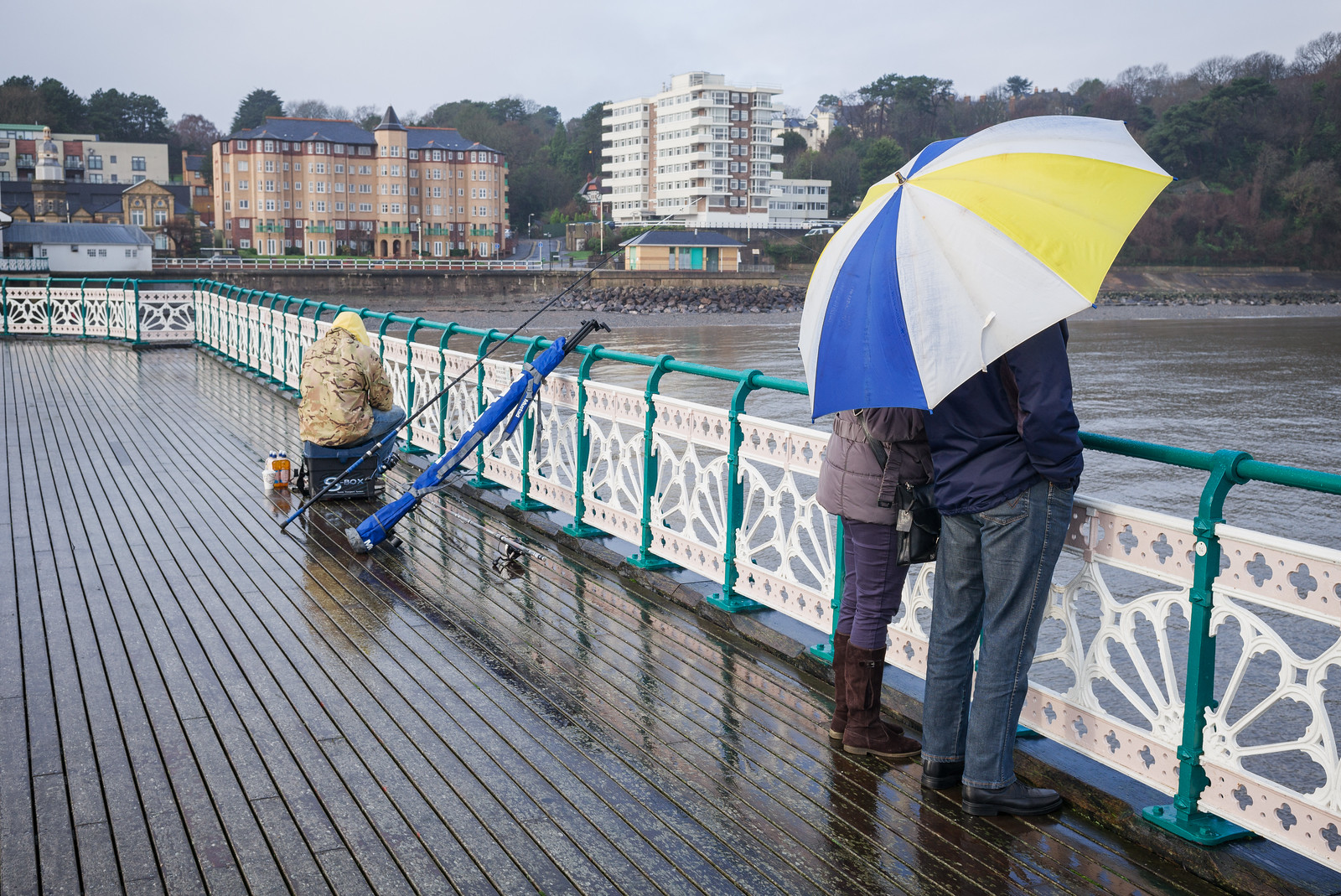 Penarth pier isn’t marred by a bank of slot machines or an amusement arcade, which is great. My opinion of Penarth may have been improved by a very nice meal in the pier cafe and the magical light coming through the cloud and off the sea, diffuse but bright and all too quickly gone into more rain! 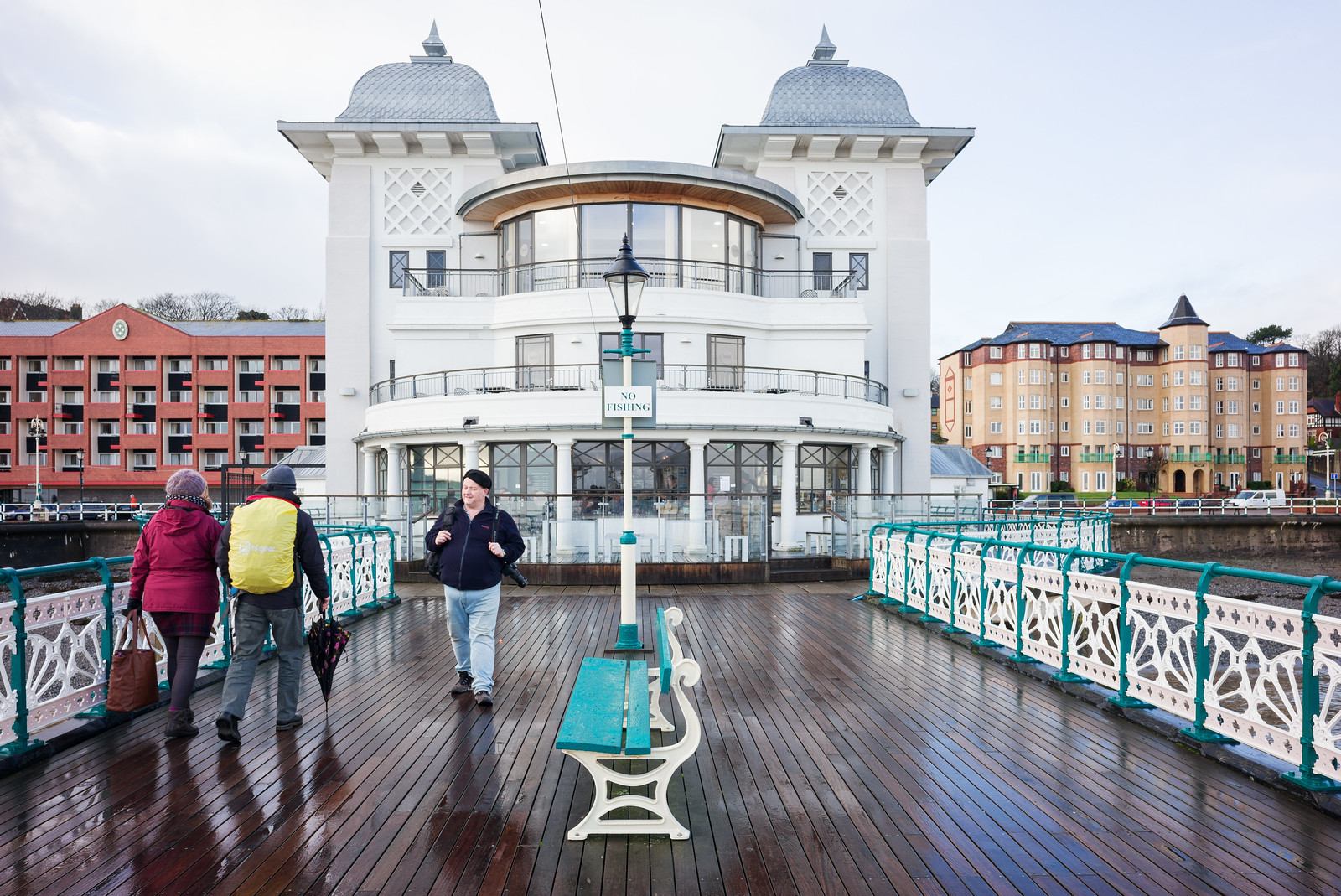 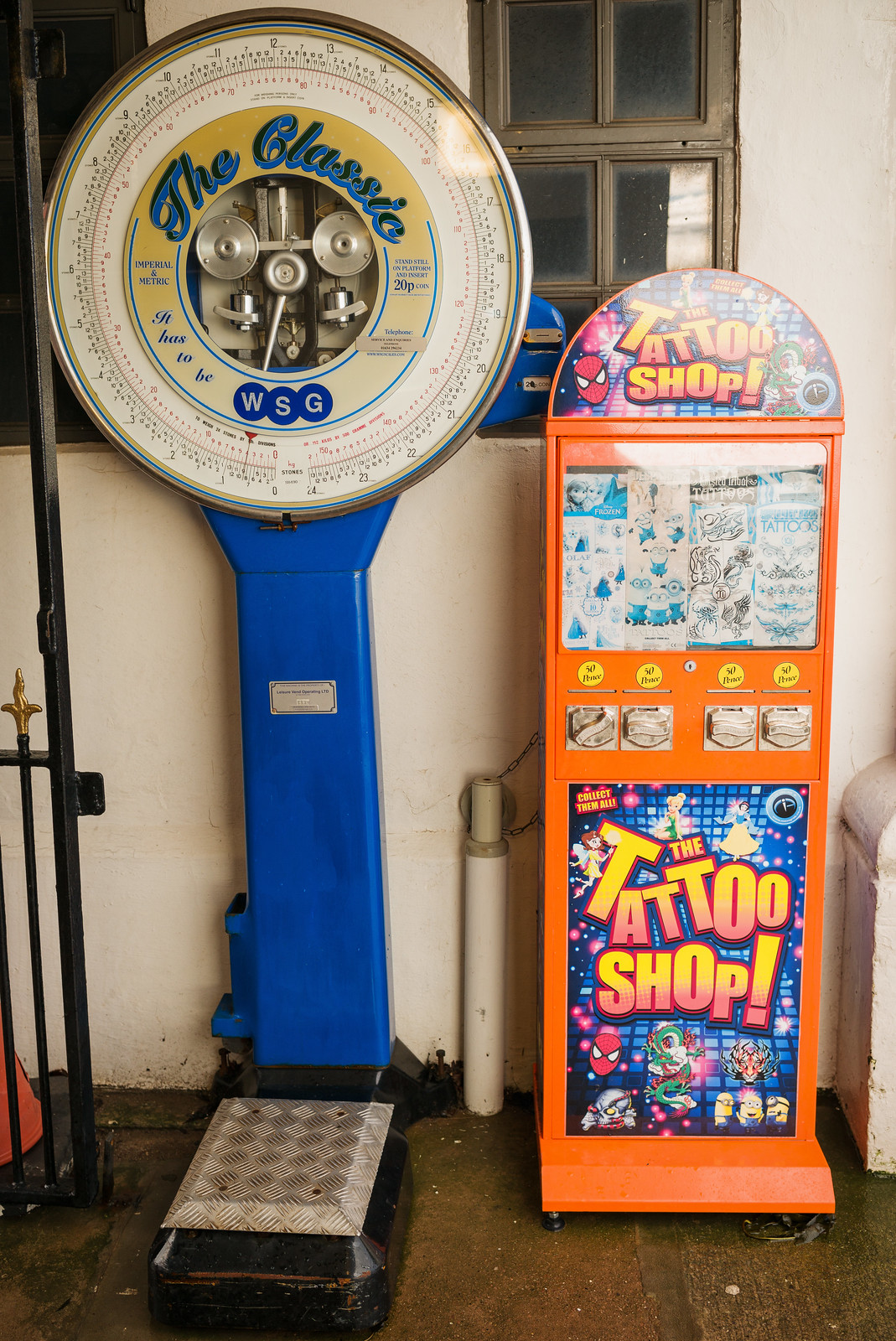 Closer to home, I found myself wandering the streets of the little town I grew up in, Cowbridge. It’s always strange to visit, because the shops and restaurants change, but the buildings don’t. We wandered into the Christmas tree festival in Holy Cross church, found the school I went to when I was 11-12 (now flats or built over) and of course spent some time in the playground entertaining our son. 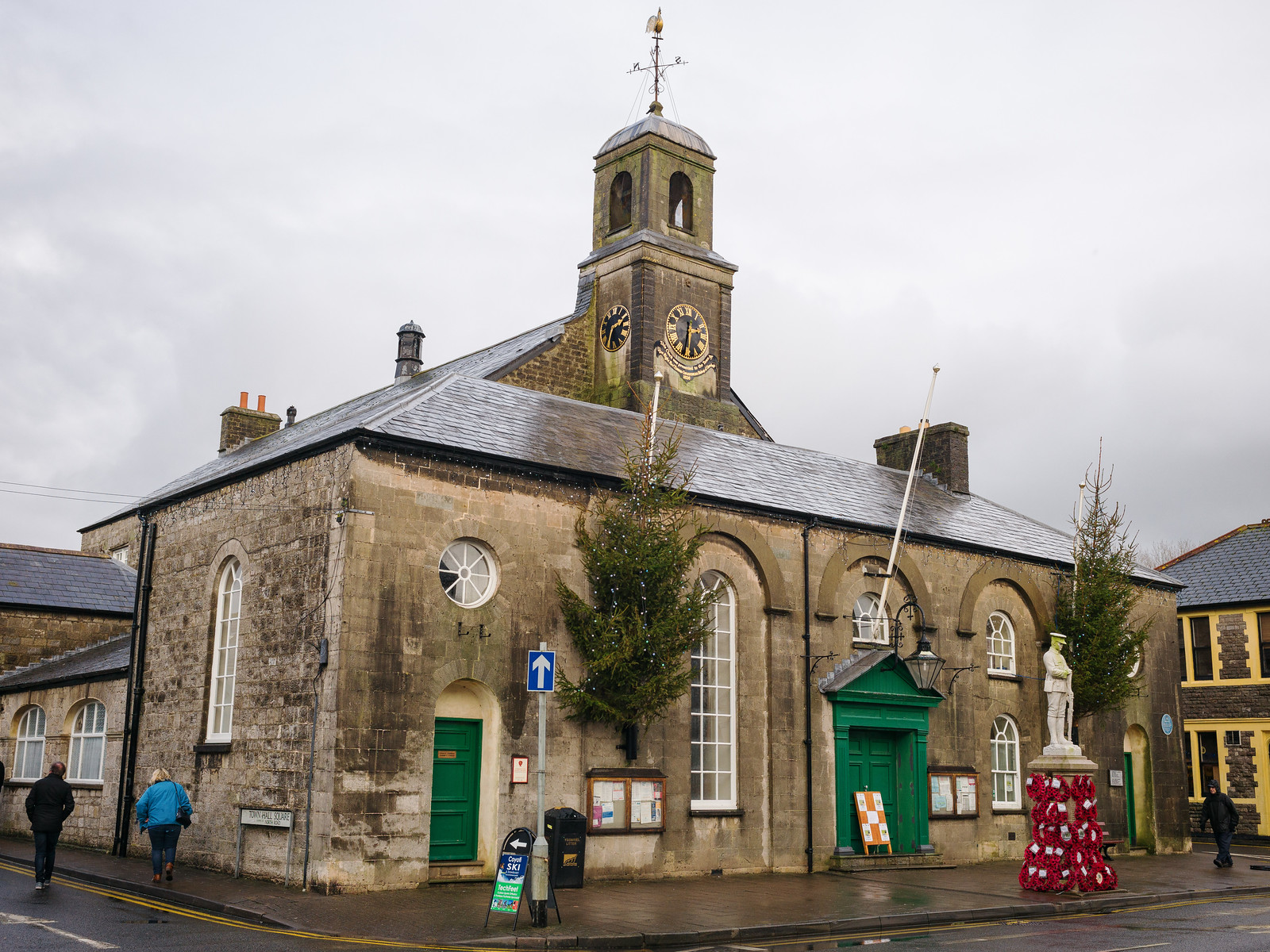 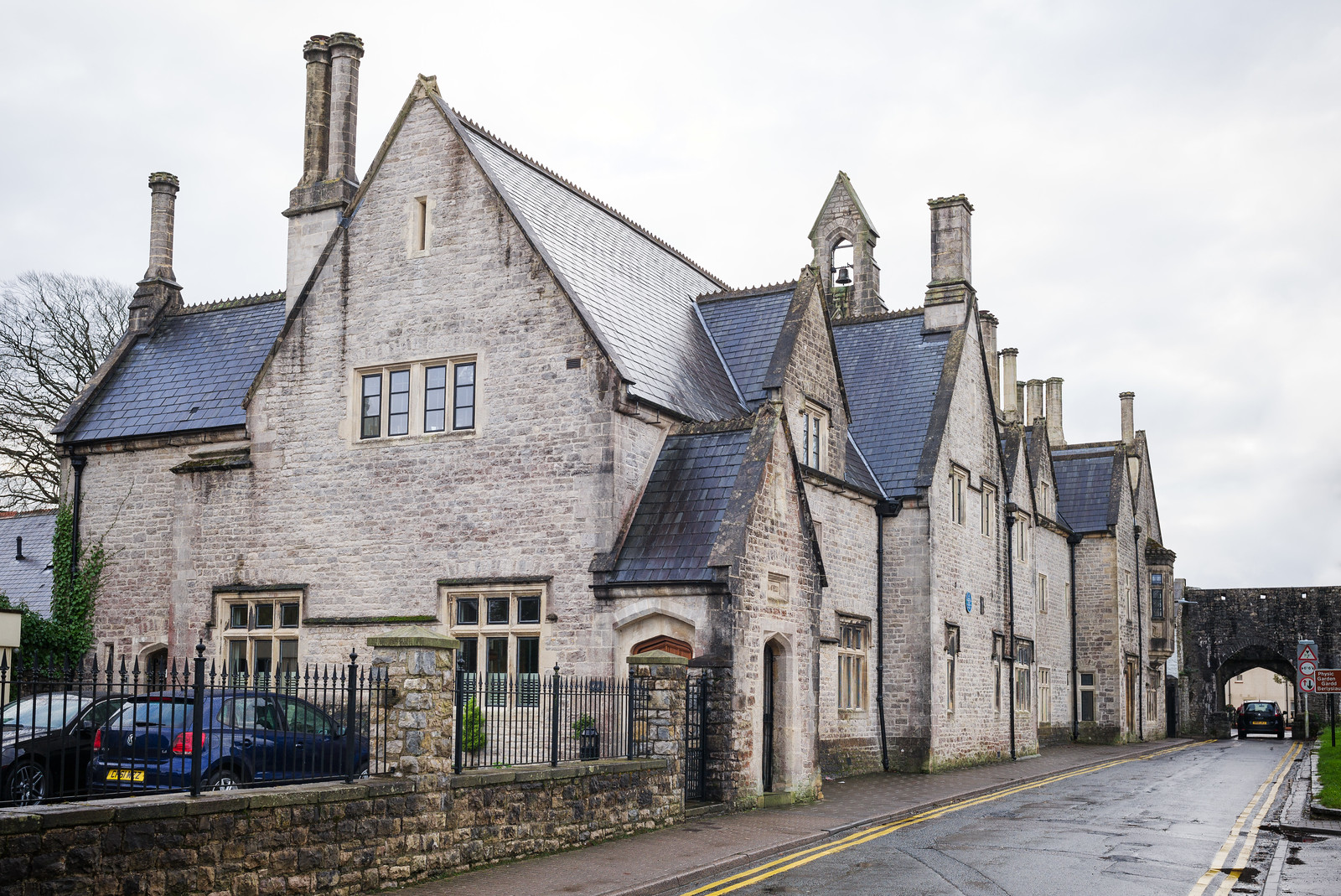 Apart from the fact it felt a bit like someone had left a sprinkler on, visiting Cowbridge was great fun. I don’t mind the fact the old school is now flats, better that the building gets used to be honest. Equally it was a bit crazy that parts of the school were on different sites (they’ve consolidated to a single site since the lower school was built on). I will confess to being a bit confused by the old Martin’s newsagent now being a costa coffee though! 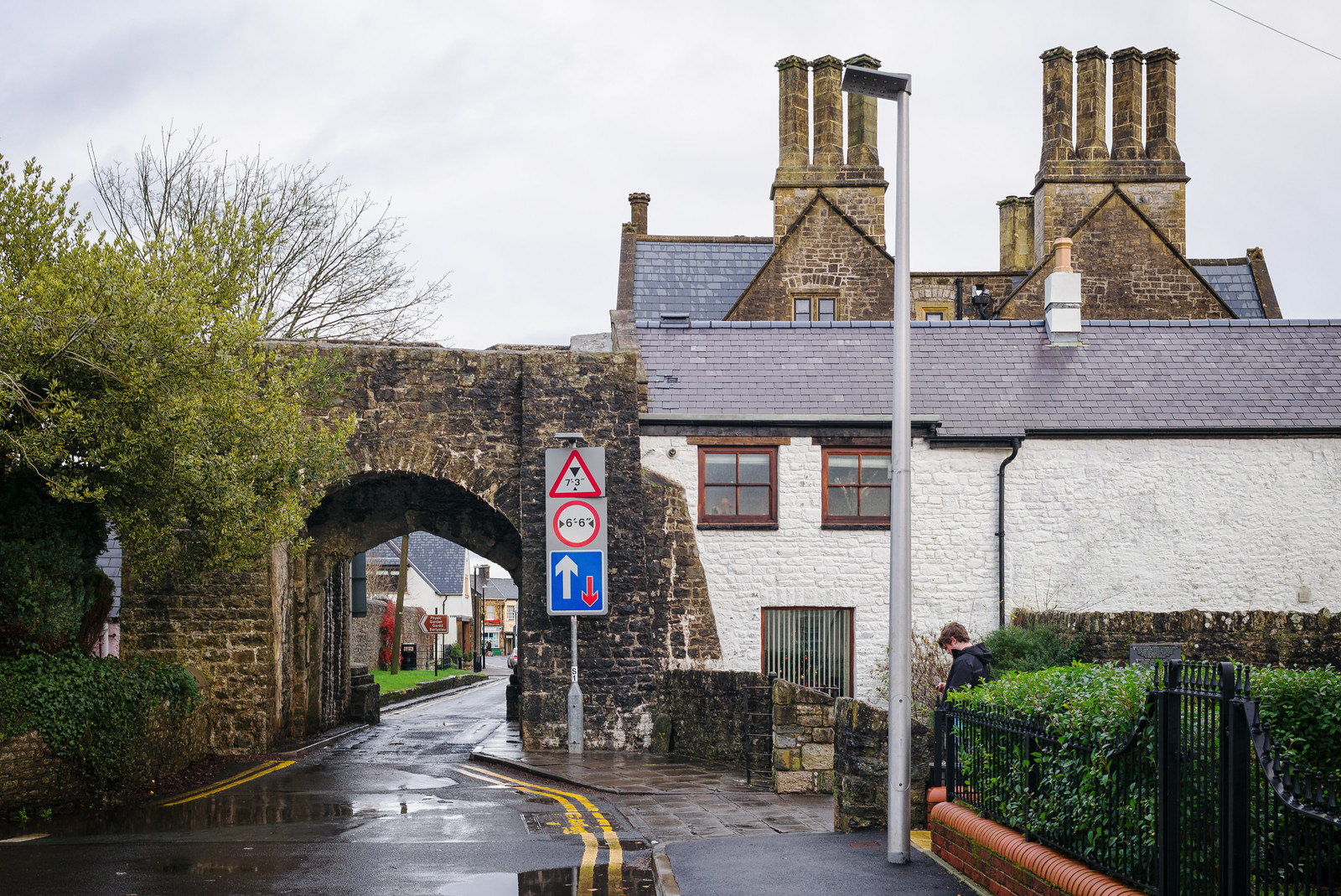 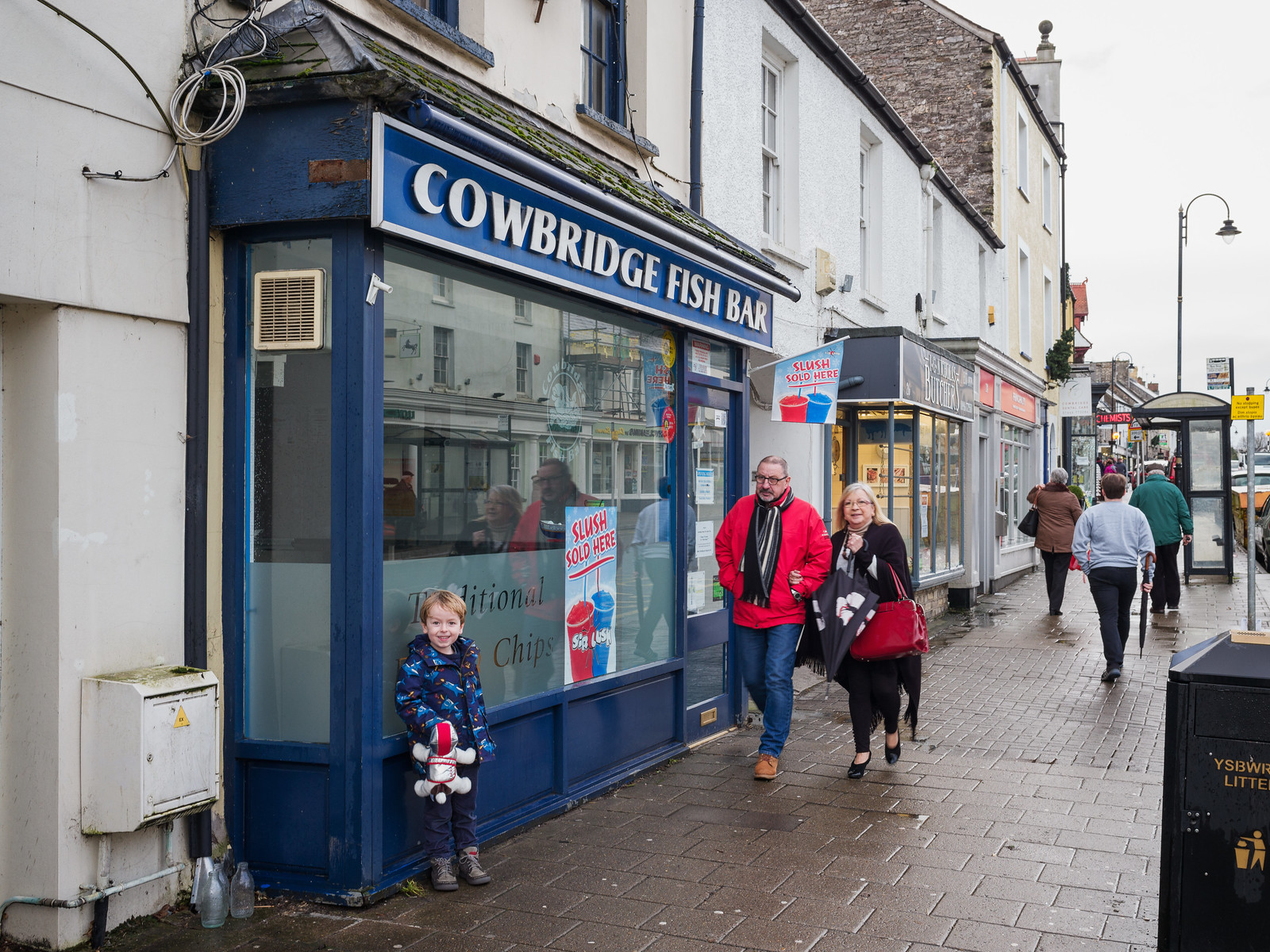 It was lovely to catch up with people on our visit too. There’s a challenge in these visits to fulfil my desire to not only refresh memories but learn new things too. That’s always a conflict with catching up with people sadly. I will confess that much like Cornwall, I would love one summer to take a camper van down the coast of Wales. It’s not always pretty (though much is) but it’s always striking. 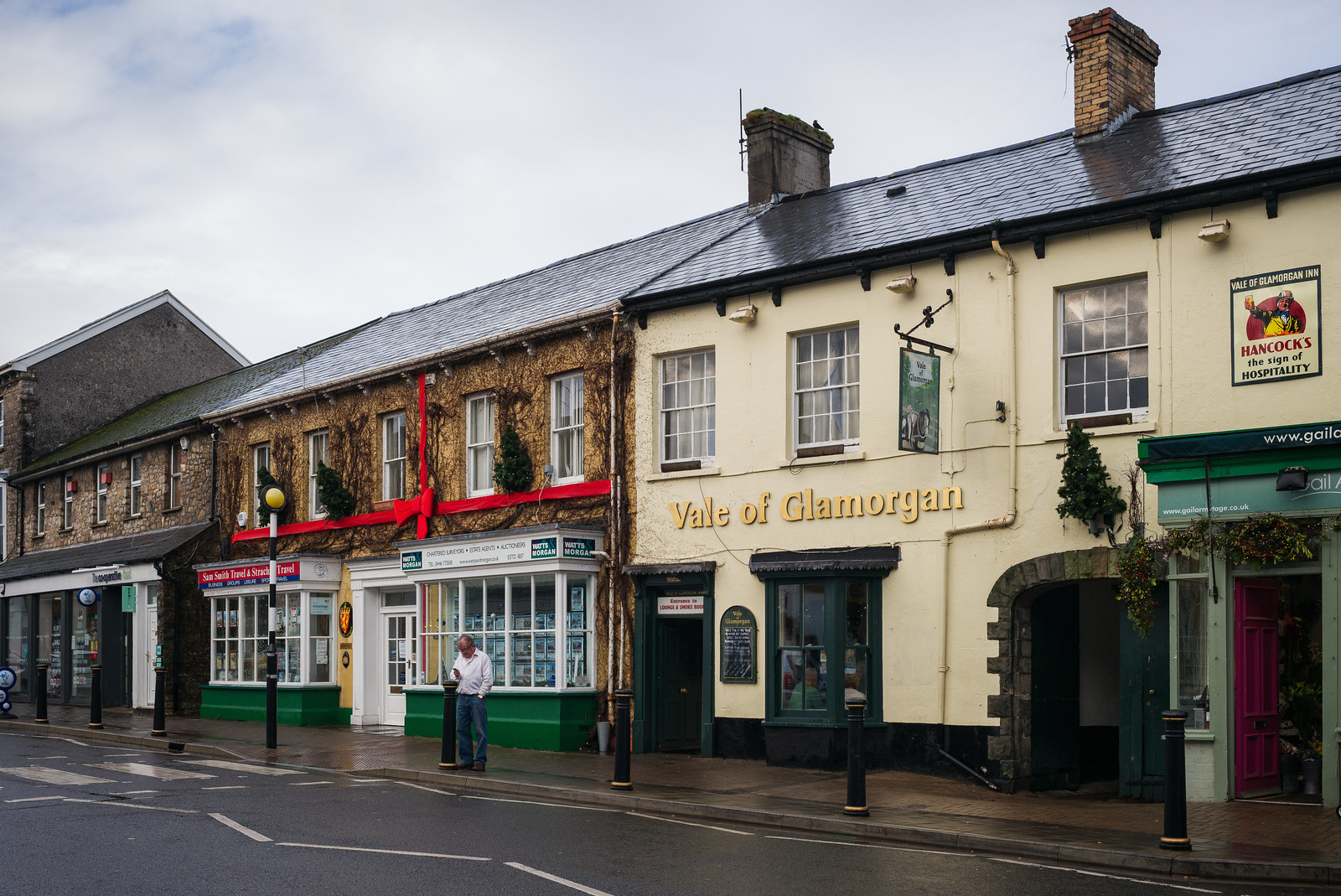 Having said all of that, I will make a small plea for more sun on our next visit…

Taken with my Nikon D810, Sony A7RII and Leica M and various lenses.