Once again, it was time for the Enfield Pageant of Motoring a couple of weeks ago and despite having jumped ship to Hertfordshire, I did want to go as I’ve always enjoyed it. 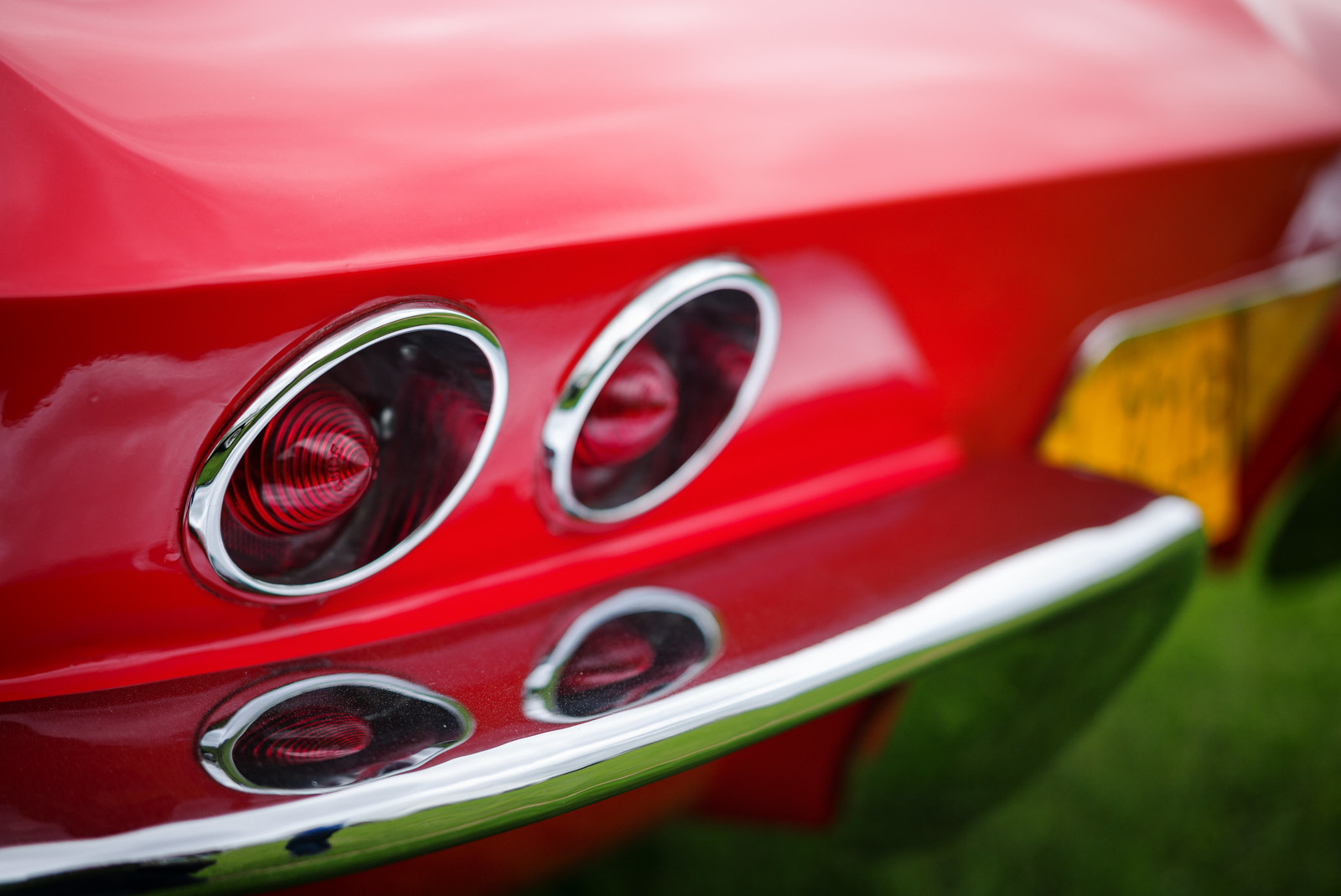 My other half told me this would be an adventure that my son and I would share together 😉 so, after much faffing about trying to get him dressed and his “stuff” packed while he orbited me using distraction set to stun, we headed out. 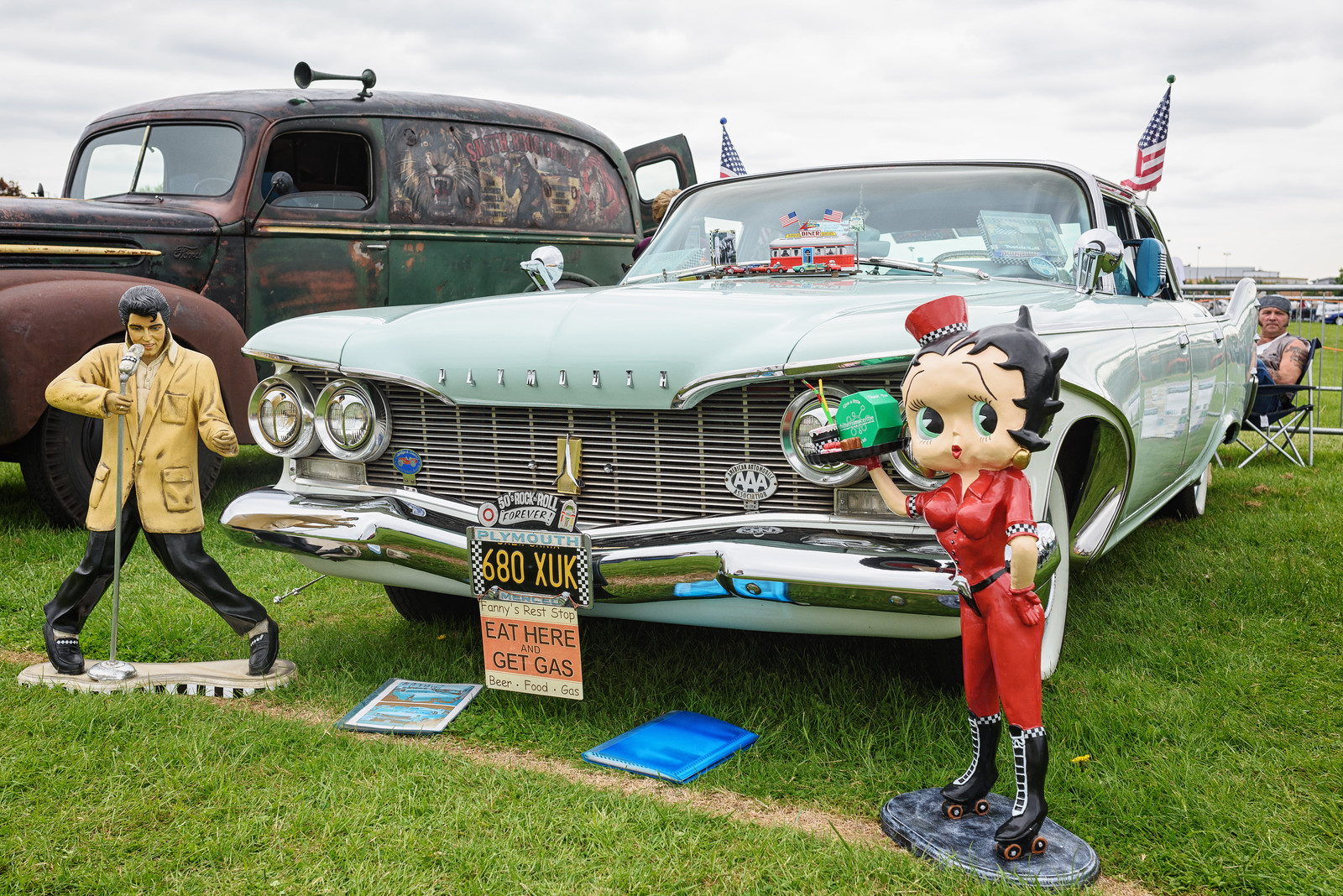 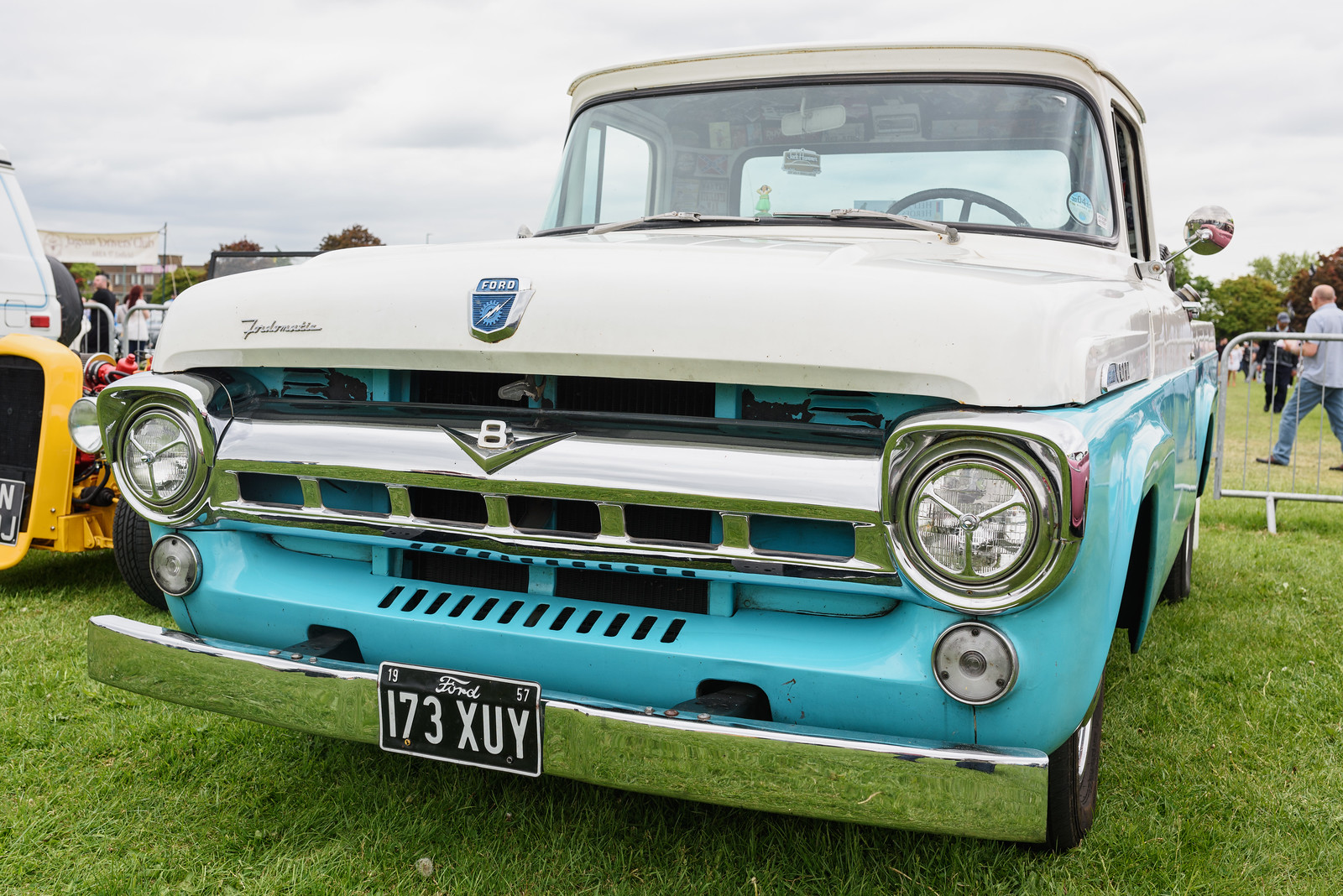 The Pageant was held on the playing fields just off the A10 in Enfield, North London, and parking was on the Rugby and football pitches at the rear of the site. It’s actually worth looking around you when you park as many people arrive in classic cars even if they aren’t exhibiting them “Look Daddy it’s a [camper van/Aston Martin/MG]” etc. 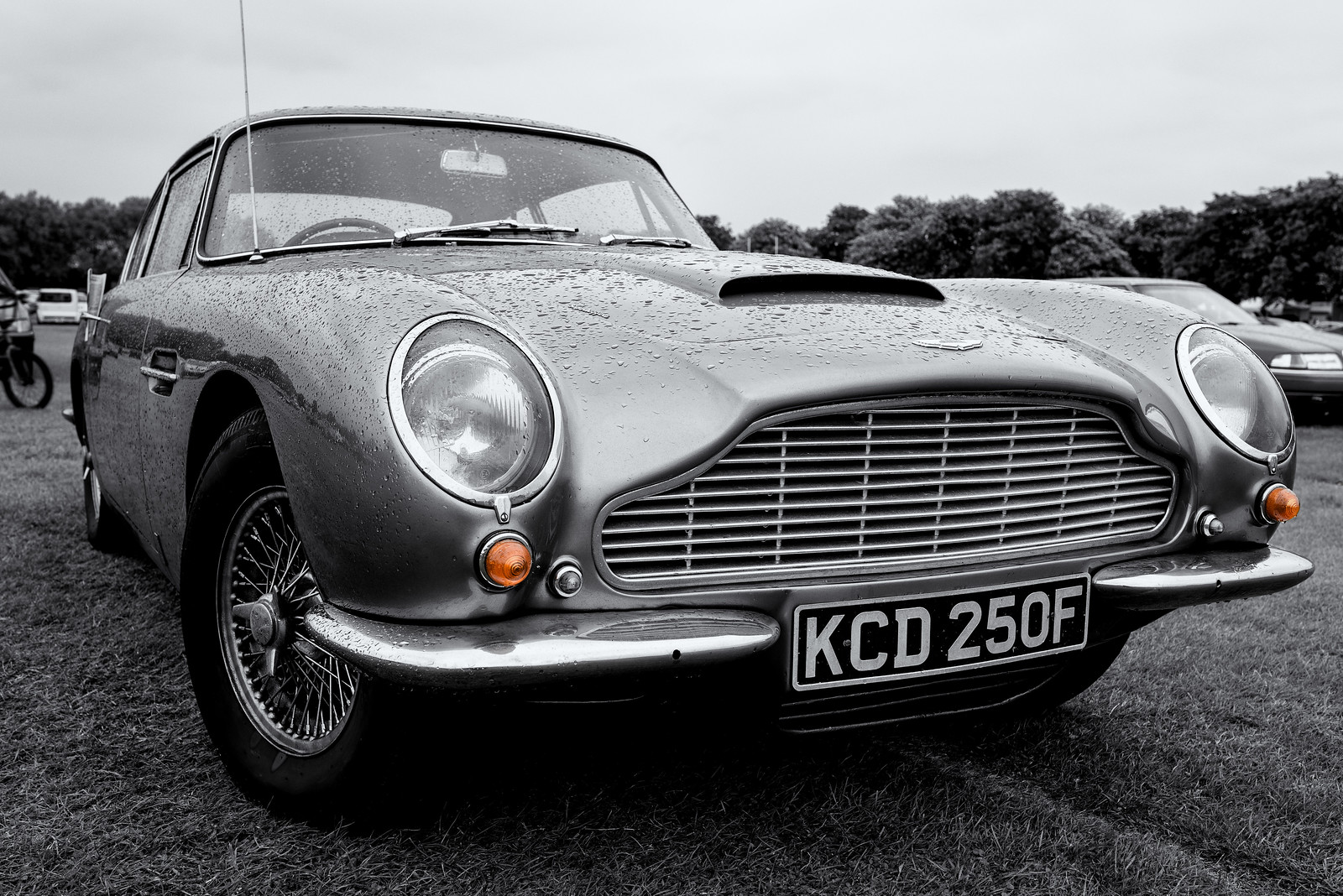 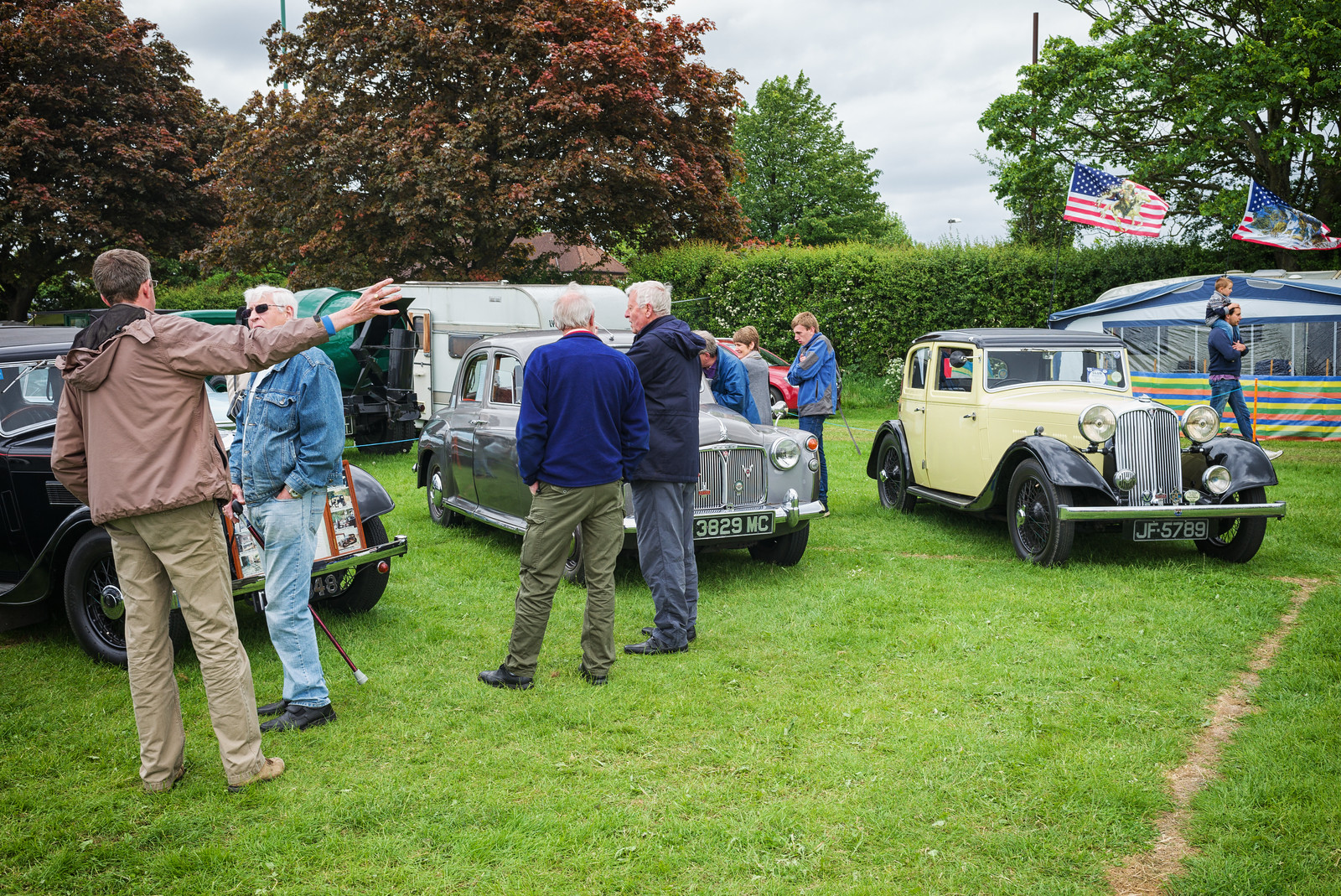 I’m realistic enough to realize the main attraction for my son was the fun fair, buses and traction engines rather than the cars but we did have to have a small negotiation about heading to see the cars first (on the basis people begin to leave with their cars from about 2pm onwards, but the fun fair remains). He (mostly) accepted this after he had been reminded (for the 18th time) and so we headed over to the exhibit of American hot rods, which is always great fun, and later on to some of the classic British cars and other vehicles. 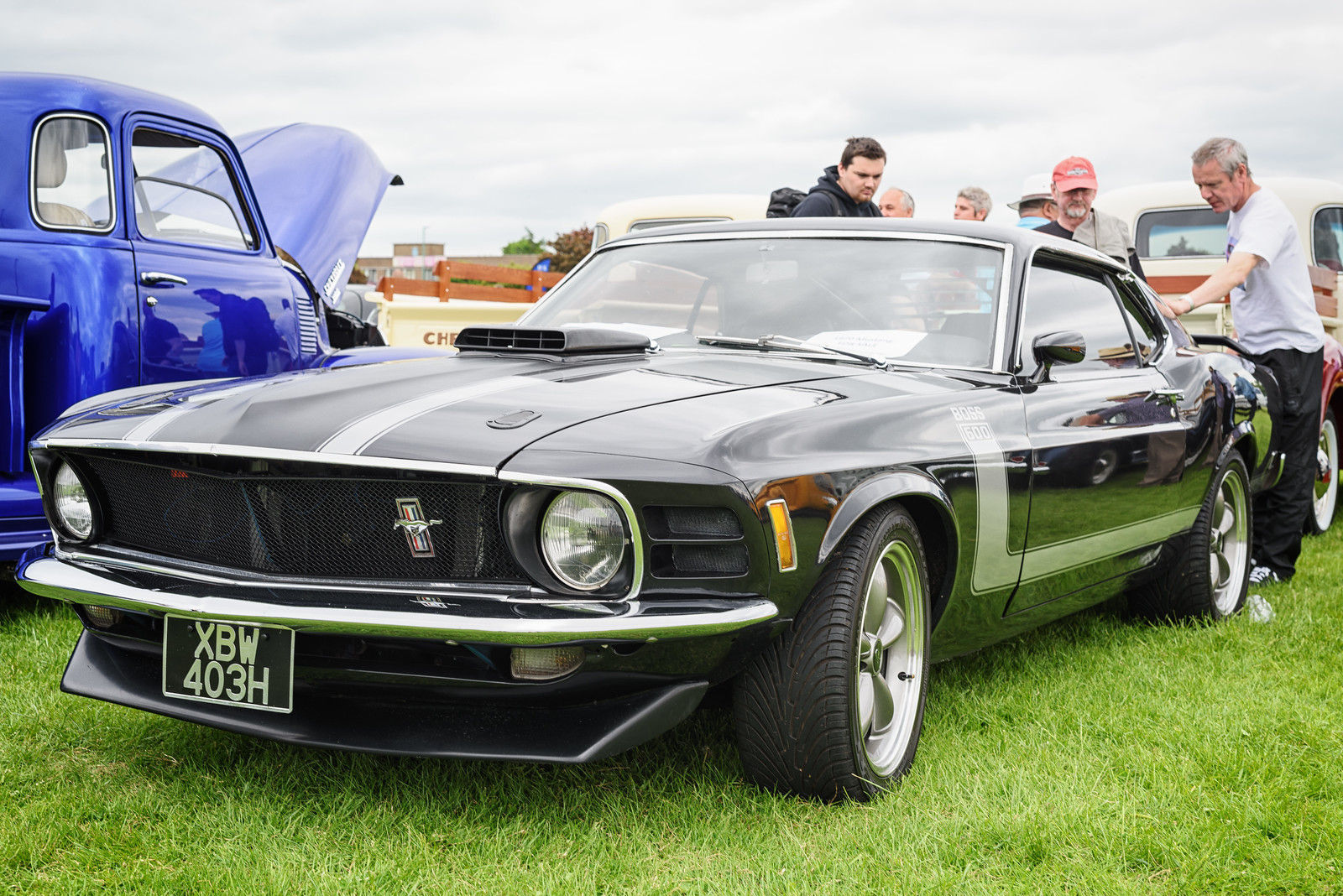 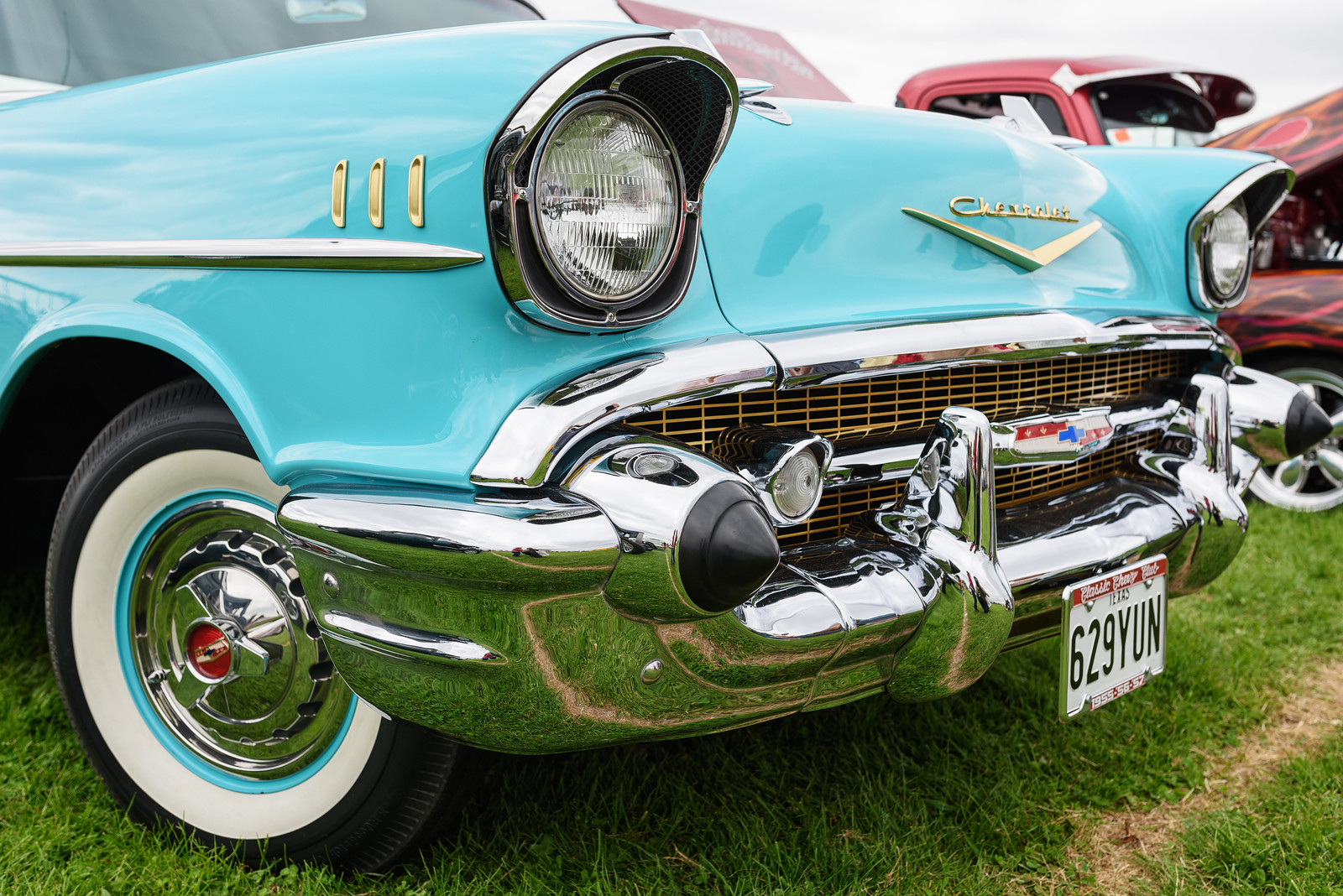 This sort of subject matter begs to be photographed with a high resolution camera and this time around I took my D810, but just as last year I took along my Sigma 50mm F1.4 Art as well as the Sigma 35mm F1.4 Art and my Nikon 70-200 F4. 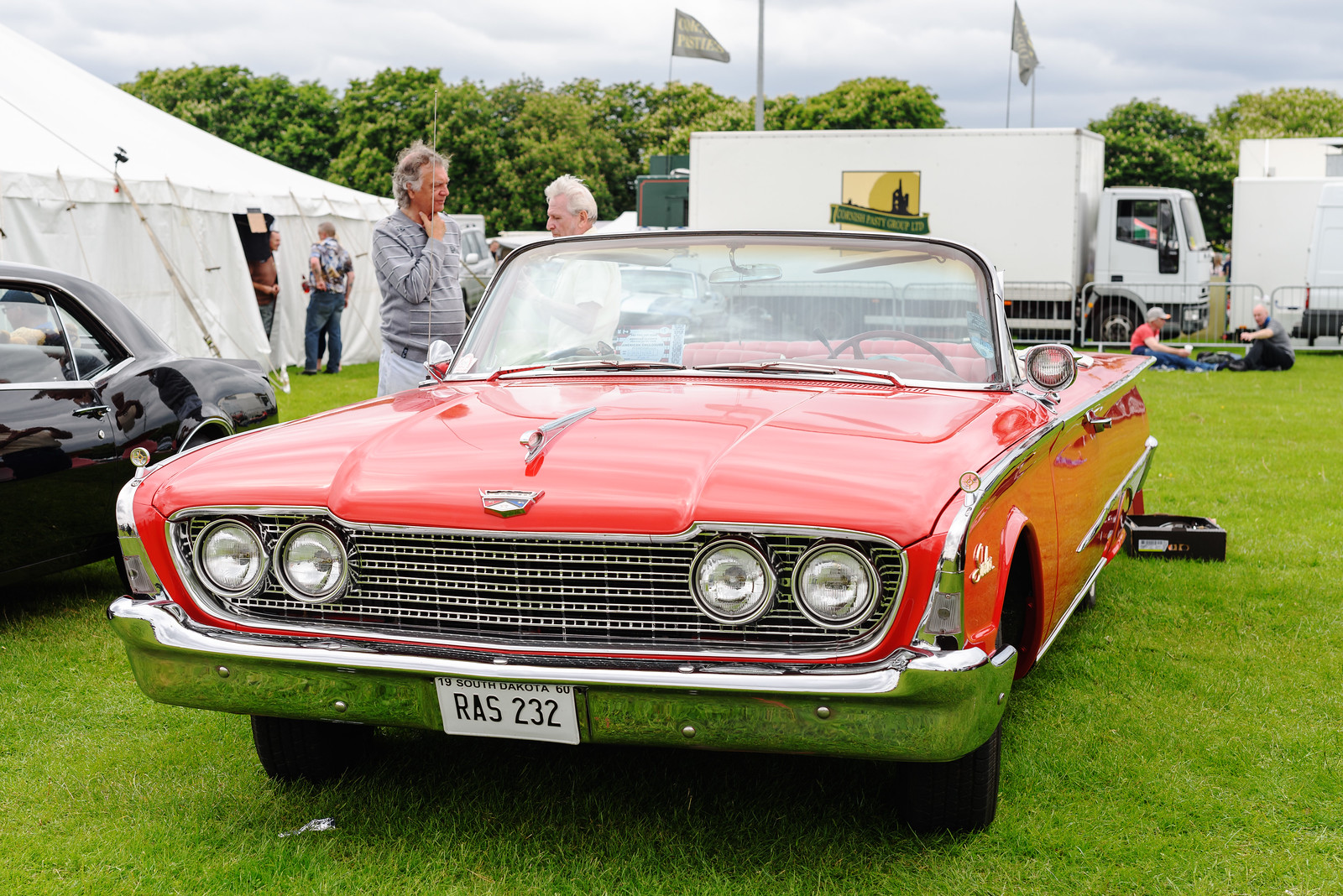 All of these are fantastic high resolving lenses with great contrast and so they proved here. As ever the only real weakness of the Sigma 50mm lens is the bokeh which can be weak when the subject is at a middling range. 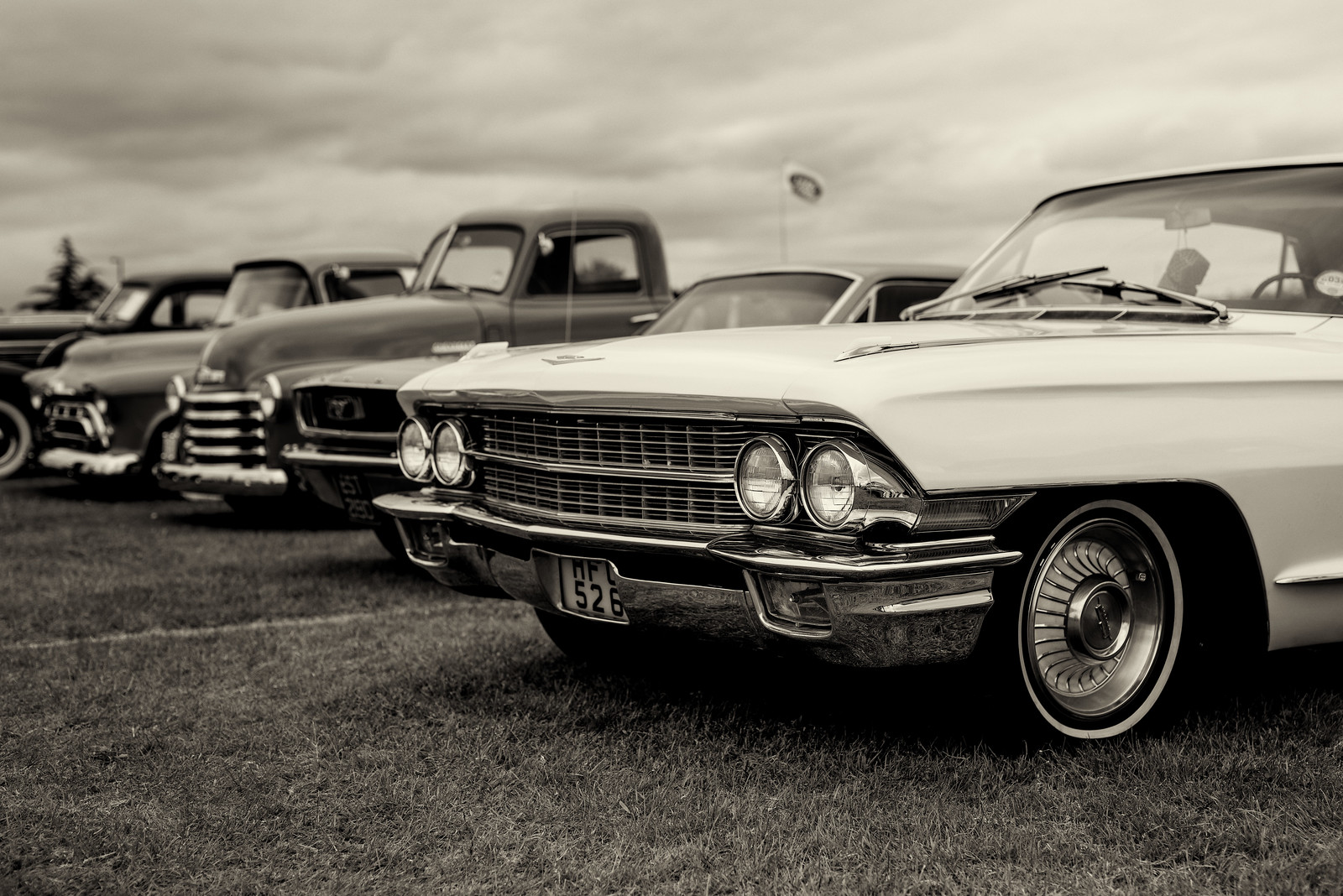 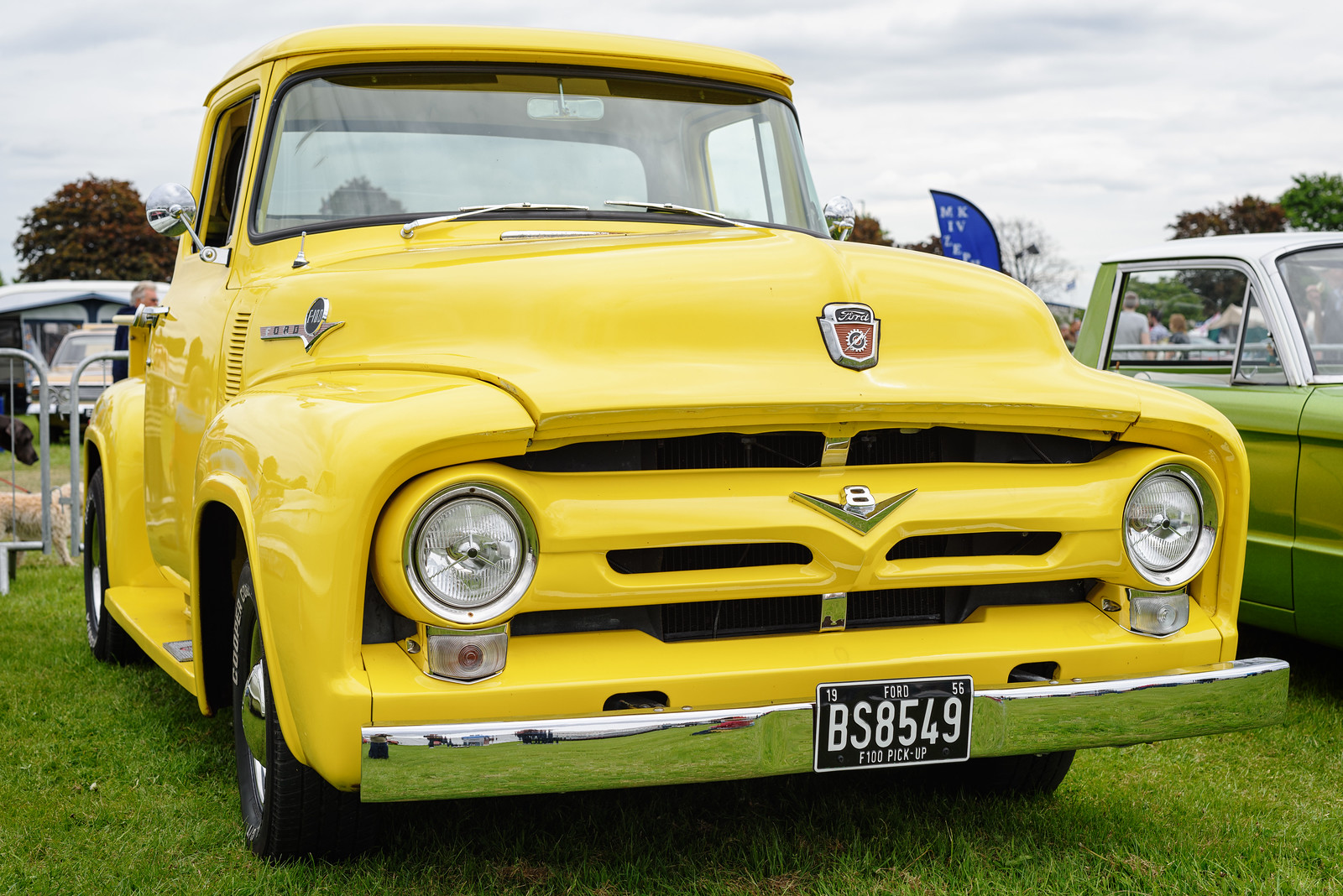 This time around there was no WWII theme (or vehicles that I could see) unlike previous years but the motorcycle display was more spectacular if anything than I remembered it from last year. The jumping with two bikes together was mind blowing, though I suspect I should consult a physicist friend to understand how it is that the riders could completely let go of their bikes during the stunts, but fall in parallel, then grab them again in time to land. This sequence of 5 shots attempts to give a flavour of all of this in stills (which is difficult). 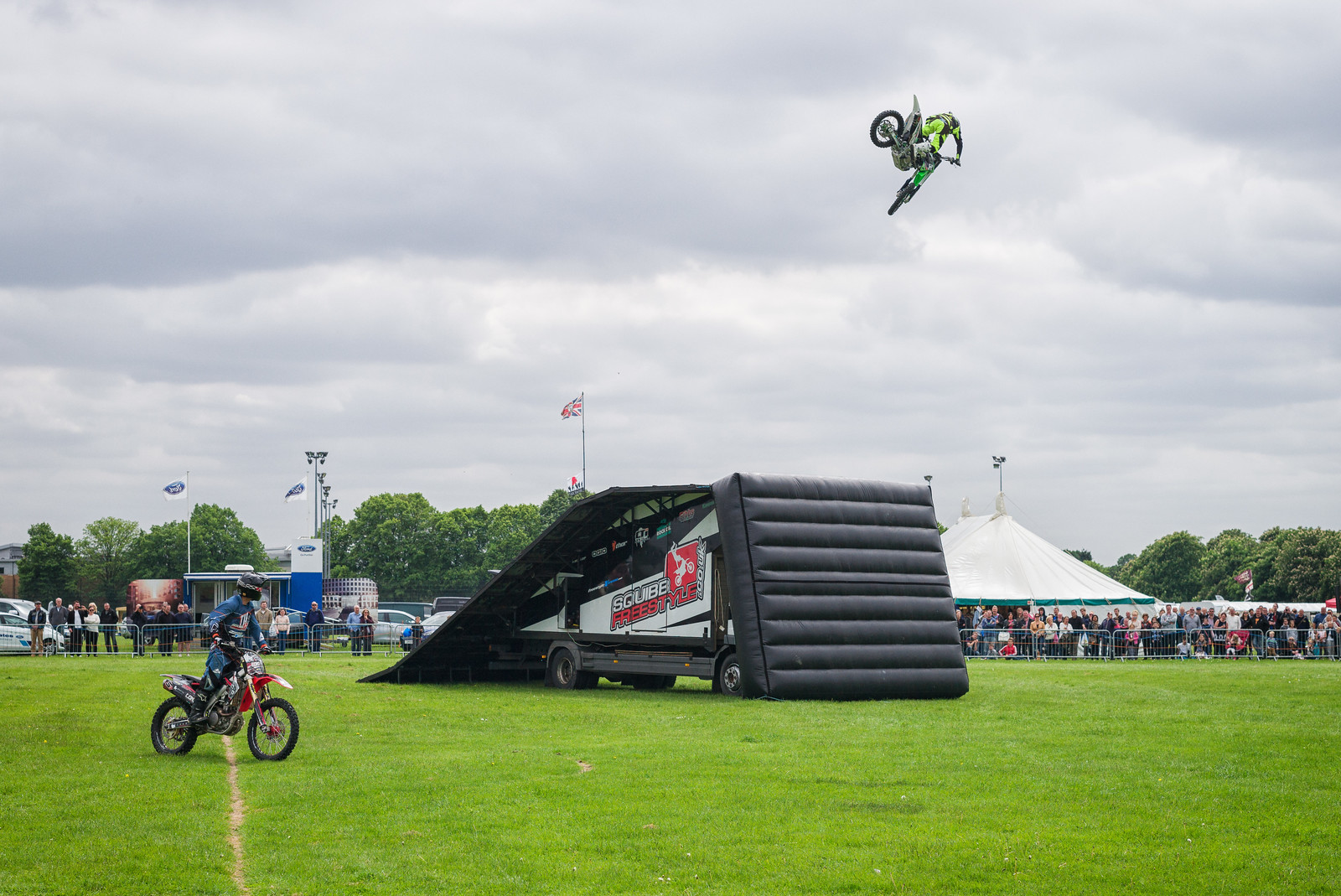 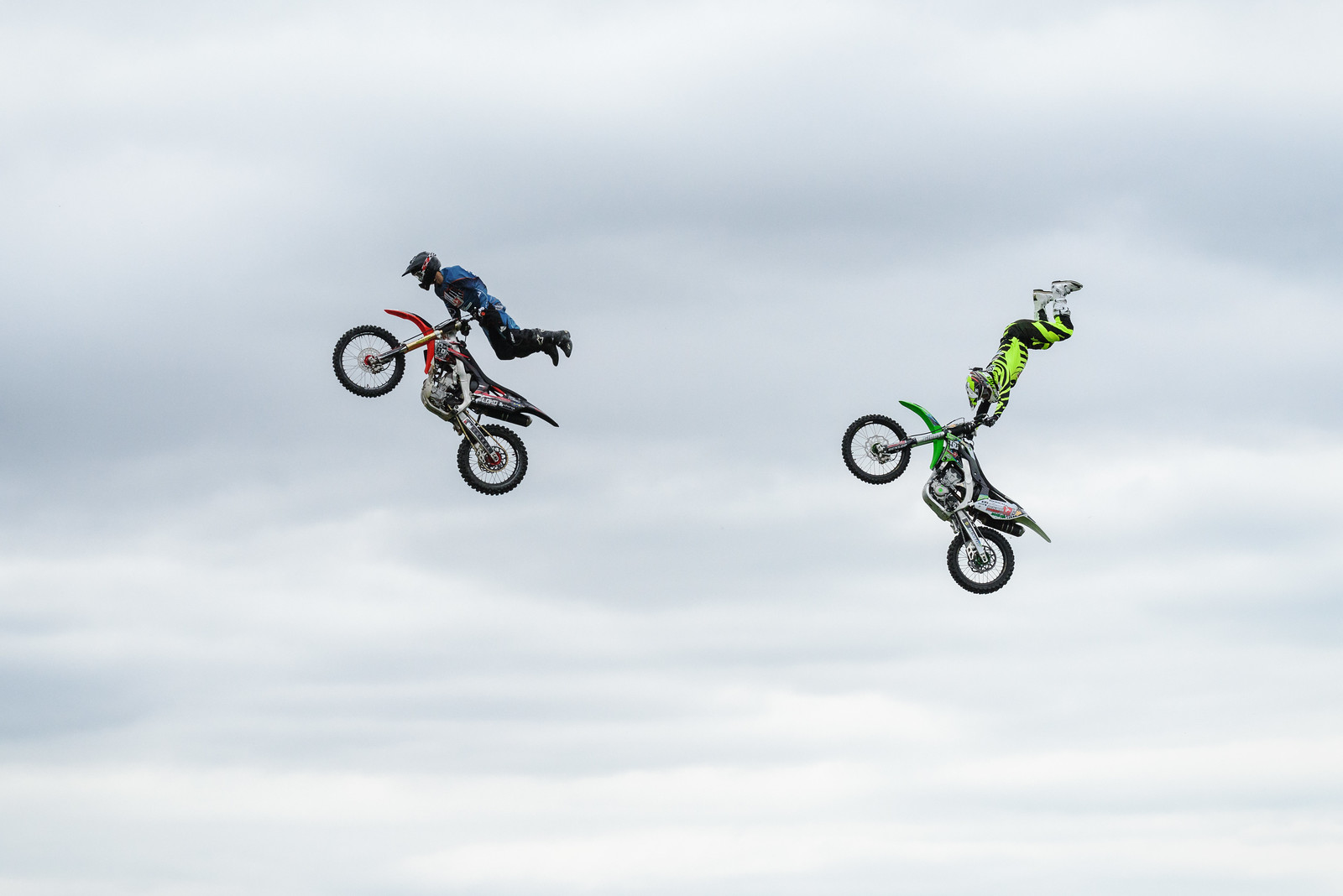 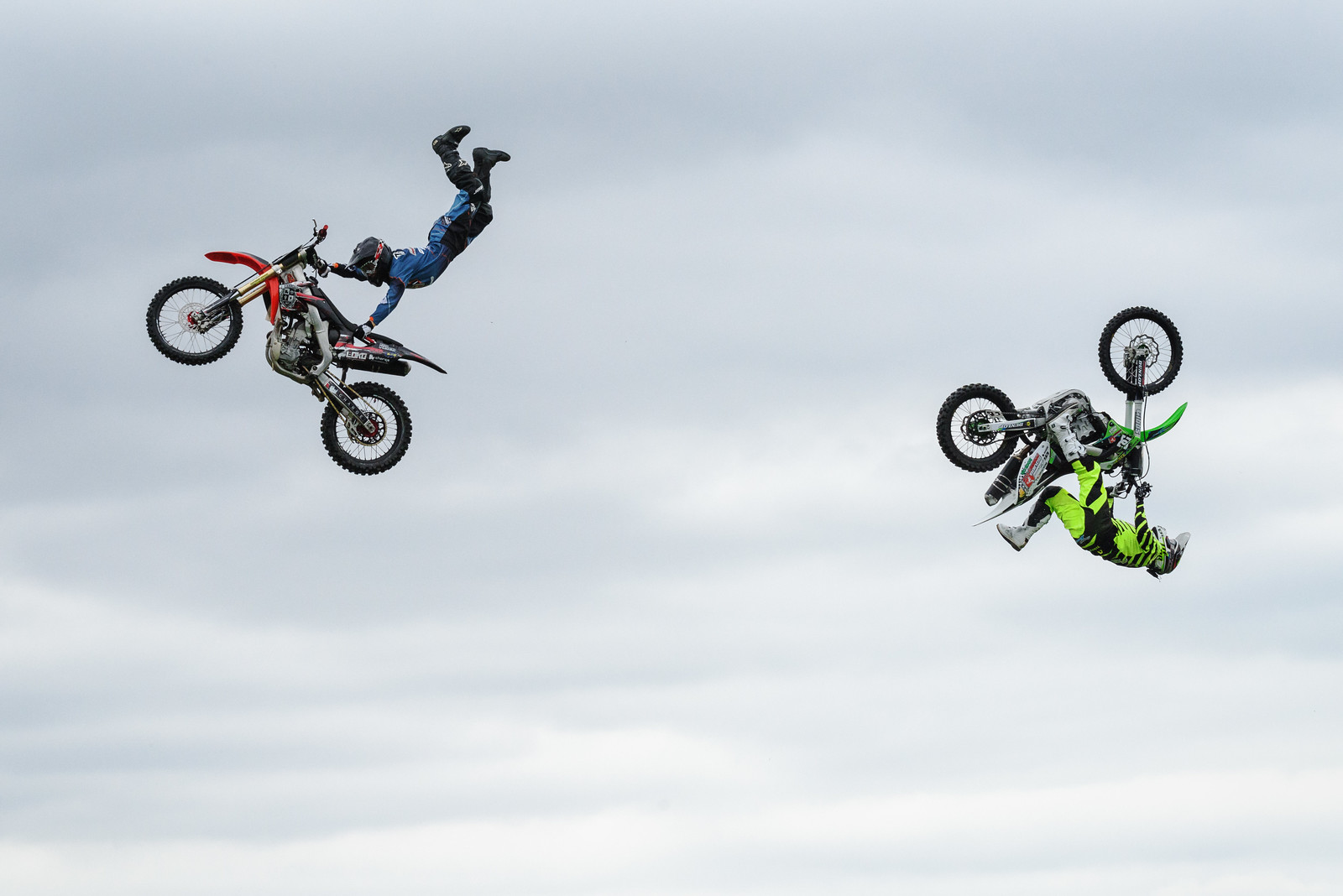 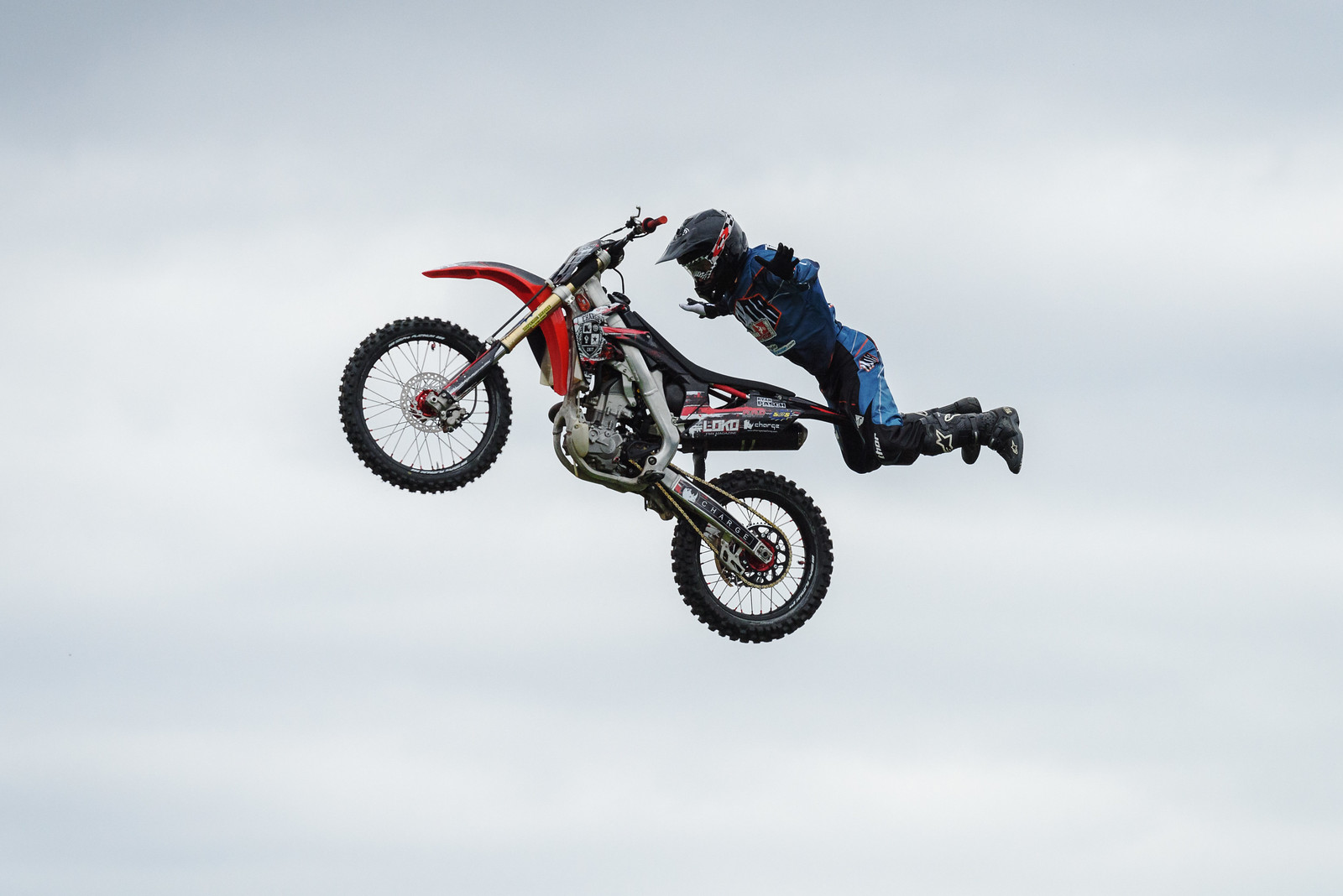 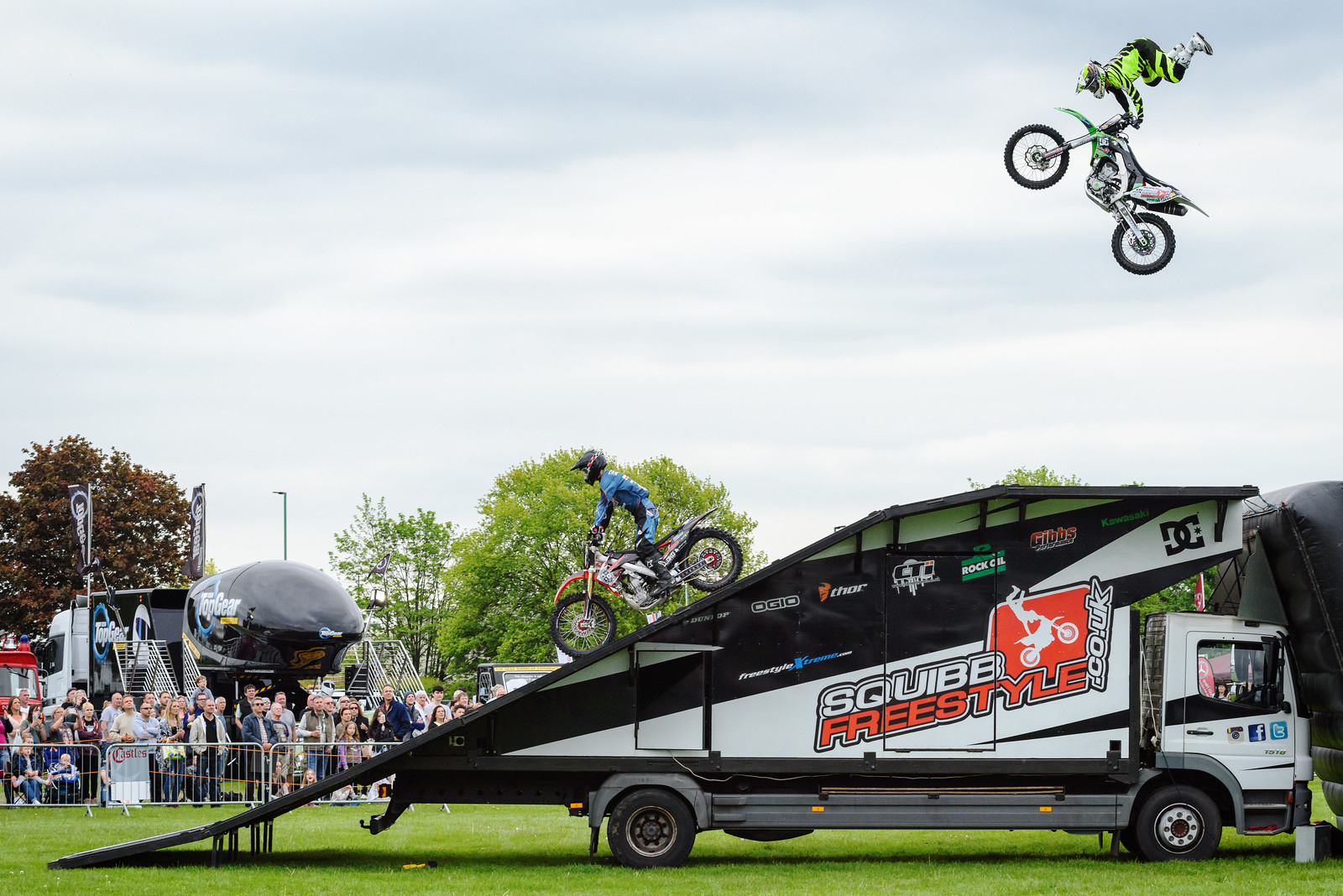 So I won’t complain about that, but I will complain about the weather, which turned very wet just as we arrived at the fun fair. This was, of course, great for my son, but less great for me as I stood in the rain while he was under cover on carousels and the like. The young guy operating the carousel even asked me if I wanted to stand in the middle to avoid the rain. Eventually, looking like I had decided to take a clothed shower, I decided it was time to head home. 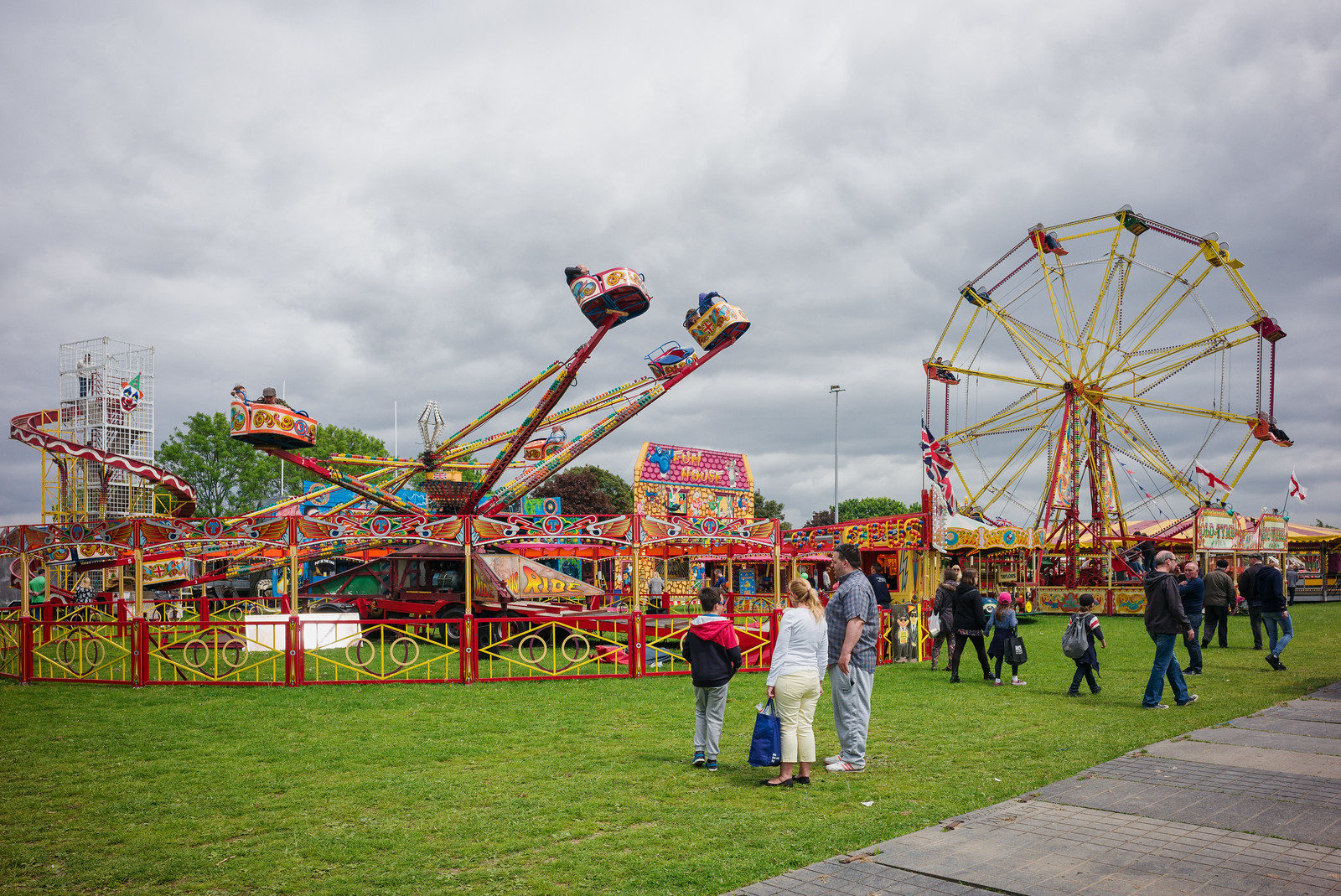 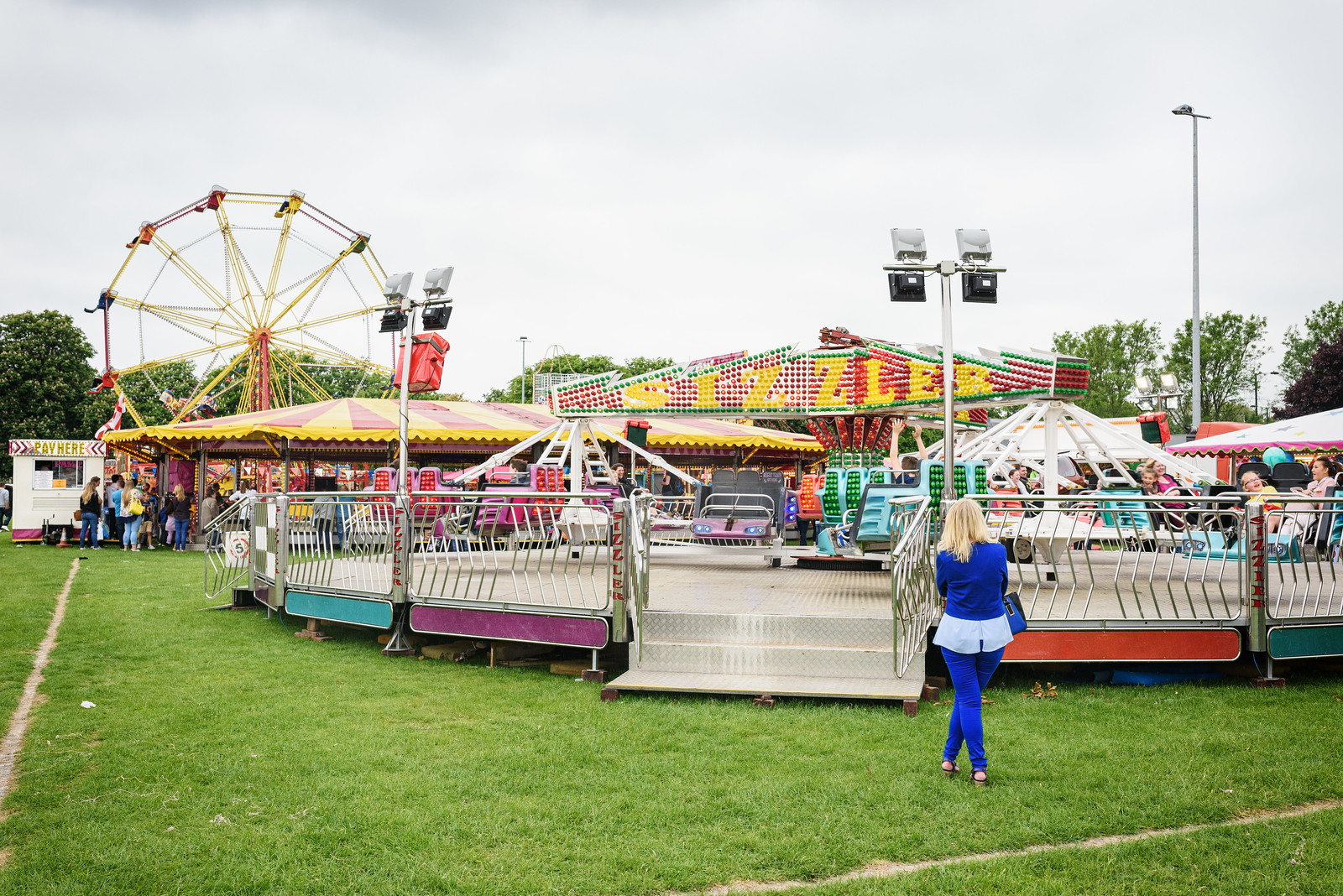 However, the good thing about the Pageant is the fact it stretches over 3 days, so an opportunity existed to go again the next day (and get wetter!). I’m often conscious of the fact that I have a tendency to walk out of the house with my D810, because it’s a DSLR that’s capable of everything and gives you bags of resolution and DR, without thinking too hard about whether I really need it. In this case I though it would be nice to take my Leica M to get some more documentary type shots along with the inevitable shots of cars. 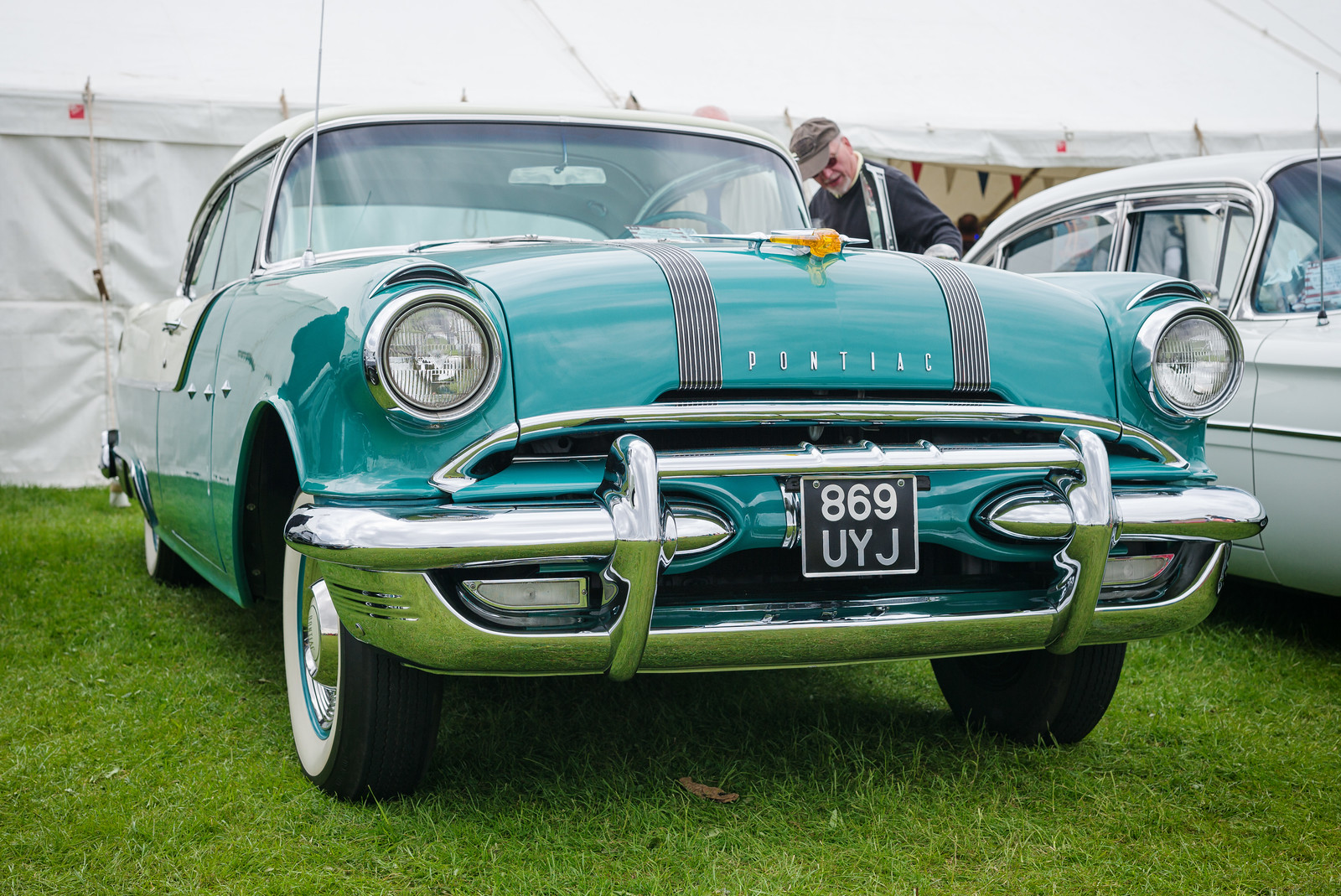 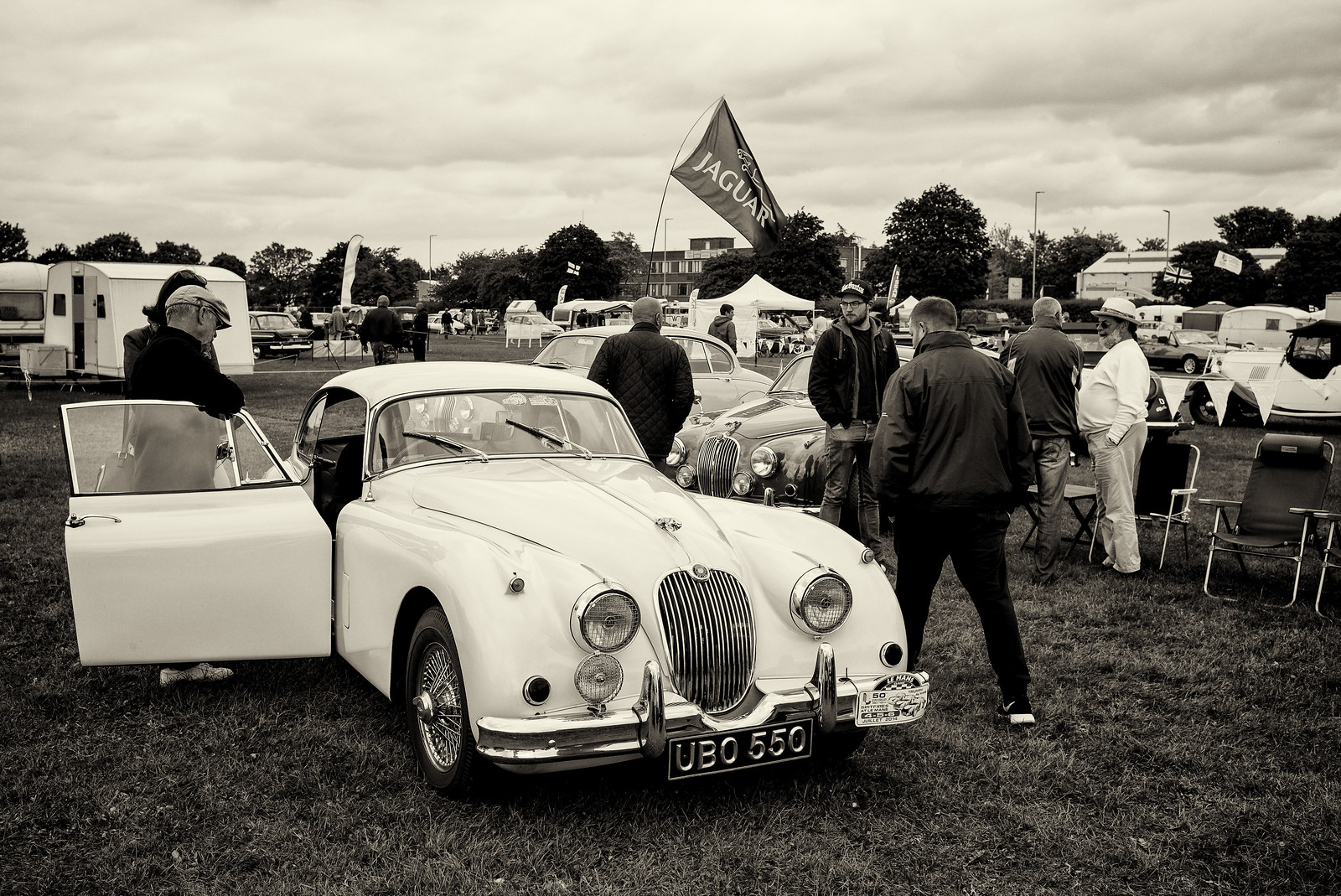 I know many of you would ask why not take the D810 again? It’s partly size and weight and partly the quality of Leica glass that simply begs to be used. No one else makes lenses with such an attractive combination of absence of aberrations, resolution, microcontrast, global contrast and saturation of results. 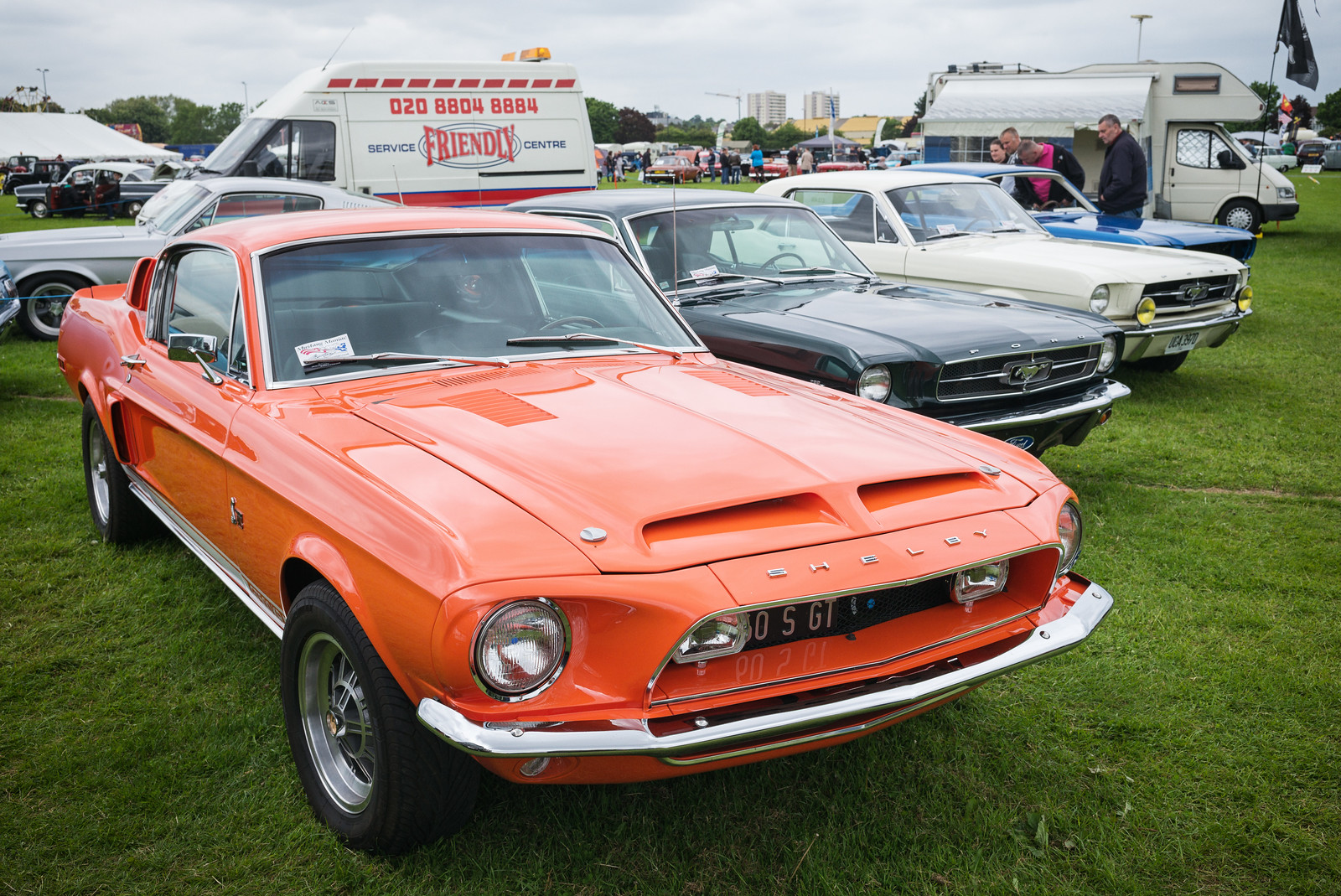 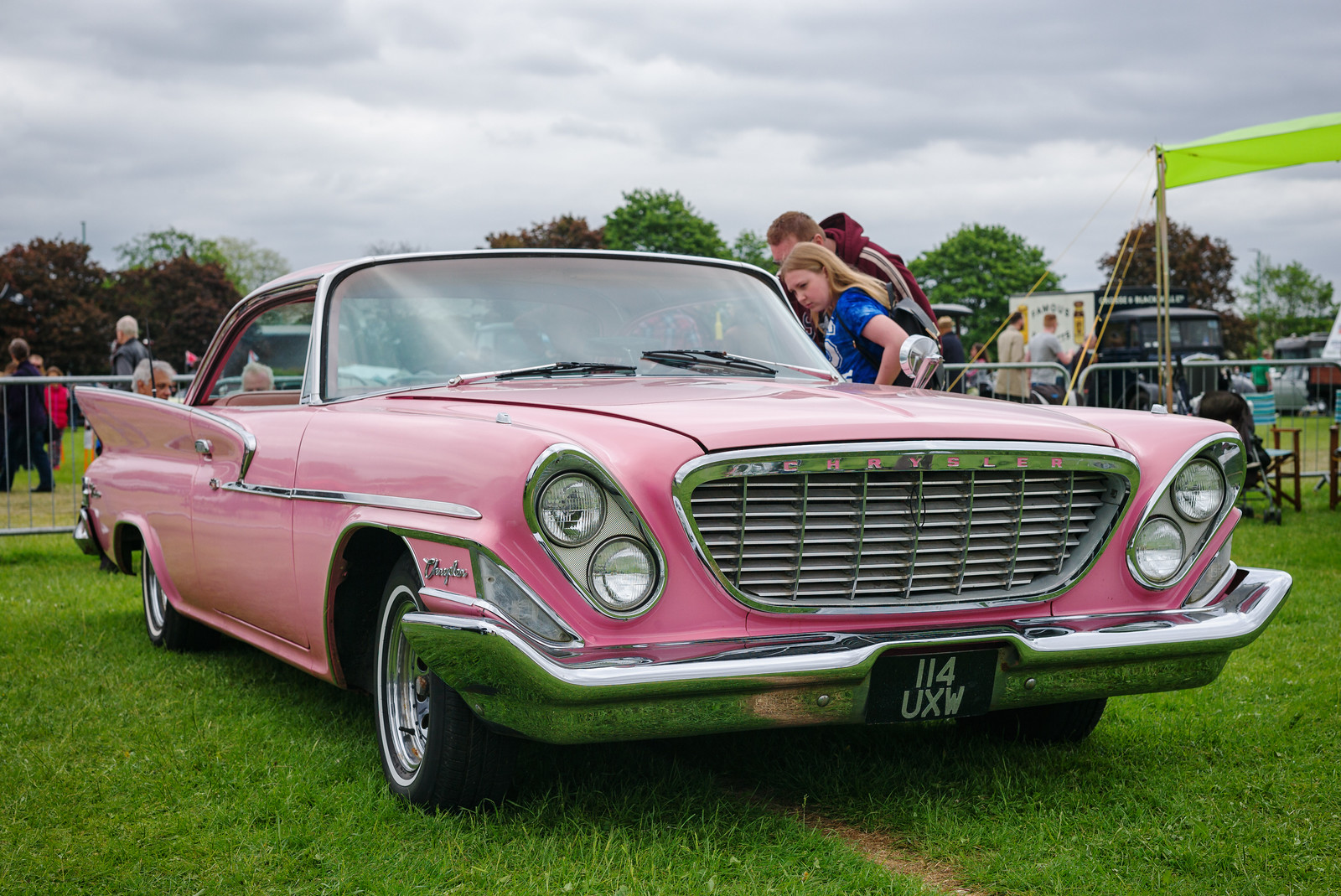 However, there’s no doubt in my mind that the overall number of shots falls when I pick up the Leica, but this is offset by the quality of results. If I sold mine tomorrow I would really, really miss the way using the rangefinder window affects my composition. However, enough rambling about Leica. 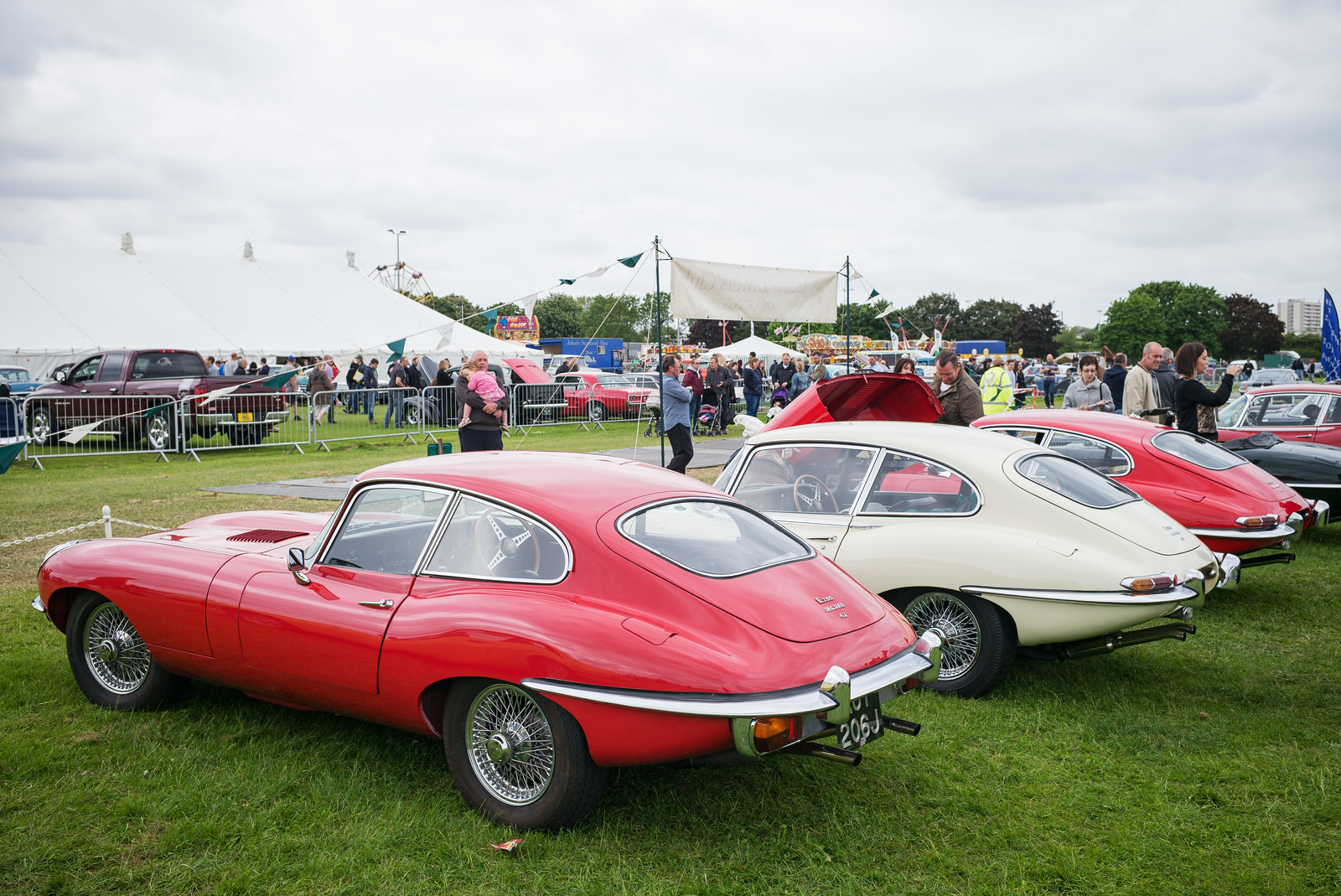 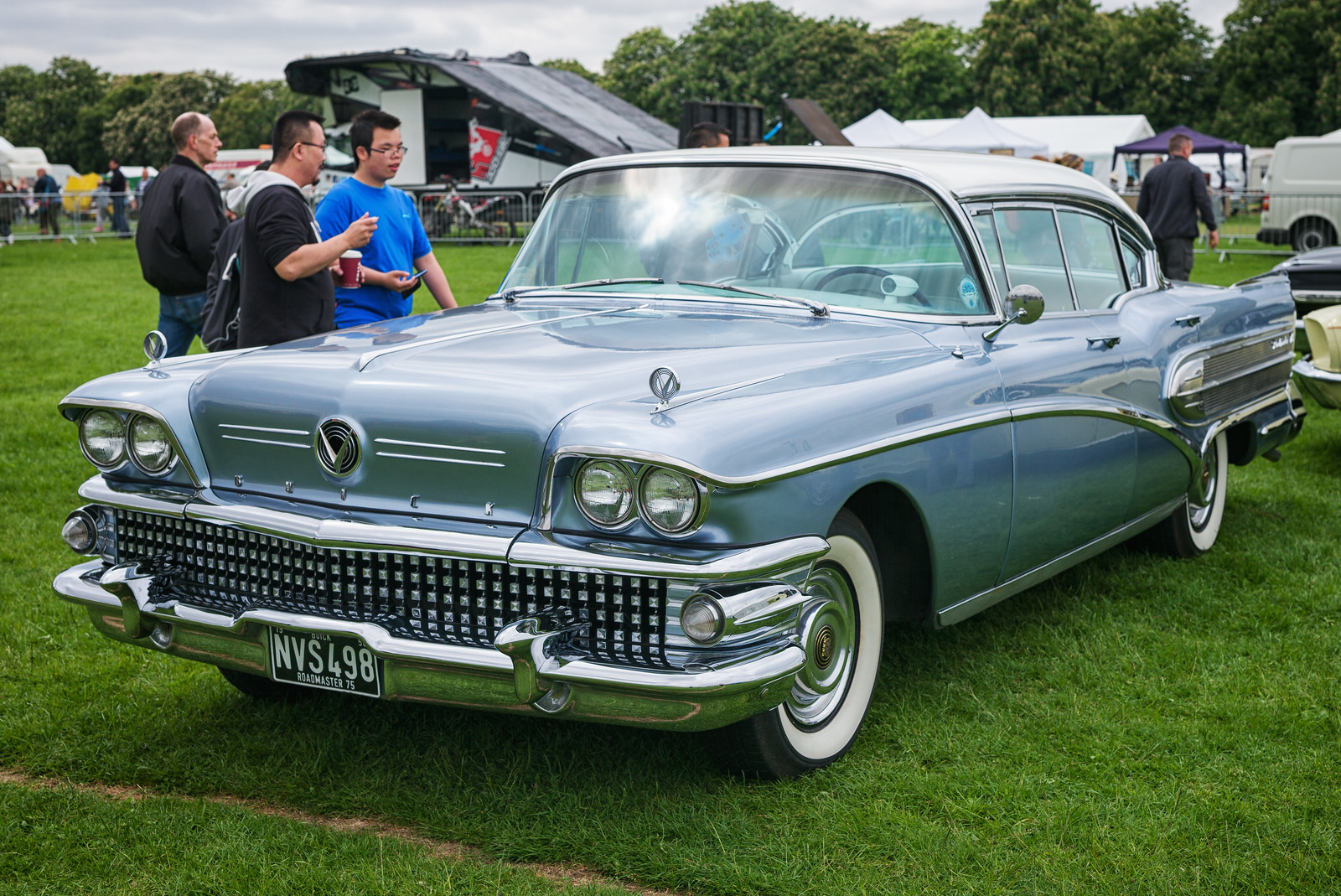 All too soon (about 2pm in fact…) we were treated to the sight of the owners starting up their beautiful machines and heading for home. 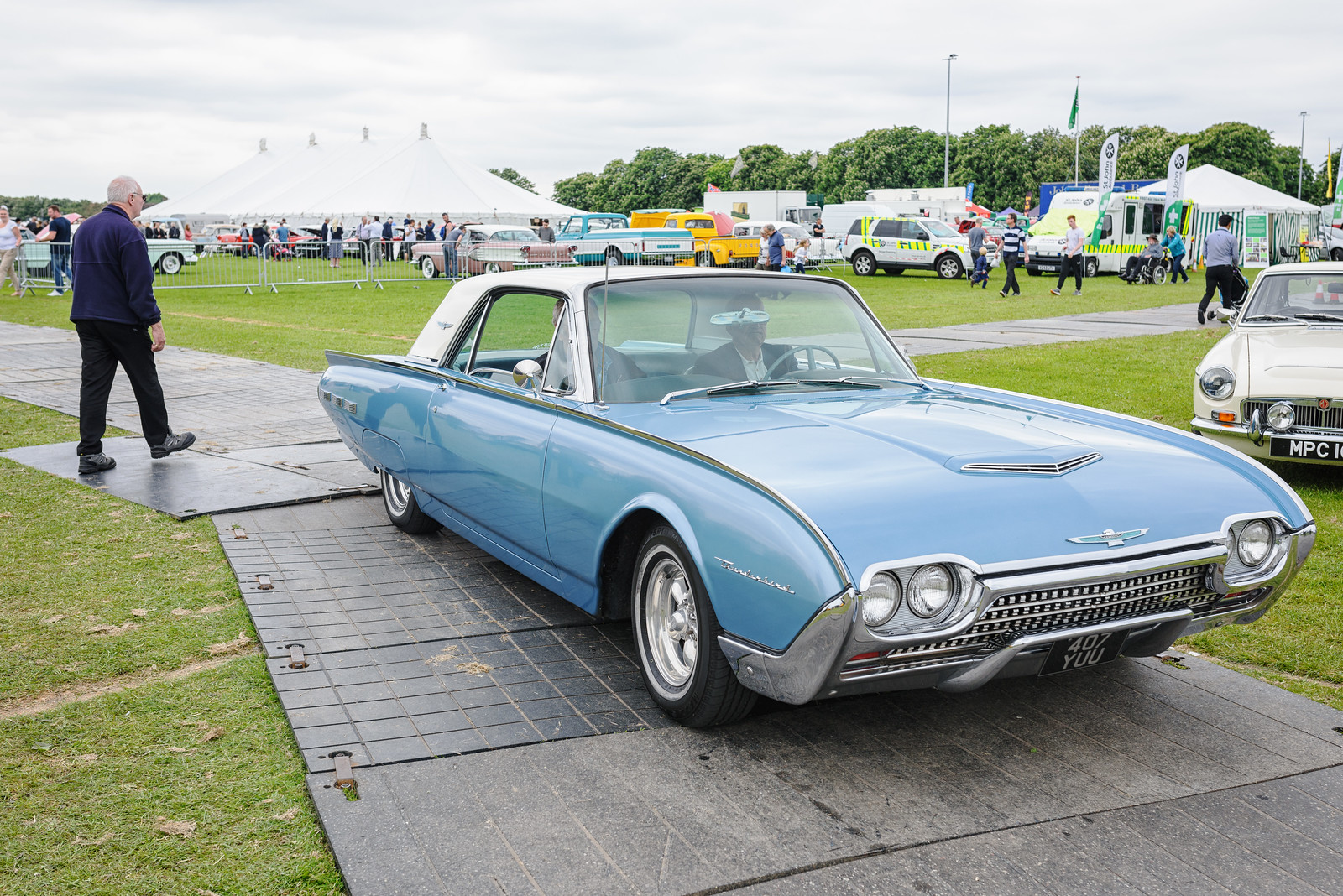 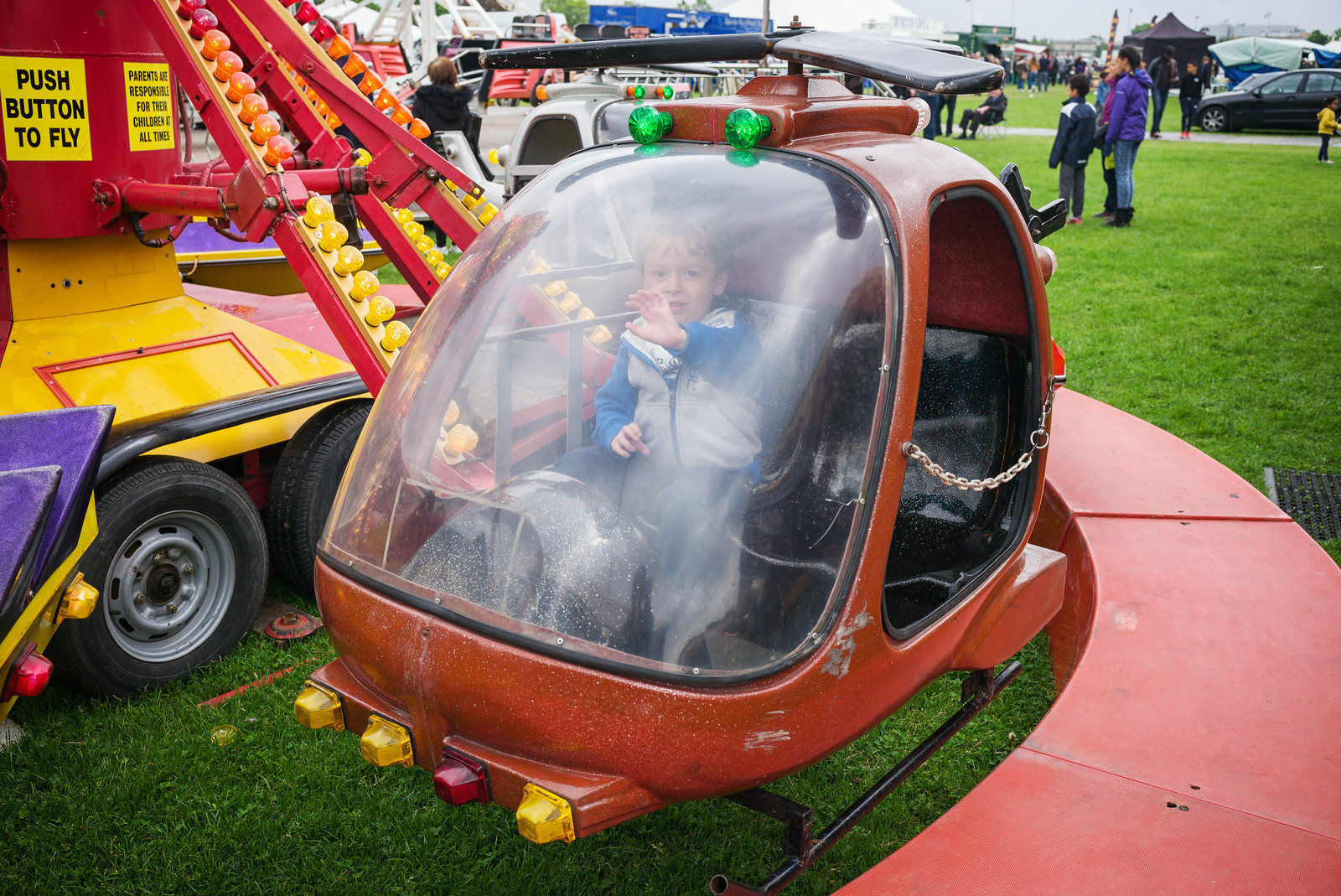 The good news is the weather held off this time and we were able to enjoy more motorcycles, steam traction engines, buses and a whole lot of classic mustangs for Daddy… The best part of going back though was being able to take some time and grab more context. 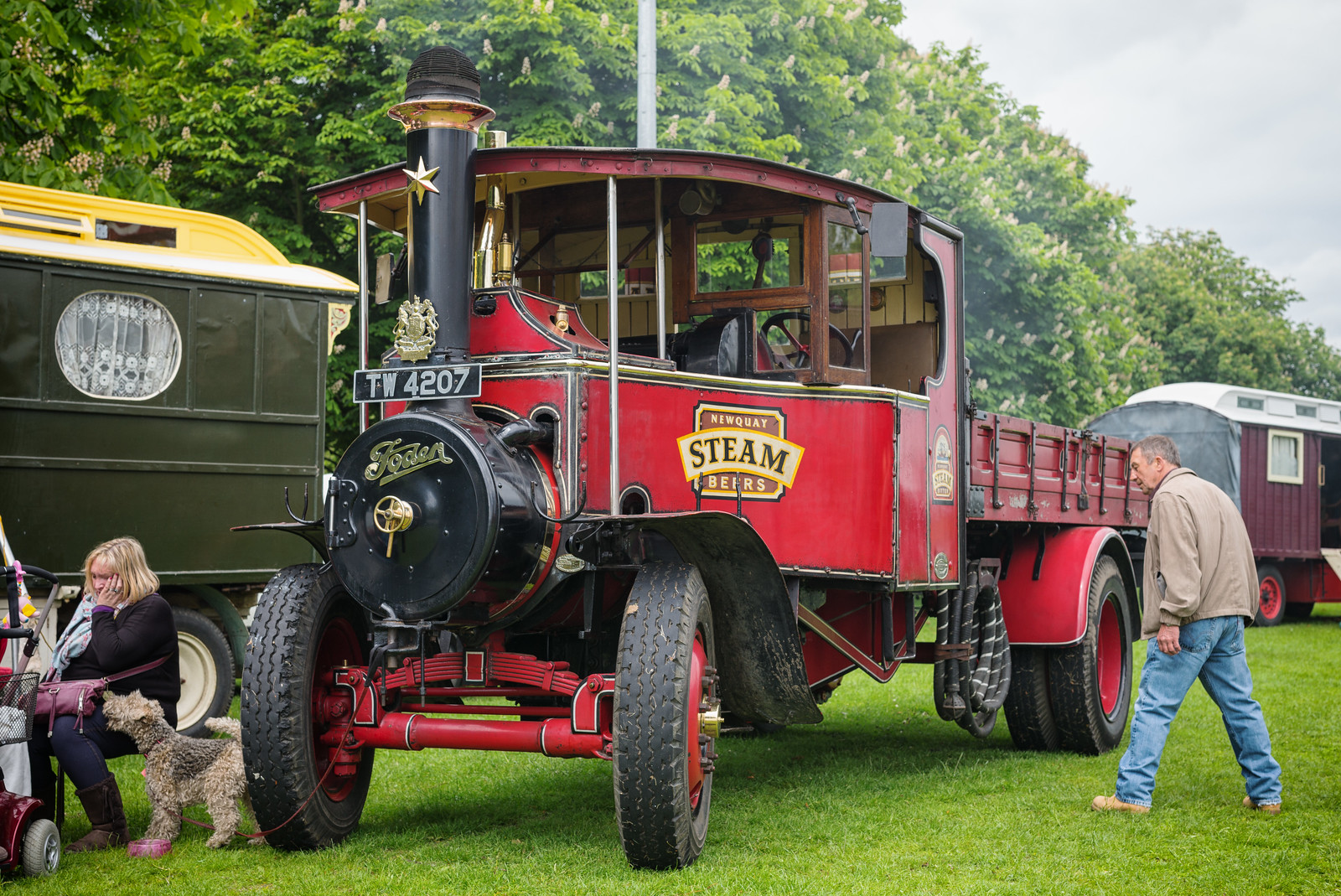 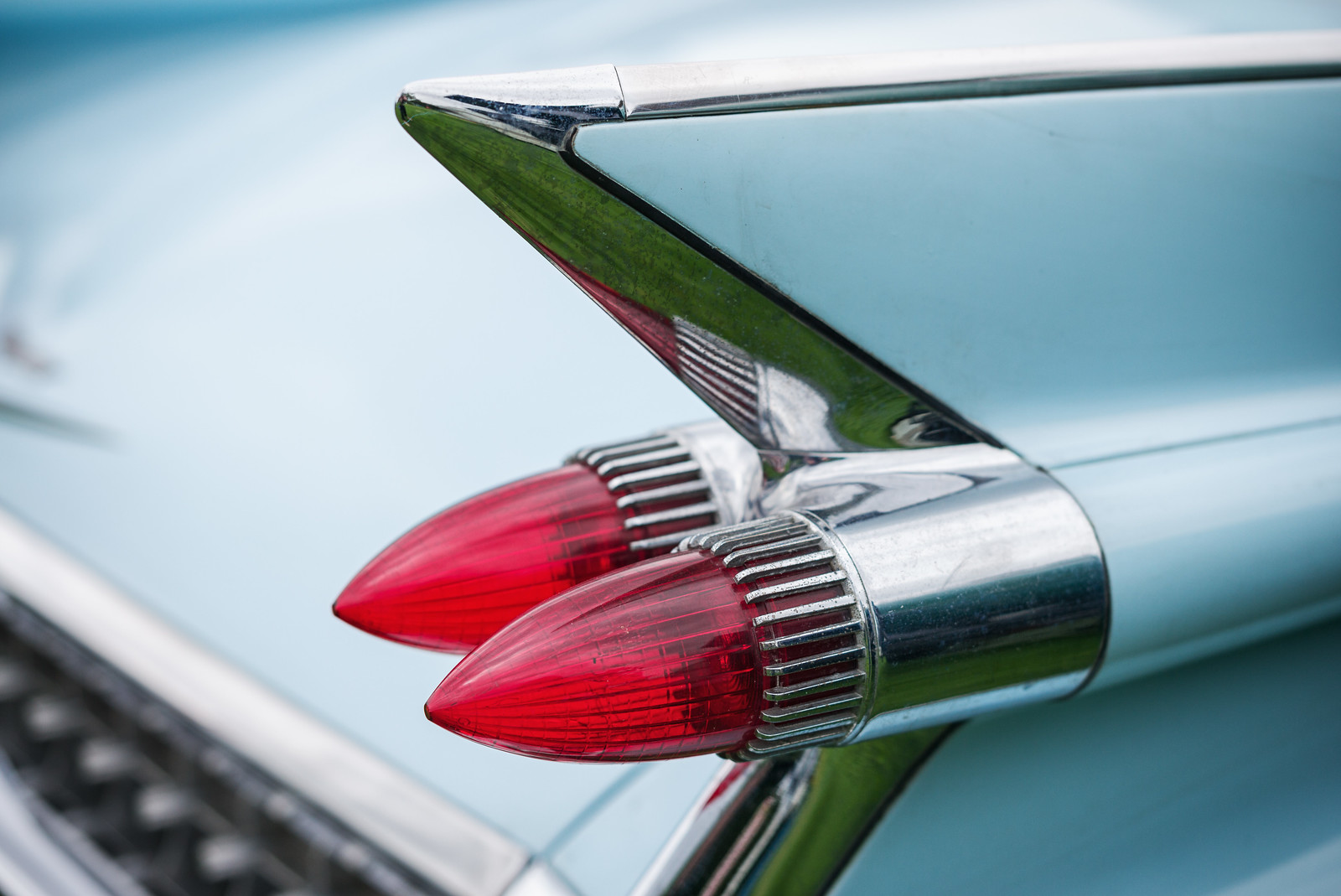 At the end of the day, it isn’t just a group of cars, there’s a lot of love from the owners for their cars here too. These are machines that aren’t just designed and made to look spectacular (in some cases), someone has spent hours making them look amazing (in almost all cases) too. 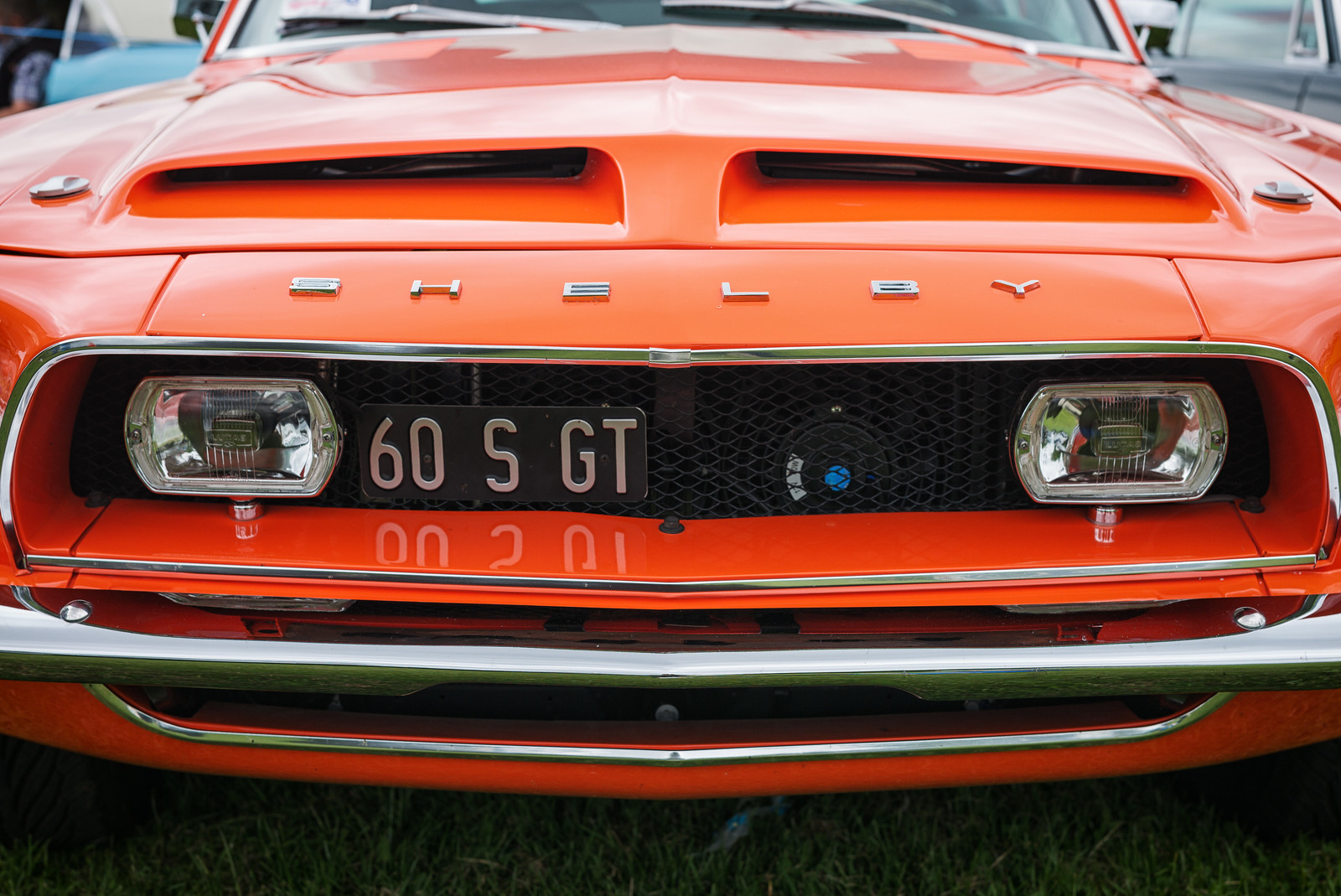 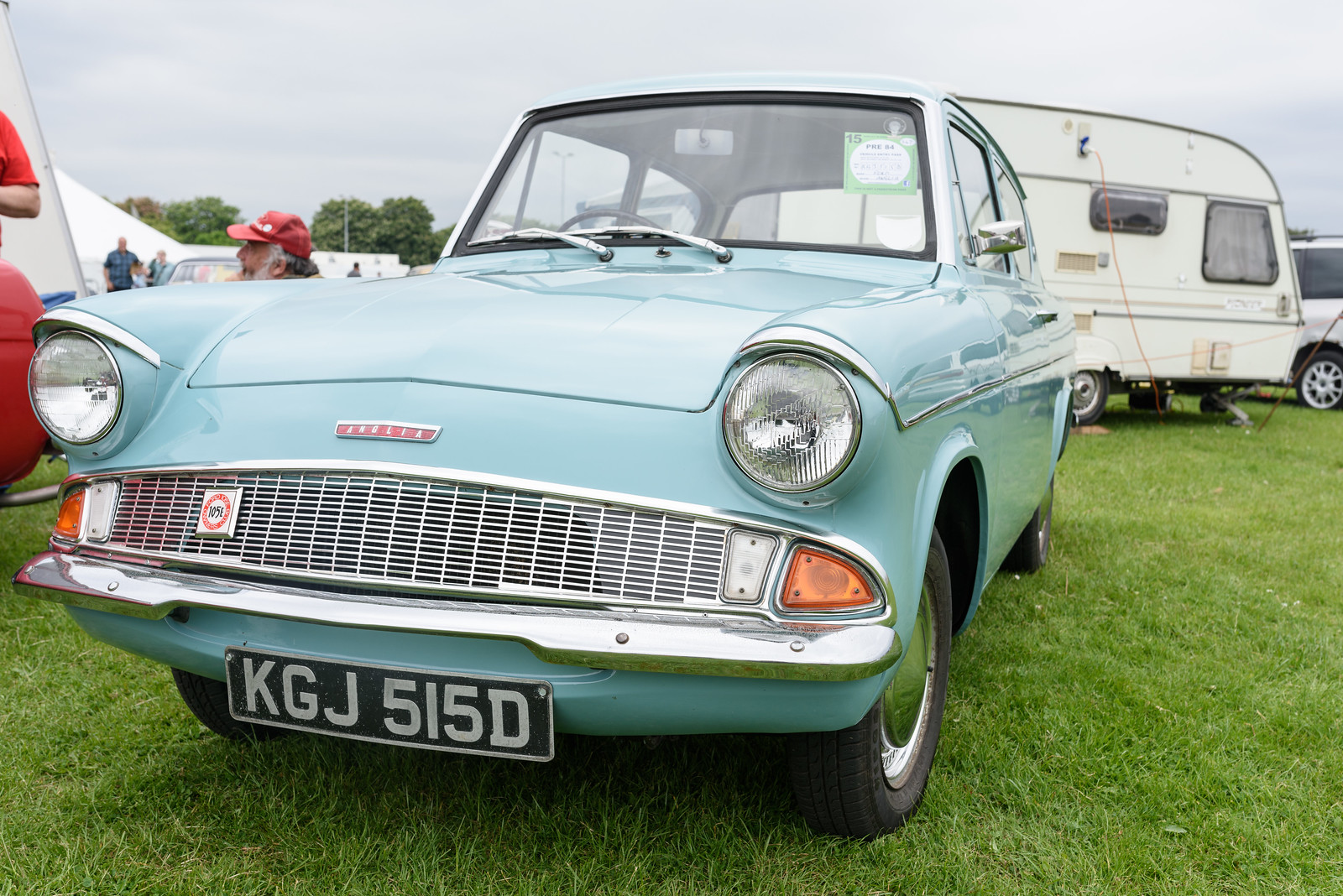 I’ll finish by saying thank you to all the owners who displayed their vehicles at the pageant and the Whitewebbs Museum of Transport for organising a great show. My son would like to thank whoever organised the fun fair…