SkyGarden is the new “public” space at the top of 20 Fenchurch Street, a new skyscraper in the City of London. 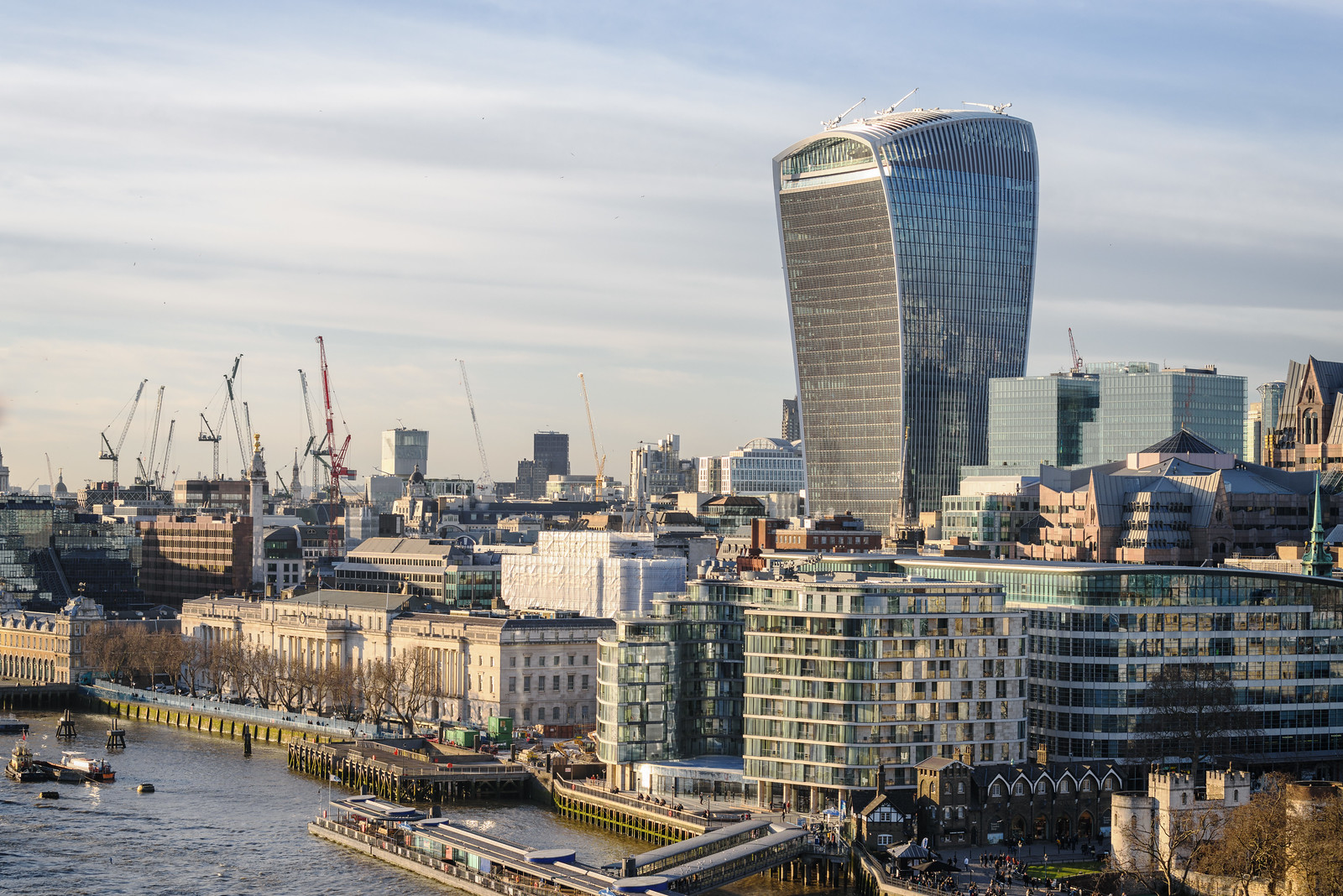 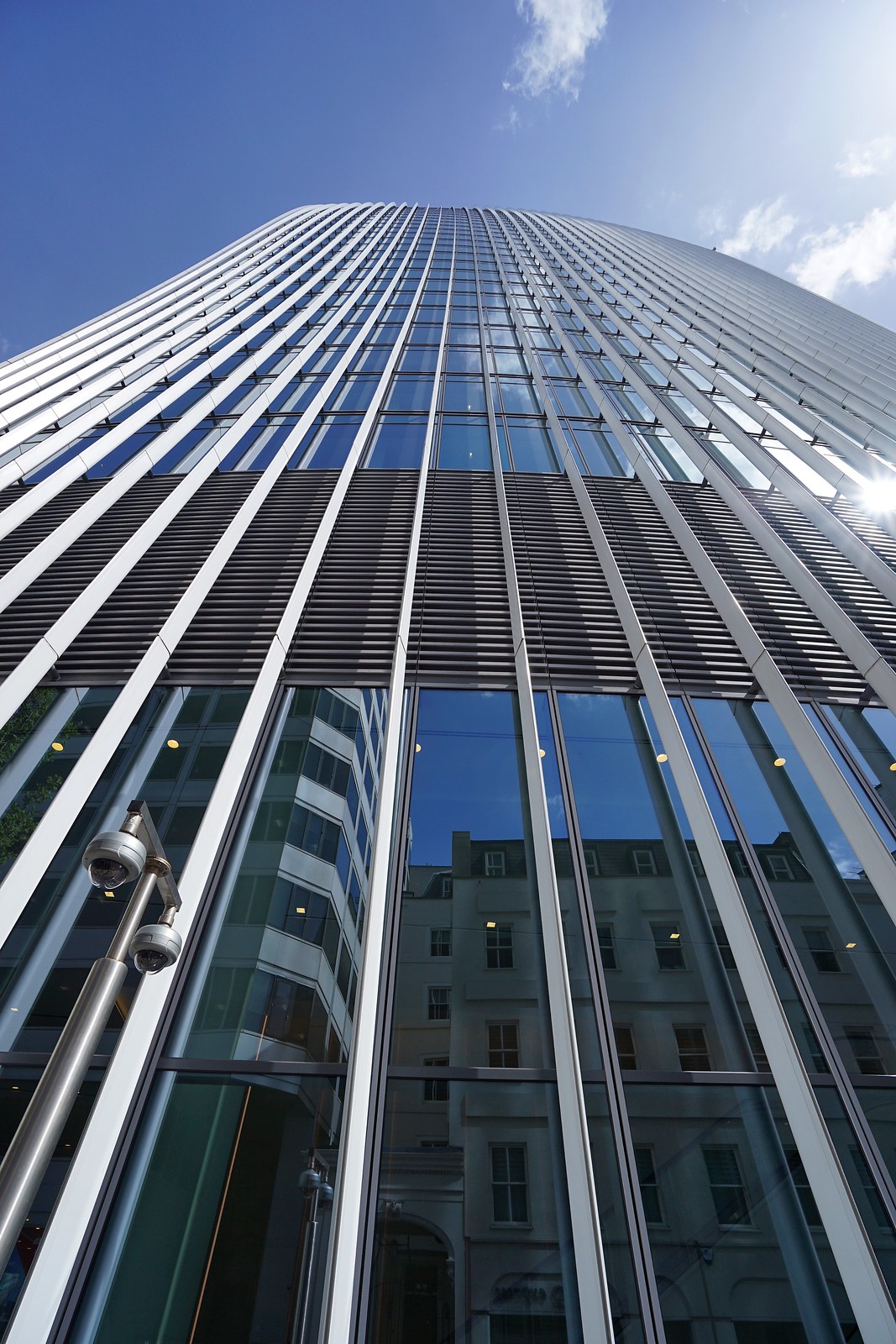 People may know the building better as the “walkie talkie” or “walkie scorchie” (in light of its ability to melt cars and scorch the streets). 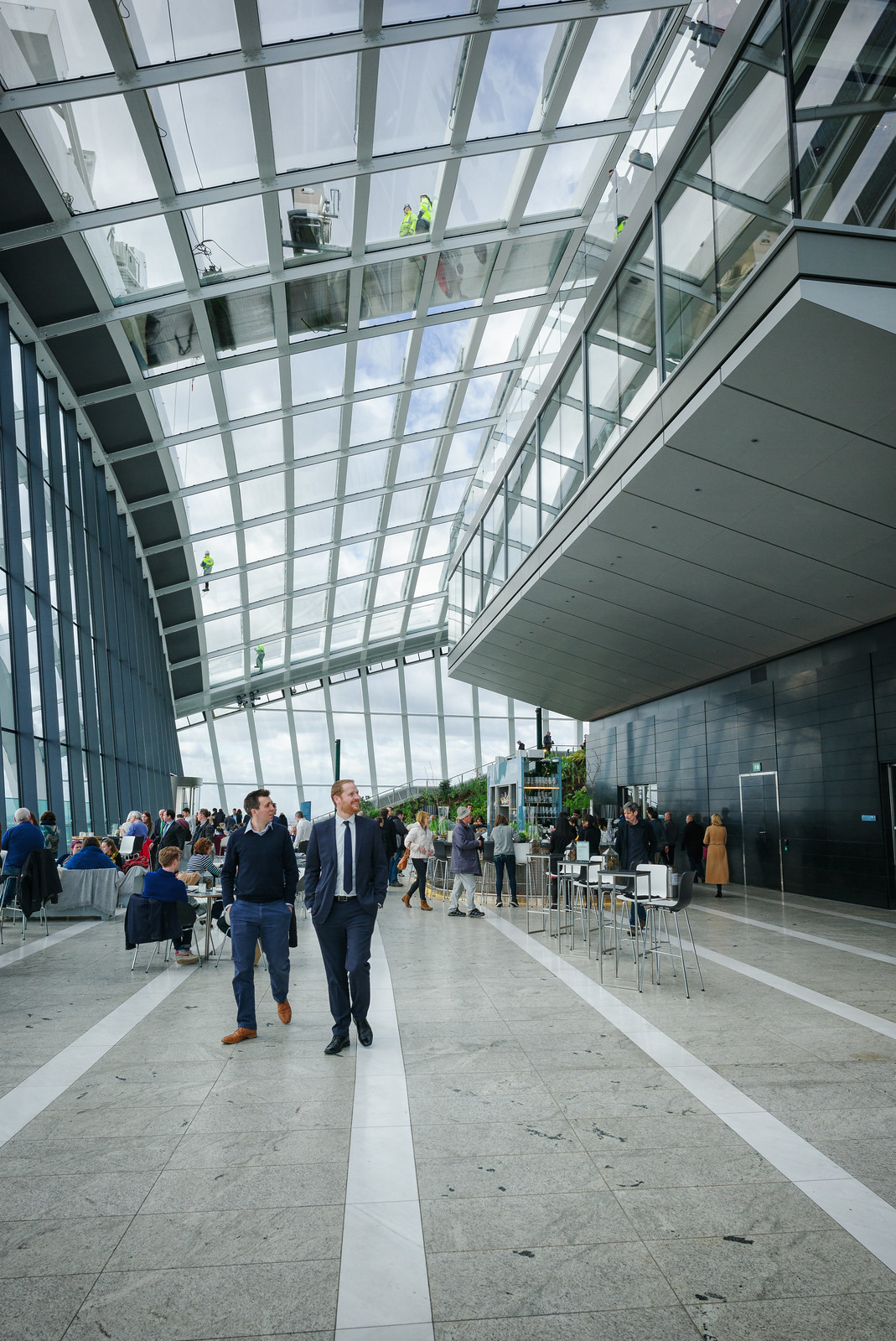 20 Fenchurch Street was designed by architect Rafael Viñoly in a postmodern style, with a top-heavy design (partly intended to maximise floor space towards the top of the building, where rent is often higher). Construction was completed in spring 2014, and the SkyGarden on the top floors was opened in January 2015. The 34-storey building is 160 m (525 ft) tall, making it the fifth-tallest building in the City of London. The first tenants largely comprise insurance brokers (consistent with the buildings location) with a smattering of lawyers and financial firms. 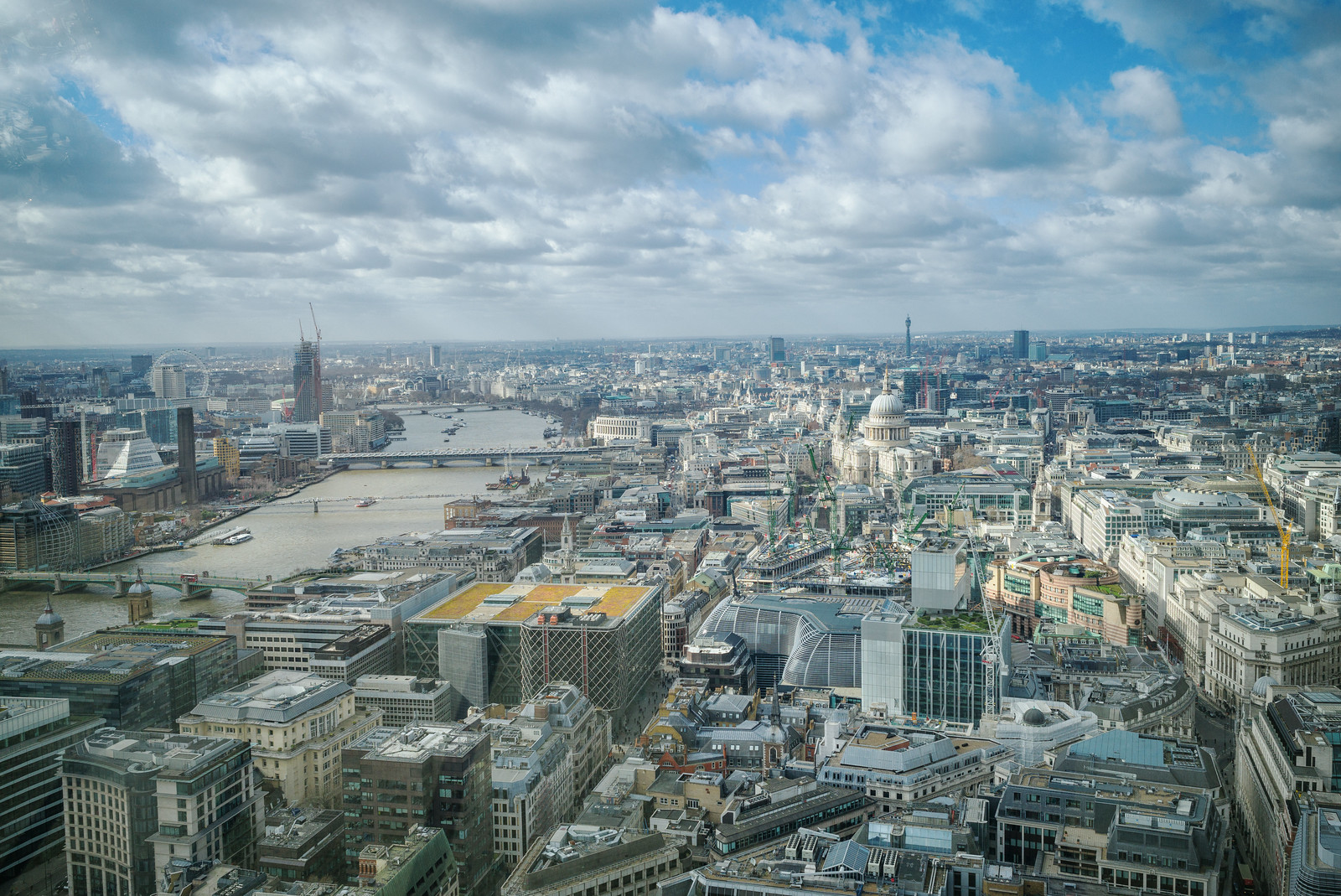 While it was being built it was ever present in the skyline from the windows of my office building in London, much as the shard was previously during its construction. In truth I like the building’s architecture, though perhaps less than the Gherkin, for not being another rectangular office block. 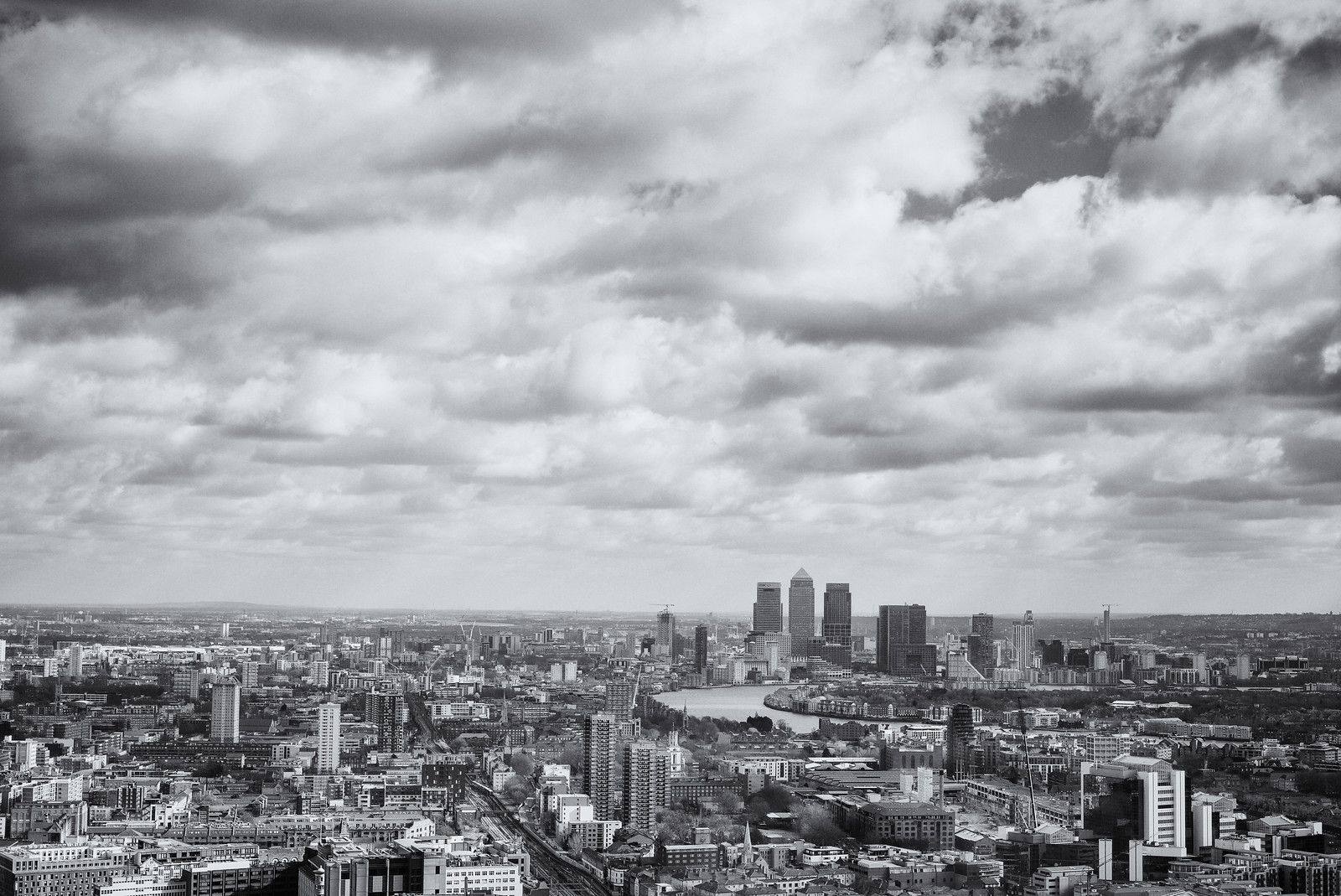 The botanical gardens at the top of the building have been claimed to be London’s highest “public park”, but since opening there have been questions about whether the gardens can truly be described as a ‘park’, and whether they are truly ‘public’. The City of London’s former chief planner Peter Rees, who approved the structure, said: “I think calling it a sky garden is perhaps misleading. If people [are] expecting to visit it as an alternative to Kew, then they will be disappointed.” 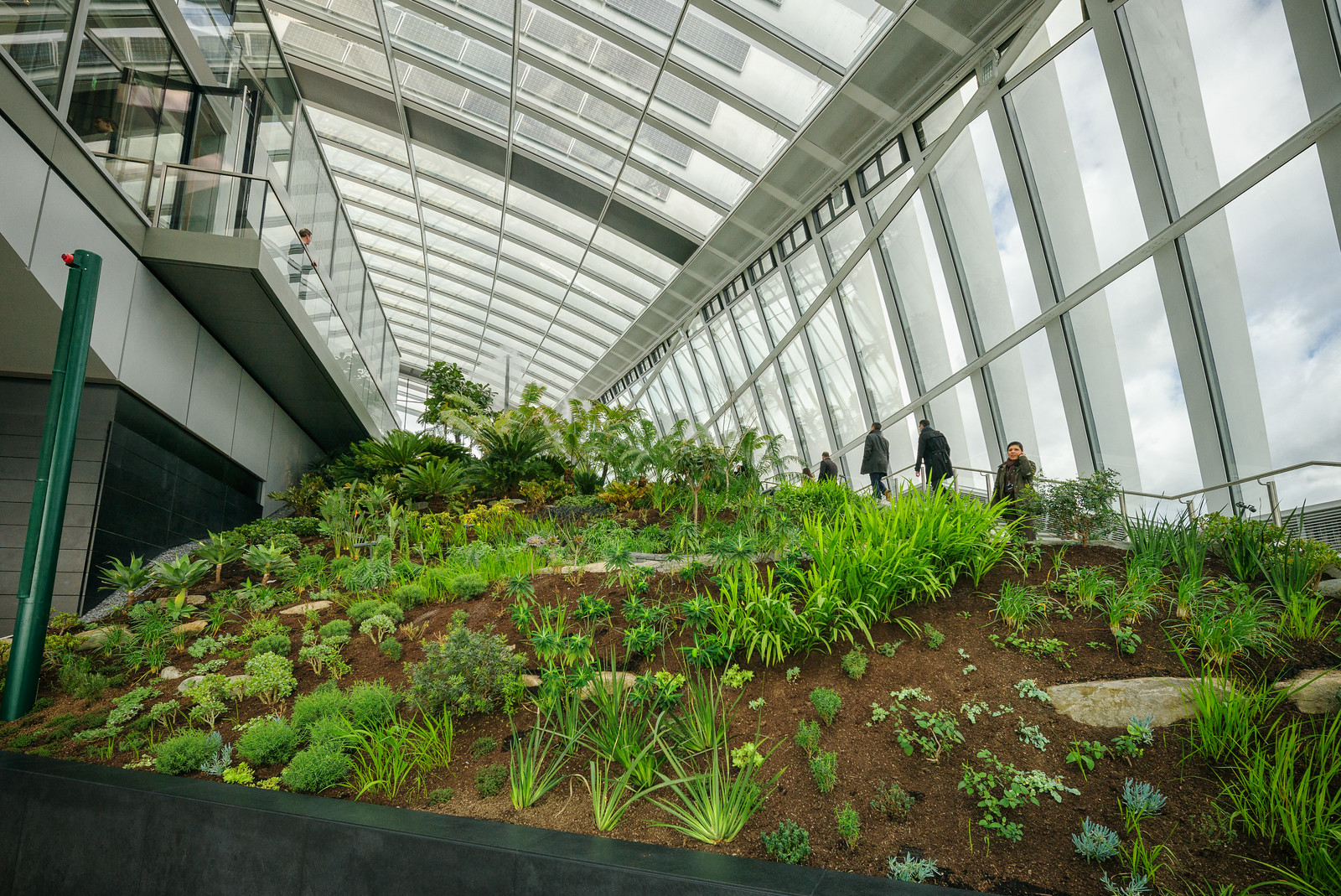 The gardens (or more accurately, open, “public” space) span the top three floors, are accessible by two express lifts, and include a viewing area, terrace, bar and two restaurants. 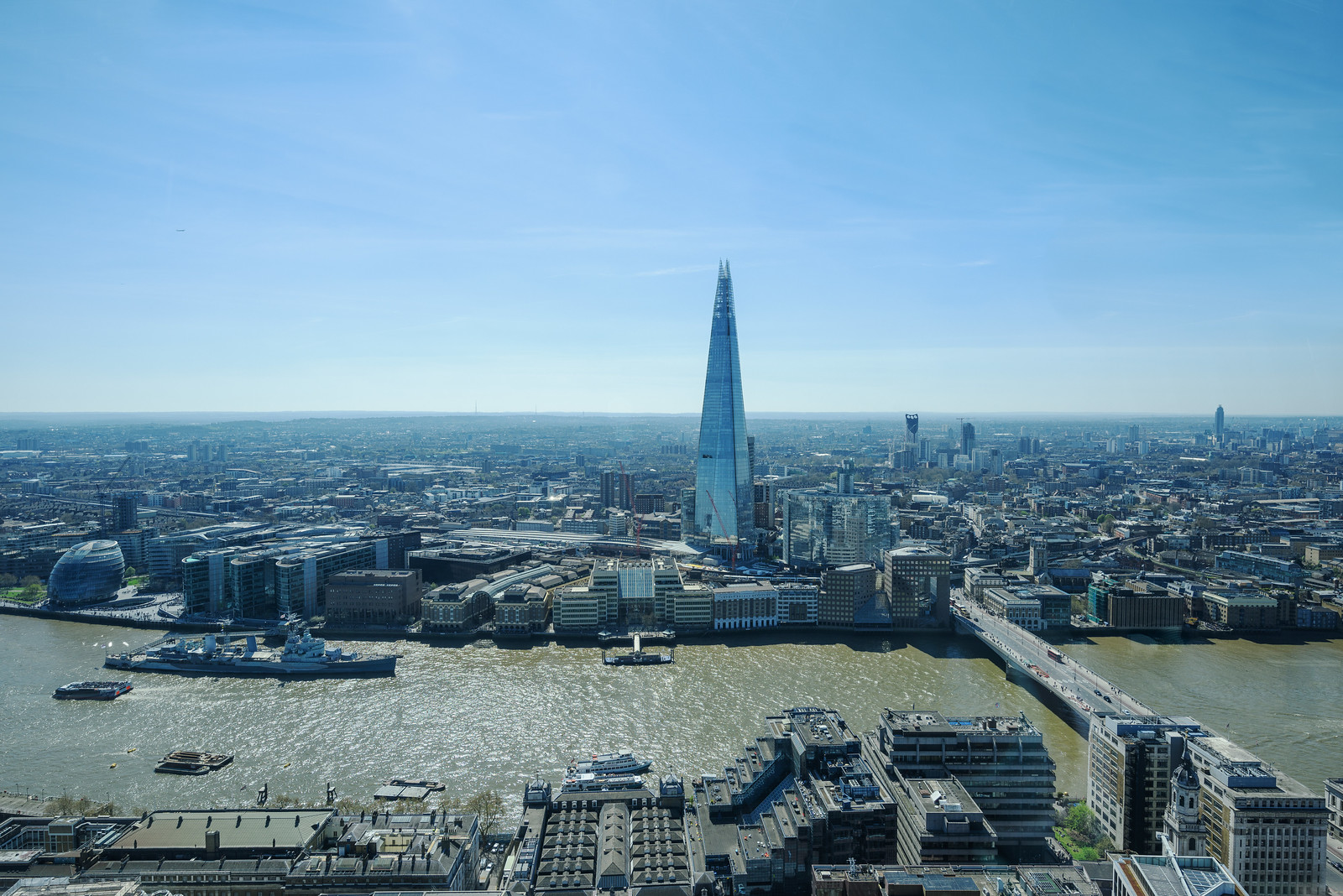 I made two visits to the SkyGarden, the second to confirm my impressions and also to get access to the exterior balcony and the views that affords, particularly of the shard. 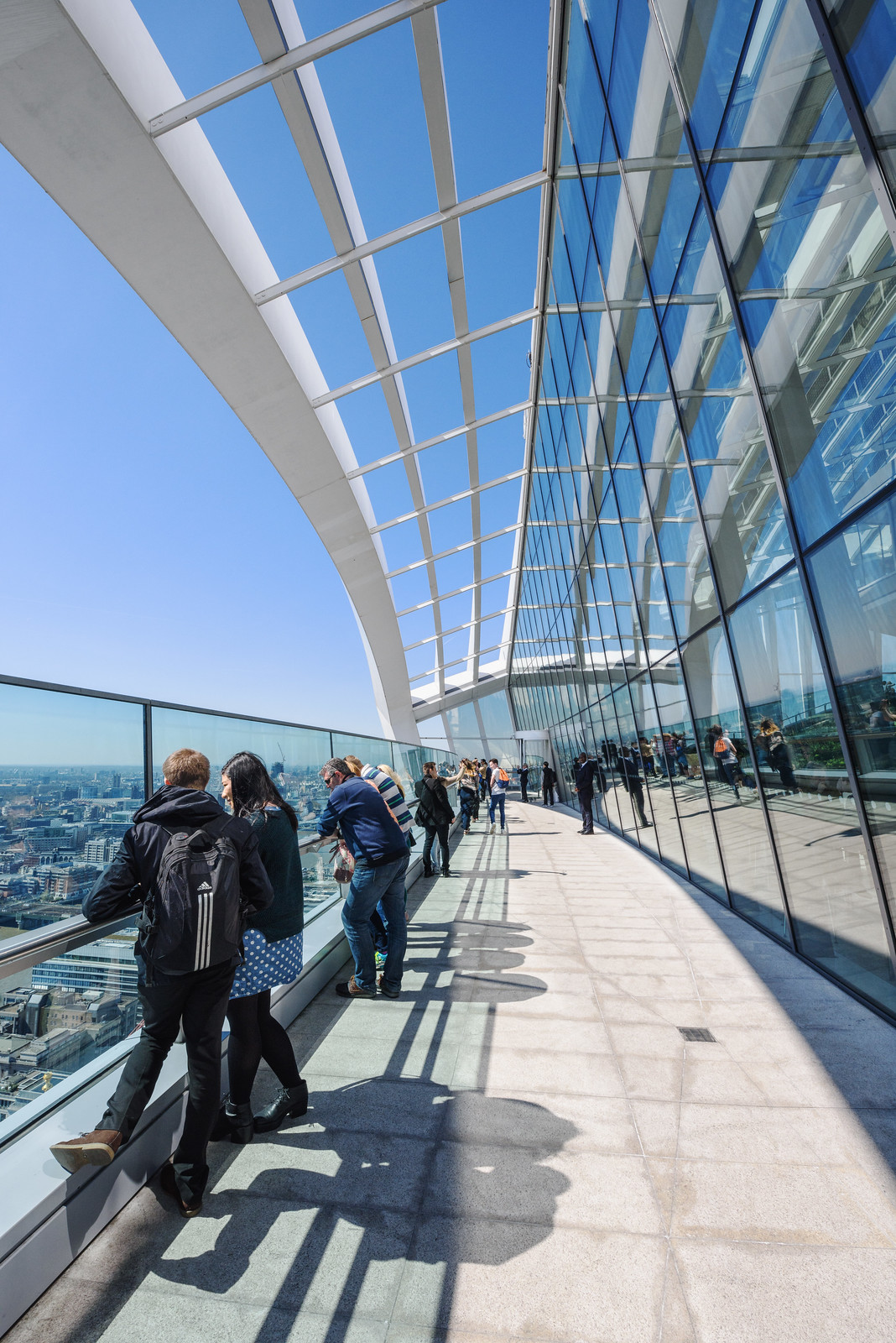 The concept sounds appealing, and the views you see here are potentially spectacular, so where is the fly in the ointment? The big deal is distance, glass and reflections. The second aspect which is also an issue is the failure to really integrate the garden with the beauty of the vistas outside. 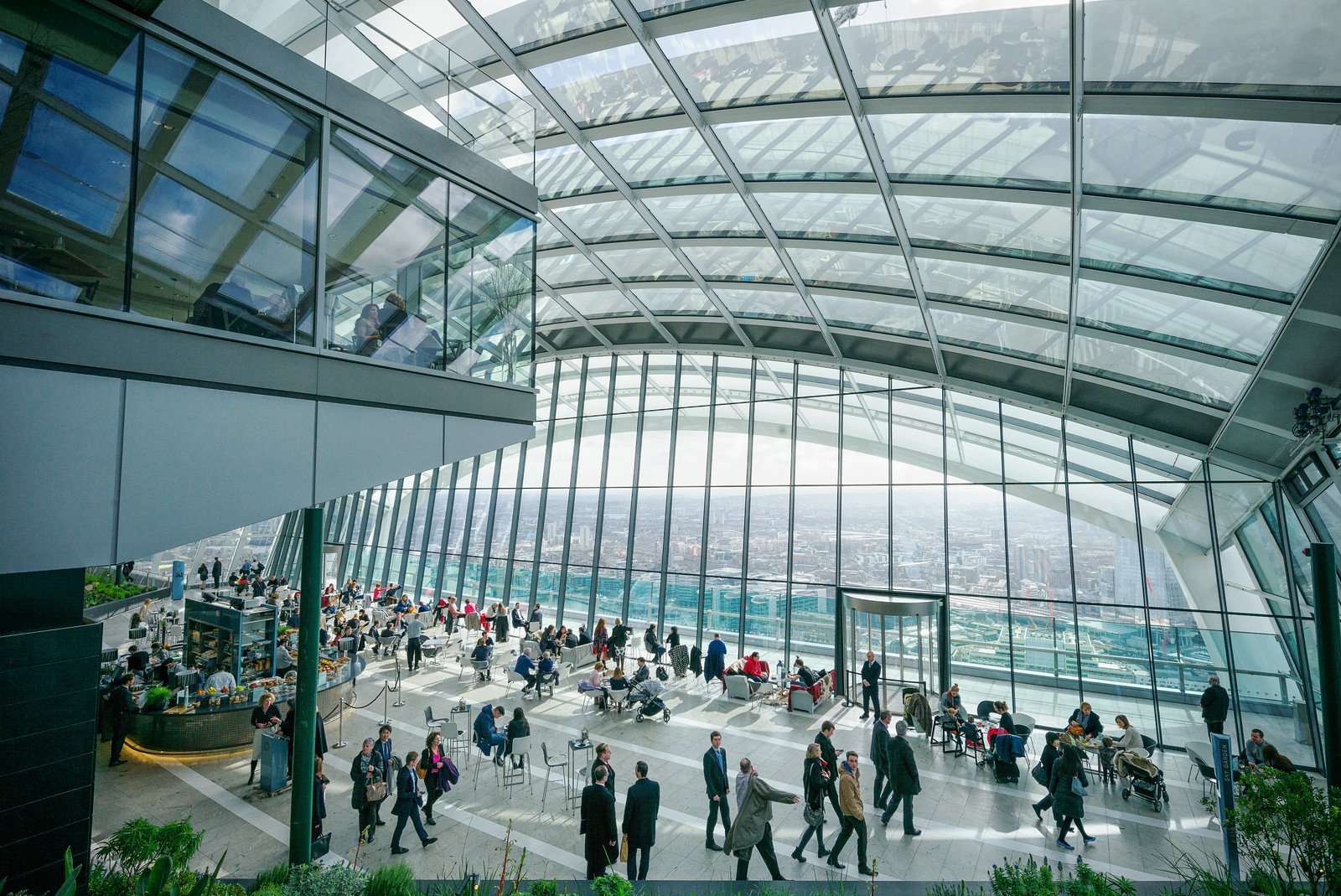 What this translates to is huge railings keeping you about 70cm away from the windows inside, massive double glazed windows panels, odd reflections from the lattice work of the structure, a somewhat incongruous garden that looks nothing like the original promise of rows of trees (it’s more shrubs and ground cover being sprayed constantly) and a glass wall with revolving doors which curiously adds to the distance you feel from the views. 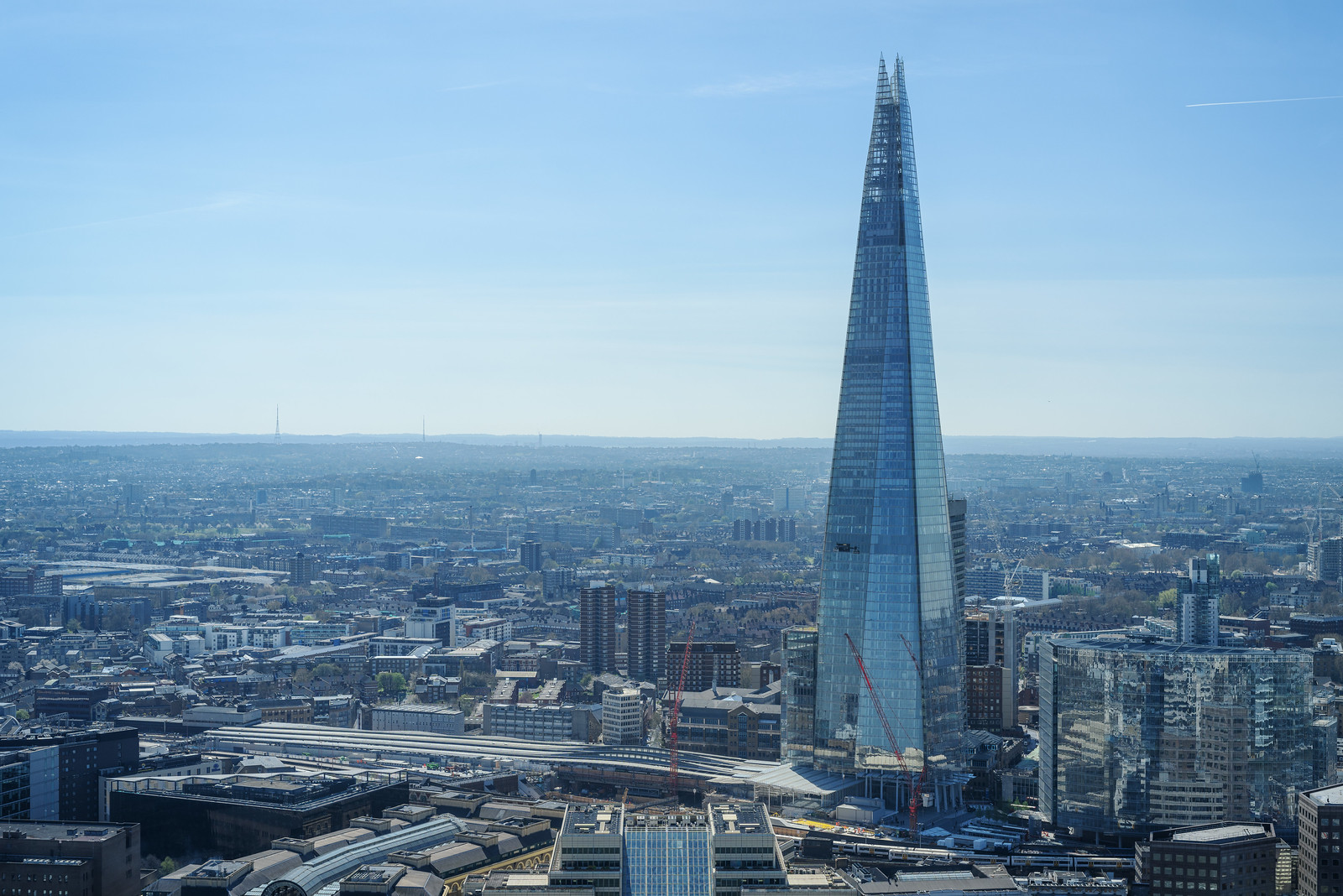 Once onto the balcony, you realise to your horror, that like the Shard, the Skygarden has glass installed all the way along the exterior viewing platform. The designers clearly aren’t photographers nor do they care if people’s pictures or views are spoilt by their odd choice of materials. How hard would it have been to leave some portals, hatches or windows in the structure. Bizarre! In any event, if taking pictures, don’t leave home without a polariser or a black cloth to block reflections. 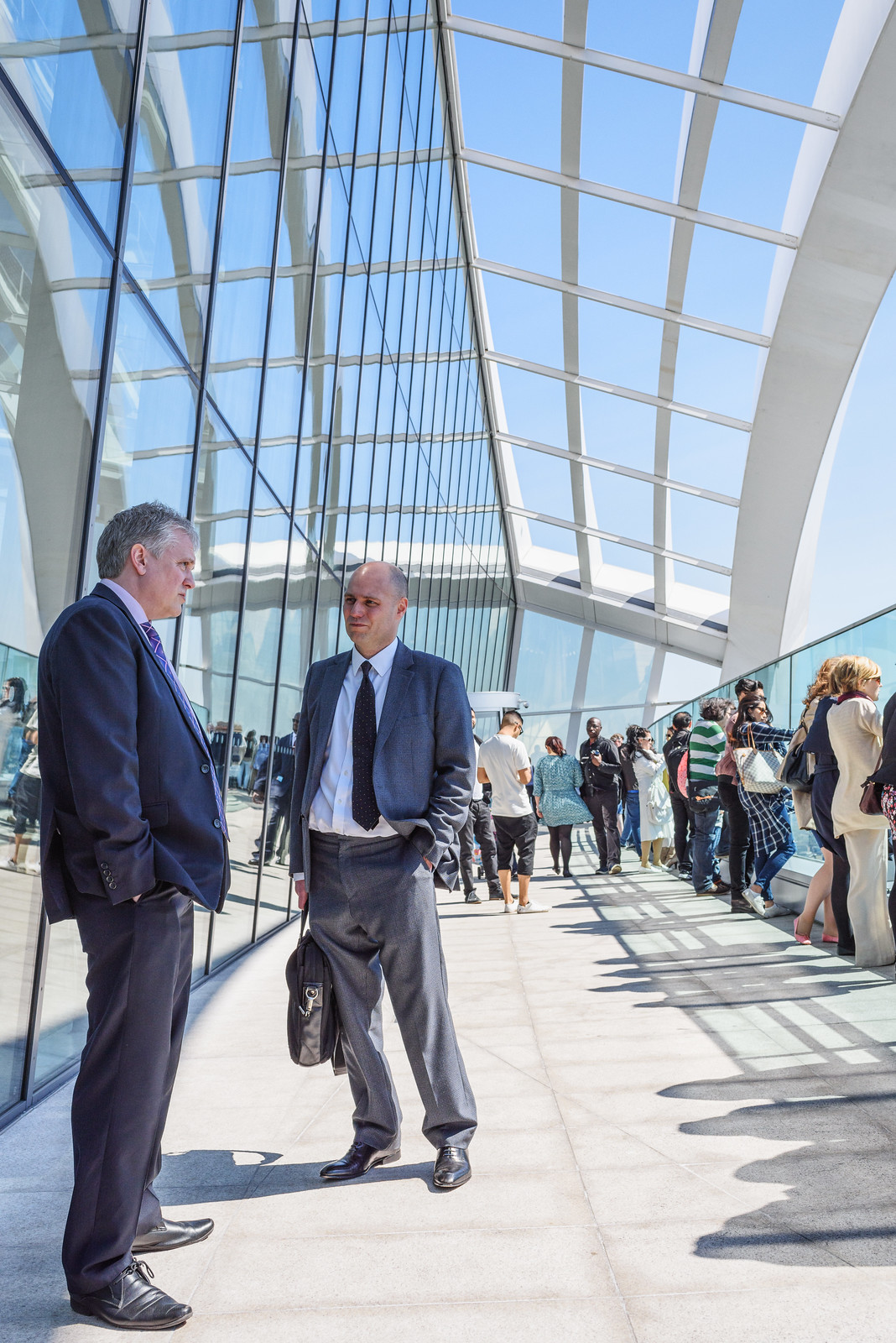 The overall impression is similar to a modern airport terminal, where you can watch airliners turning on the Tarmac in the distance, but they seem unreal thanks to the heavy glass and its coatings. The garden is a bit of a damp squib and the area behind the restaurant seems dead and empty. In fairness though, the restaurant proprietors have done their best with a bad situation and there is some character (and lovely light) in the indoor areas. However, if you are expecting the best views in the city or inspiring internal architecture, I can’t advise you to visit. 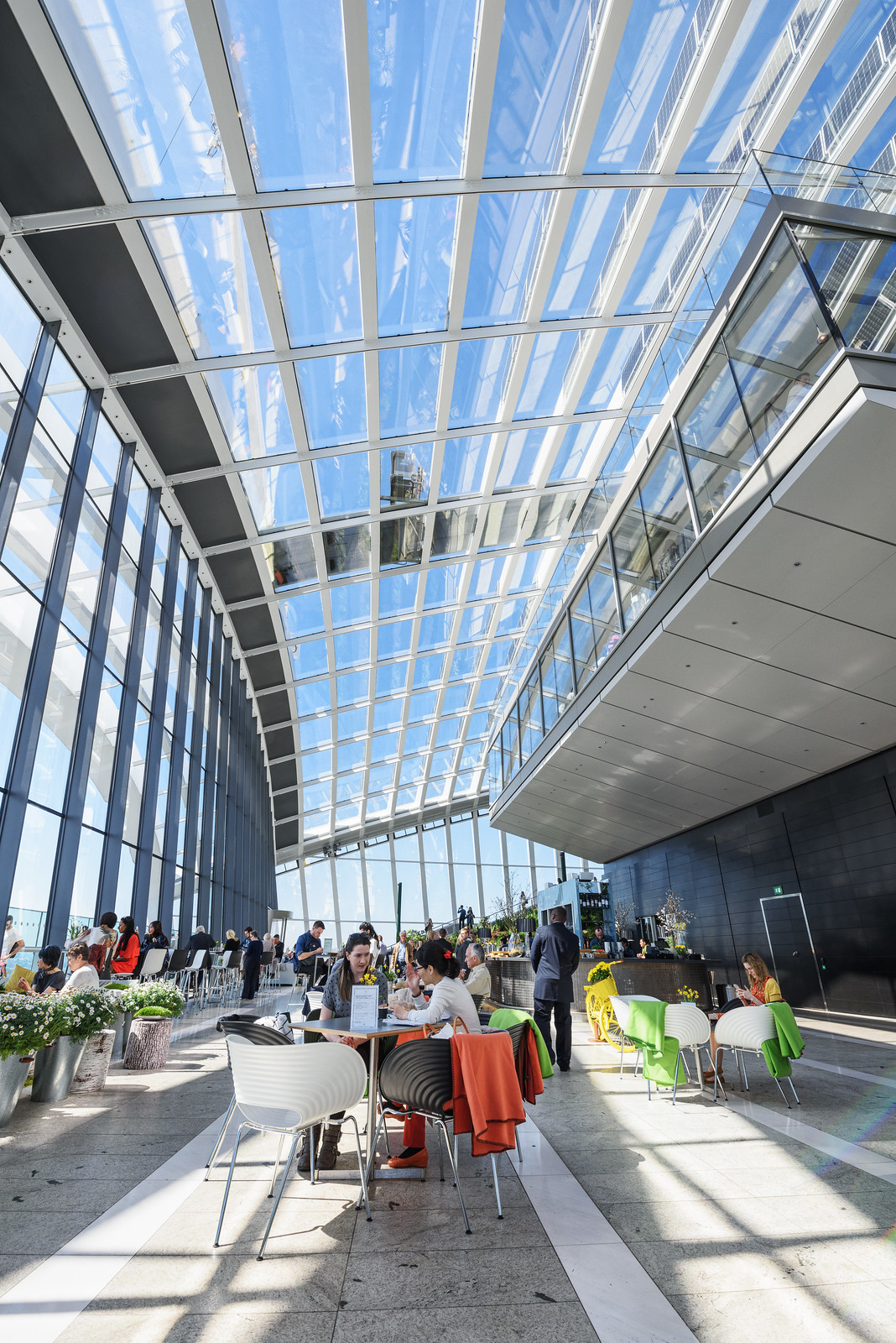 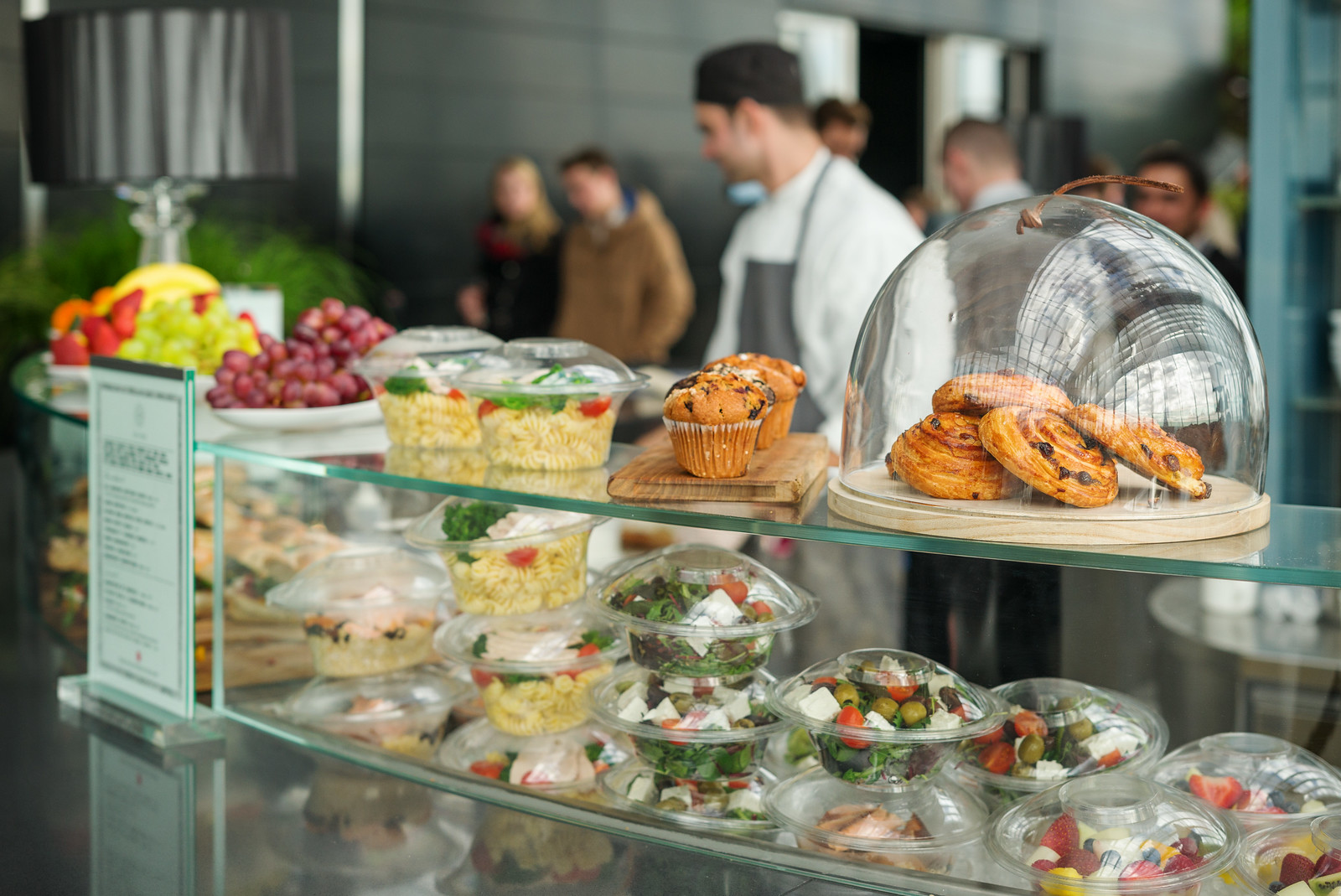 By all means go for the views. The shard is expensive, as is the London Eye. The visit to the SkyGarden is free and free goes a long way with me (I have always been a cheapskate). However, I can’t say this is a must visit destination. That seems a pity as the sales pitch suggested so much more. 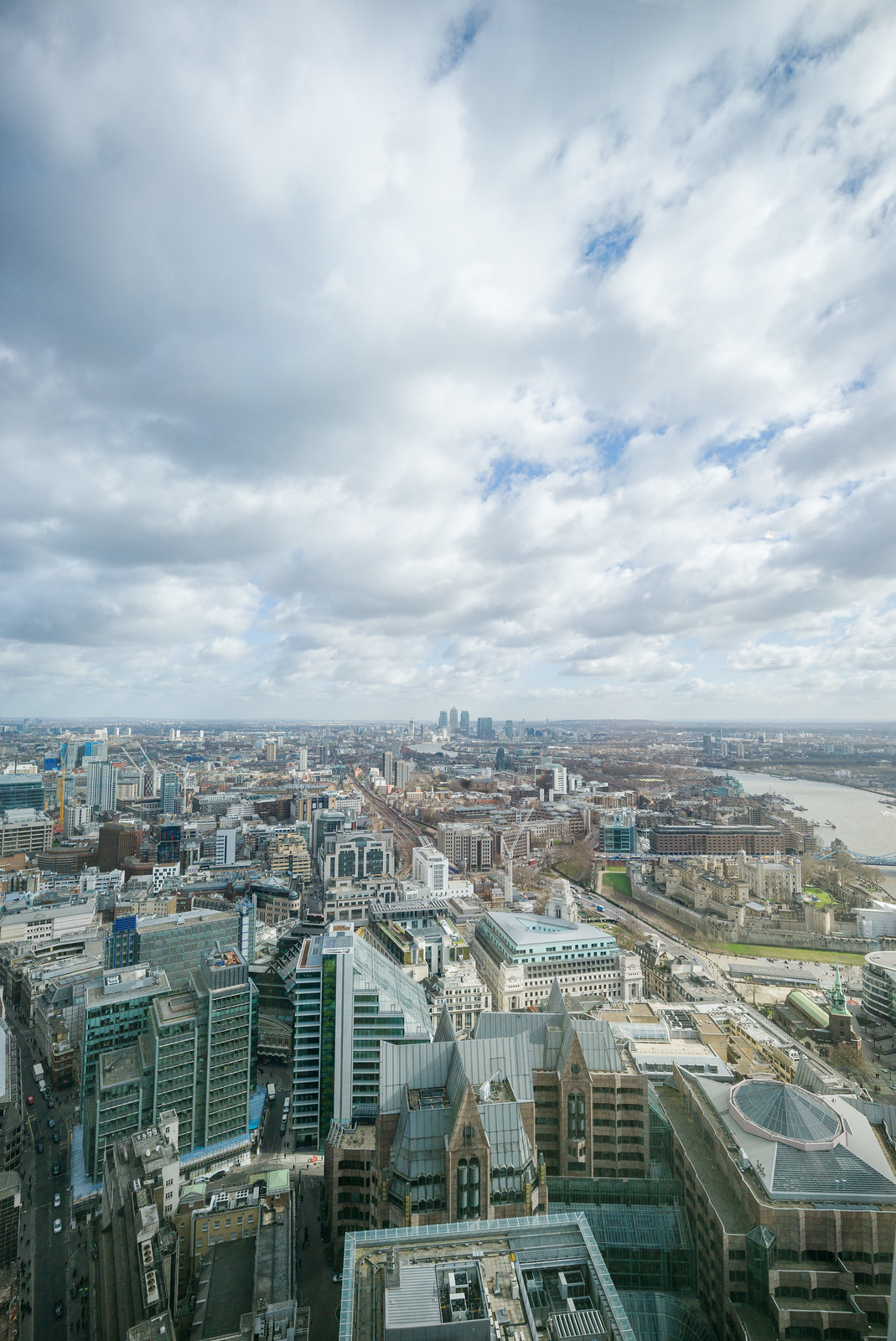 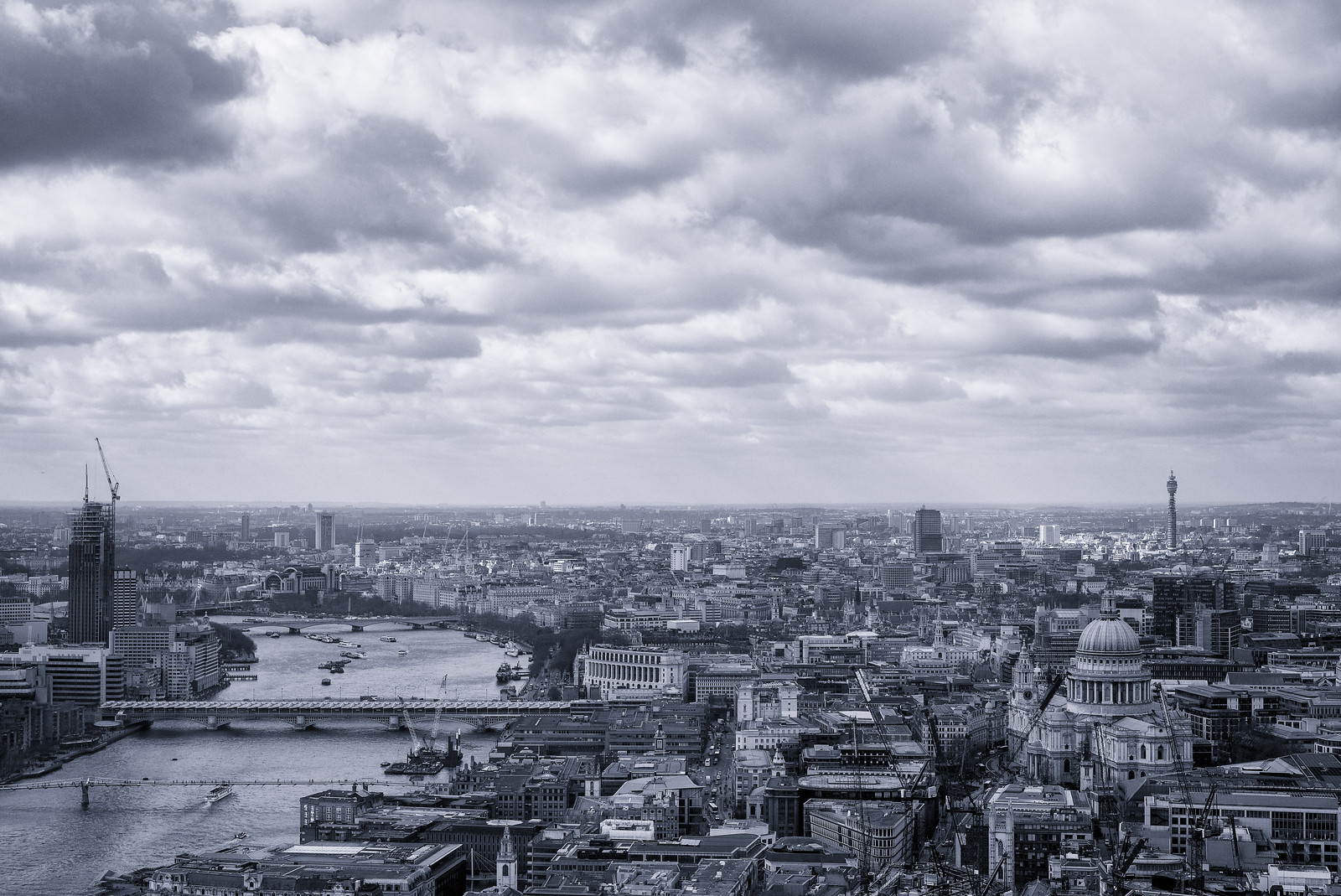