I was mystified to discover 2014 is the year of the (London) bus. I wasn’t actually sure why this was the “Year of the Bus”, but a host of TFL and bus company websites informed me that 2014 has been chosen as “Year of the Bus” because there are several important bus anniversaries this year:
• 60 years since the first appearance of the iconic Route Master.
• 75 years since the launch of the RT-type bus.
• 100 years since the world’s first mass produced motor bus, the B-type, were converted into ‘Battle Buses’ to carry soldiers to the frontline during the First World War. 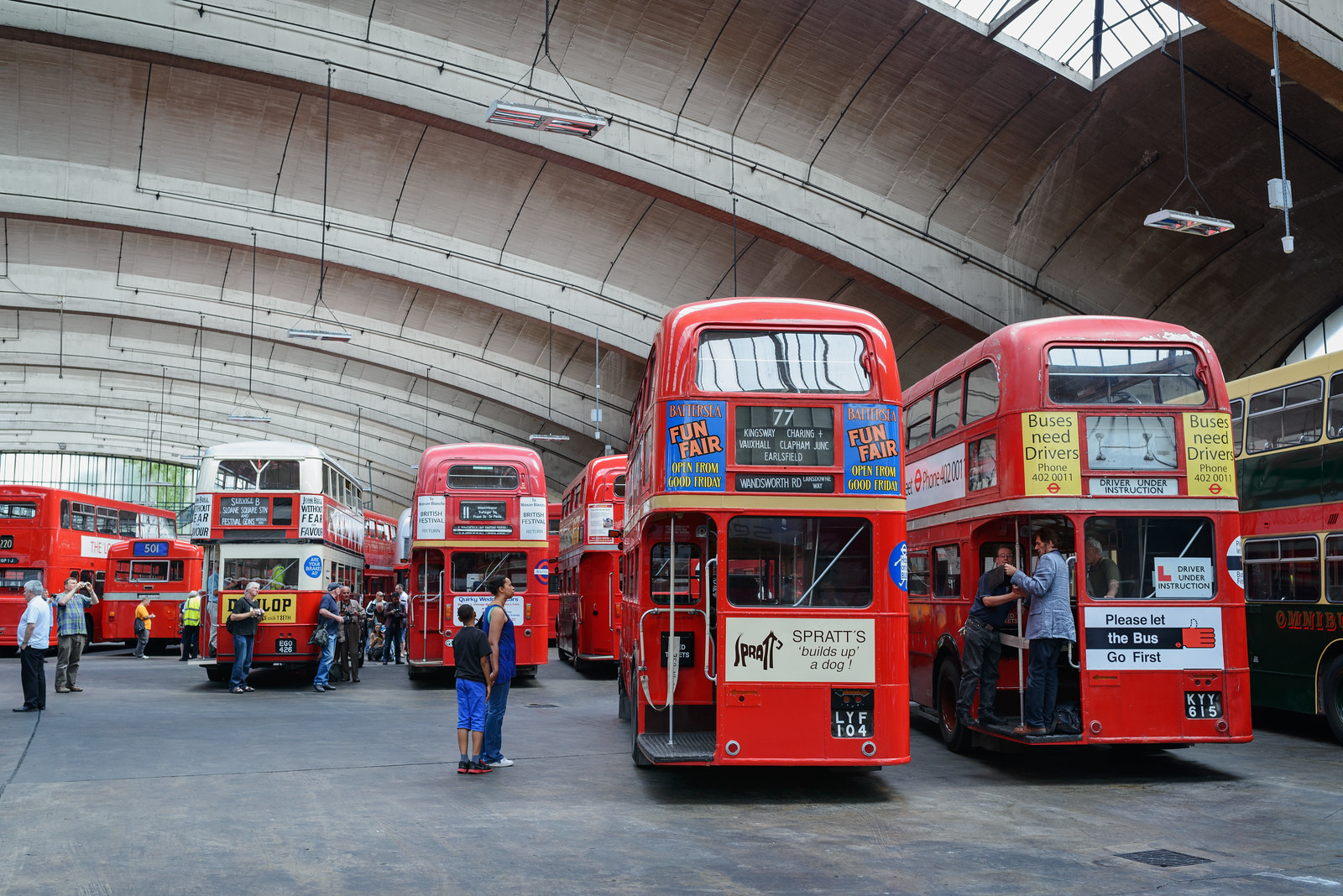 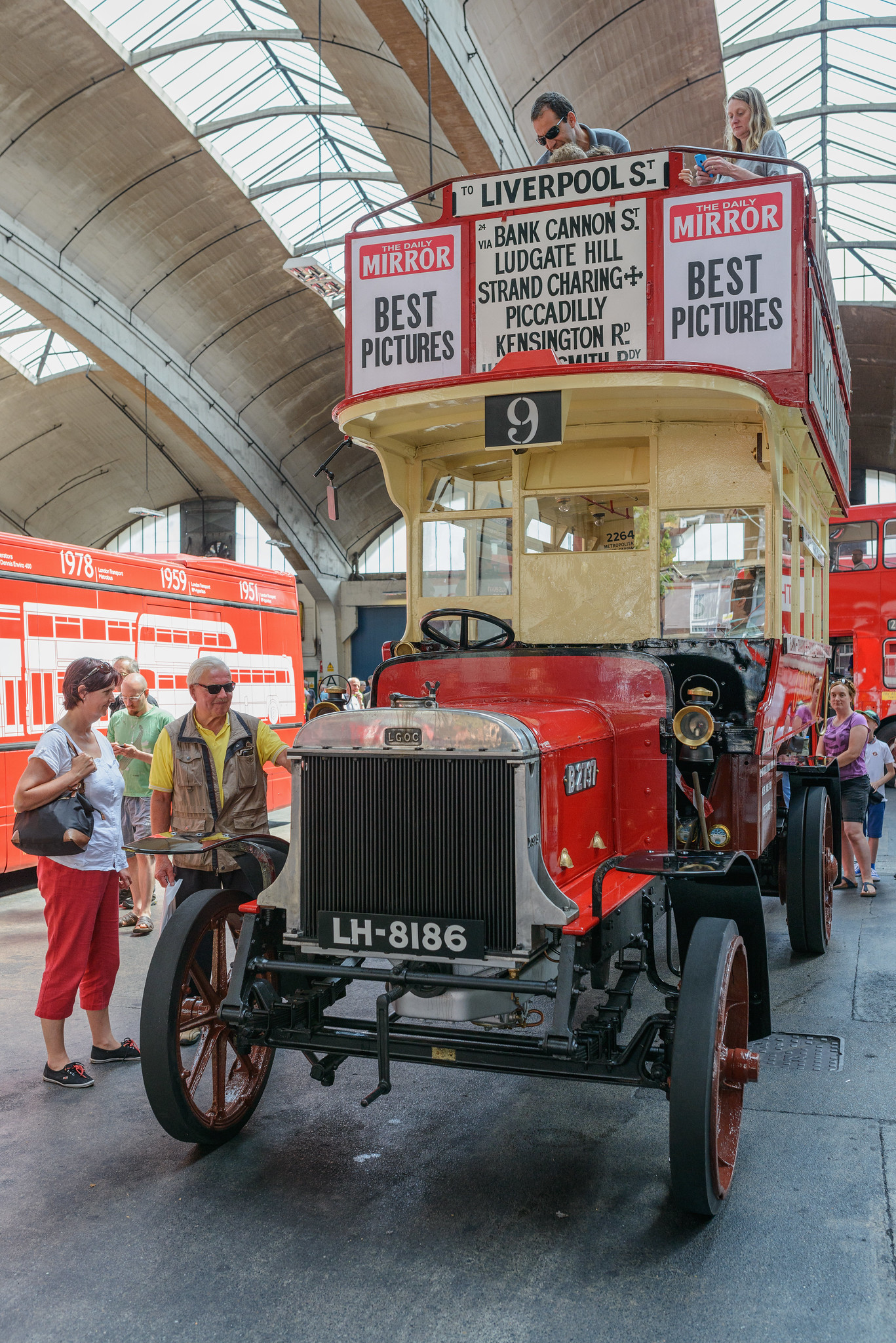 What this translates to in practice is a number of bus themed events that have been running through the summer. 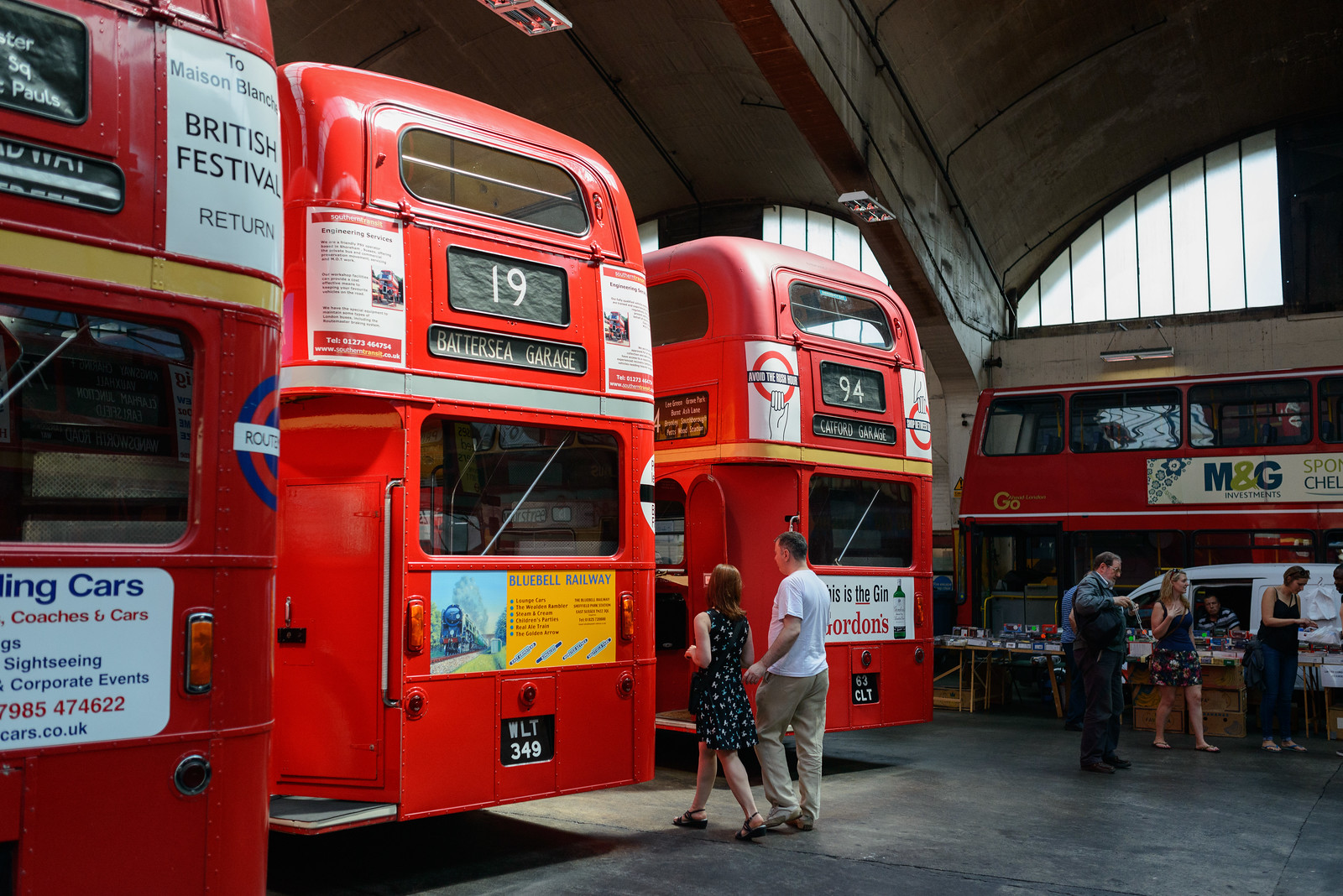 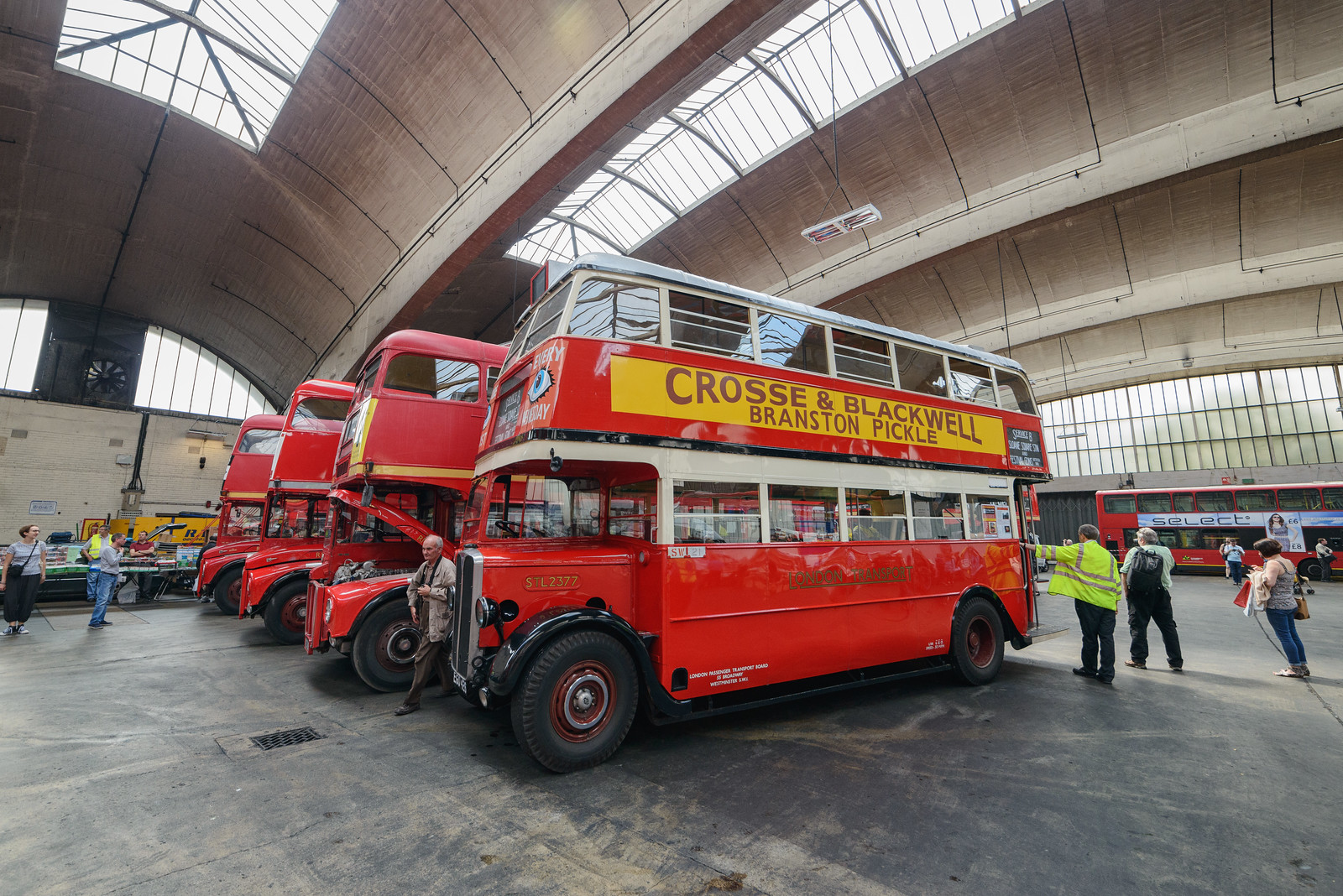 We took our son to a number of them, starting with the open day at the Stockwell Bus Garage. I wasn’t sure whether to be more excited about the buses (including an example of a B-Type bus) or the building itself, which is a stunning post war piece of concrete construction (and it’s Grade II listed by English Heritage). 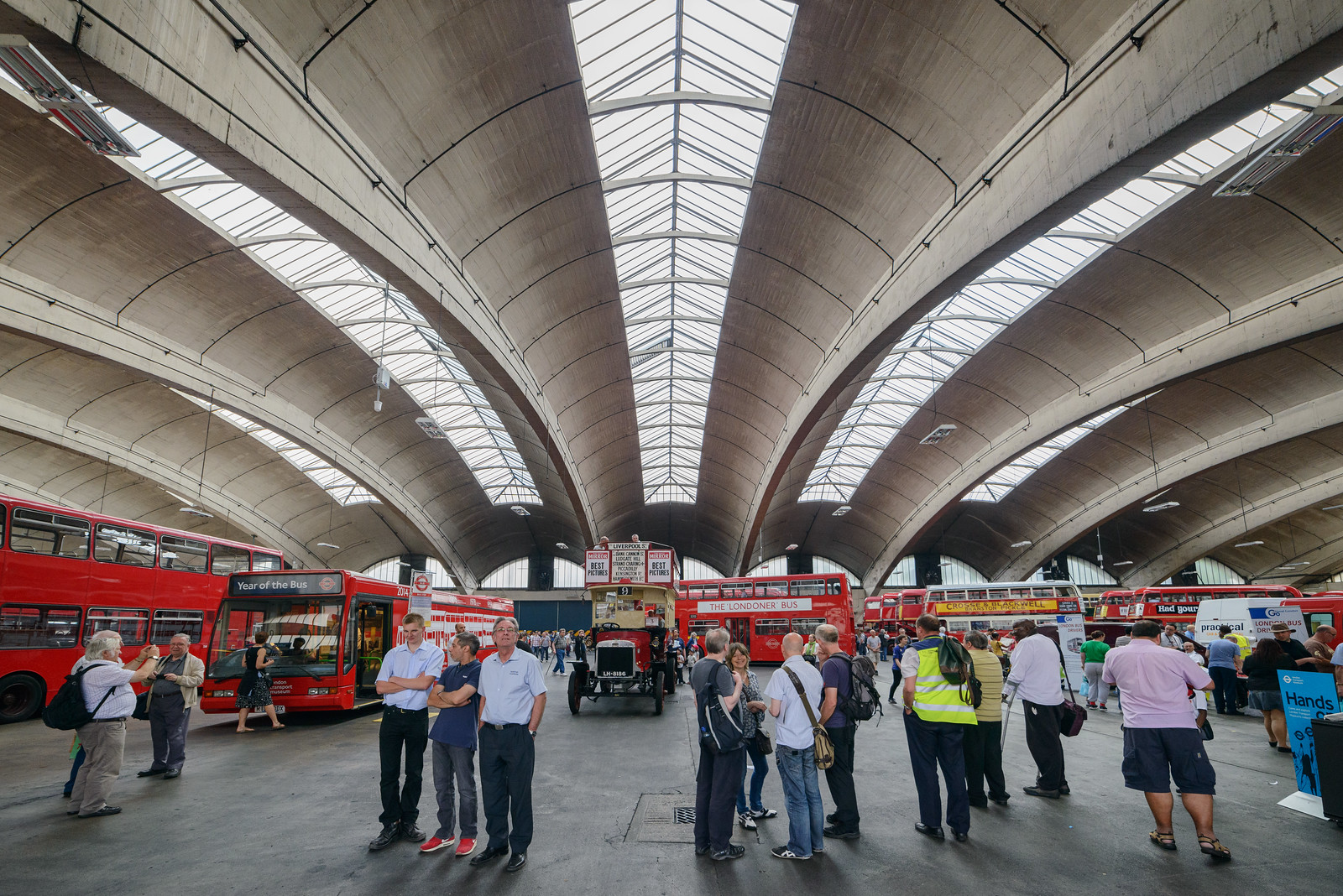 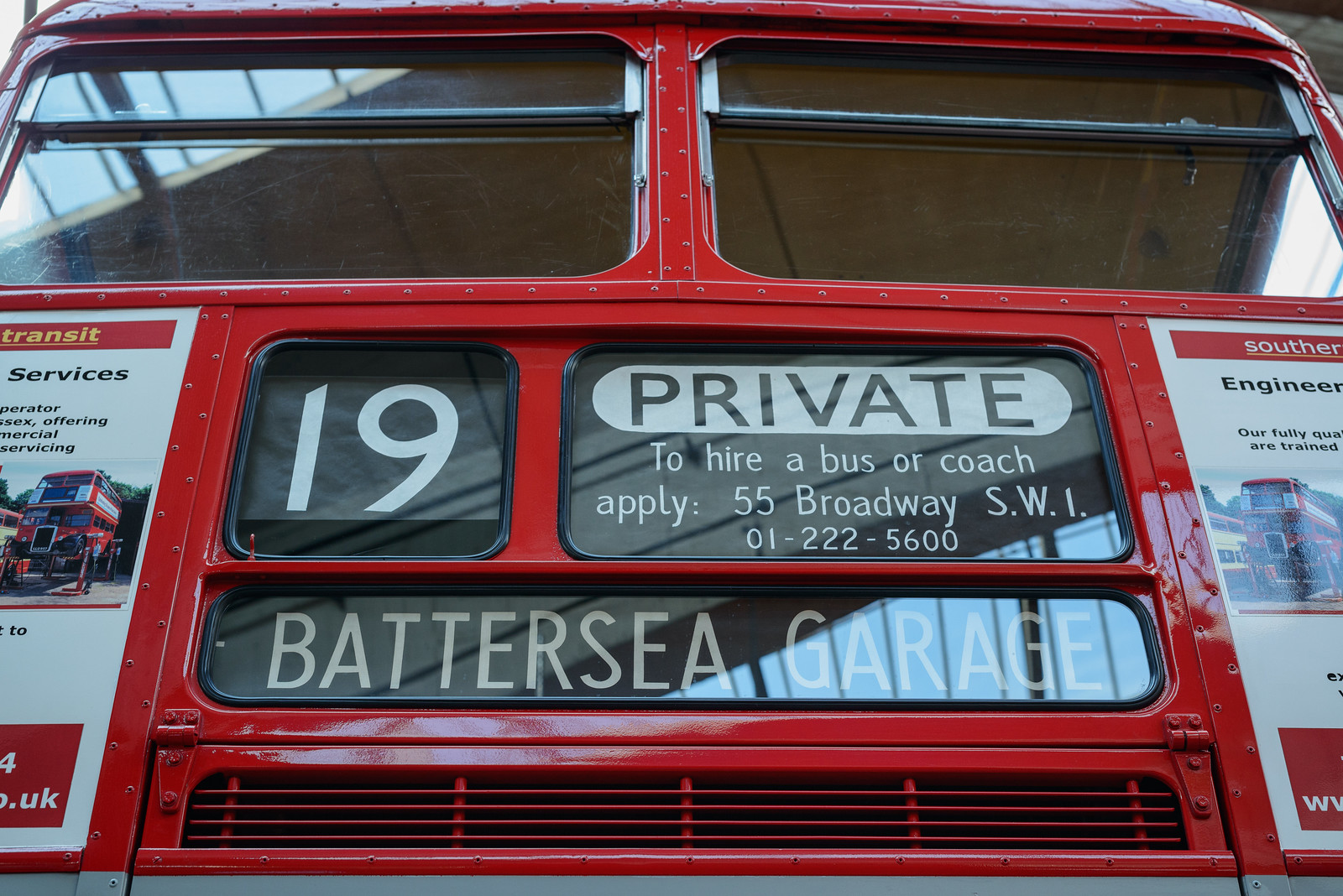 It was opened in 1952. There was a steel shortage at the time it was built, so concrete was used for the roof structure instead of the steel girder structure that had previously been the norm. The garage provides 73,350 sq ft (6,814 m2) of unobstructed parking space and could originally house 200 buses. At the time of construction it was Europe’s largest unsupported roof span. 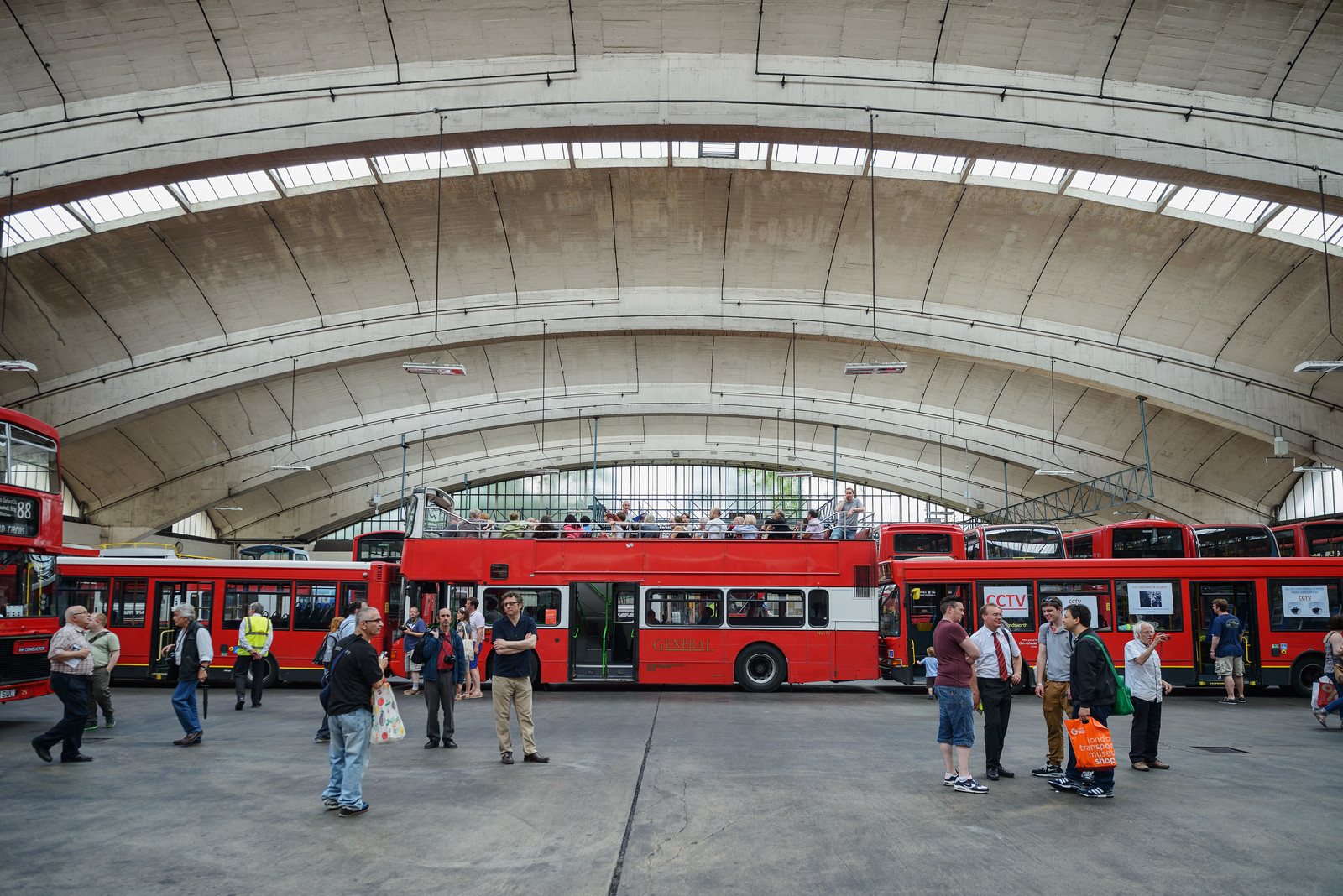 The 120 m long roof structure is supported by ten very shallow “two-hinged” arched ribs. Each is 2.1 m deep at the centre of the arch, 3.20 m at the end, and spans 59 m. Cantilevered barrel vaults between, topped by large skylights, span the 13 m between each pair of ribs. It may not look special outside, but it’s stunning to view inside. The vaults are crossed by smaller ribs to prevent torsion. 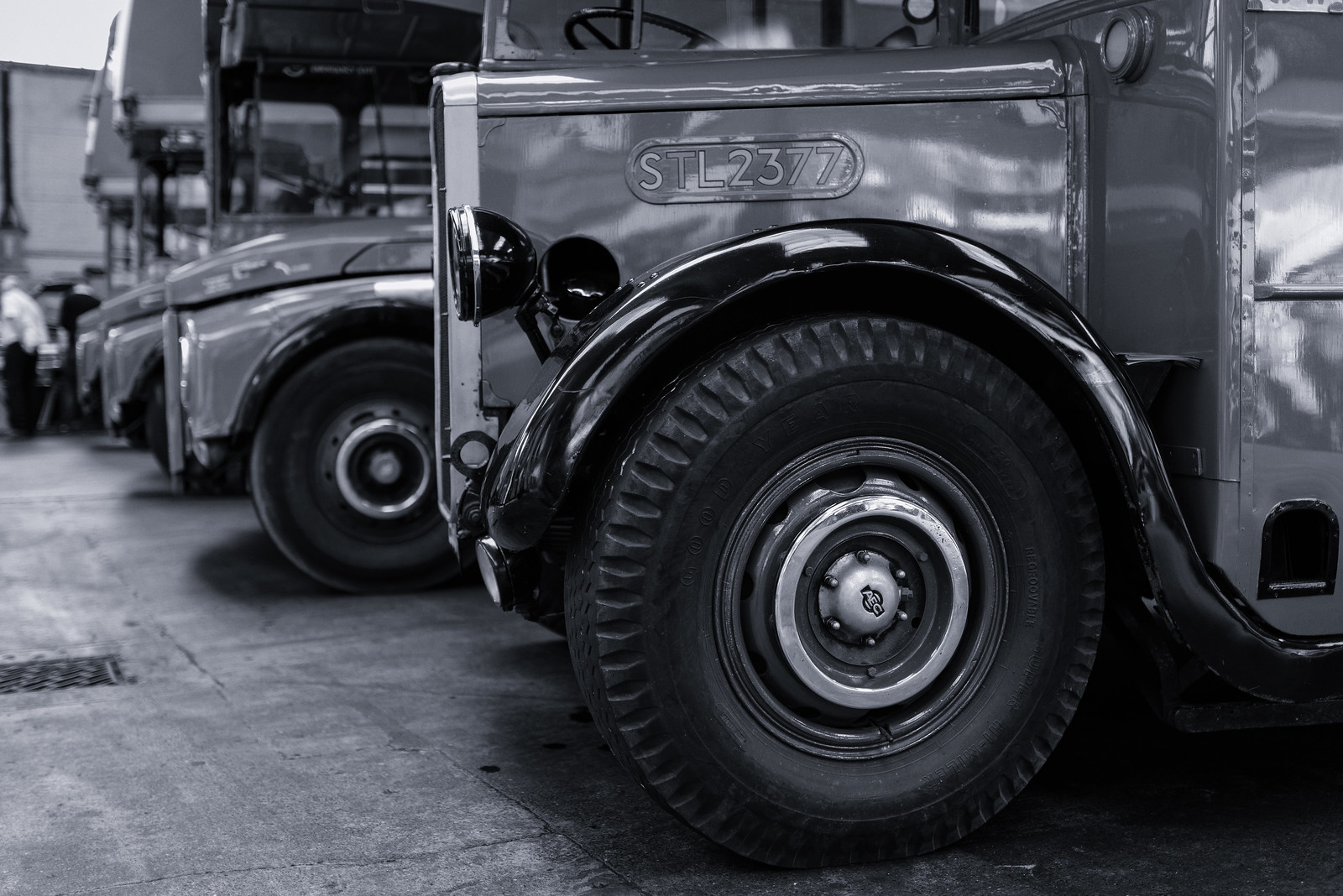 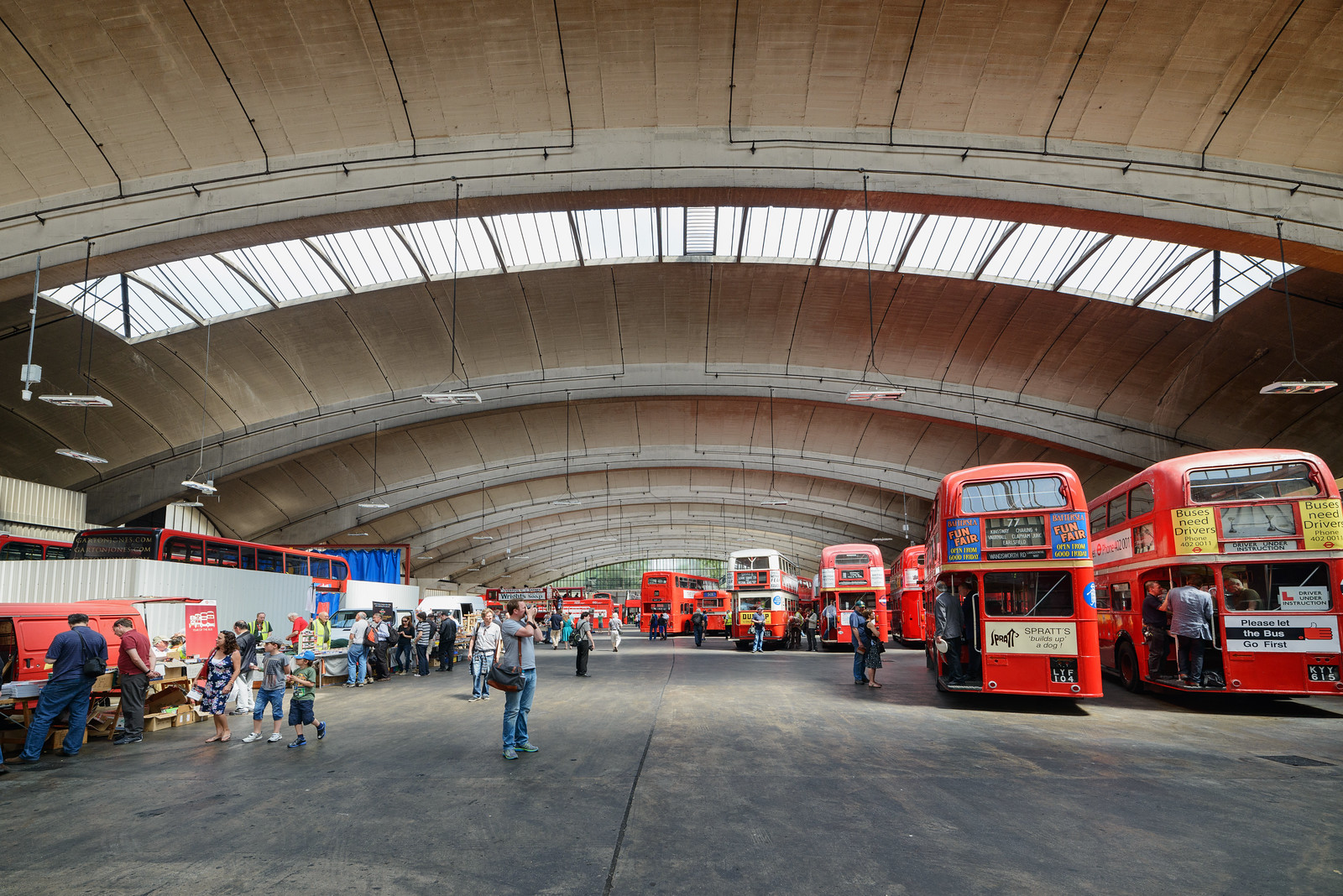 Aside from an amazing piece of architecture, the open day was pretty impressive for our 3 year old bus obsessed son (and his geeky parents 😉 ) with tons of real vintage buses to get on board, climb and then get too scared to come down the stairs (“daddy/mummy carry”). Never mind… I also managed to jump into what appeared to be some press photography of a lady in period dress as a driver of a type B bus. 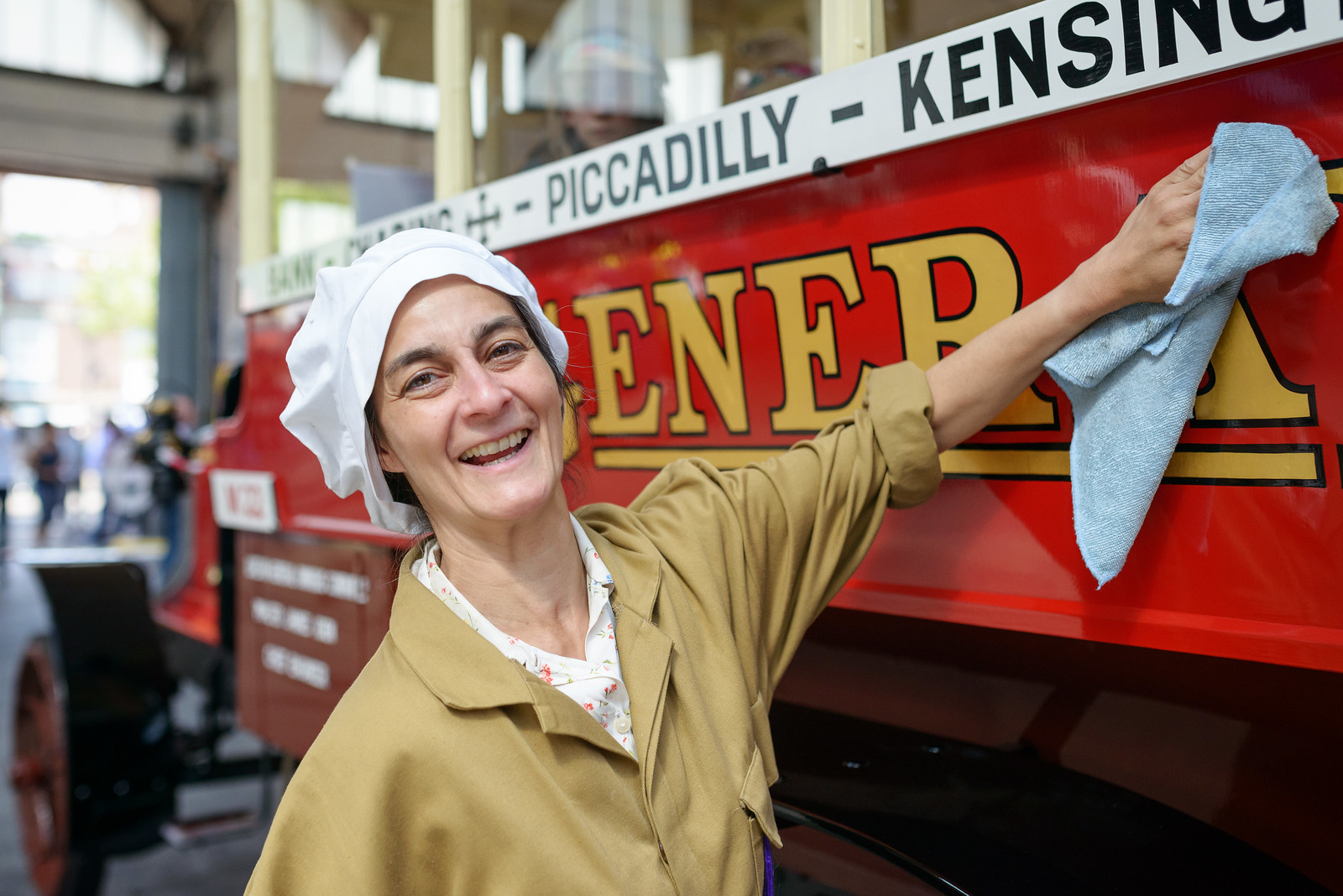 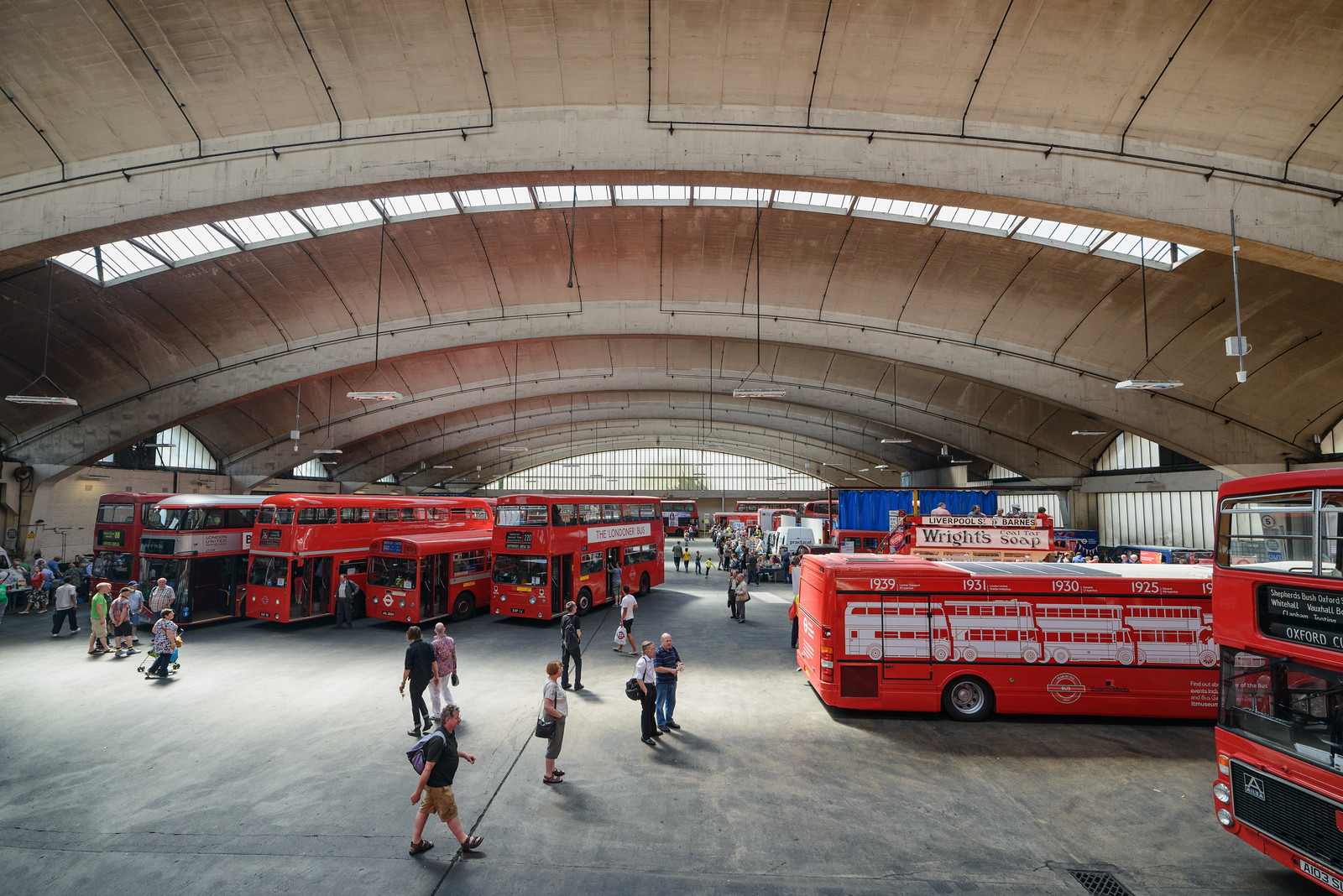 There was also a bouncy bus and multiple chances to sit in the driver’s seat of the buses in question. Brilliant. Unfortunately you needed to leave the bus garage and walk around the corner to get to the toilet. Not so brilliant, at least for those of us with small children in tow… 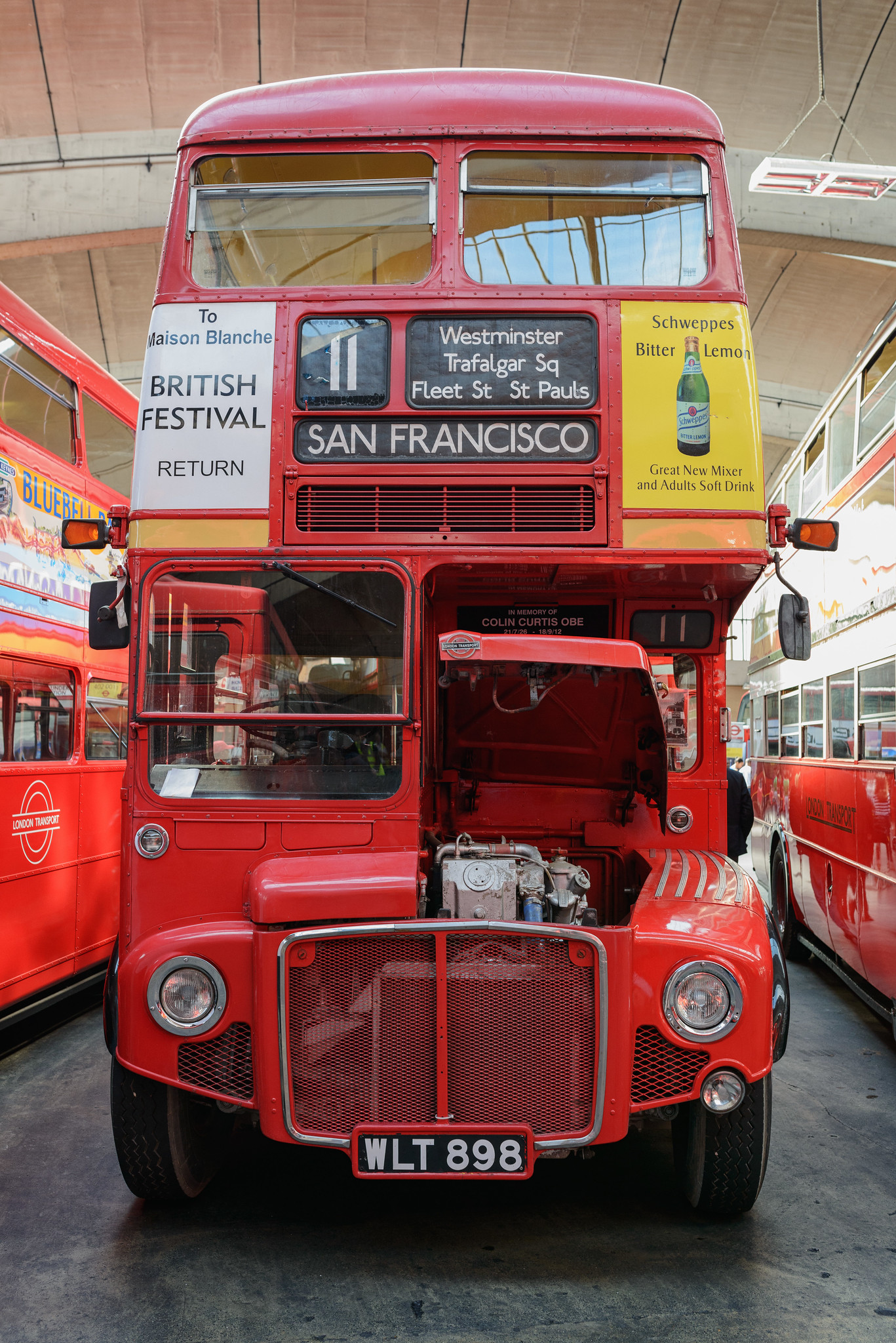 The next day we took our son to the Bus cavalcade along Regent Street in central London. 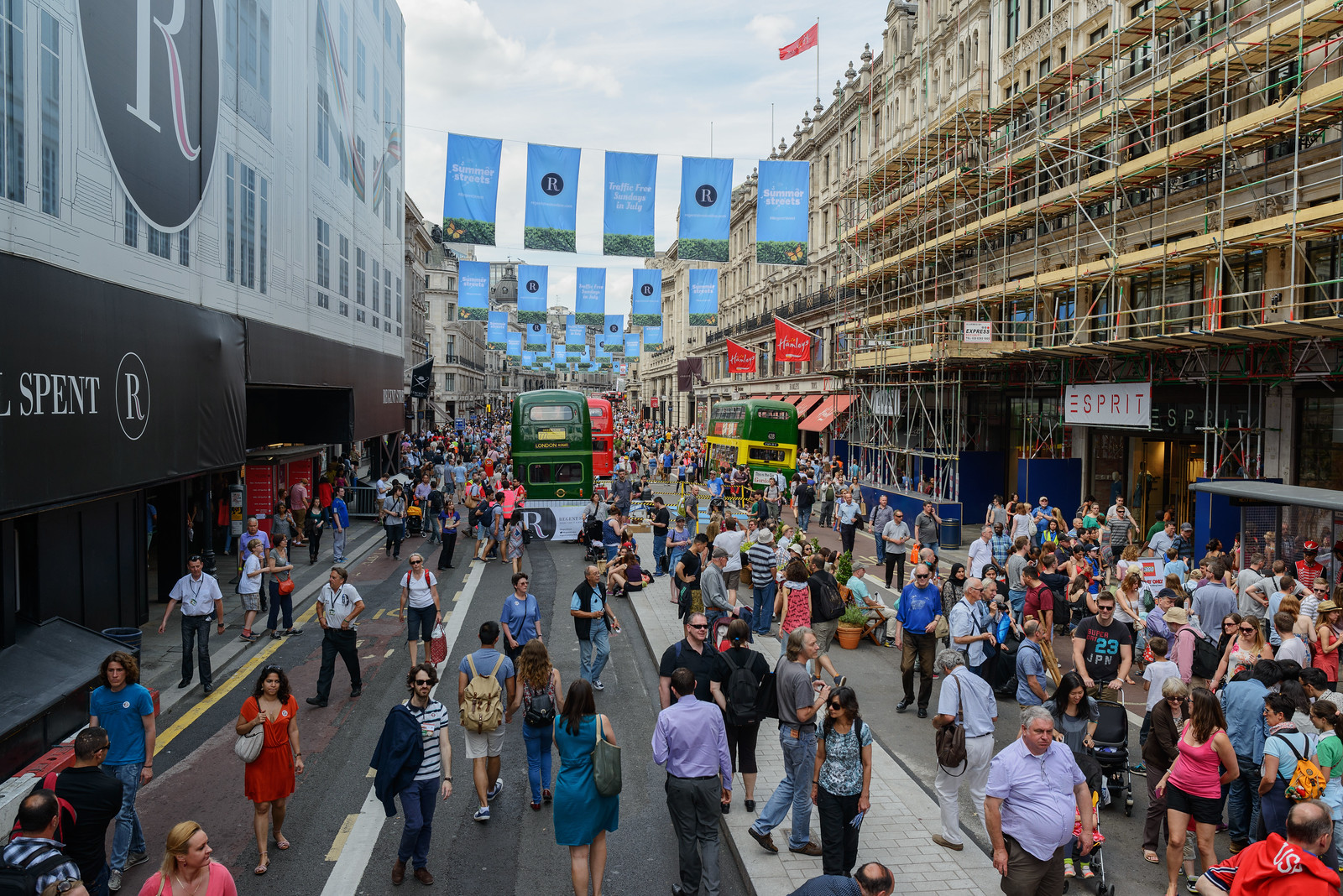 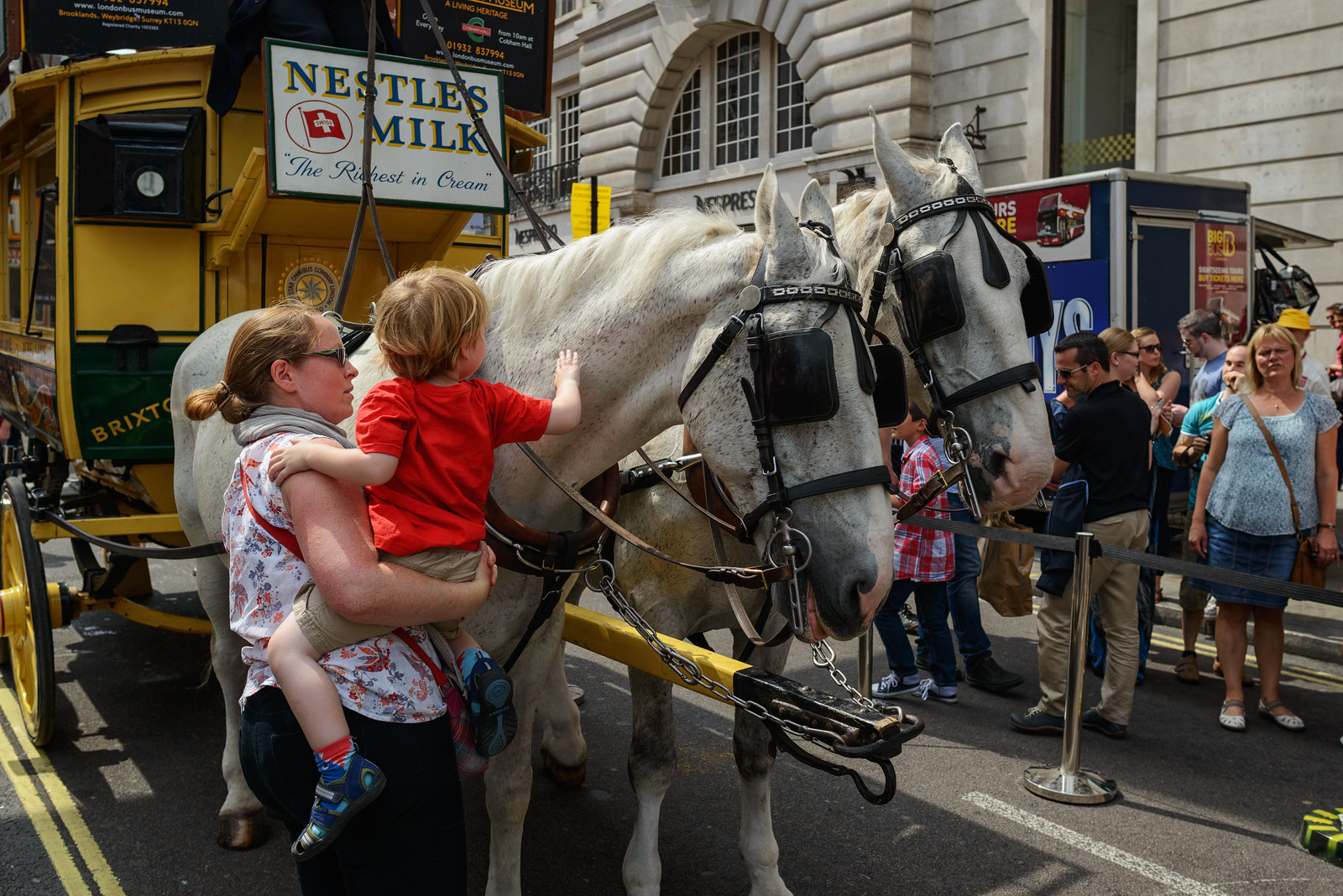 Normally you would need a cattle prod or a firearm to get me to go near the westend of London on a weekend but the chance to see 48 or so buses from the past 185 years in chronological order, from the earliest horse-drawn buses of the 1820s at the Piccadilly Circus end of the road, up to the most modern hydrogen, electricity and hybrid technology buses at Oxford Circus was too good to miss. There was also a bus shelter made entirely out of Lego outside Hamleys and real horses to harass (attached to some of the horse drawn buses). 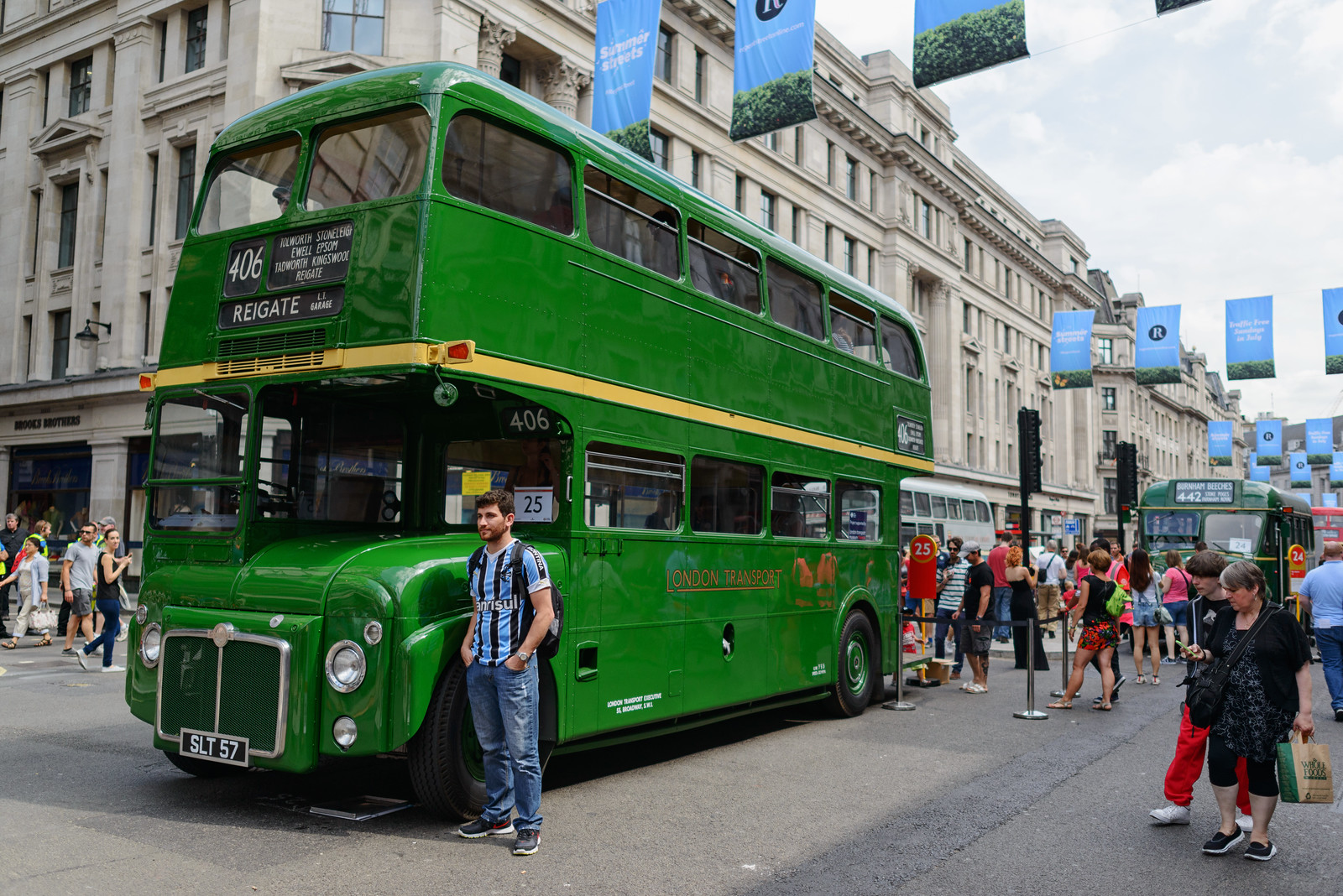 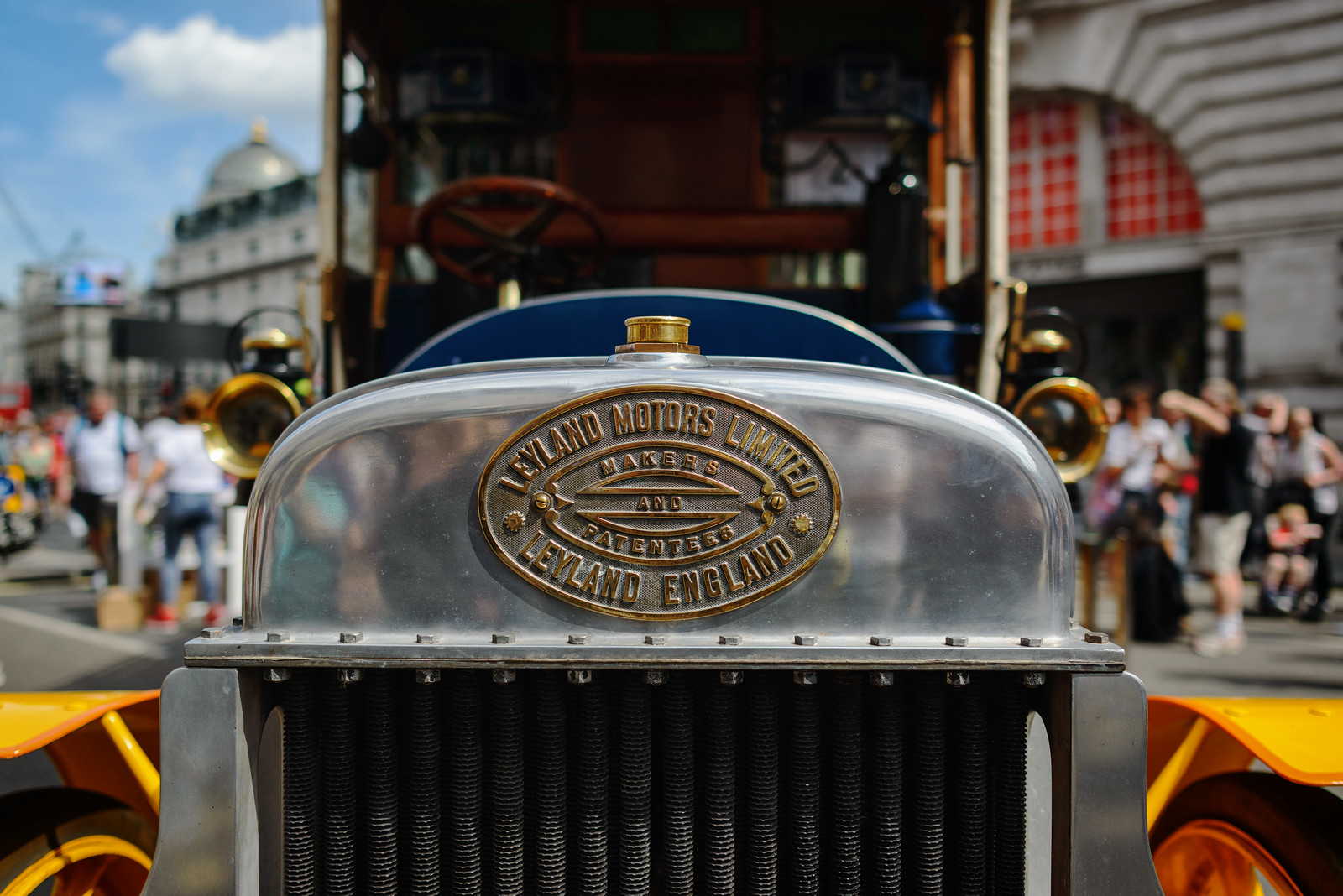 We did manage an interlude for lunch where our son took over the toilet of the “Leon” in Carnaby street. I can only apologise to anyone else dining there between 1-2pm that day… 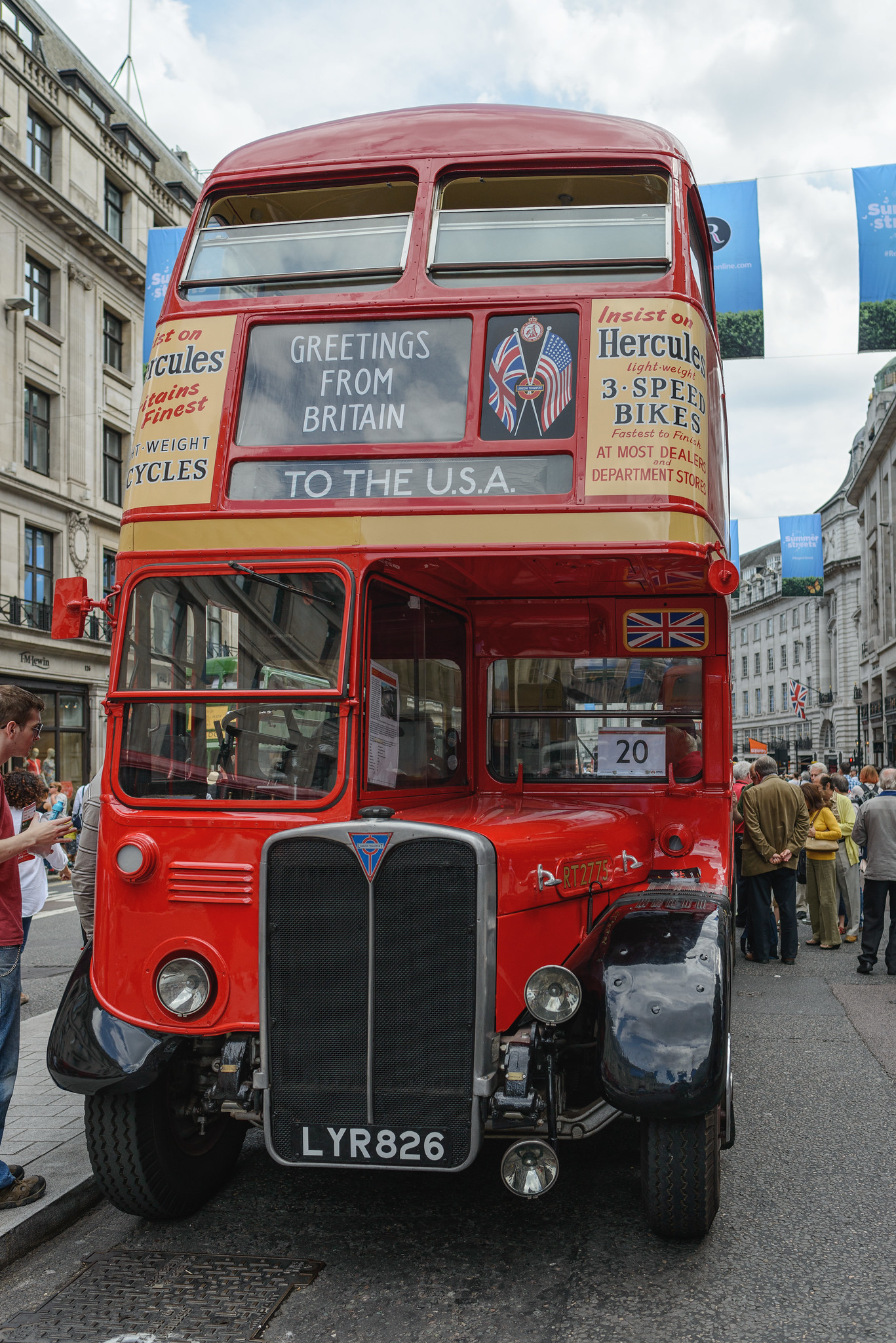 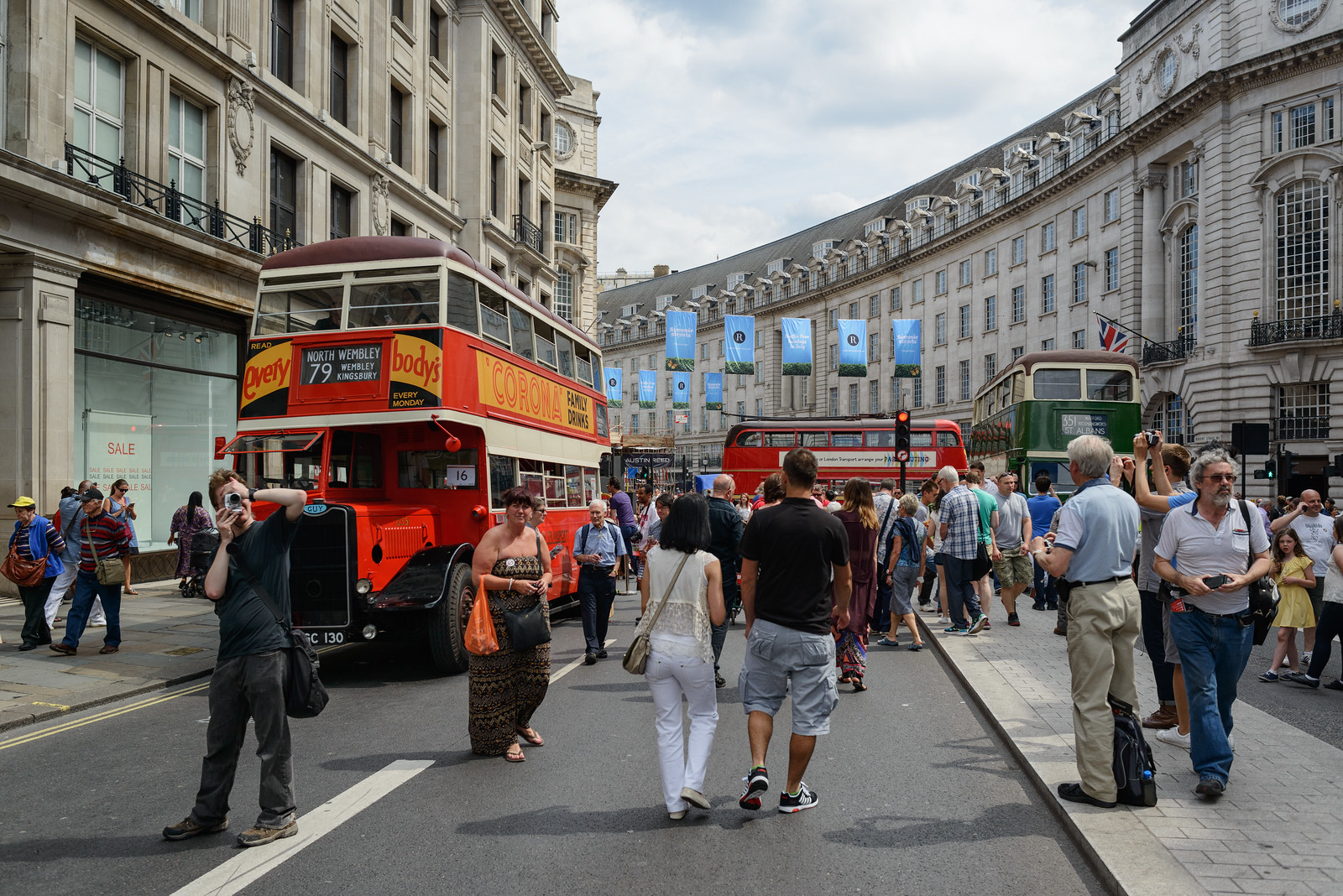 A few weeks later and the year of the bus had come closer to home by way of an open day at the Potters Bar Bus Garage, a few minutes down the road from us. 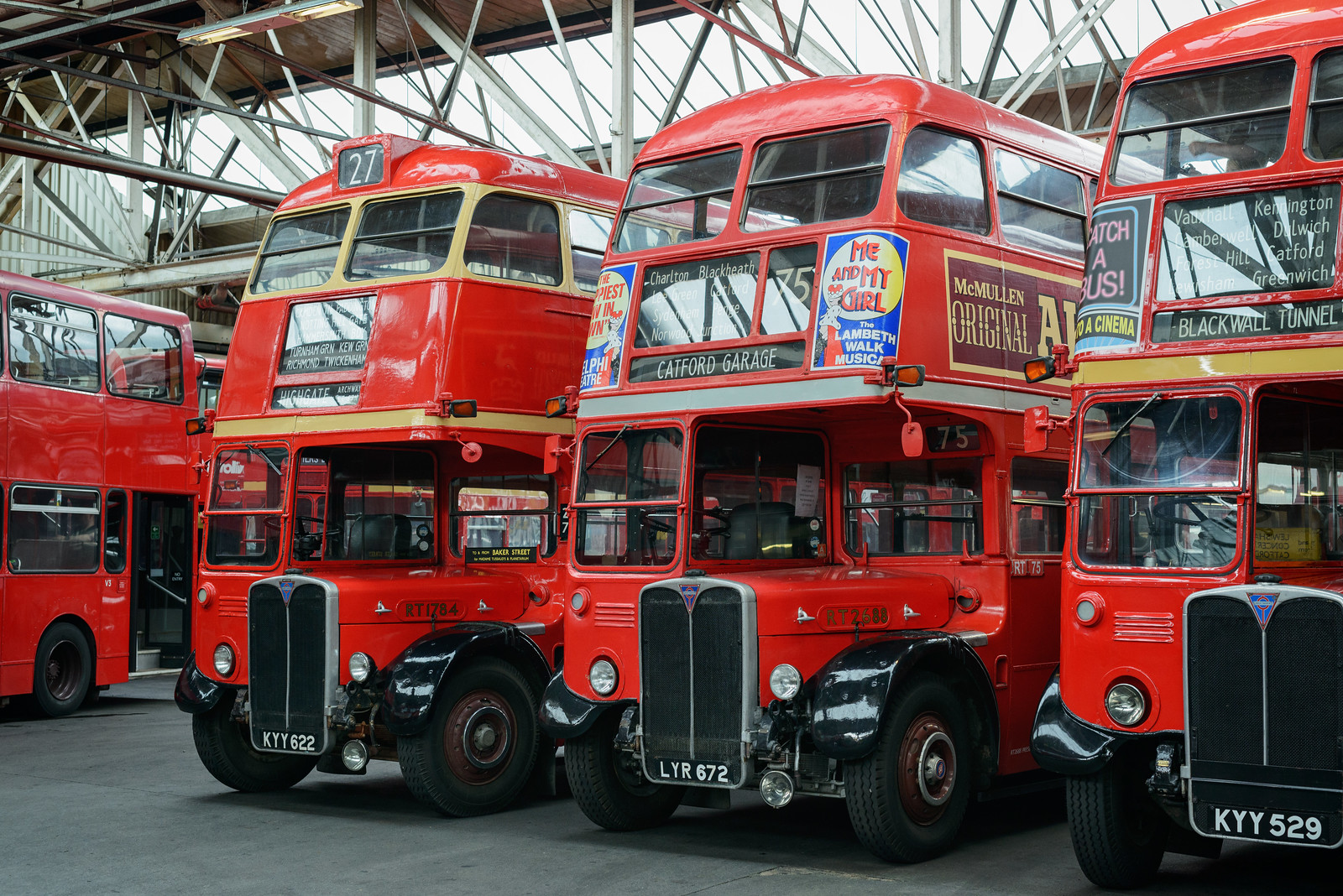 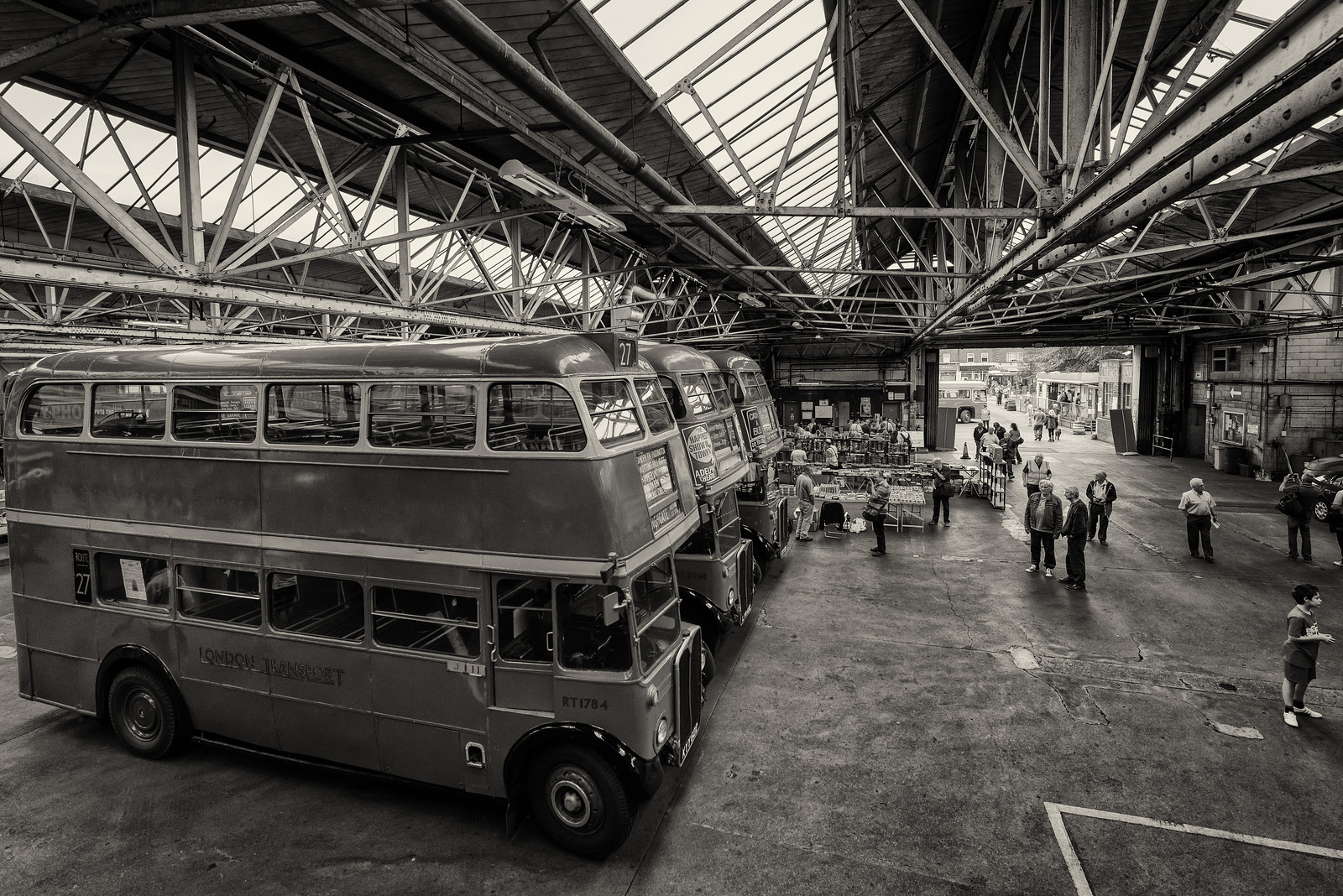 For those who don’t know the geography, Potters Bar is actually outside London in Hertfordshire, but close enough that London Transport built a major bus garage there to serve routes around North London and the surrounding areas. 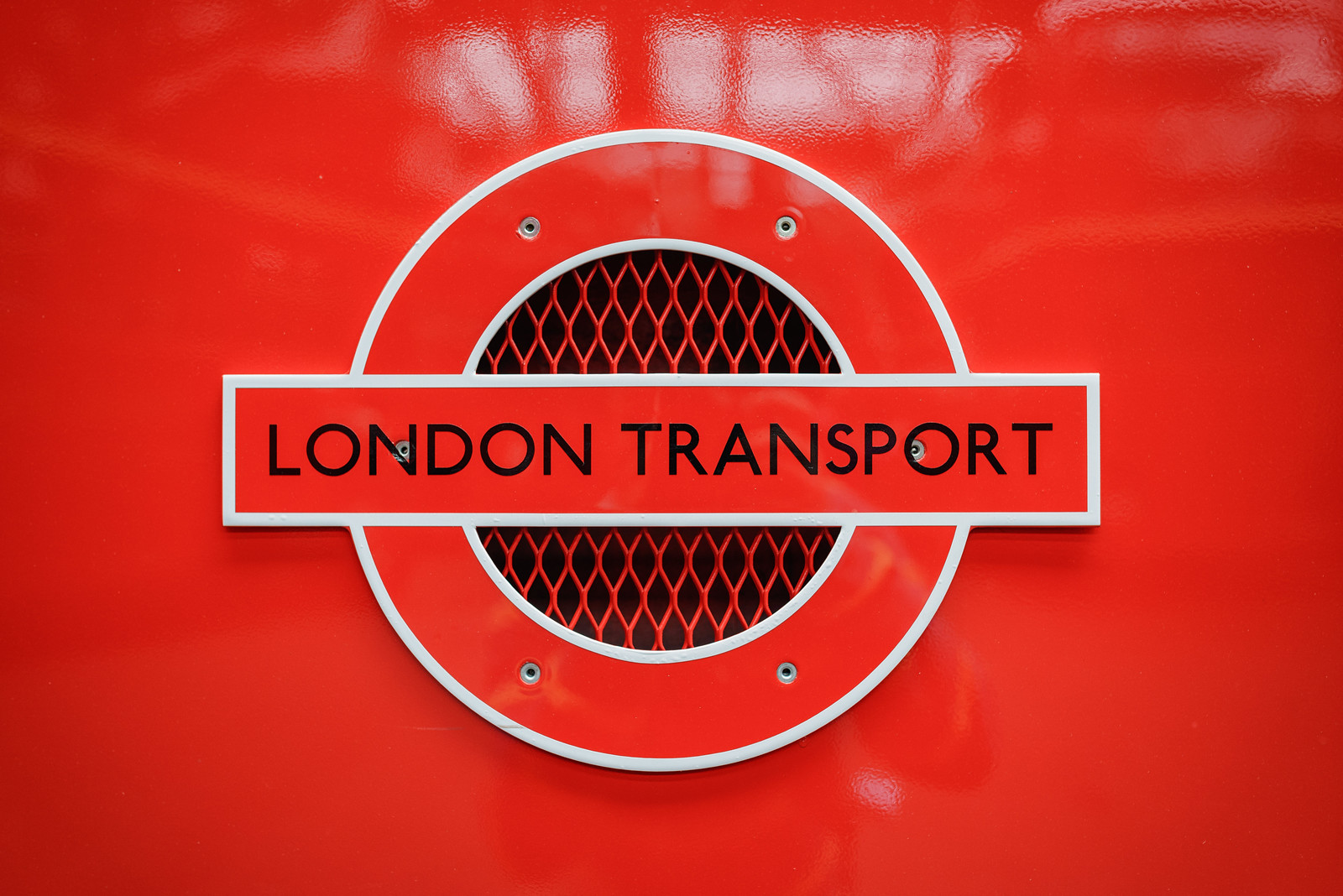 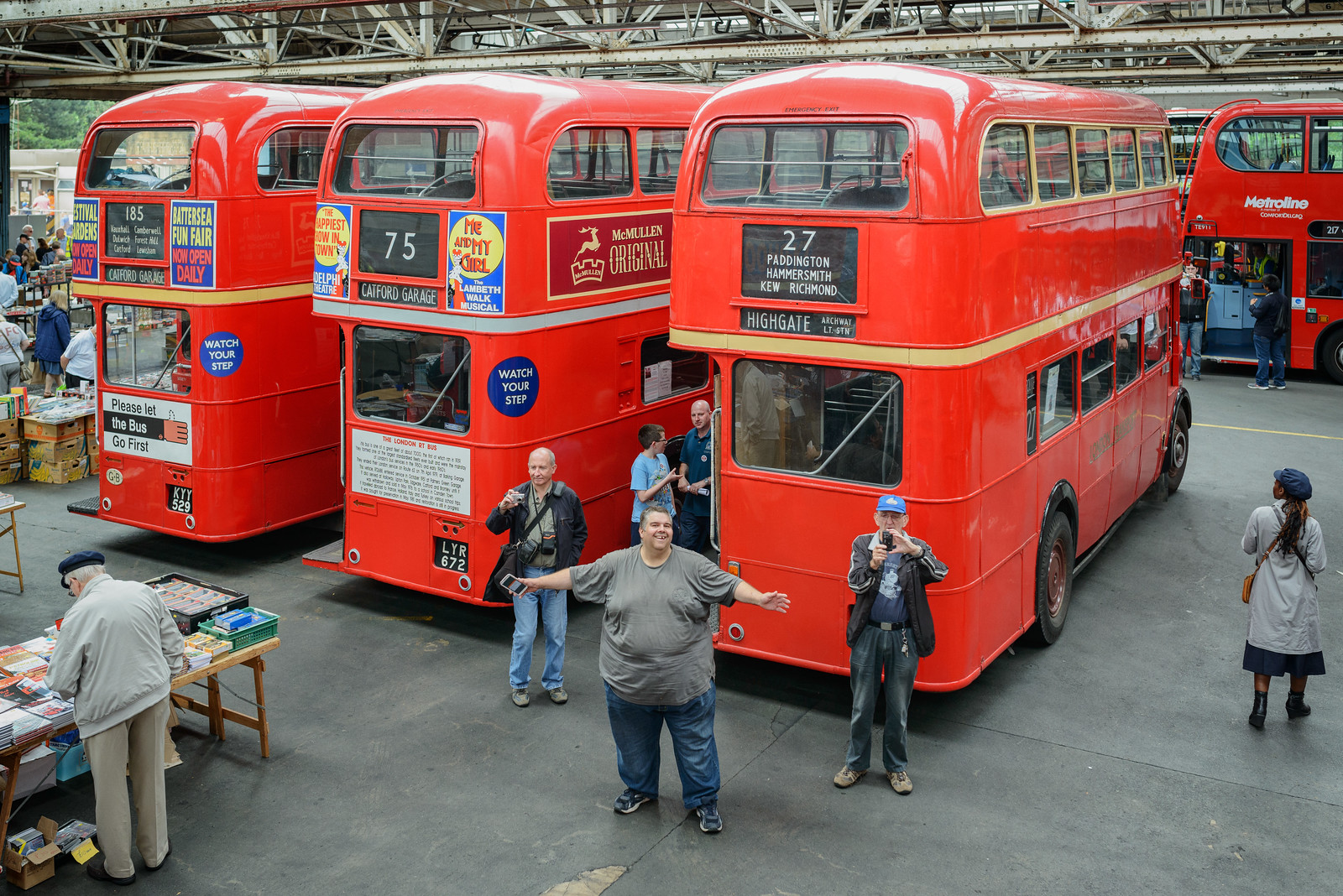 The joy of this was that I could put the camera bag in the boot rather than dragging it across London on the underground. While the building is a common or garden brick built bus garage, there was still lots of fun to be had on the buses, particularly as many of the historic route masters or or Regent buses were being used to take visitors on rides around Potters bar. 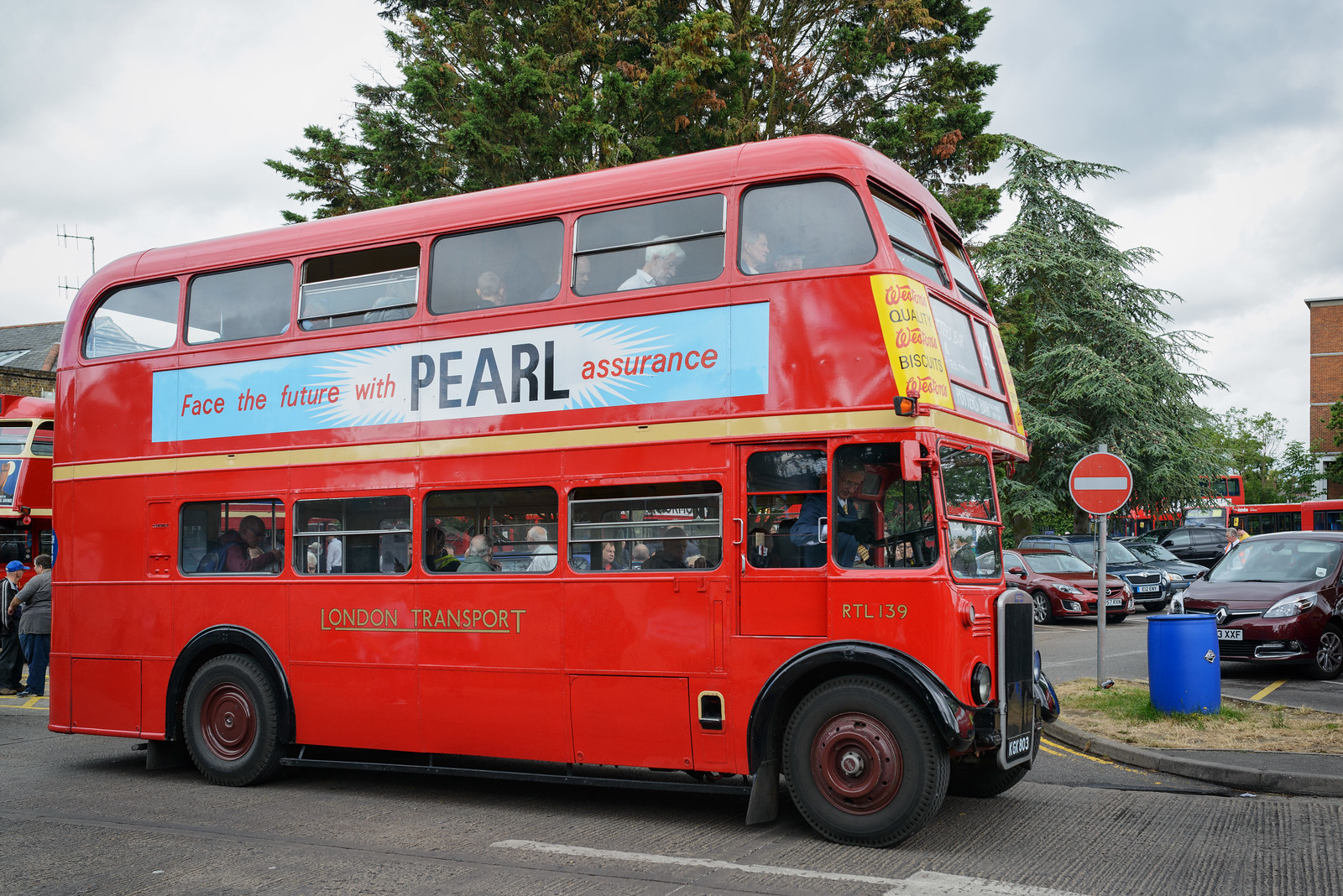 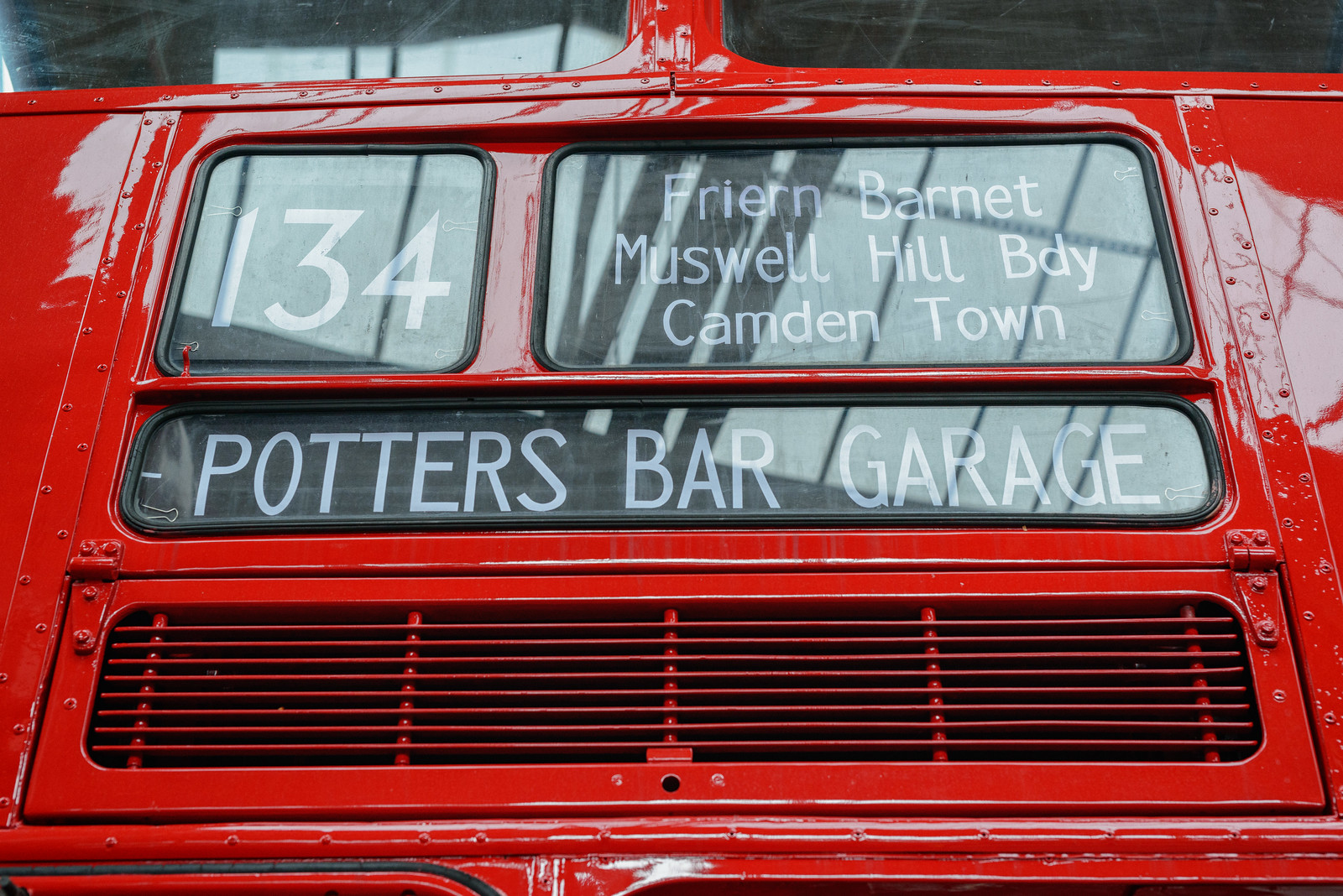 Inside we bumped into a lady dressed in a historic bus conductor outfit, bought ourselves a green (die cast) double decker, drove a bus or two, climbed several, all the while with our son charming the staff into coating him in stickers! 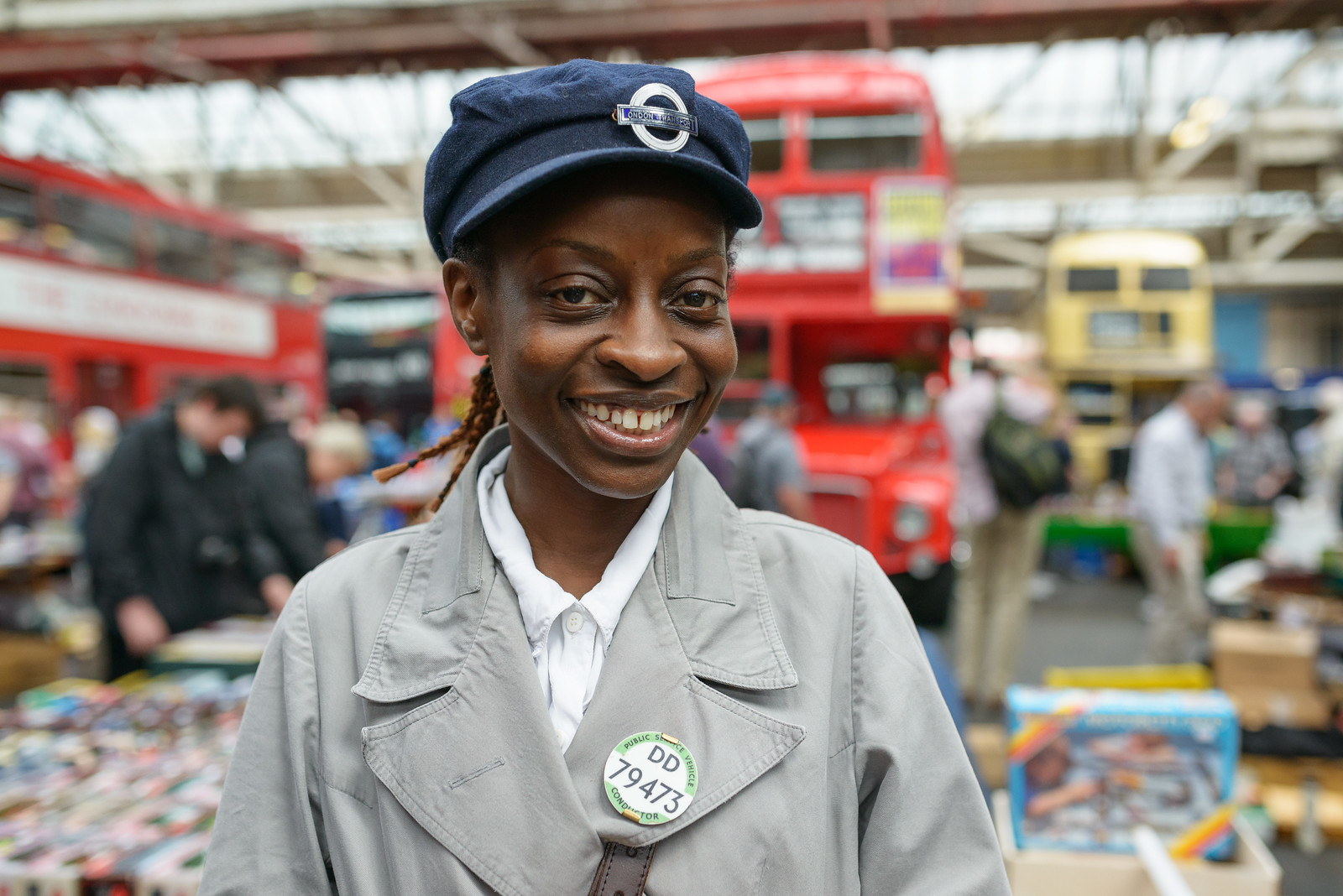 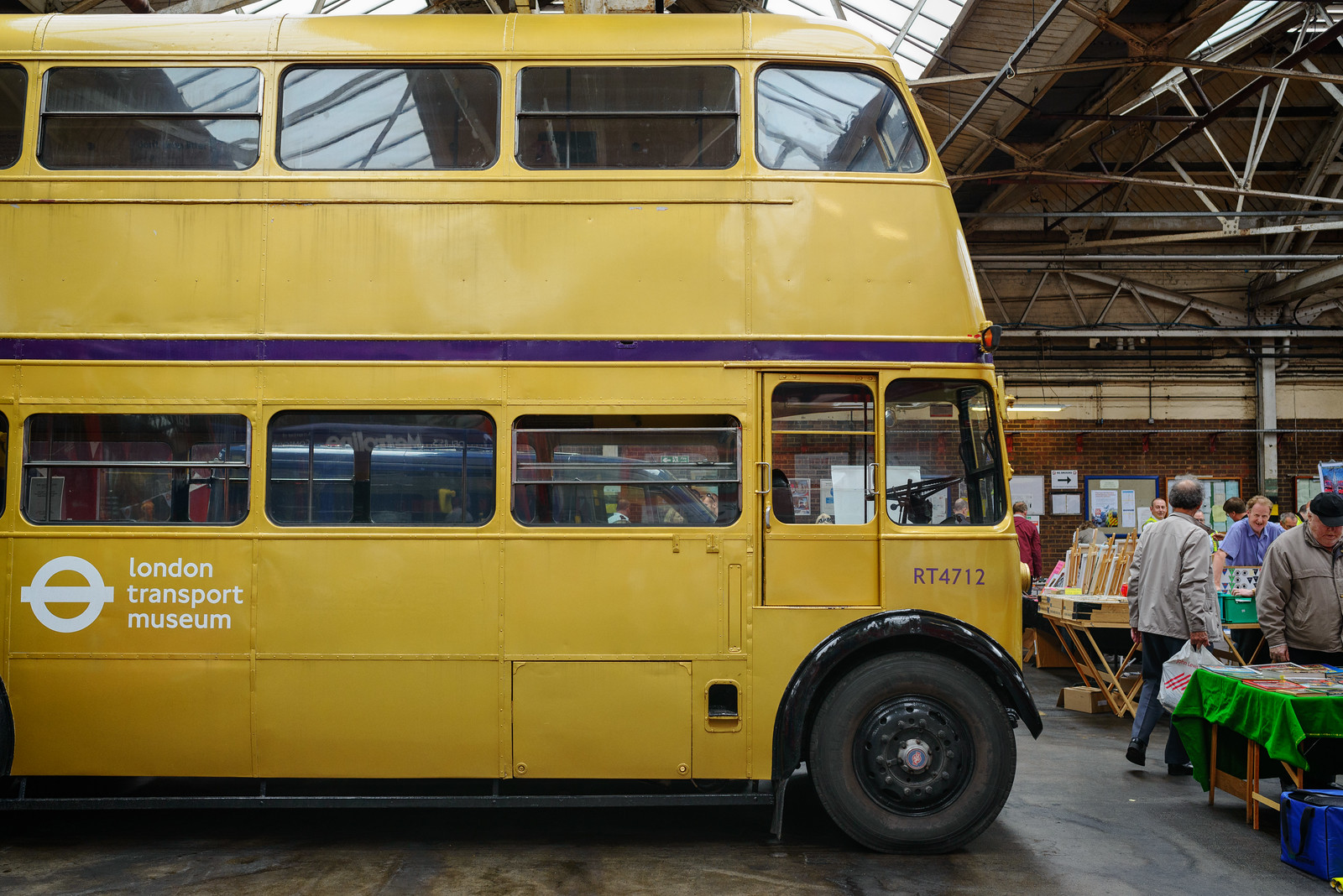 I have to confess that while I suspect there’s more than an element of TFL marketing around the “Year of the Bus”, the events we’ve been too have been great fun, so I’m not complaining! One of the really nice things about the events has been the enthusiasm for the buses on display, from everyone including the bus enthusiasts to Japanese tourists and everyone in-between. Thank you to all the people we spoke to, from the staff of the bus companies to the TFL and London Transport Museum staff we met. All were charming, with lots of humour and passion for the subject matter, which is all that can be asked for really. 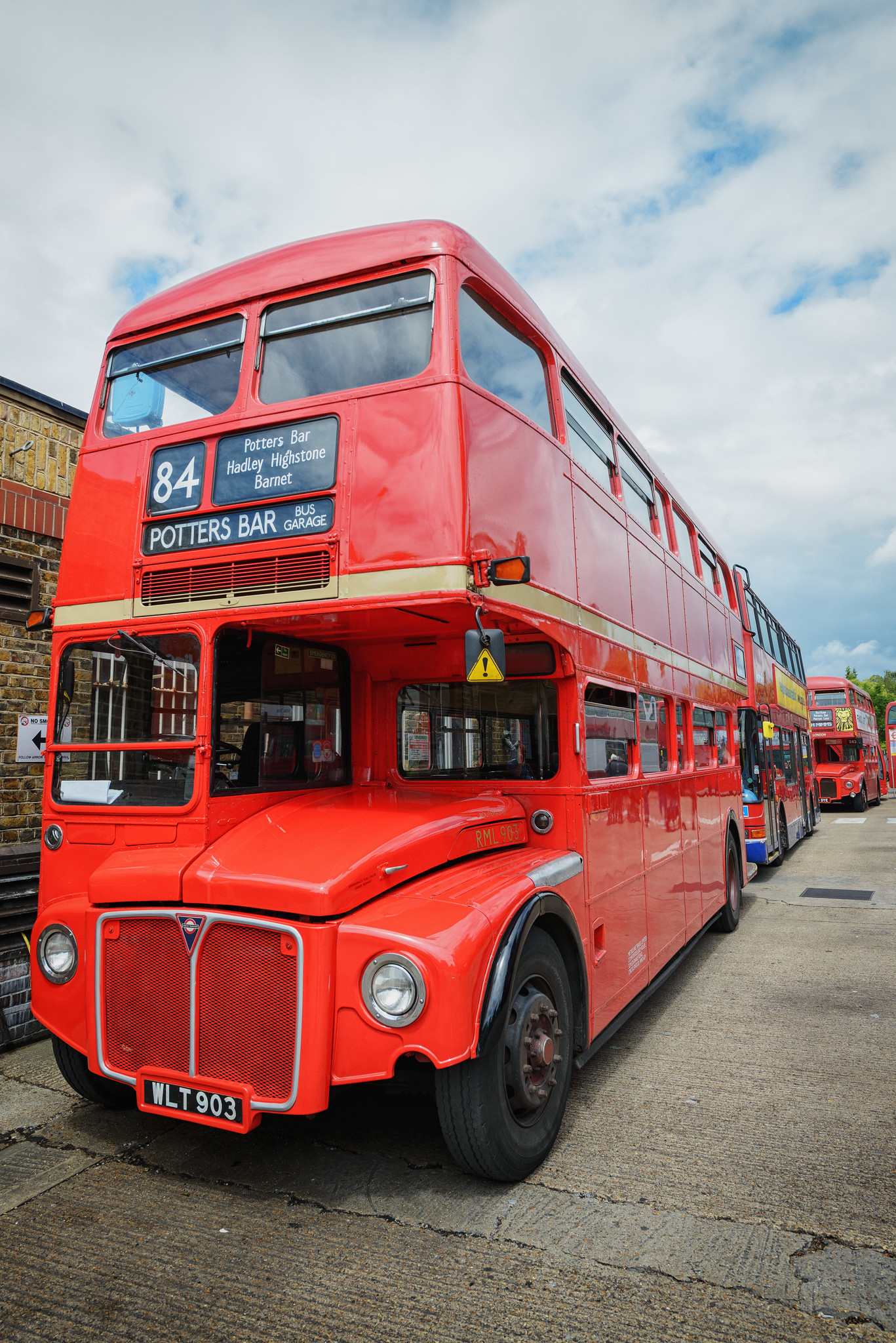 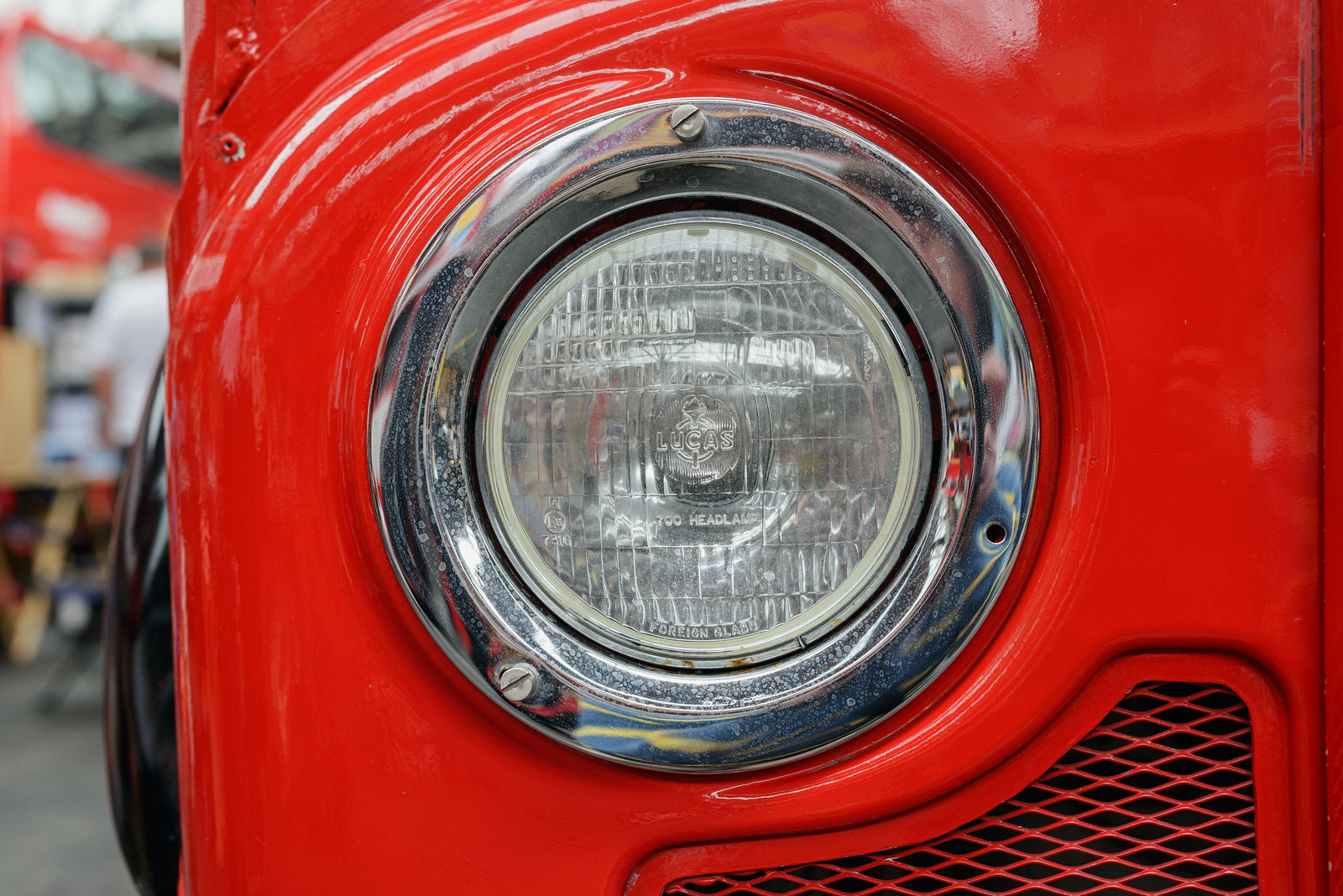 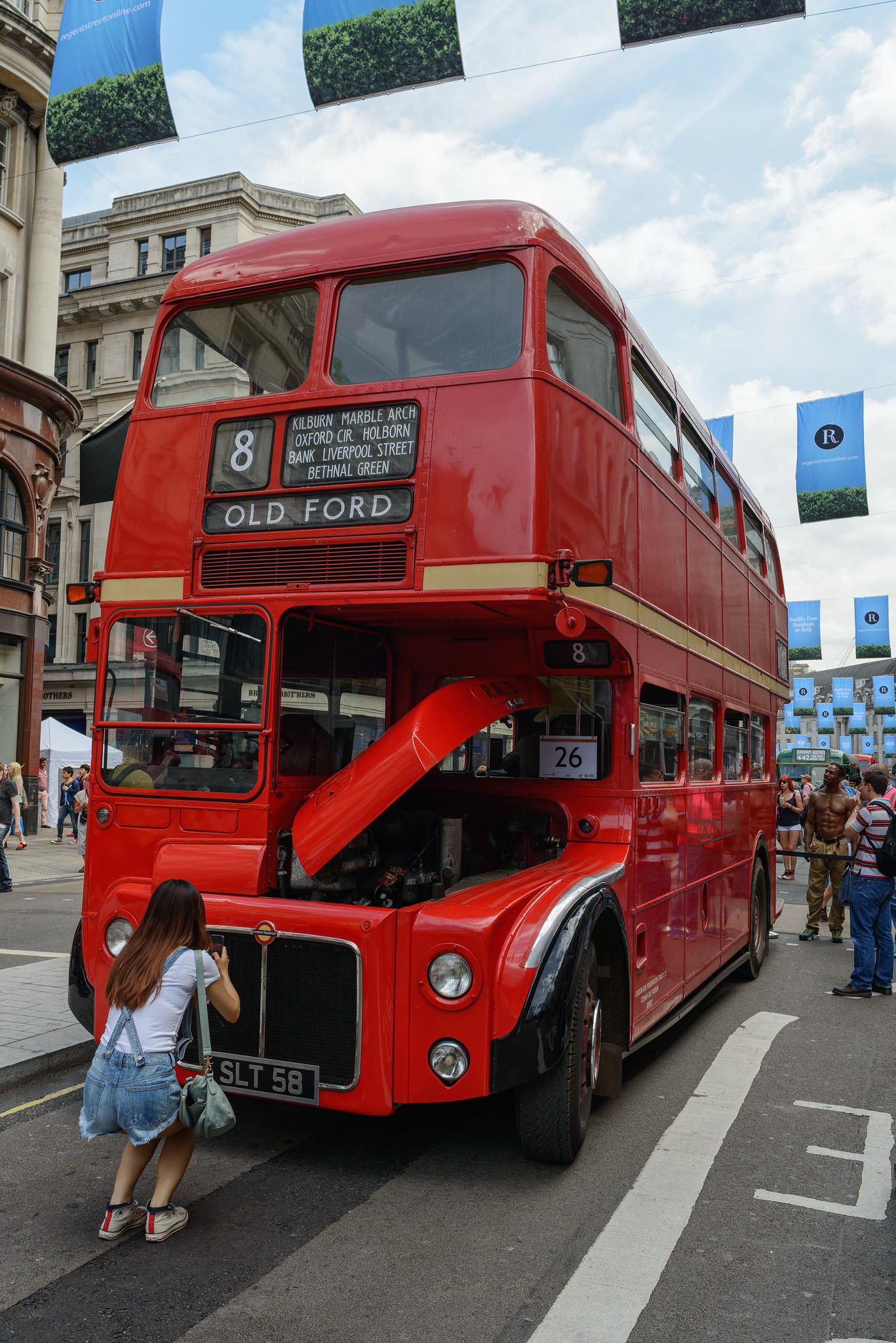 By a long way the most used lens was the Sigma 35mm. Its hard when it comes to the UWA options – the Zeiss 21mm is my favourite, but if you want a really dramatic view you need a 14mm and its hard to justify carrying the 14mm Samyang and 21 Zeiss in place of the Nikon 14-24mm. 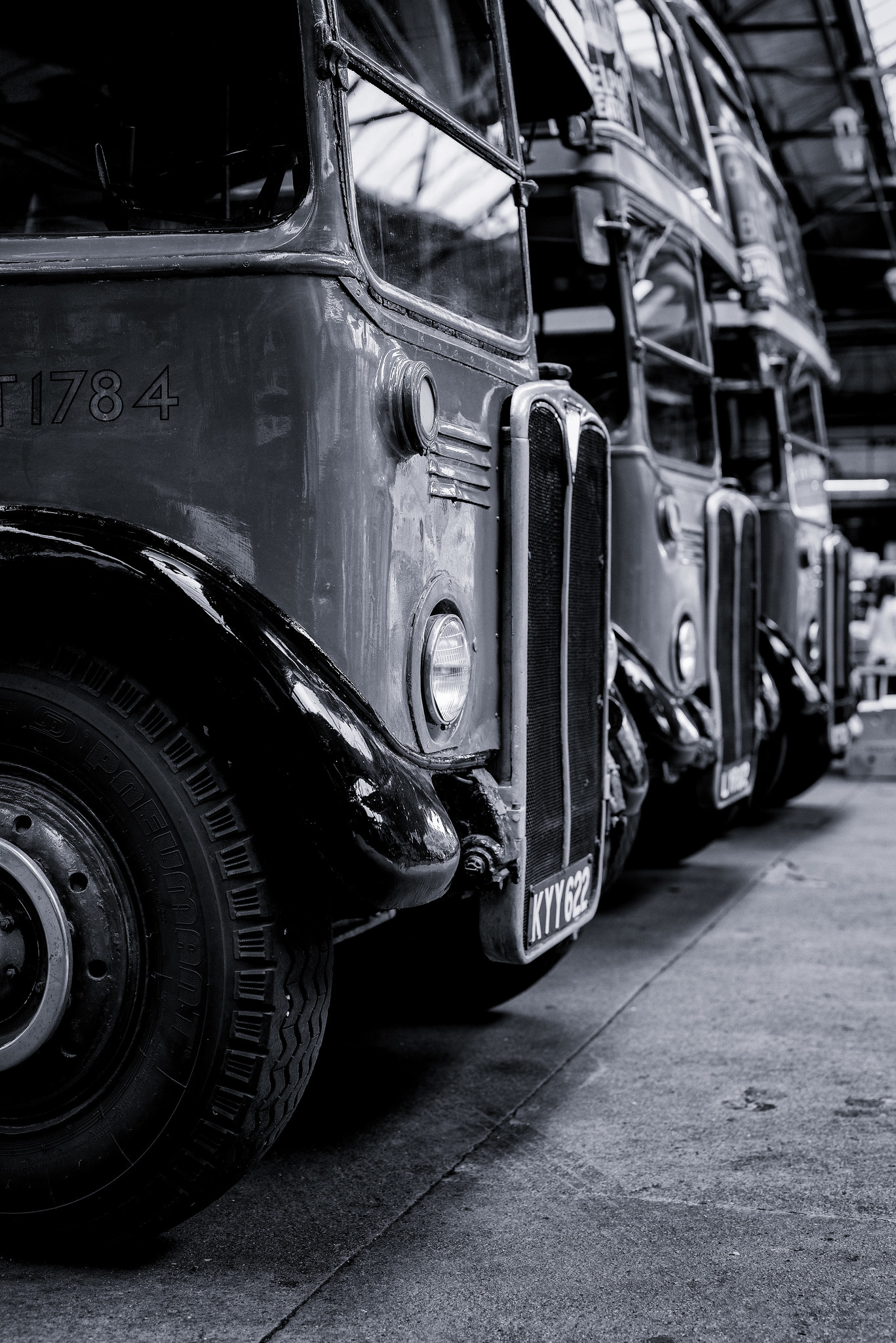