I started this blog by writing lots of posts about “stuff” happening in and around the City of London, where I work. Today offered the chance to write something similar. 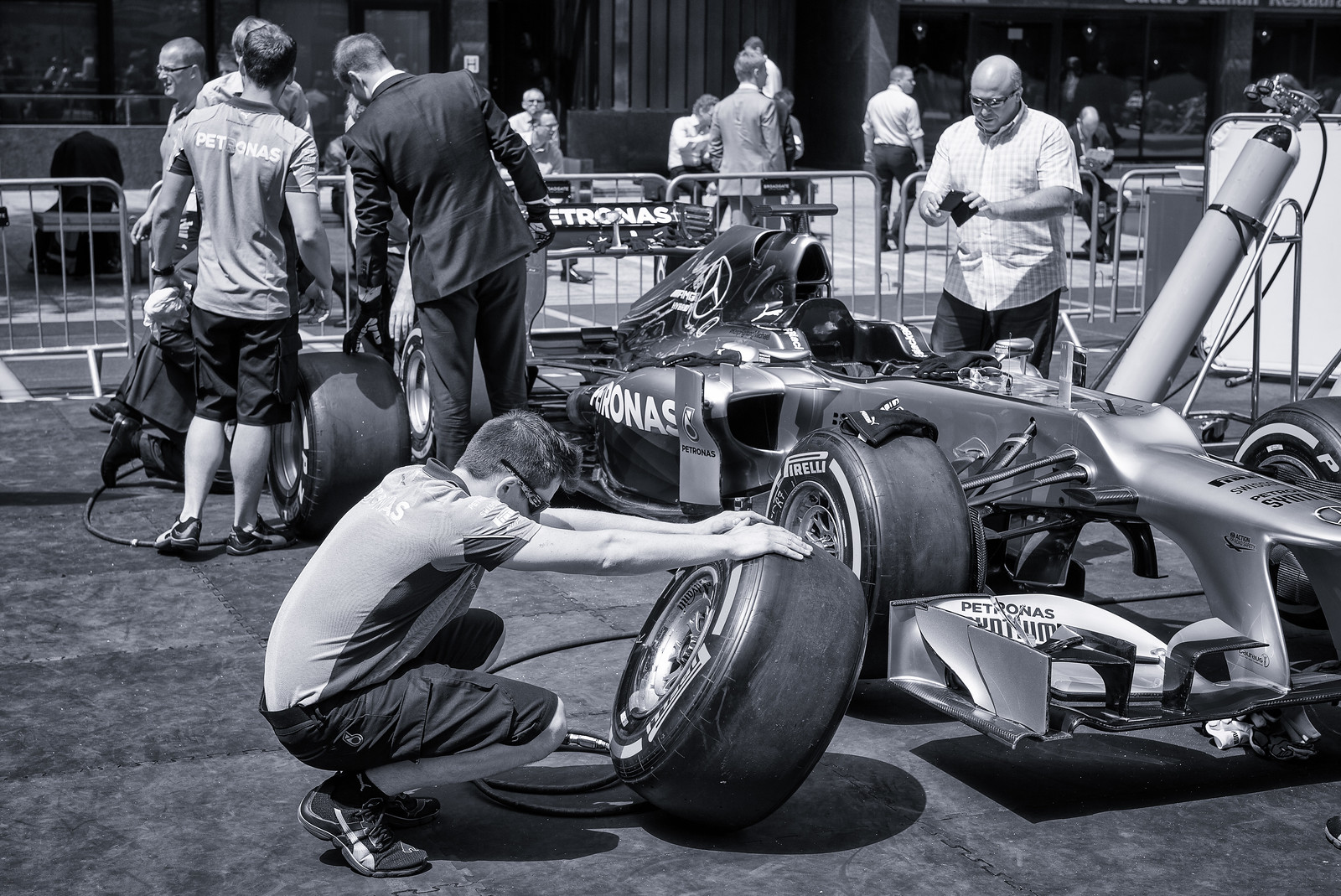 I had zero time for lunch today,but on the way back from a meeting in my old office on Appold St, I wandered through Finsbury Avenue square. 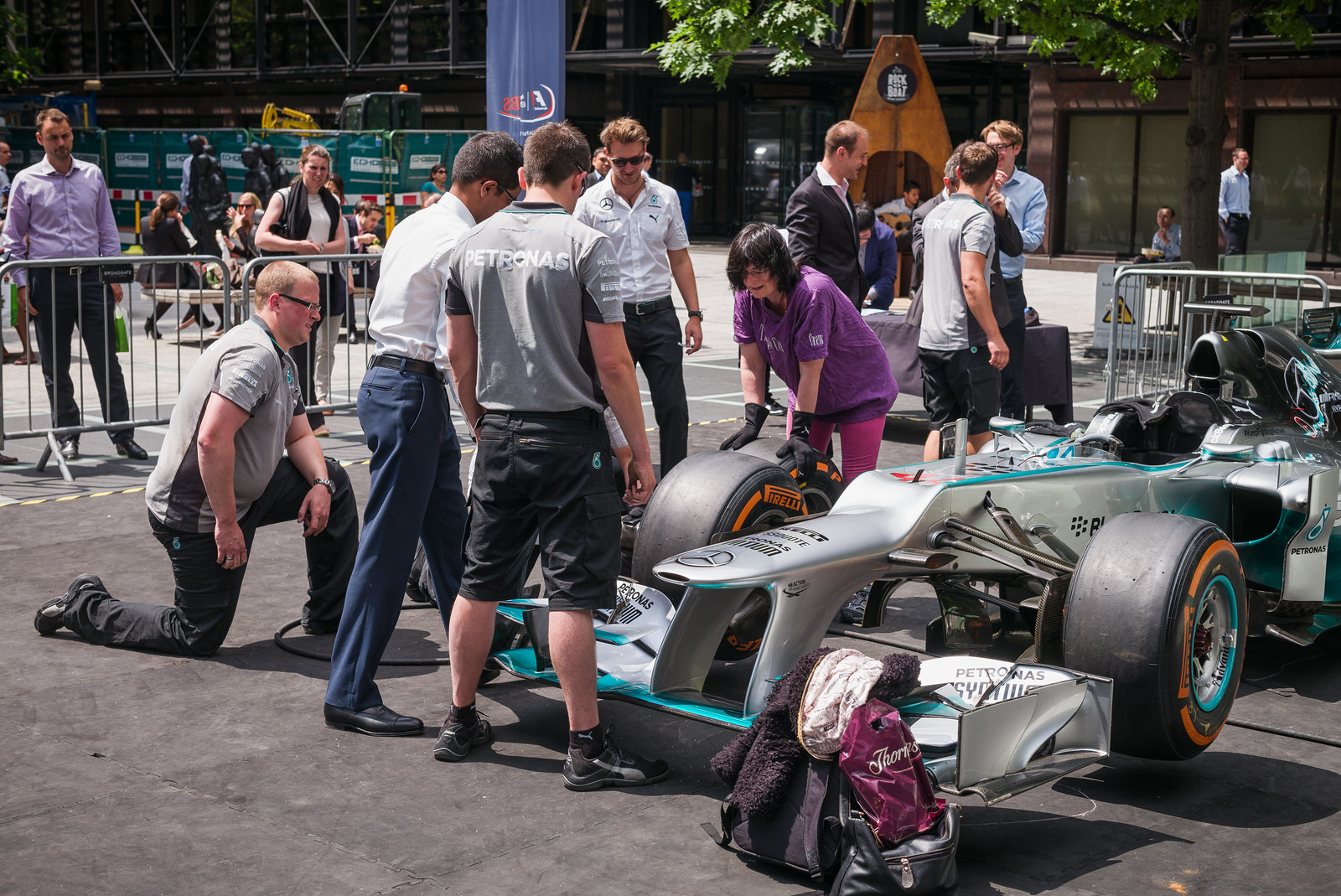 The square had been set up with a Formula One car in the middle, so I decided to grab my lunch from near Liverpool Street to give me a chance to take pictures.

It turned out lots of people were engaged in taking part in a timed wheel changing challenge. The levels of ability on display were mixed notwithstanding great enthusiasm all round.

However, I was slightly concerned one guy (who will remain nameless) would do himself an injury with the power tools used for fitting and removing bolts…

This week saw the launch of the city of London festival too. This year rather than street pianos there are upturned boats with guitars in. It’s a bit odd to look at but I think it works. 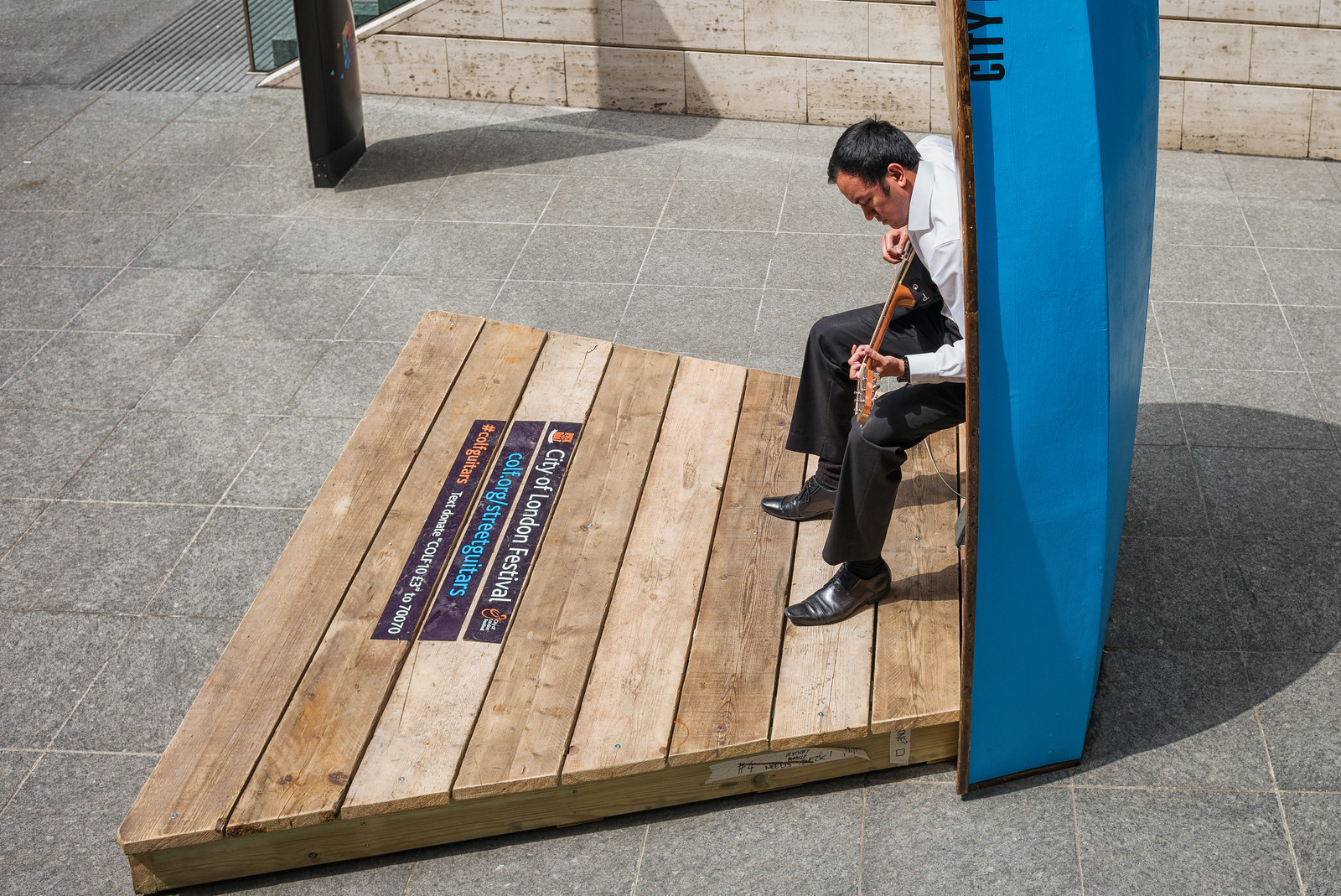