So let me start with a negative. I really didn’t like the Sony NEX-7. I hated the menus, the controls, the image quality above ISO 800, the display icons, the ergonomics yah-de-yah. 😉 . OK, a bit strong, but I did feel like the NEX-7 was a disappointment to me as a photographer. I never felt like I bonded with it. 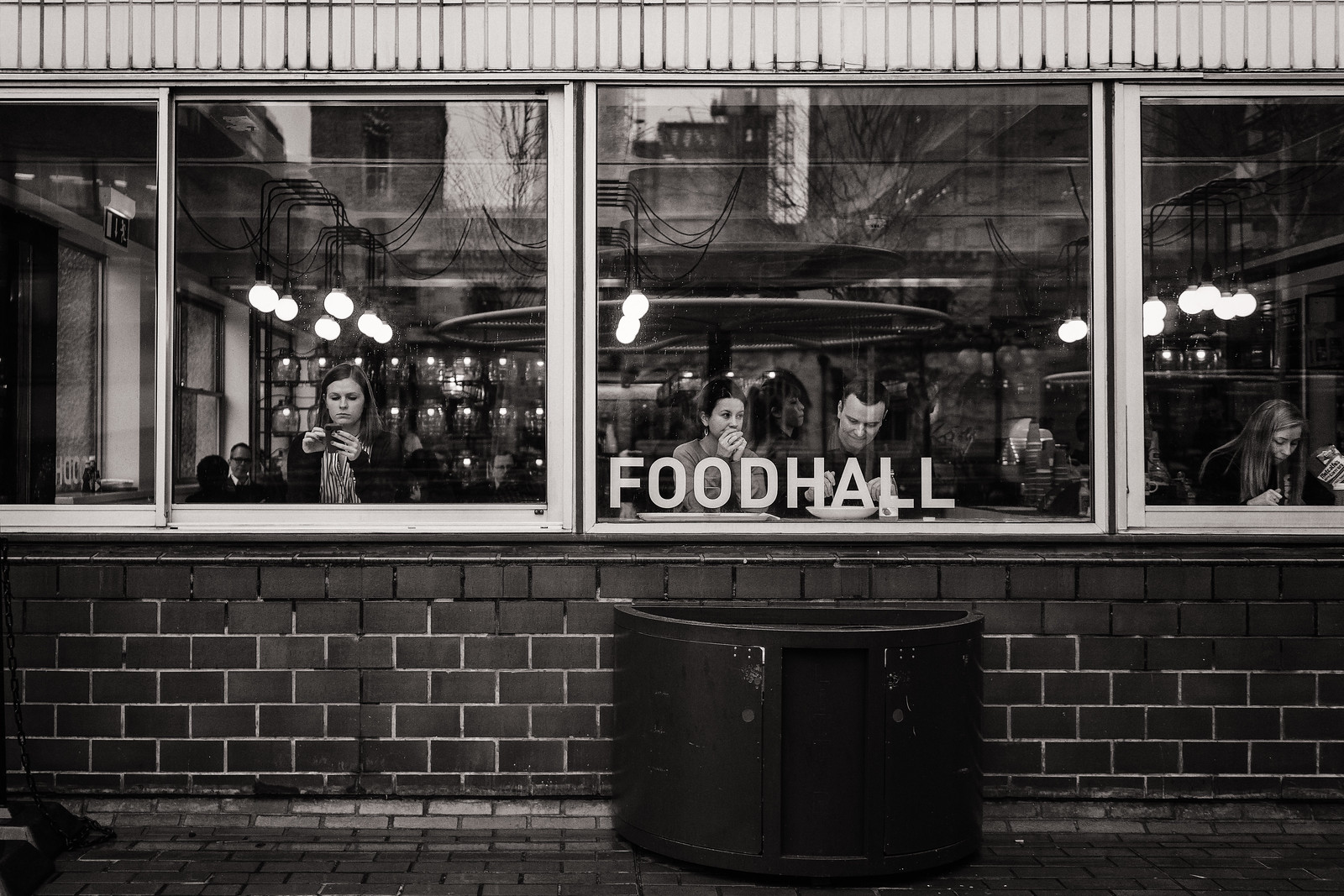 Conversely, the RX1 was an excellent camera. Small, stunning lens, stunning lens (so great I counted it twice) great sensor and the worst negatives I could come up with was the lack of a dedicated shutter speed dial and the lack of a built in VF. As a portable large sensor camera the X100s is a bit better in functionality, but it’s hard, neigh impossible to beat the image quality from this tiny pocket rocket. Having spent some time not using it, then writing about it, you end up wanting to take it out with you. It’s mind-blowing to me that something like this came out of the same company. But in that comment I am too hard on the NEX-7. The fundamentals of that camera were fantastic and ground breaking. Nikon may have better APS-C sensors made by other suppliers now, but in good light there wasn’t a lot to complain about. 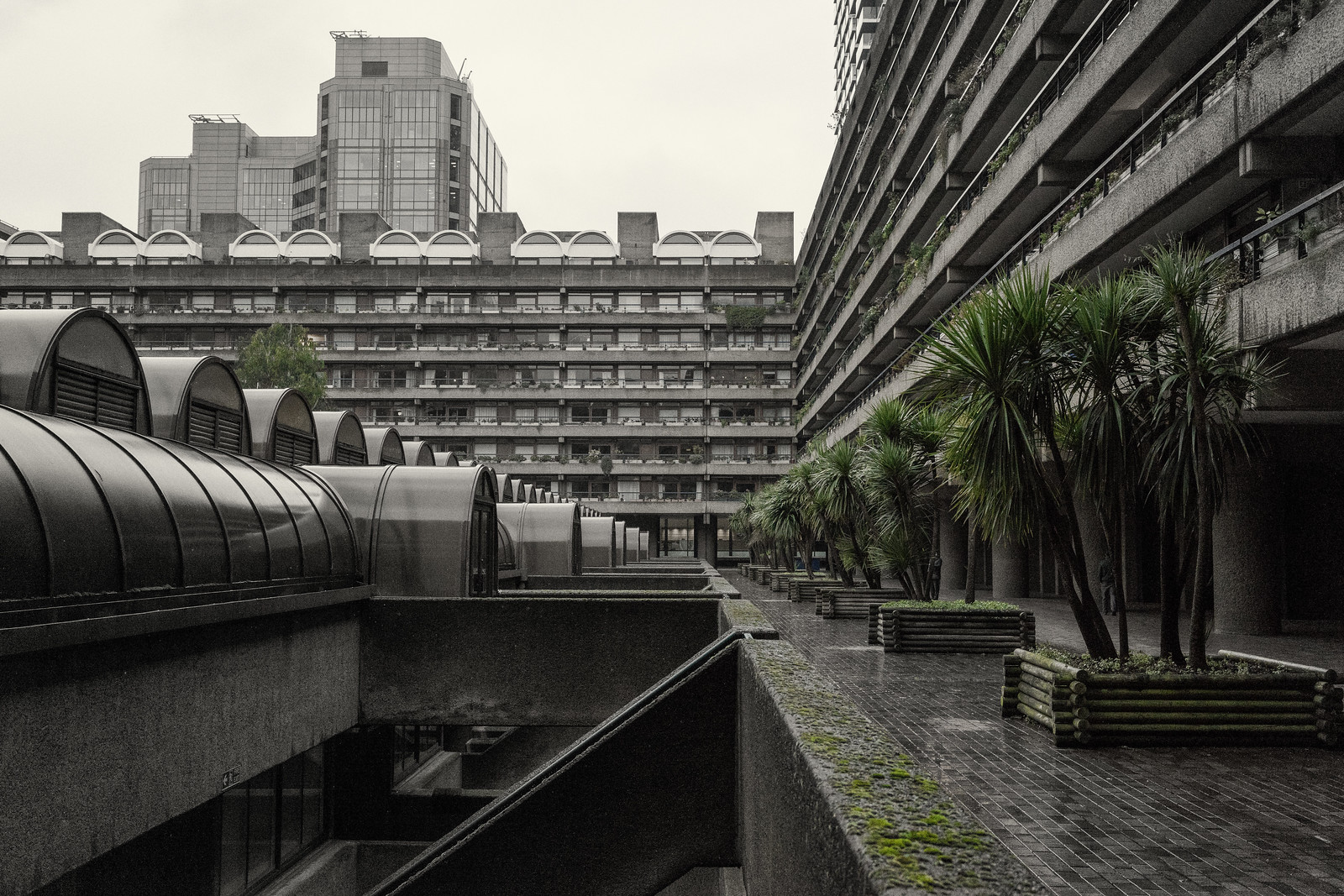 Which brings me to the Sony A7. Another great, but flawed, camera. However, there’s a lot to like here and the implementation is much, much better than the NEX-7. There are some odd ergonomic quirks that will be more of a problem for some people than others. The viewfinder isn’t perhaps as impressive as some other cameras (notably the E-M1). The native lens range is poor (in numbers, not quality). The shutter is quite loud.

But actually, look beyond all of that and you have stunning image quality (high ISO and dynamic range), fast focus and controls that are relatively intuitive. I’m not stating it’s a terrible camera, rather that it’s an exceptionally good mirrorless one, but that comes with some “quirks”. So let’s begin…

The Sony A7 uses the same Sony manufactured 35mm sensor as has previously been seen (and used by me) in the D600 and RX1 (its also been used in the Sony A99, RX1r and Nikon D610). It strikes an excellent balance between high ISO image quality and dynamic range at base ISO, significantly outperforming similarly sized sensors for Canon DSLRs. The body is approximately the same size as an Olympus E-M1. In short this is a mashup of the smaller sensor mirrorless bodies with the sensor of a full frame DSLR. 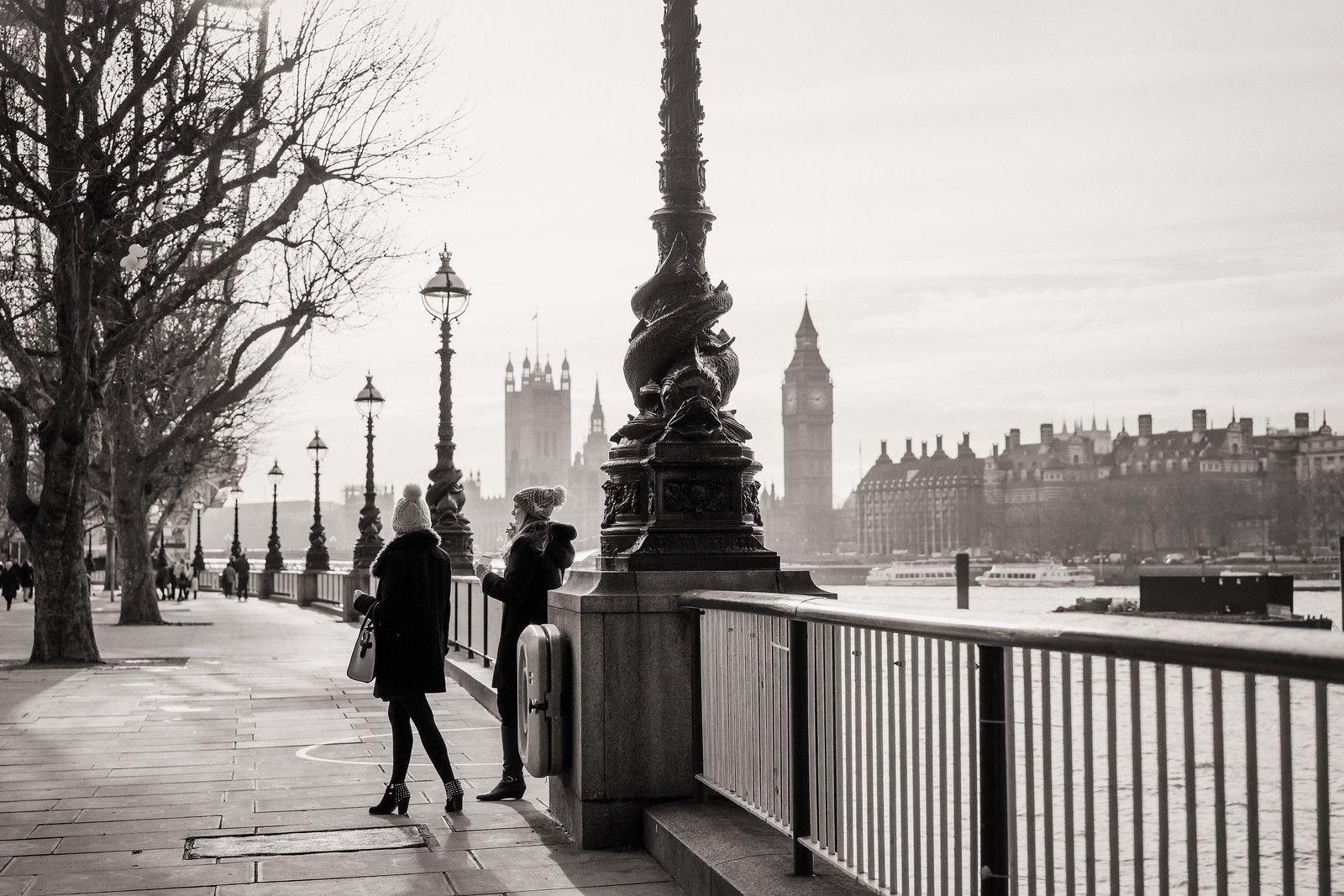 The rear of the camera features a high resolution 921,000 dot 3inch screen that tilts up and down (but does not articulate like Canon and Panasonic screens), and a high resolution 2.4 million dot OLED EVF. The EVF quality is excellent, with a very clear and crisp display, which includes a dual axis electronic level, and the EVF has a good sized rubber surround to help viewing outdoors which will be of benefit to anyone who wears glasses. A big improvement carried over from the RX1 is a menu system much more similar to Sony Alpha cameras (ultimately this menu system traces its roots back to the old minolta DSLRs, rather than Sony NEX cameras, which is great as the NEX menu system was not one of the camera systems strong points).

A large front grip is covered in a textured rubber coating that extends round to the back of the camera, where it is shaped for your thumb. Unfortunately this is one of my beefs with the camera. The grip doesn’t allow me to curl my fingers round next to the lens when the 55mm lens is mounted. Clearly this kind of thing is subjective, but I cannot help feeling the next generation of FE mount cameras would be better served with a grip closer to the E-M1 in shape and size. On the topic of beefs with the camera, the positioning of the buttons on and around the”shelf” on the back of the camera also feels odd to me. It’s definitely an area for improvement on future FE mount models.

An exposure compensation dial on top gives quick exposure control without being exposed to random knocks, and a front and rear dial can be used for aperture and shutter control when in M, A or S modes respectively. I find this a big improvement over the NEX-7s tri-navi control system and of course it is closer to the system used by most DSLRs and the Olympus OM-D cameras.

I still don’t get the choice to treat a camera like a mobile phone and use in body charging as the sole means of charging the battery. I purchased a charger on eBay, because this is a power hungry camera. Battery life is rated at 270 shots according to CIPA test results, I managed a bit less than this in practice, but it’s consistent with other mirrorless cameras. I will say this, at least the battery can express its charge using a percentage, so you do have a vague idea of how much charge is left (I’m looking at you Fujifilm…).

This is also a camera that does wifi, which I’m rapidly coming to conclude is essential for in the field social media pictures. Its about as easy to use as the Fujifilm system, not as good or as simple as the Olympus system which uses a scannable QR code. In fairness, I believe it’s ultra quick to set up if you have a Android phone with NFC. The A7 does not have a built-in flash, but it does have a standard hotshoe. The A7 also has USB and Micro HDMI ports, along with 3.5mm microphone input and headphone jacks. The HDMI output can be configured to deliver a clean feed without graphics, a must for serious video users. 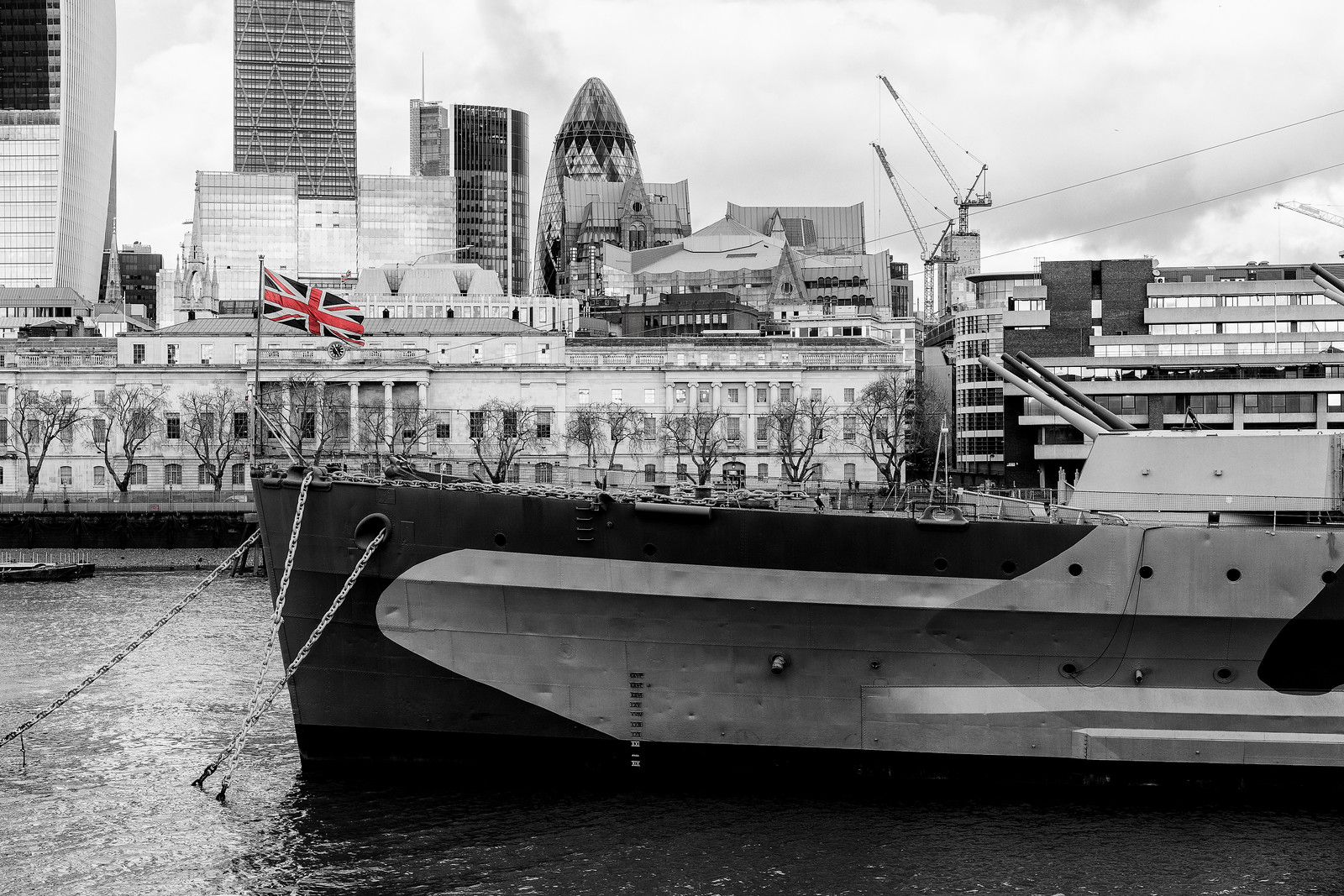 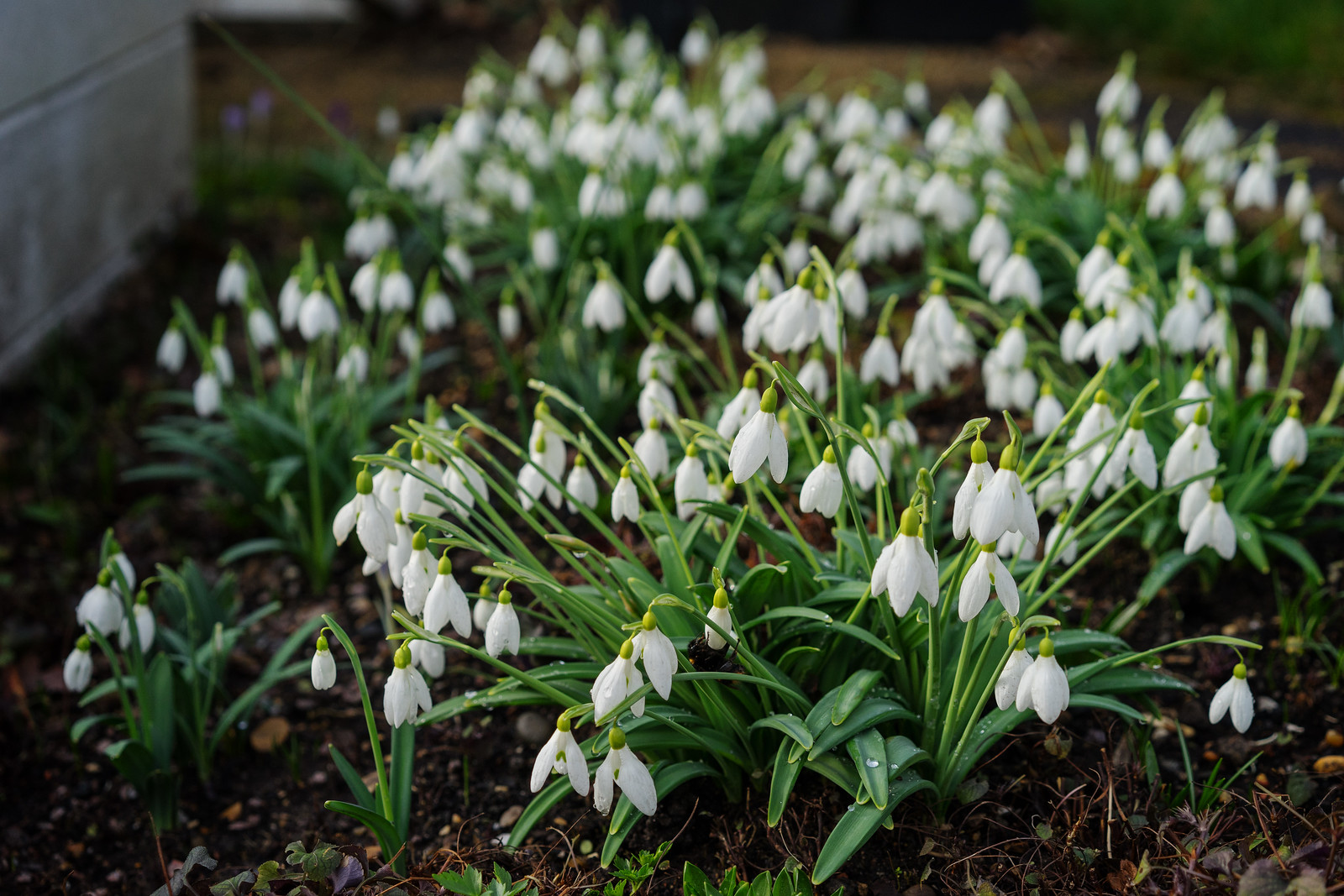 The prime lenses are just brilliant. No question that Sony hit it out of the park with these. The 35mm is not quite as good as the lens on the RX1, but its very close. The 55mm is one of the sharpest lenses its ben my fortune to use. It has lovely contrast and colour reproduction too. I can very easily see why DXO rated it so highly (at the time of writing its the highest rated autofocus lens on DXO). Apparently the 28-70 is so-so and the 24-70 is a bit better. I will get the 24-70, but I will say now I think this is a primes camera. 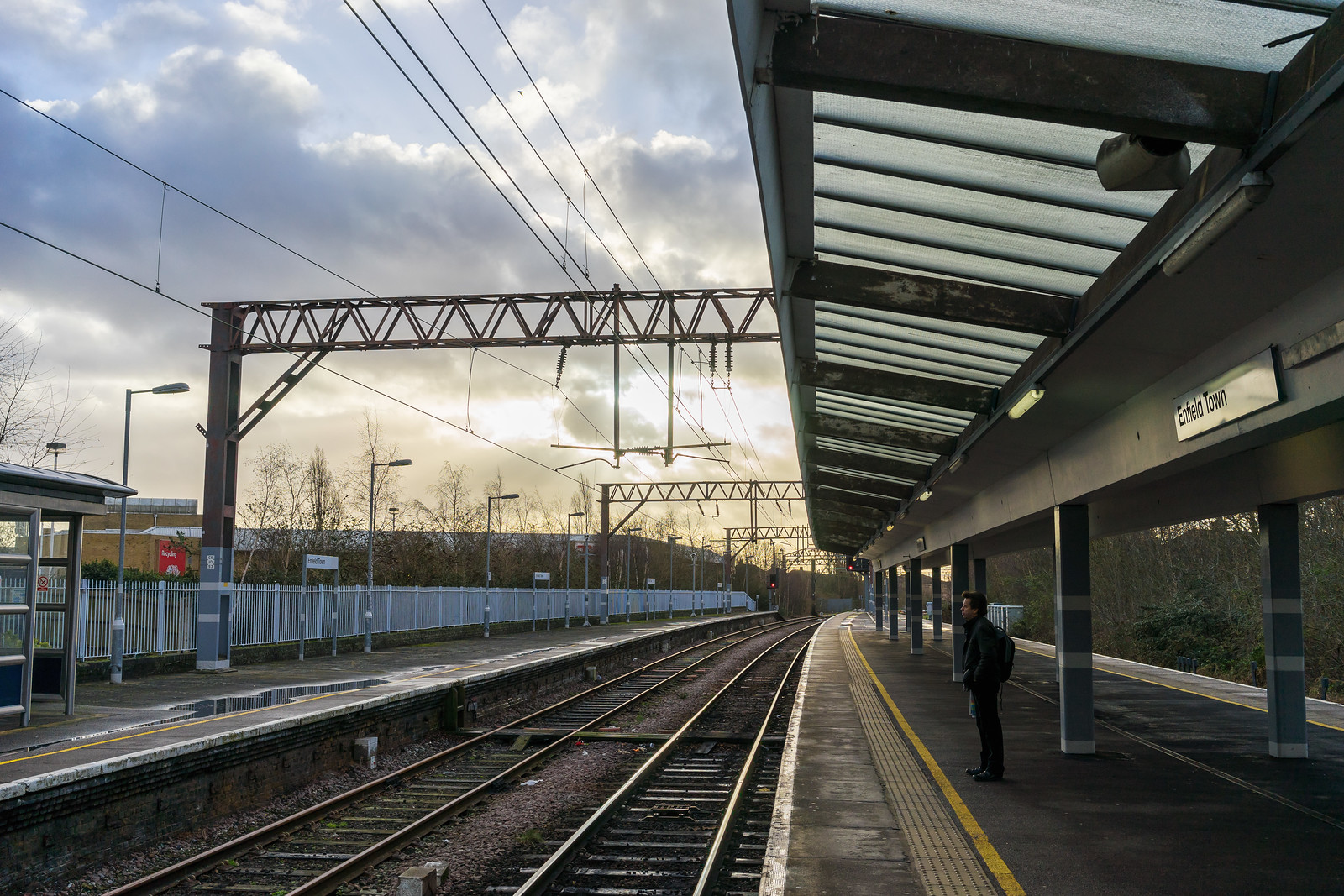 The a7’s image quality is great, the size of the sensor making it easy to get shallow depth-of-field and offering excellent low light capability, simply as a consequence of having a huge sensor to gather light. DPR reported on an issue of jpeg “posterisation” in its review. I cannot say I have particularly noticed it, but its actually something common to many consumer cameras (you see similar things in some Fuji jpegs). In RAW there is an issue identified by the LibRAW decoder project whereby the 14 bit RAWs contain about 11 bits of information. Again, I cannot say I’ve really noticed it overmuch myself, but in practice it will limit shadow and highlight recovery. I would not get too het up about either of these issues. I think you have to bear in mind the A7 may not have the pure image quality of the D600/D610, but its still fantastic. The thought that this camera costs the same as a Olympus E-M1 is a sobering thought and perhaps a worrying one for the M43s manufacturers. In summary, the pictures here speak for themselves (I hope!). 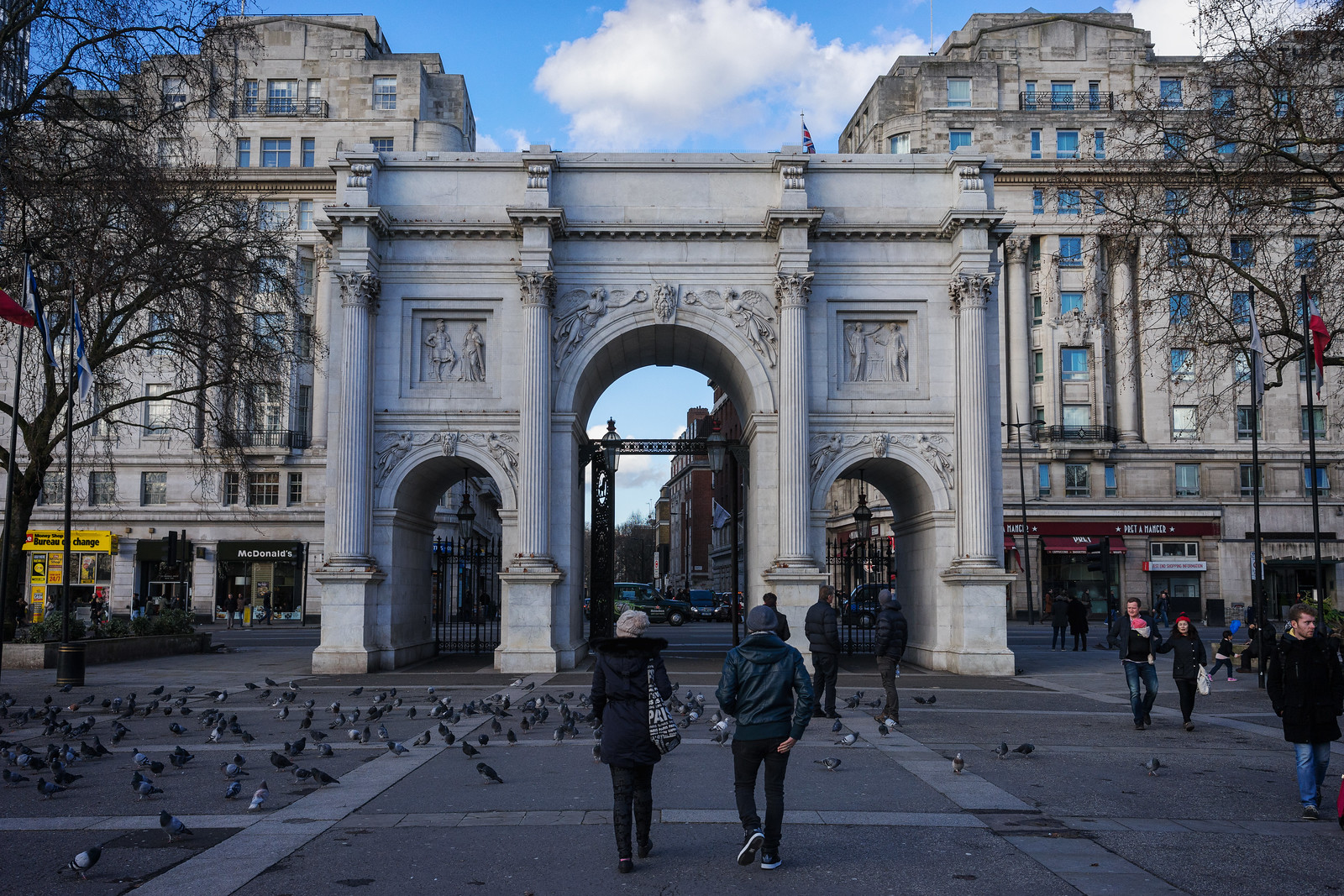 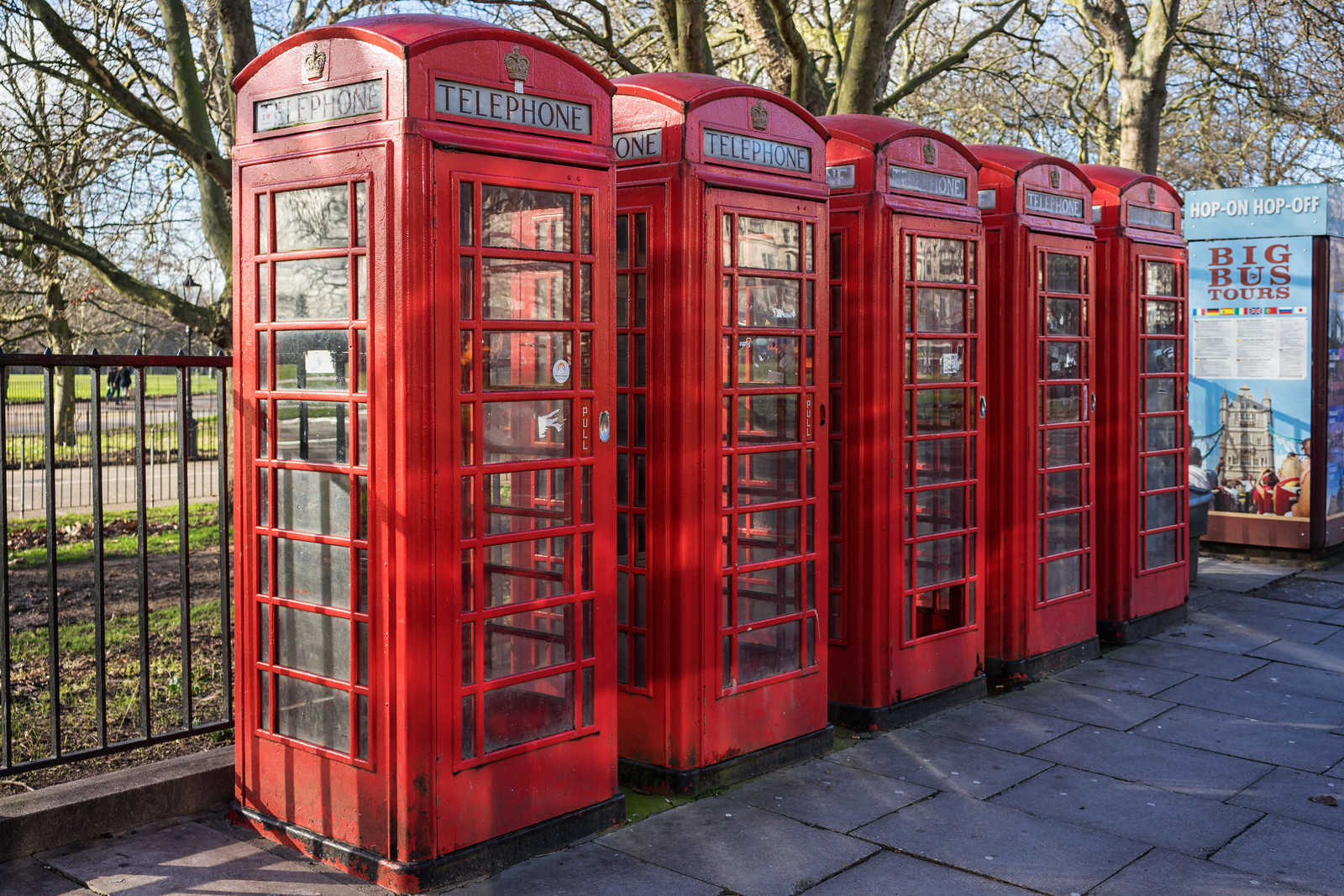 This is a quick to operate camera. It starts up quickly and there is little shutter lag. In decent light, the AF performs well, as quick if not quite as certain/accurate as a DSLR. In poor light (read indoors in most light), where the PDAF system is disabled, the camera can hunt a bit. This is my main disappointment with the camera – its not quite as bad as the X-Pro1 with firmware version 1 but in poor light the AF is either quick and inaccurate or slow and hunting. I’ve spent some time at a lunch in a pub with my family and found almost none of the photos I took were keepers. Clearly thats a negative, but yet in the outdoors I’ve found its about as good as a DSLR for street photography. Talk about schizophrenic!

To get away from the negatives, when it works well its a small, quick, accurate camera with a full frame sensor. That needs to be balanced with some quirks. I can understand why DPR gave this camera a silver award. I cannot understand why DPR gave a gold award to the A7r with its even louder shutter, 36mp (and thus hypersensitive as well as hyper resolution) sensor, CDAF only and bigger price tag. The A7 however, has a lot going for it. The EVF may not be THE best, but its very, very good. The image quality is fantastic. Ultimately I end up thinking that its much cheaper than the FF DSLRs it competes with (this will be offset by lens costs though). It certainly isn’t a clunker though – what it is, is a first generation product finding its feet. So it isn’t perfect, but there’s still a lot to like. Give it more lenses, improved ergonomics and autofocus and the next version will be a belter. As it is, this version is very good in its niche rather than generally excellent.

The Sony A7 is available here.