Sometimes you have moments where you shiver, involuntarily, at thoughts of episodes so horrible they are unimaginable. The Battle of the Somme, where more than one million soldiers on all sides of the battle died. 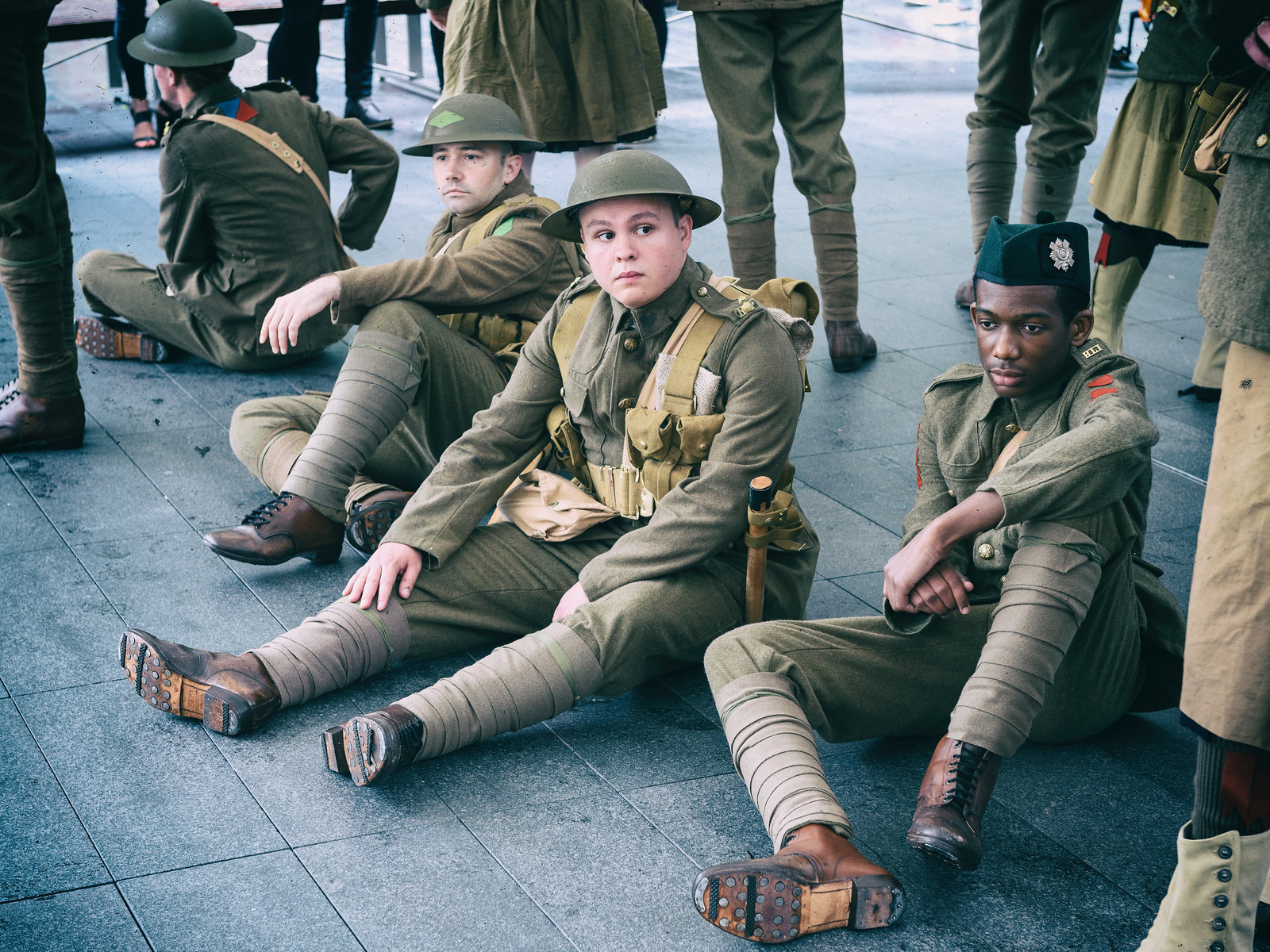 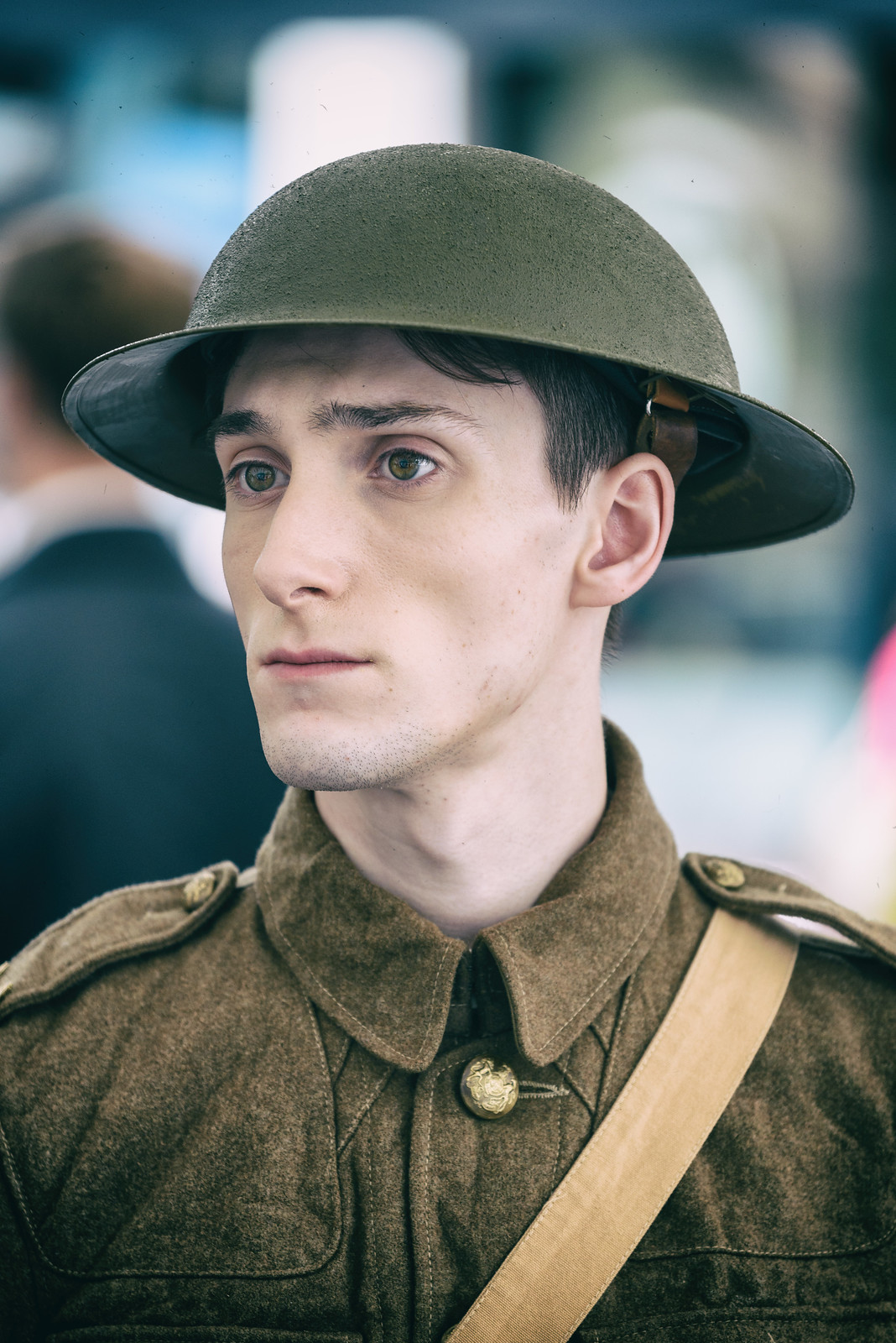 This year, for the anniversary of the battle, volunteers dressed as World War I soldiers appeared across the UK on Friday morning as part of Battle of the Somme commemorations, marking the centenary of the 141-day battle that began this day in 1916. 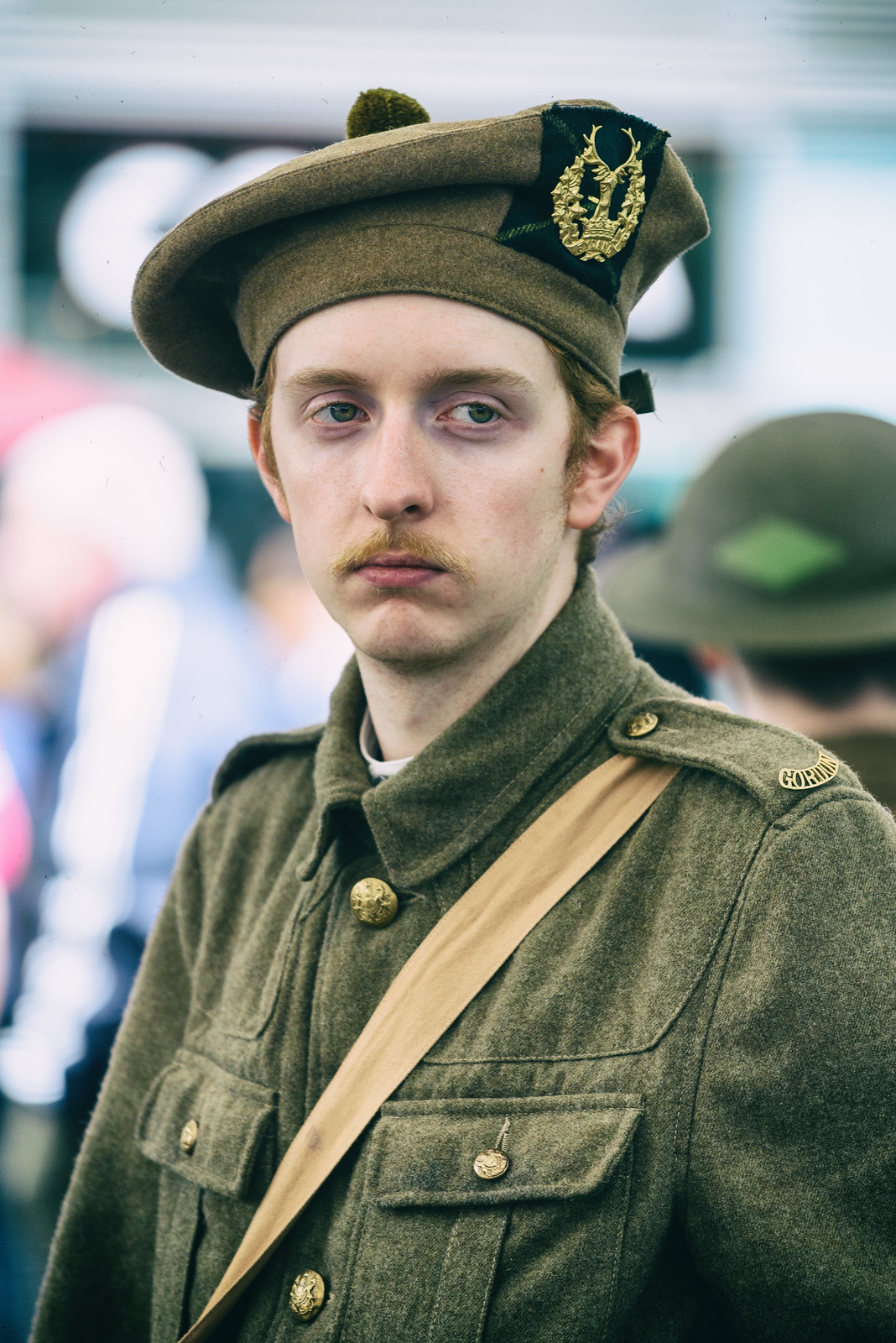 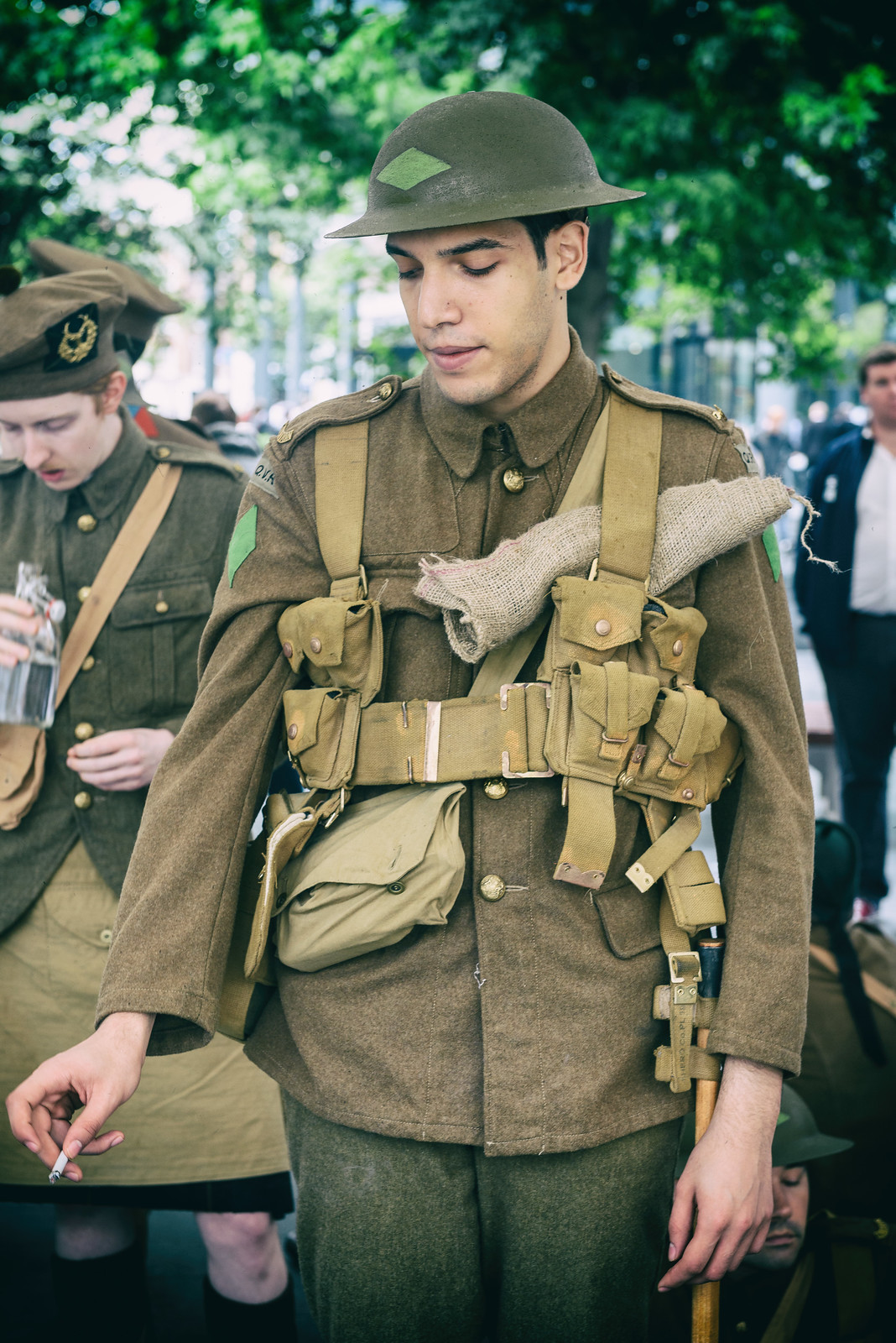 The ‘soldiers’ silently handed cards to passers by, each bearing the name of a soldier who died at the Somme on 1st July 1916. 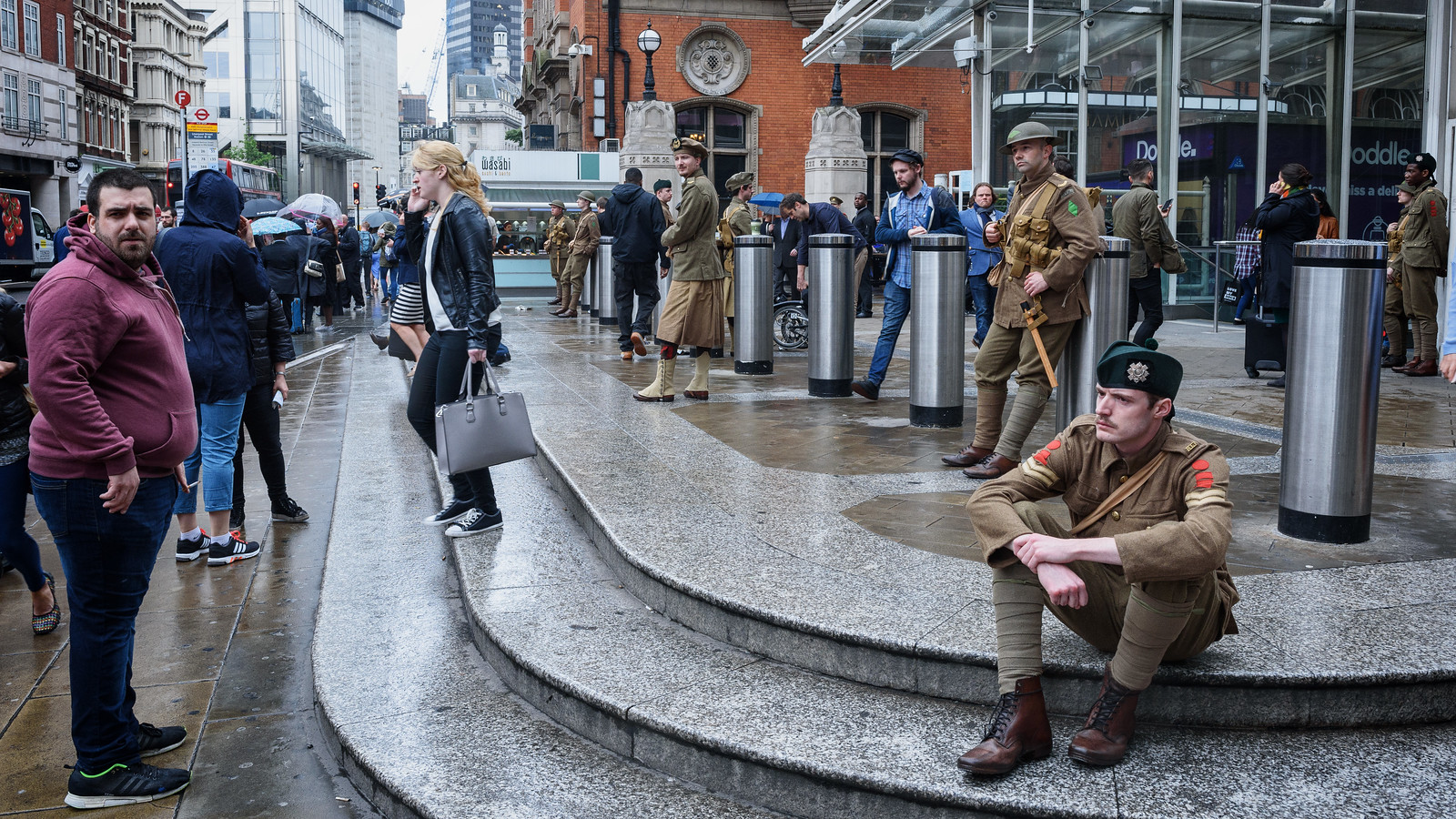 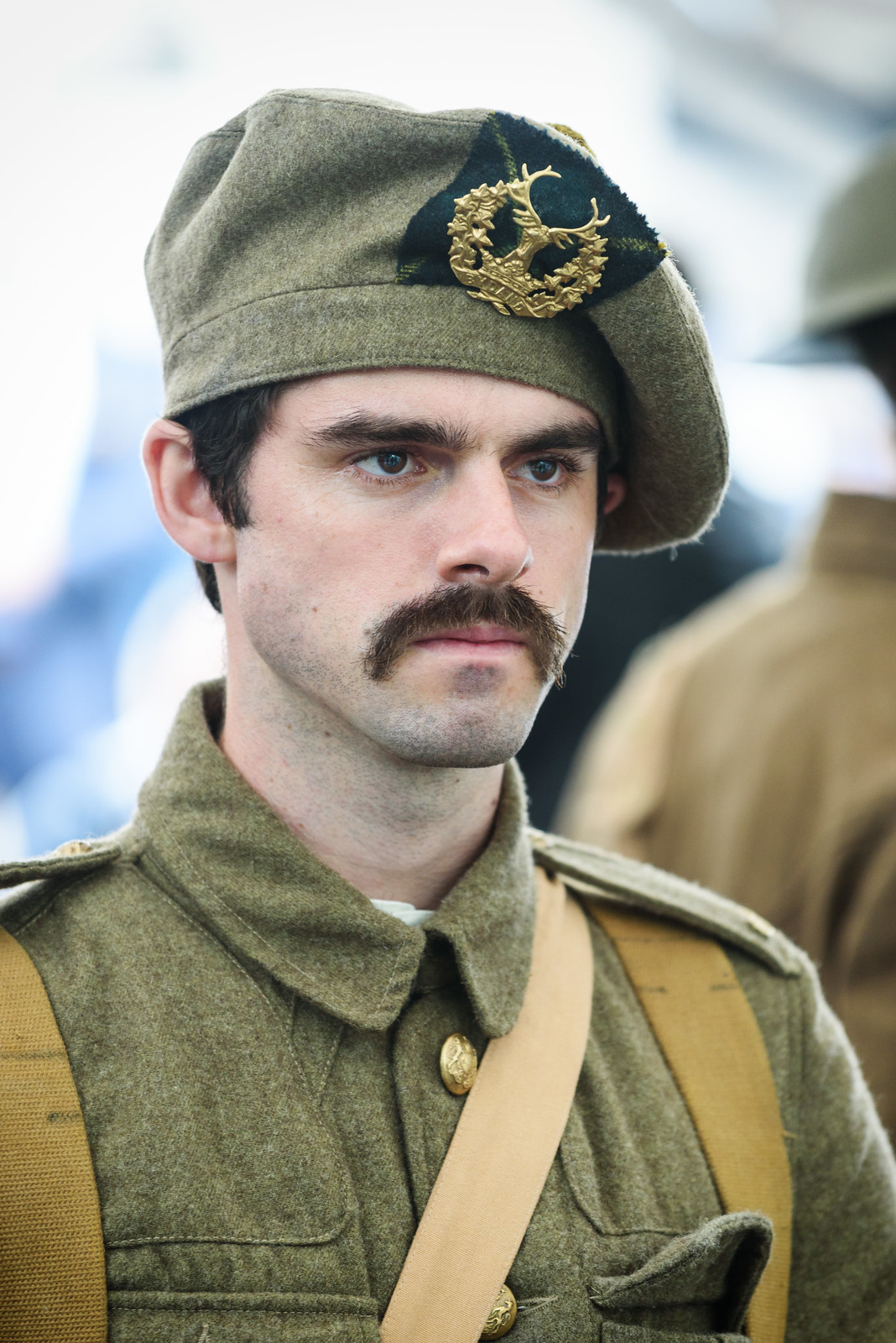 It was impossible not to be moved. The silence was haunting, like ghosts in the night. I almost expected to find there were no soldiers in my pictures when I looked at them. 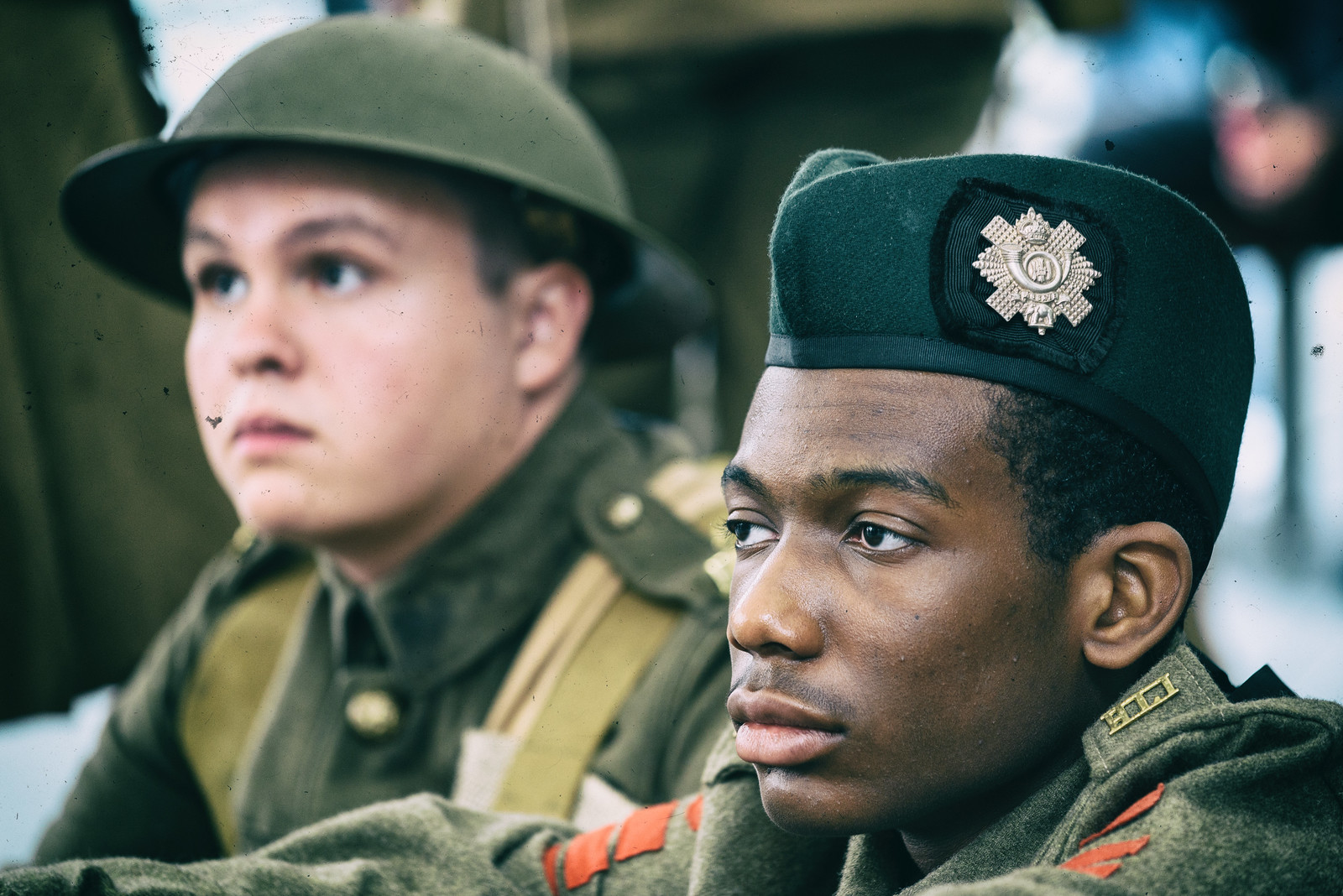 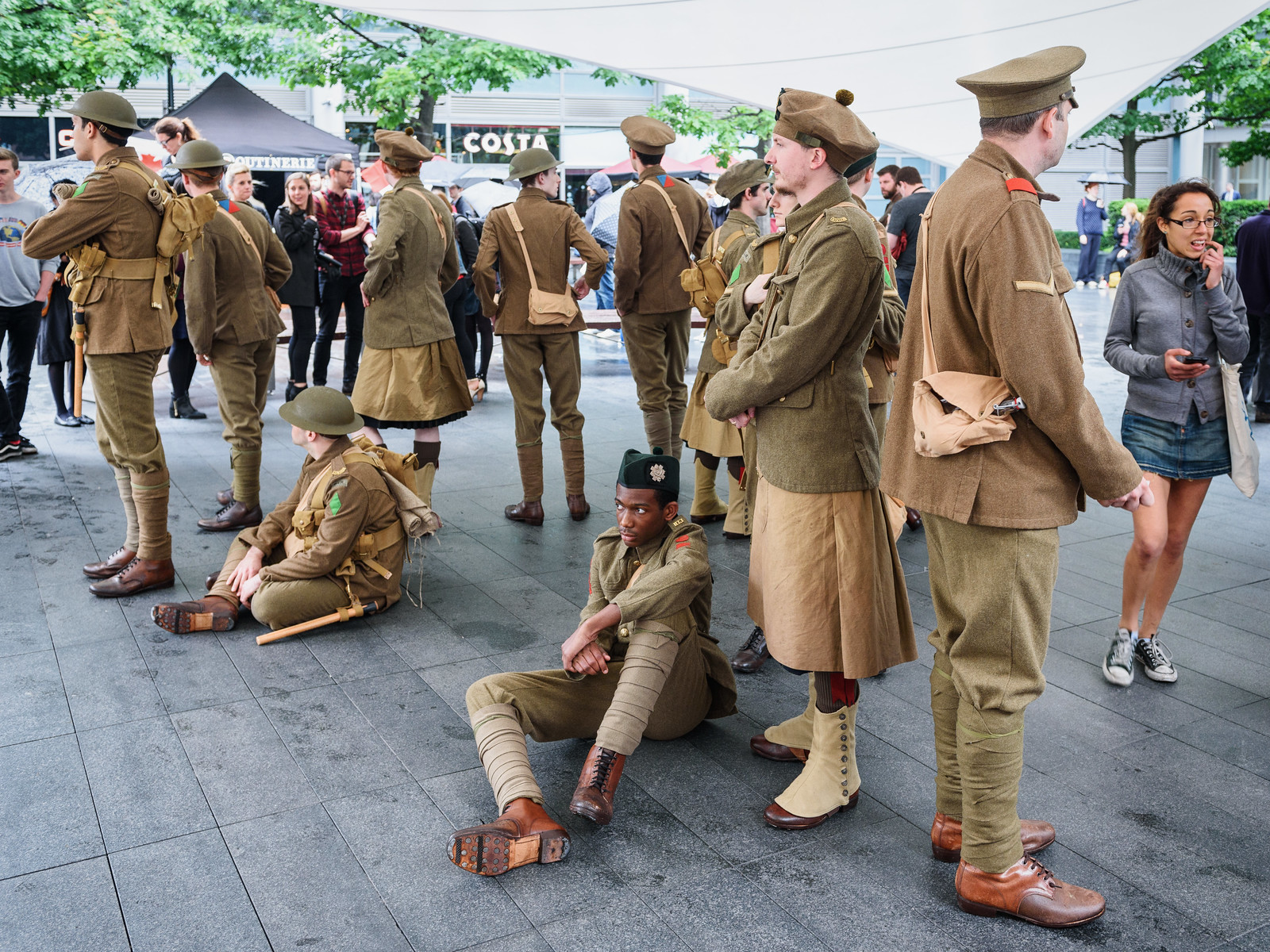 It did move me to tears. For me, the first world war is representative of the failures of nationalism, the futility and destructive capacity of war. It’s still hard, with the benefit of hindsight, not to want to shake the leaders on all sides who thought it was better to fight than to make peace. 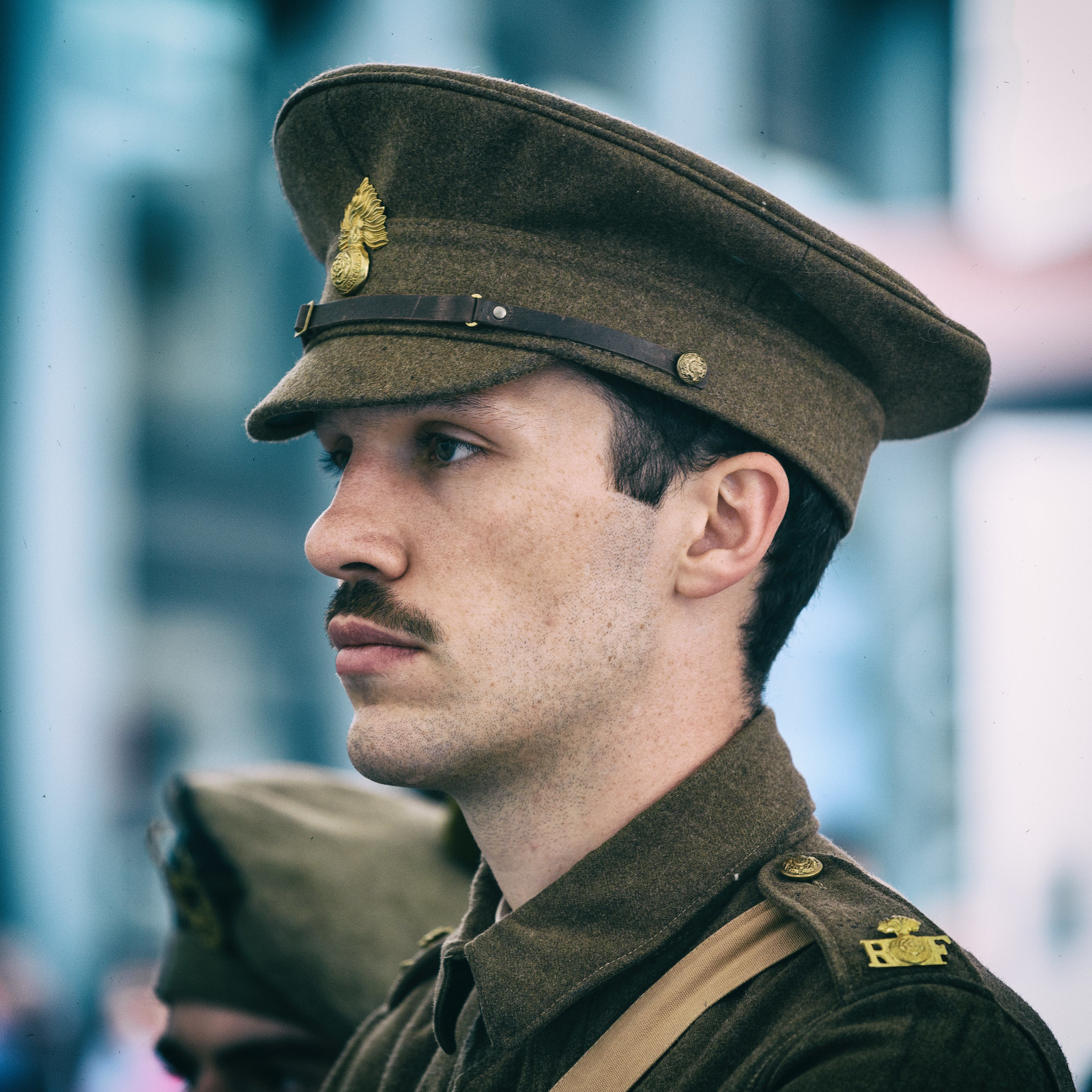 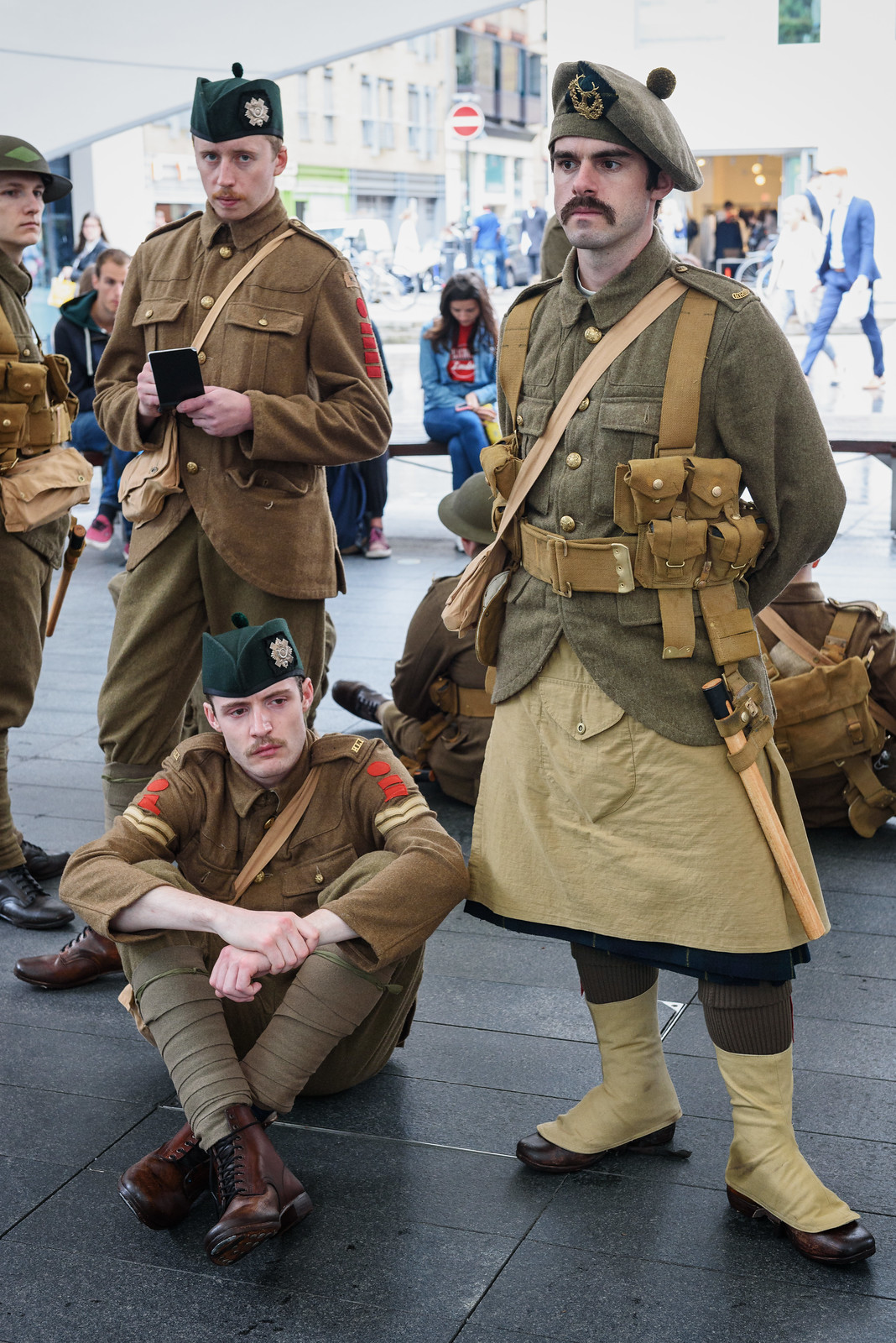 I hope that I never, ever live to see anything like it. The statement by then British Foreign secretary Sir Edward Grey to a friend on the eve of the first world war has always summed it up for me: “The lamps are going out all over Europe, we shall not see them lit again in our life-time”. 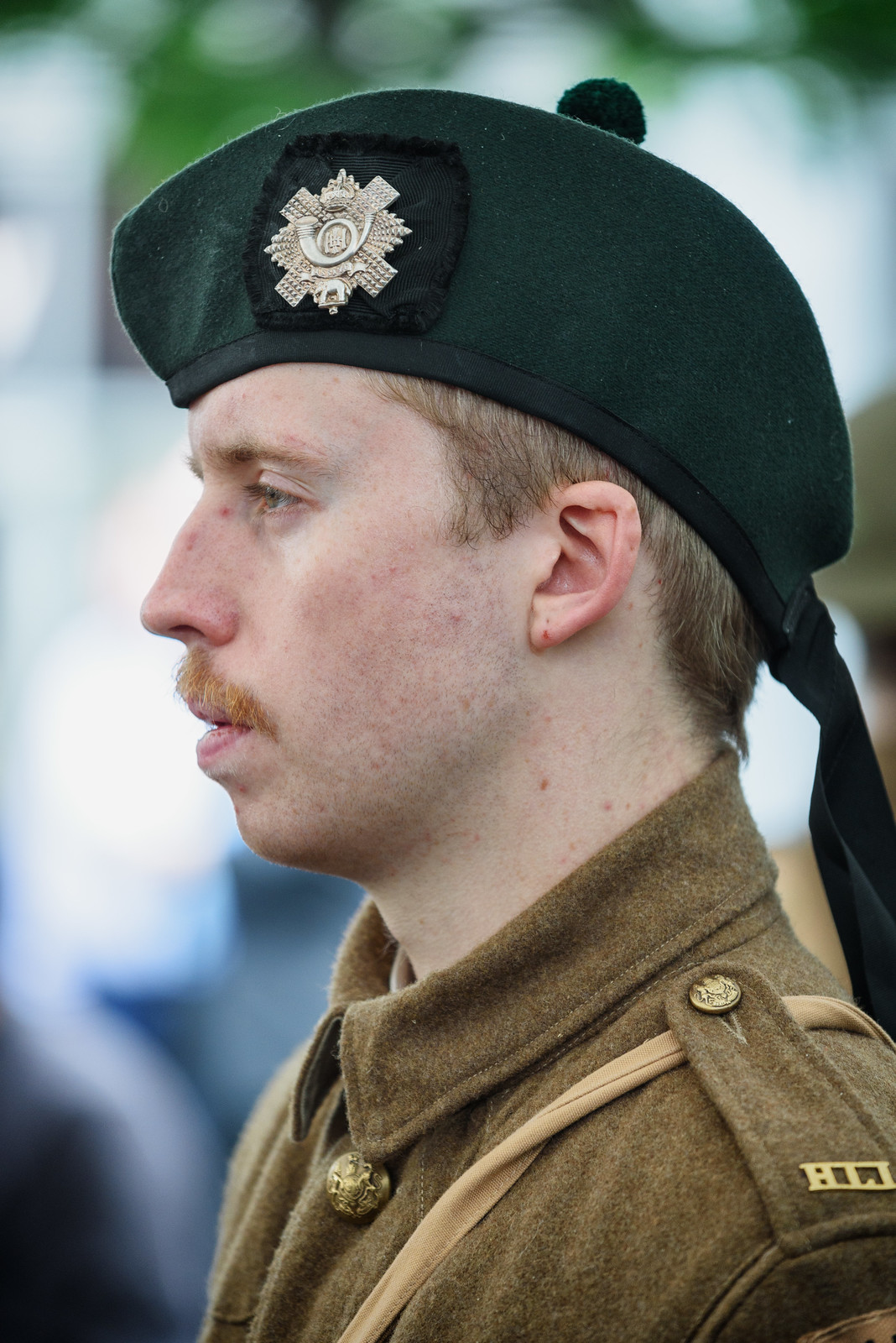 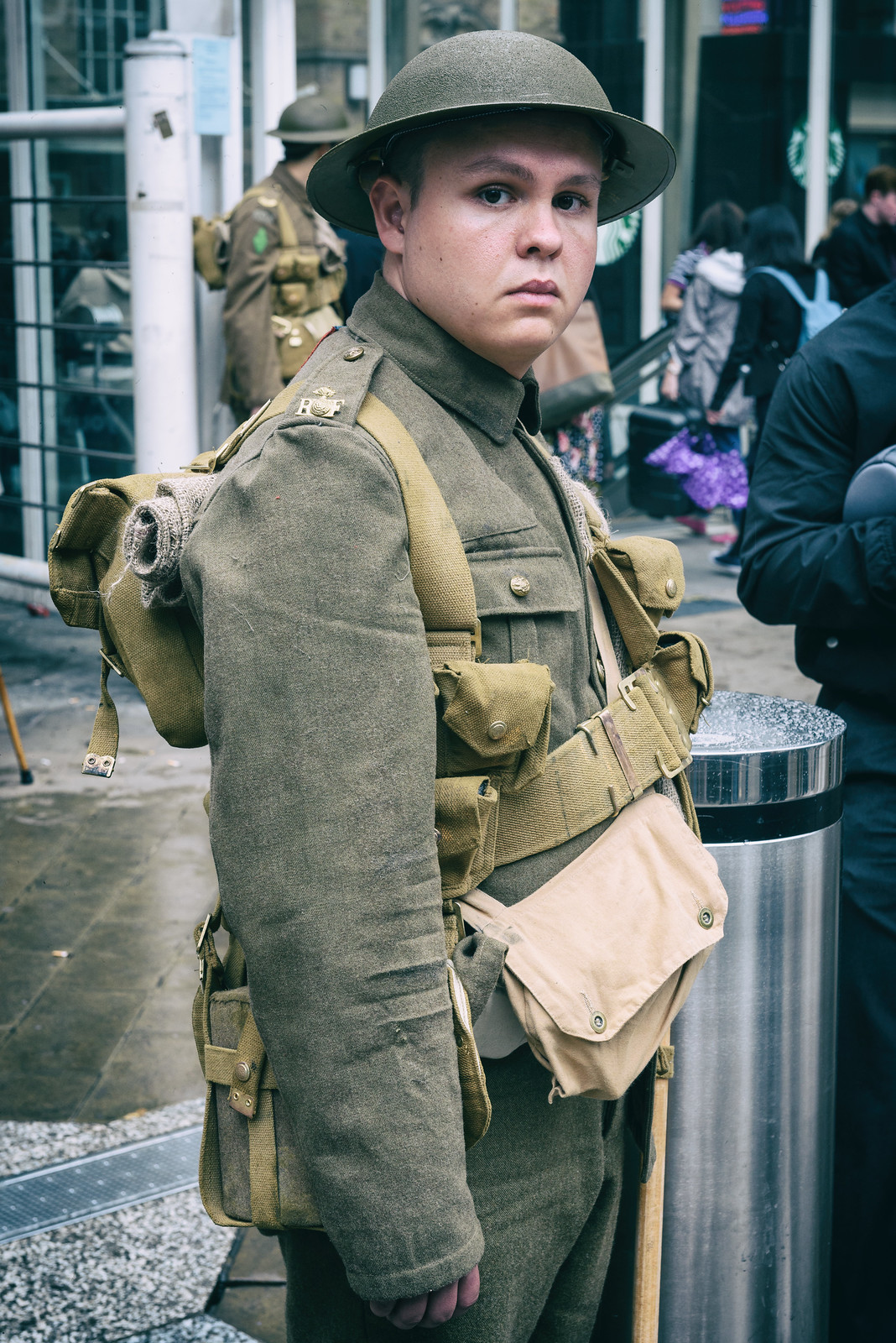