I suppose I could have thought of a more catchy title for my first infrared post in anger, but please let me off for once – I’ve spend the day attacking the garden with the assistance of my son and washing the car (due to the local car wash being out of order)… 😉 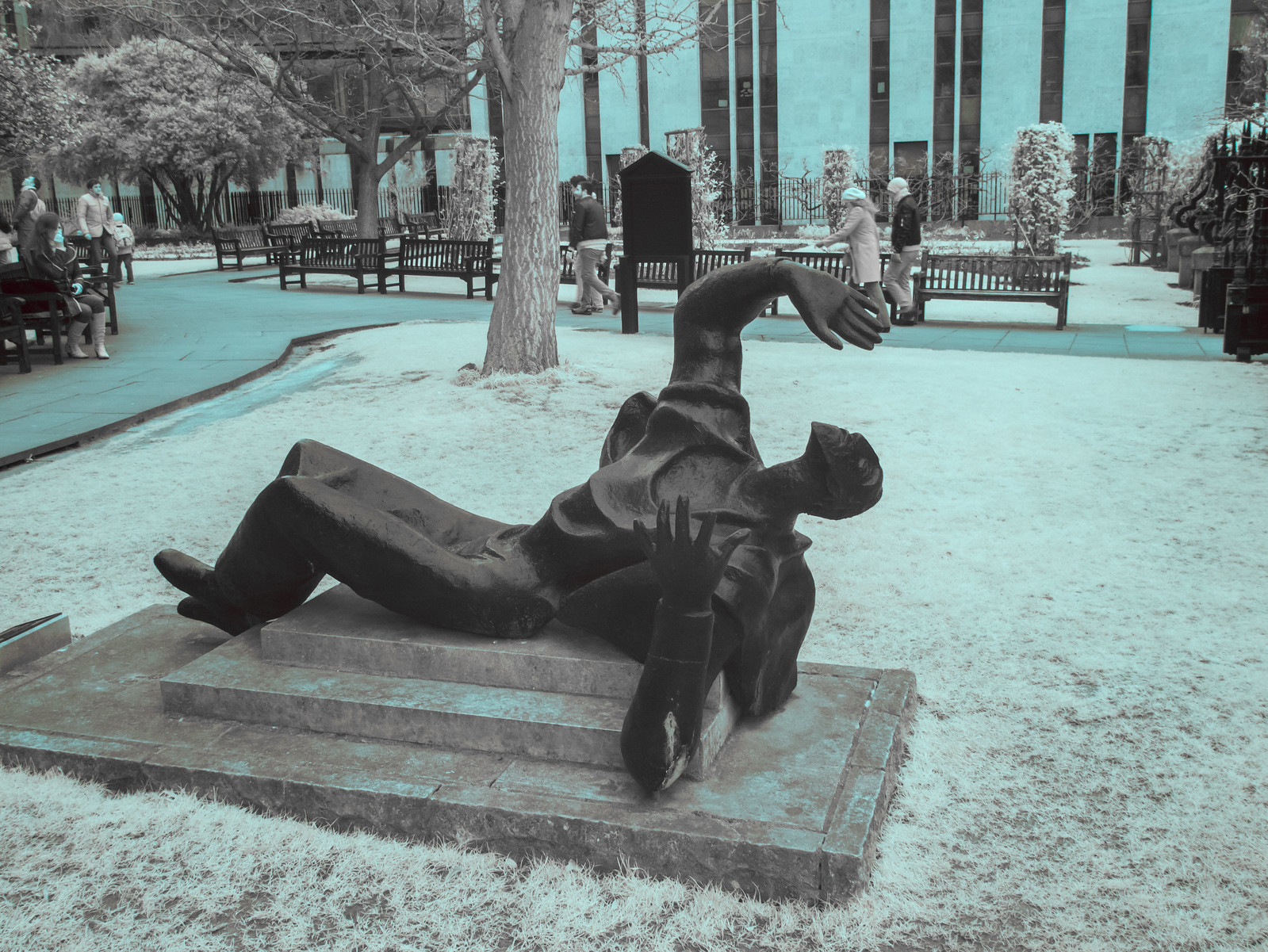 On Friday I was finally able to take my IR converted GX1 out in anger. If I had more time I would have gone to a park, but a lack of time meant I headed to St Paul’s. 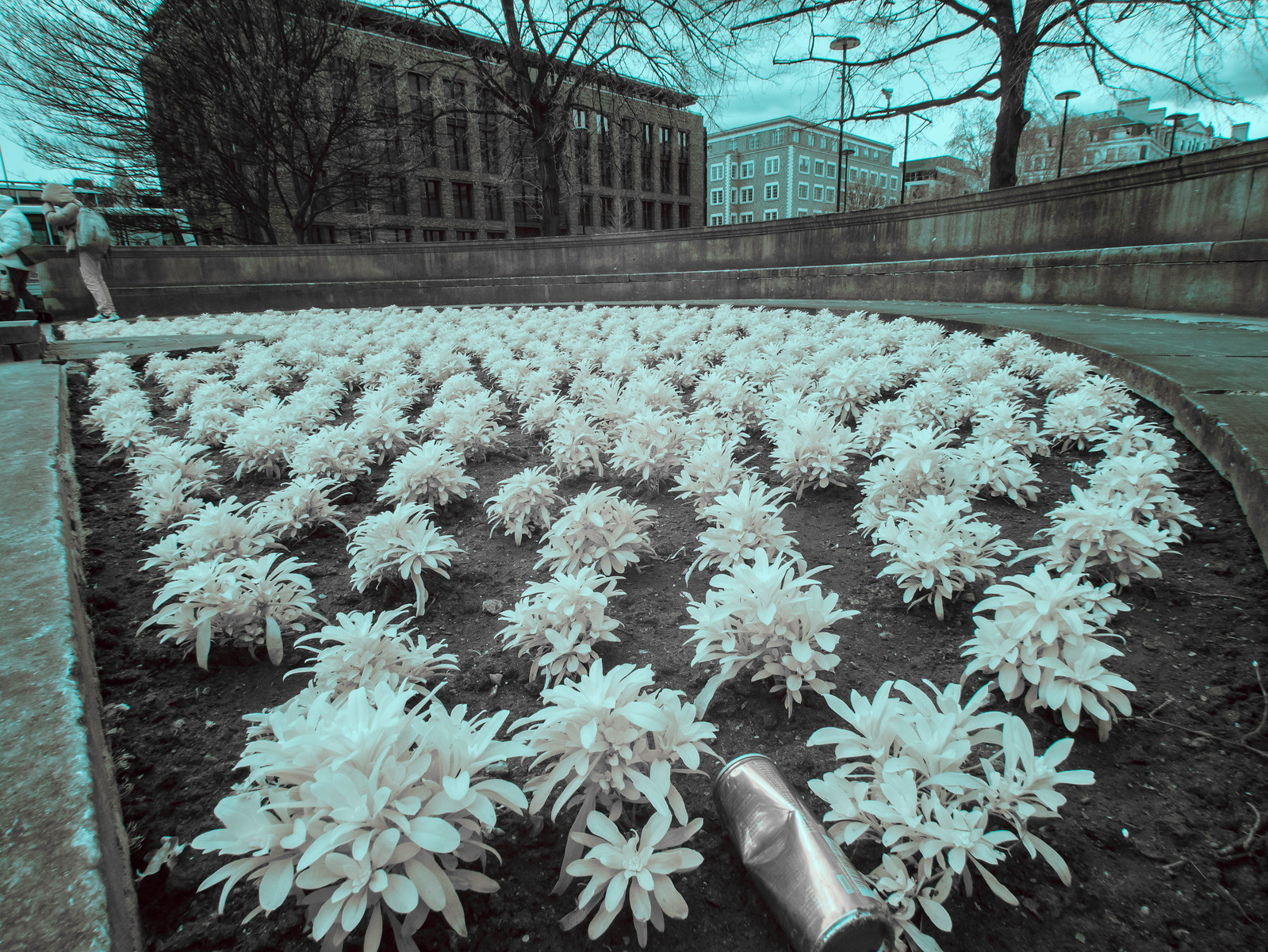 It’s been difficult learning how to use an IR camera. Some of the shots look great, others look awful – there seems to be no rhyme nor reason to why! 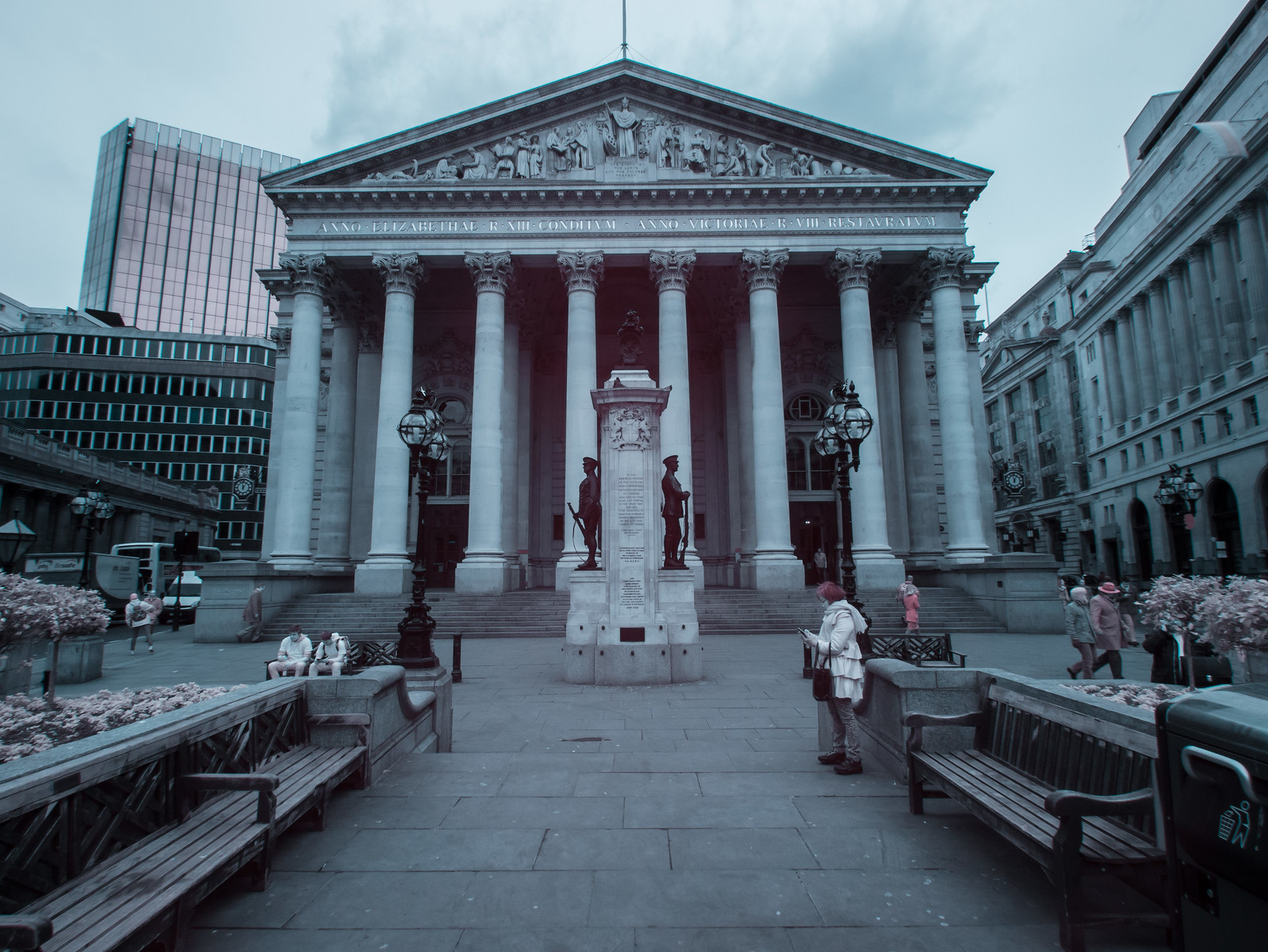 Processing the files has been really hard. I ended up using a combination of Lightroom and Photoshop, but I’m convinced I don’t quite have it right yet. Photoshop is essential for the channel swap that gives you a blue sky. 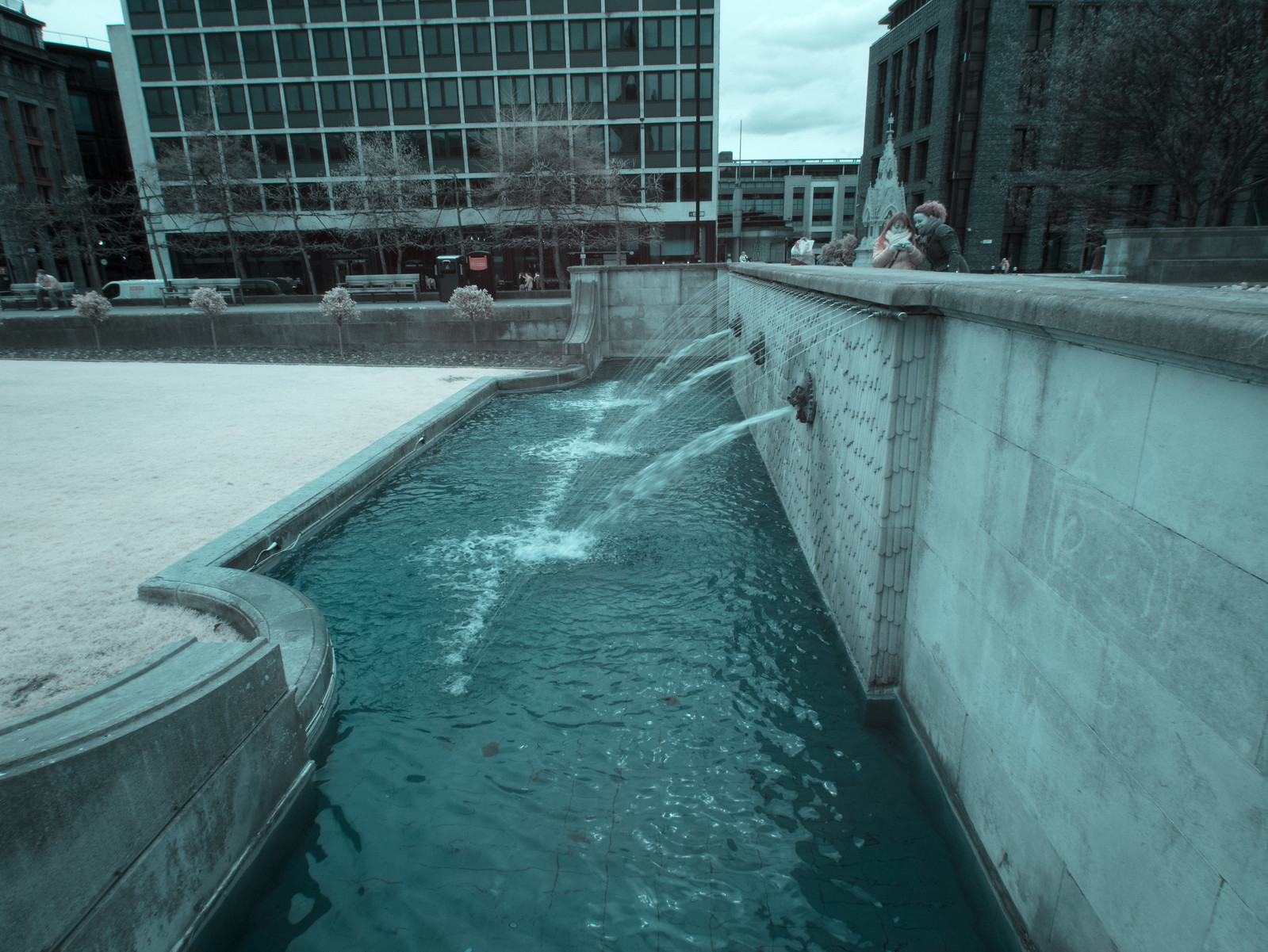 One really hard aspect to learn was that lenses need stopping down a lot more than one might expect based on general experience of using micro four-thirds cameras. normally I would go for an aperture of F7.1 for landscape work. However, that results in a soft foreground in IR. 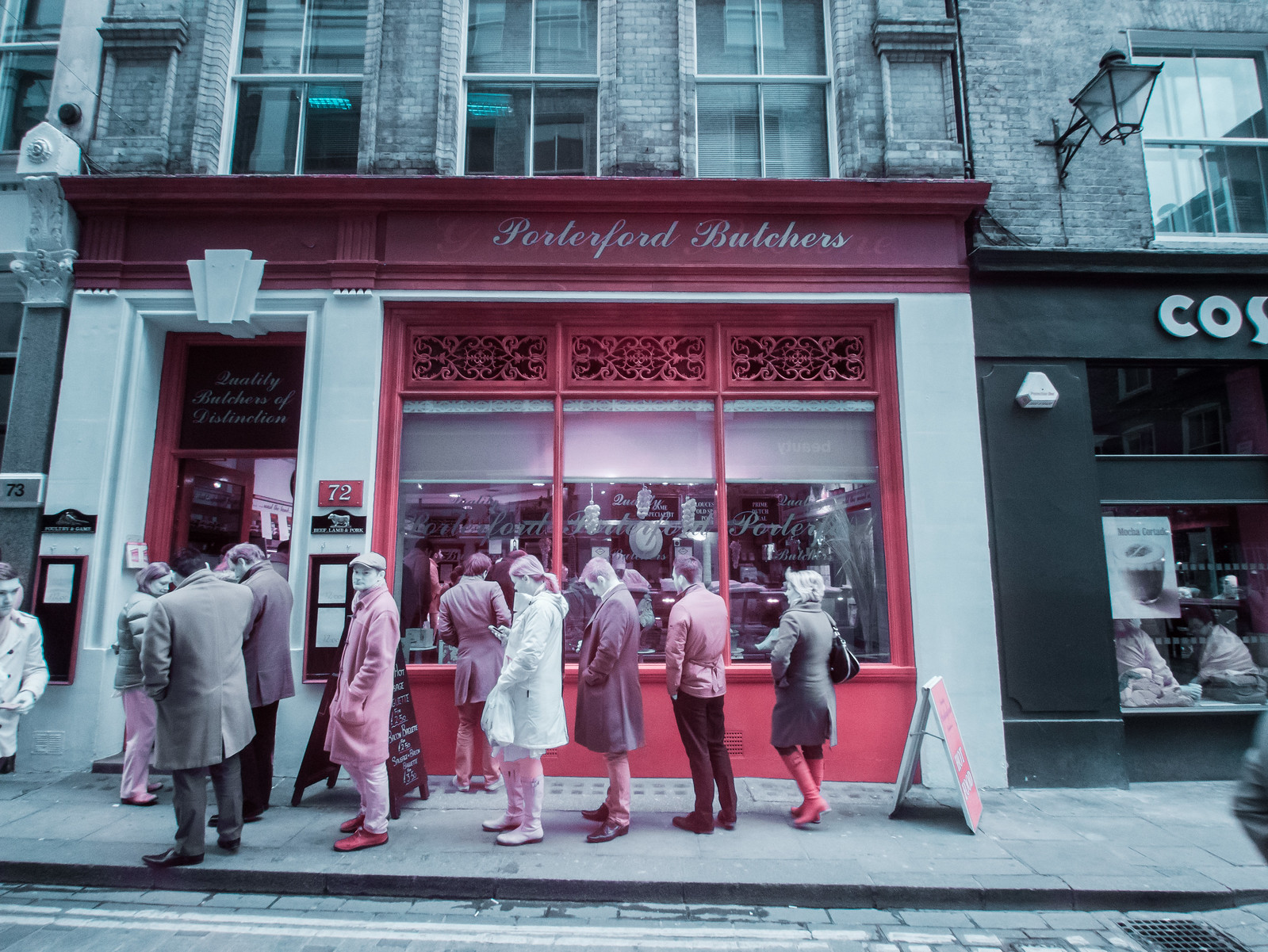 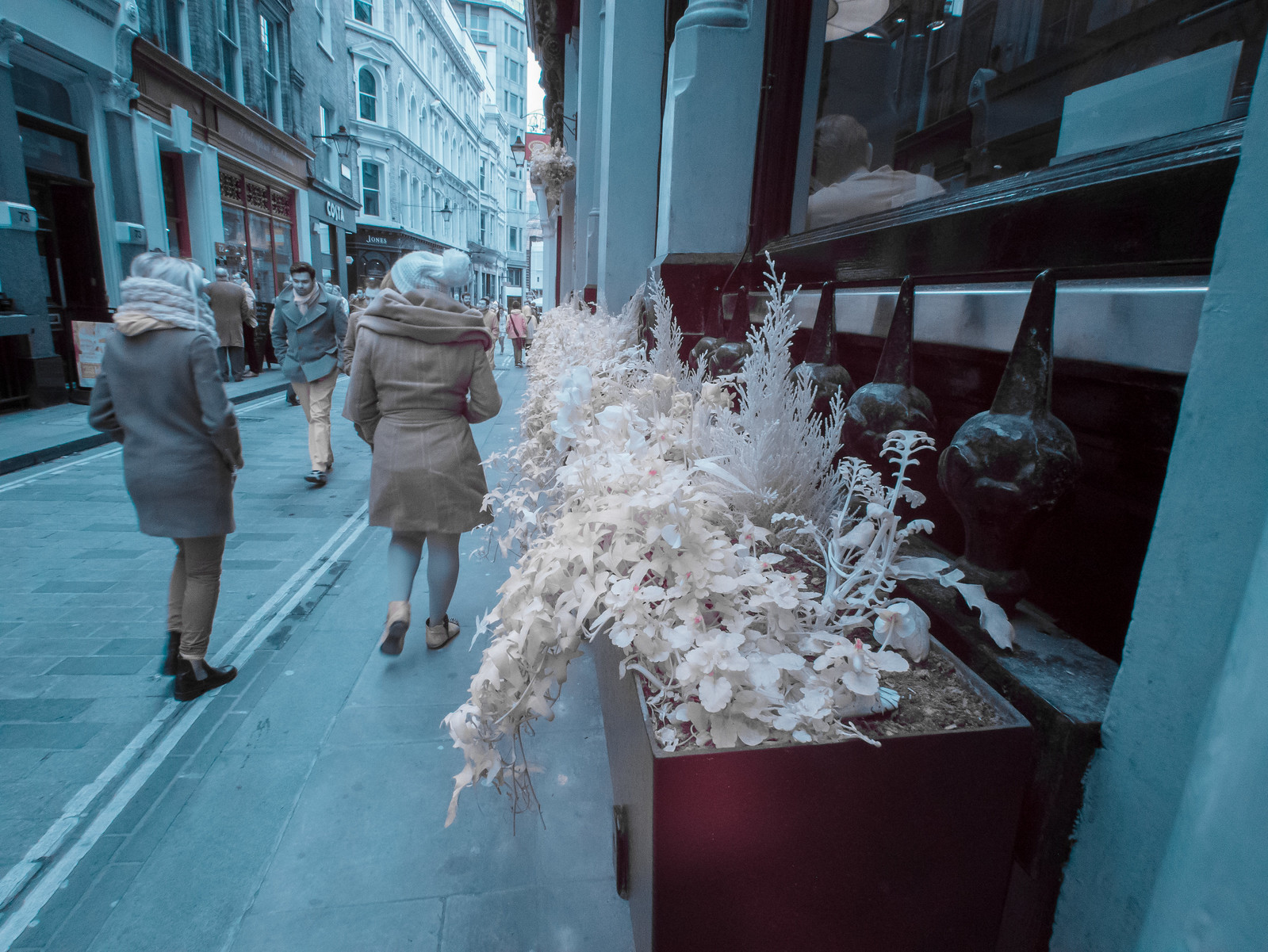 An aperture of at least F10-11 is essential to get sharpness across the frame. That means that you will be battling slow shutter speeds and noise. Diffraction also results in soft soft output. 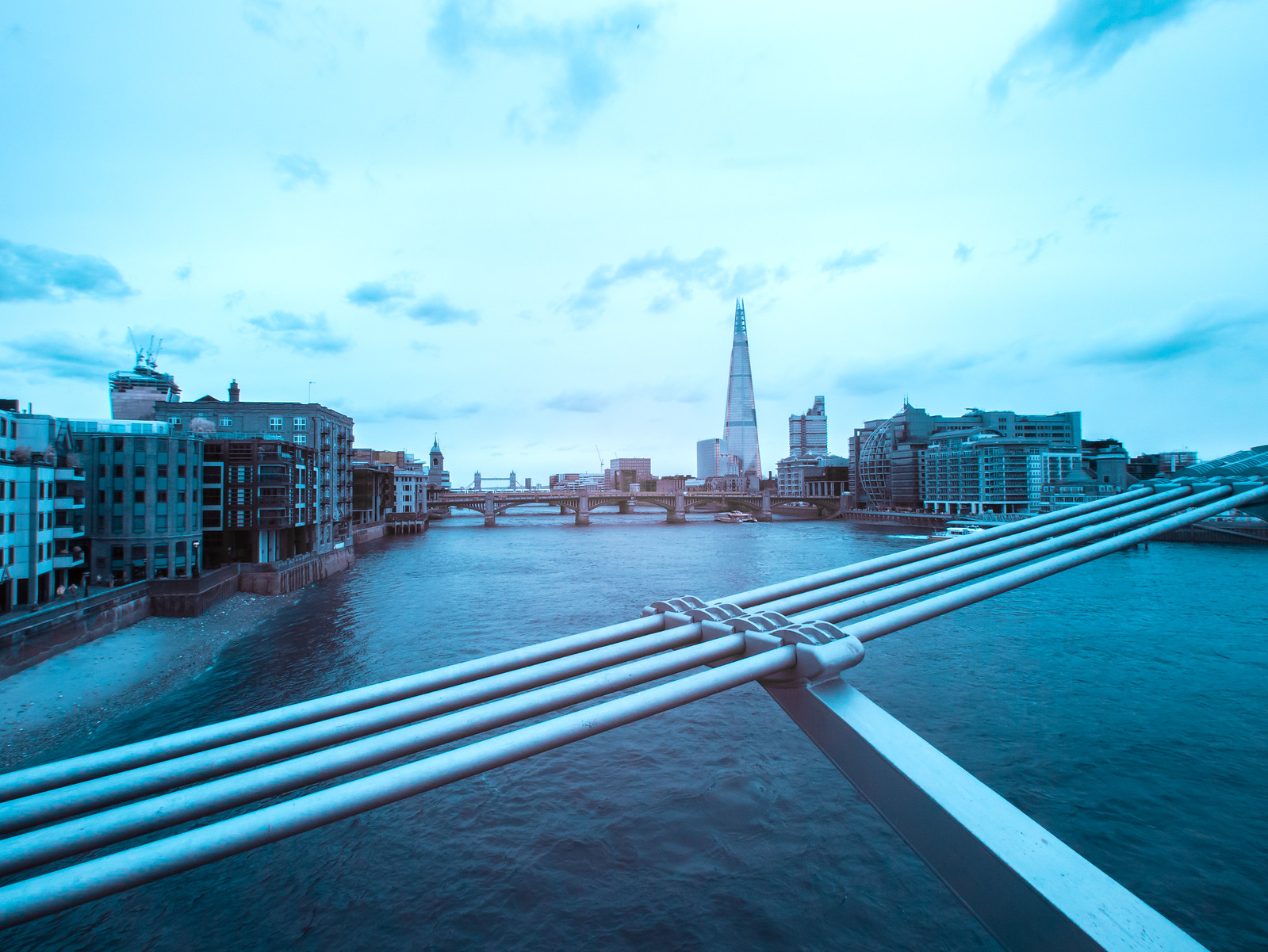 Another big problem is hot spots on lenses, which are invisible in normal photography but manifeat as a slightly brighter area in the middle of frames. Often then can be effectively removed in PP but they are a pain. In particular the 9-18 UWA zoom used for most of these has a “sneaky” hotspot that only appears when you adjust highlights and shadows (Grrr!). 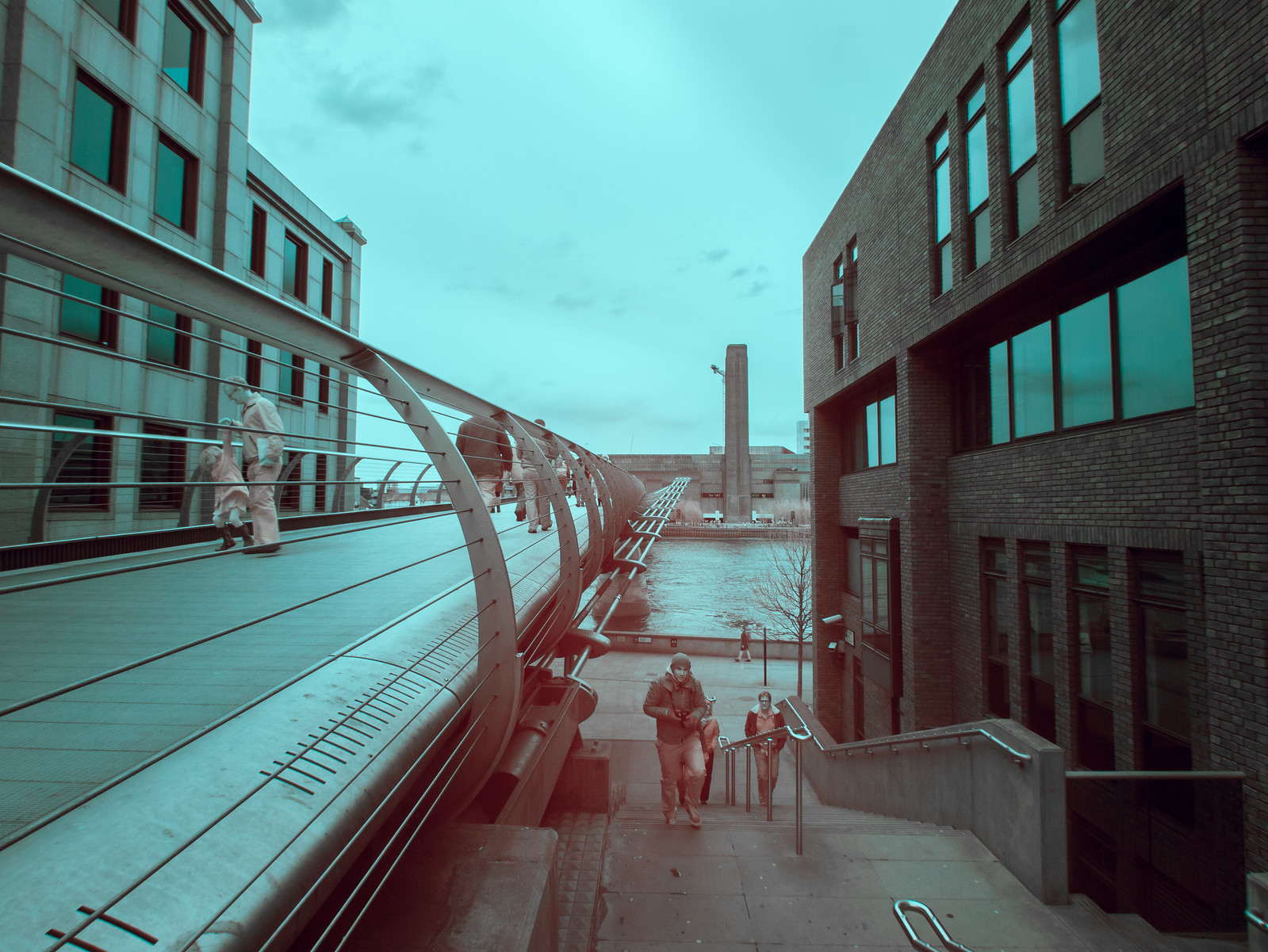 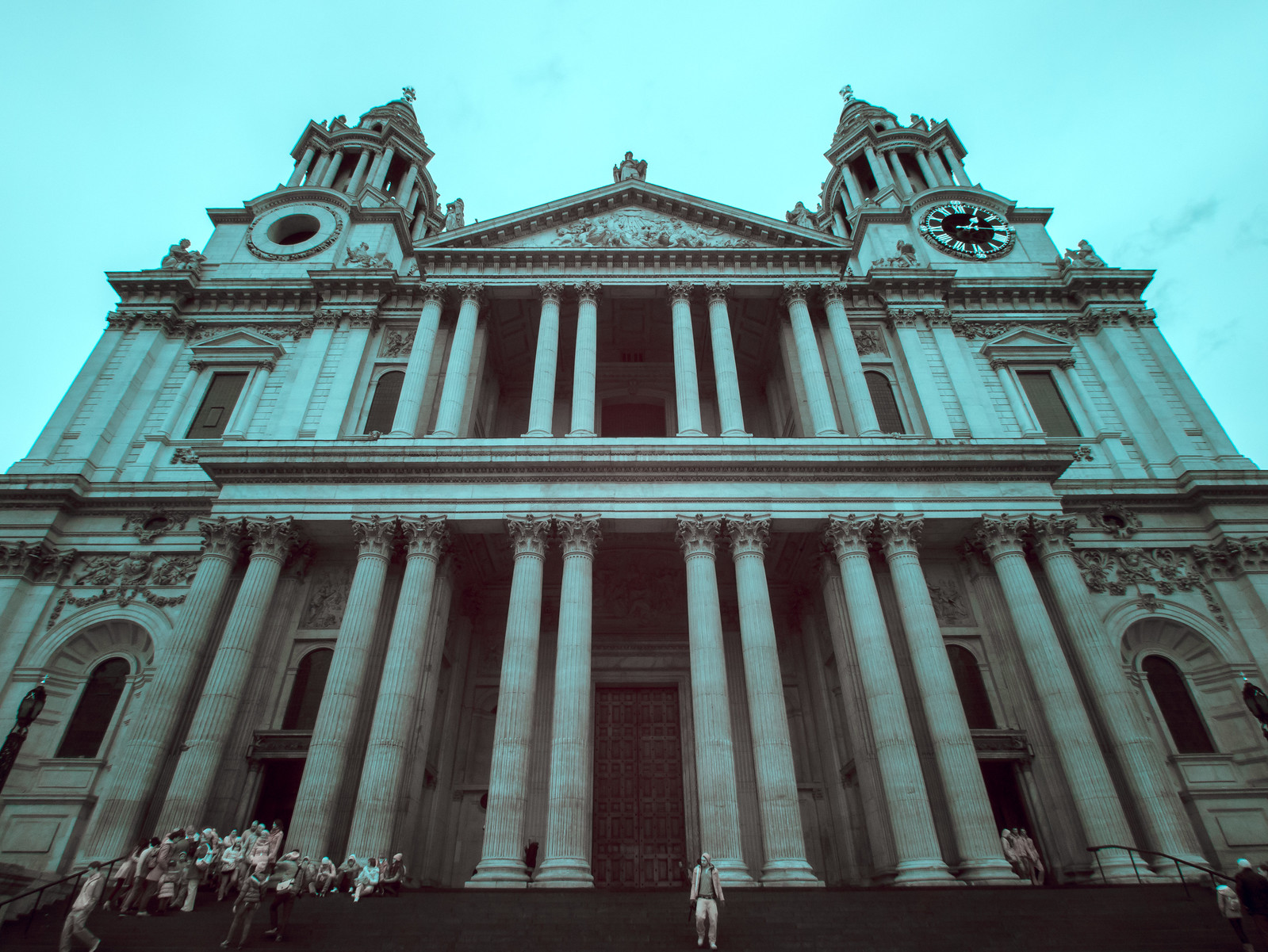 You didn’t think this was easy did you? 😀 On the upside, the dynamic range seems greater. You very much understand the pictures aren’t what you actually see (i.e. these are not the same as would result from a photoshopped visible light shot by any shake of a stick), very quickly indeed. 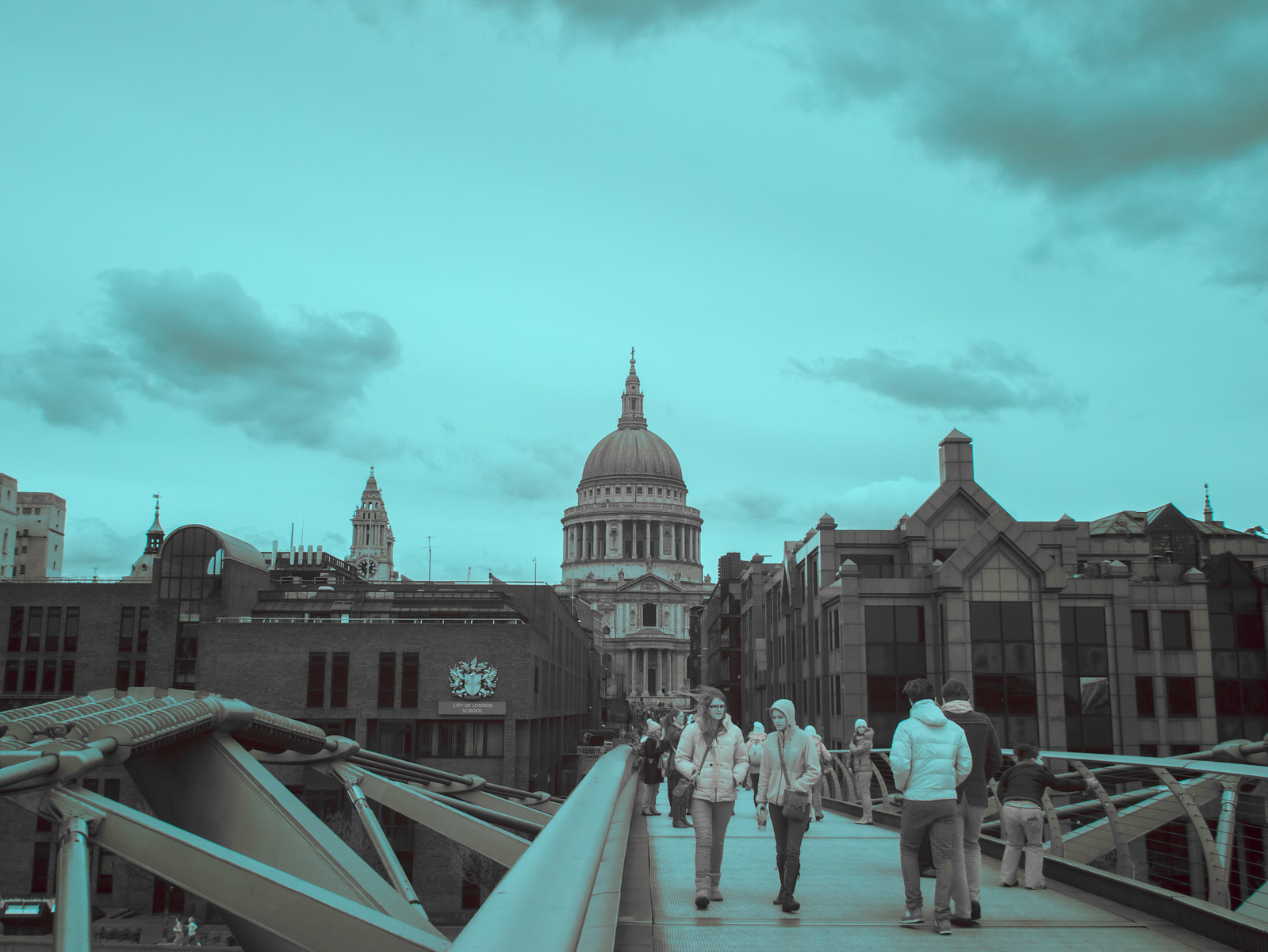 In any event, I’m just about getting an idea of what might work well as an end result.

I have a few here that come from a previous trip to the park with my IR GX1, when I failed to stop it down enough in most shots. That said, I think most of the time, for the most spectacular shots you are going to want to visit the park rather than the centre of town.

Taken with my Panasonic GX1 and Olympus 9-18mm lens.