We’ll call this a little more Brexit delayed output, originally I intended to publish this in May. 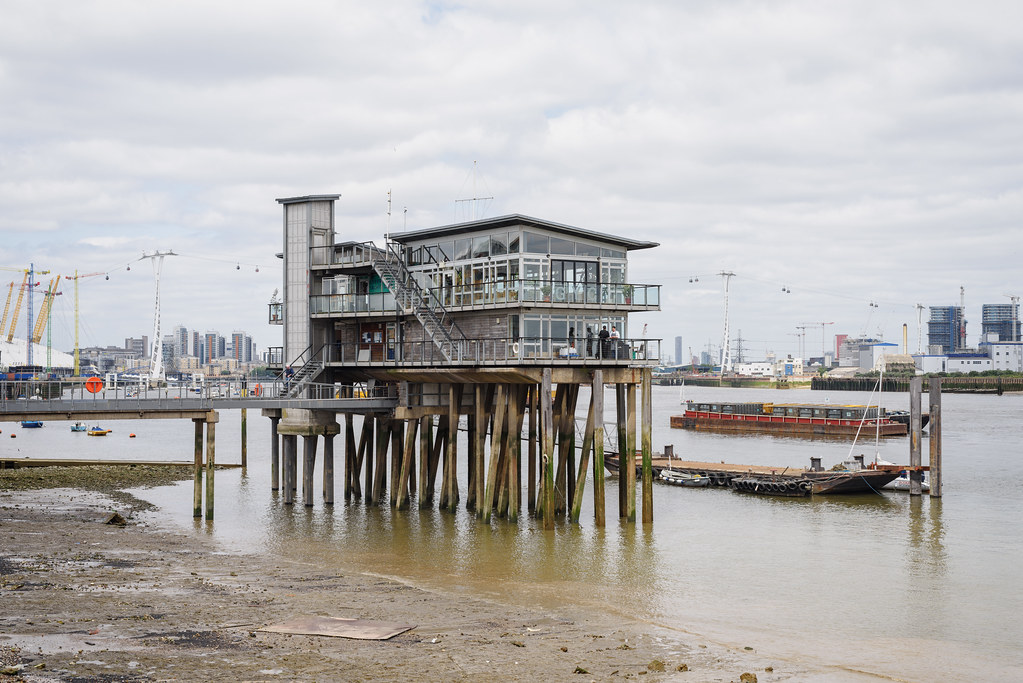 London is vulnerable to flooding. If a storm surge coincides with a spring tide, dangerously high water levels can occur in the Thames Estuary. The threat has increased over time due to the slow but continuous rise in high water levels over the centuries and the slow “tilting” of Britain caused by post-glacial rebound. 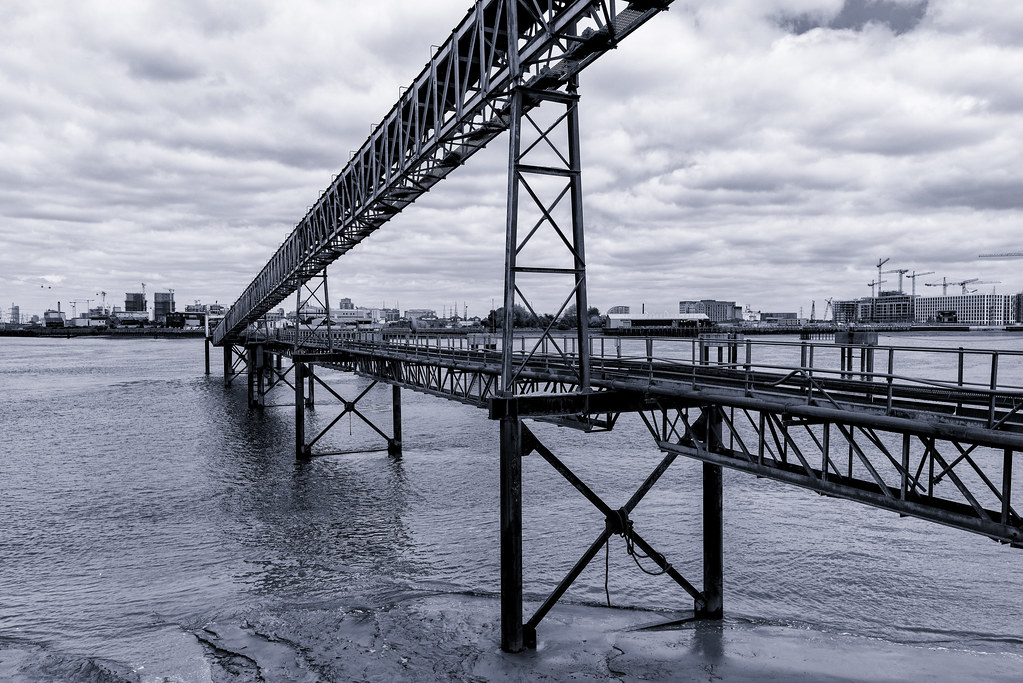 The Thames barrier is a flood defence in east London, designed to avoid the dangers of a storm surge moving back up the Thames and overtopping the banks in east and central London, as happened in 1928 and 1953. It’s a beautiful but utilitarian building, built at the initiation of the old greater London council. 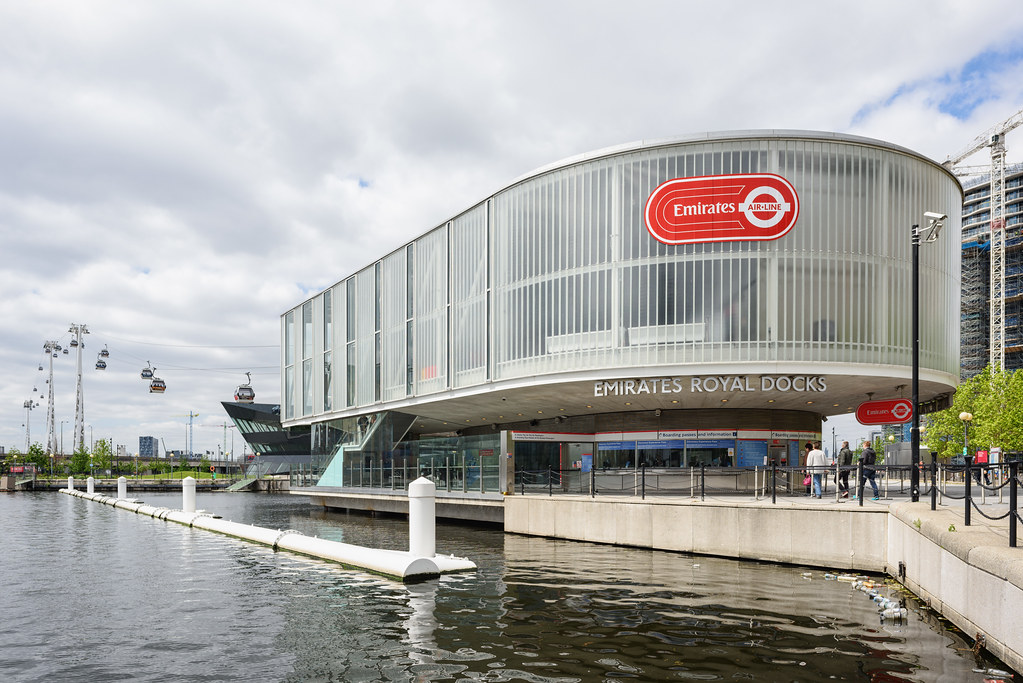 Its beauty is the result of the design, and the decision to use stainless steel to clad the canopies for the piers which house the machinery to open and close the gates. Expensive, it was criticised at the time of construction, but the steel has never needed substantive maintenance. 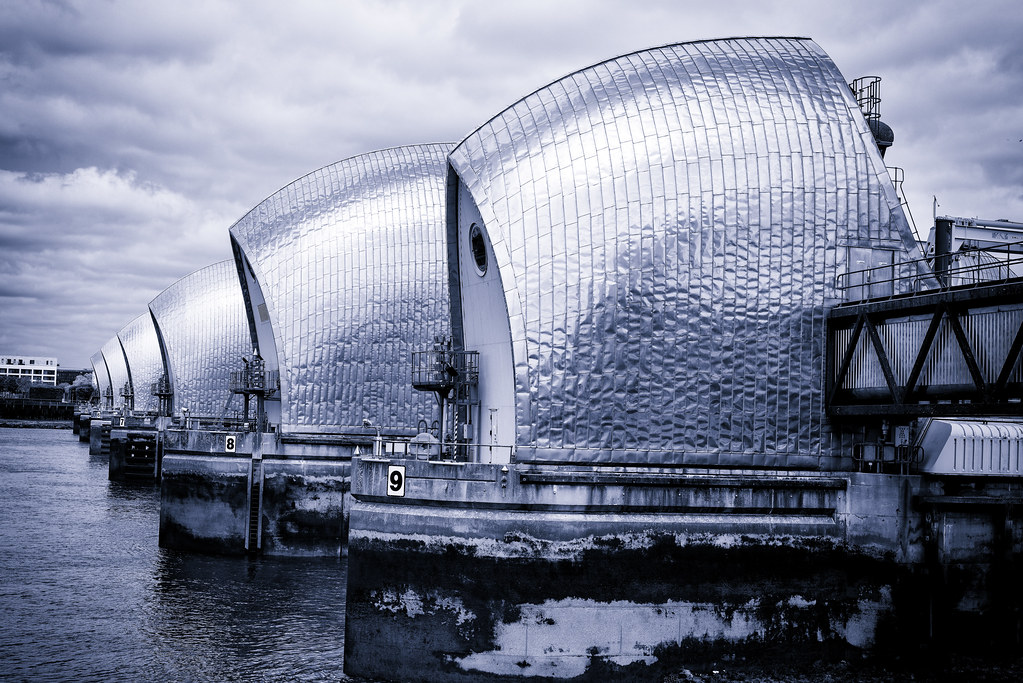 Regardless, it’s an icon of London, being as well known in the 1980s as the docklands redevelopment. I still remember thinking of it as futuristic as a child in the 80s and it was regularly being featured on films and TV as recently as the noughties. I had always meant to visit, but it felt like it was miles from any station etc. Finally, one weekend I decided it was in walking distance for a slog from North Greenwich. My son was keen to see it, mainly because I had found out there was a “mega-long slide” at the visitor centre… 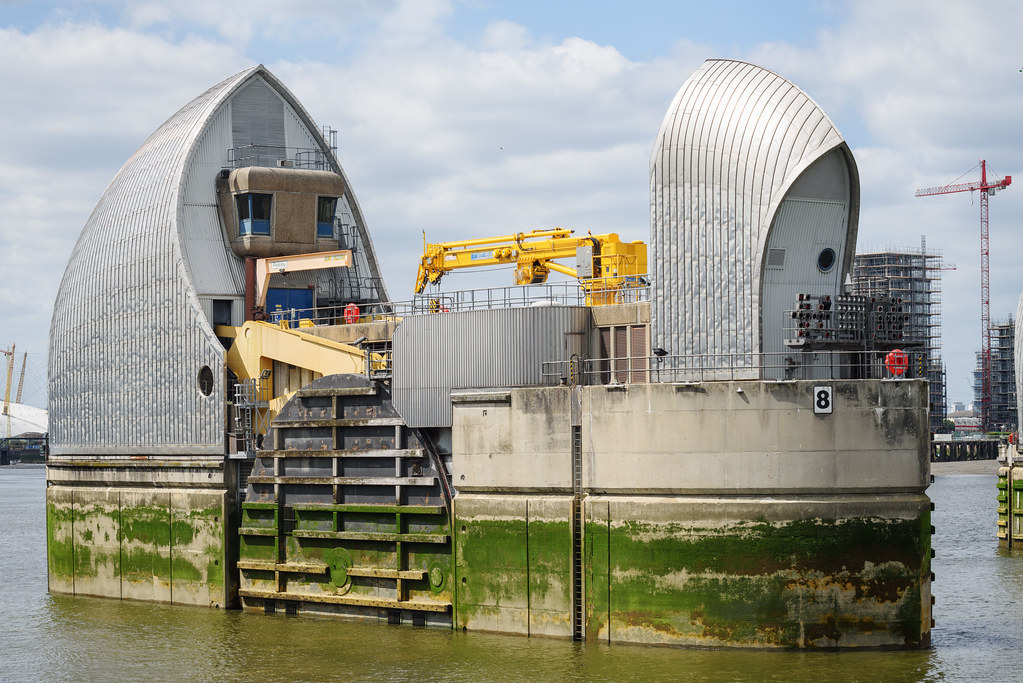 Our journey proper began with a trip on the DLR from tower gateway out to Royal Victoria. From there we took a cable car over the river to North Greenwich. It’s about a mile and a half along the banks of the Thames to the barrier from North Greenwich, past all manner of flats, yacht clubs, industry, pubs, go kart tracks and houses. The journey was a bit of a trudge, being about 2 miles. Luckily I had come prepared with snacks for my son. 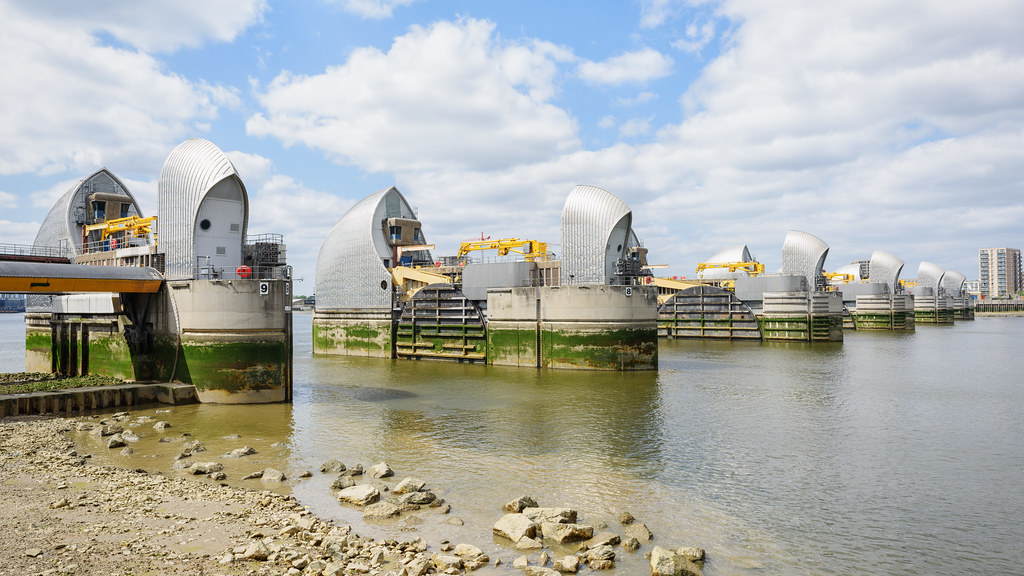 For much of the last mile, you are walking just off the bank of the Thames, so you cannot see the Barrier. suddenly you round a corner, and there it is. Monumental. Impressive. 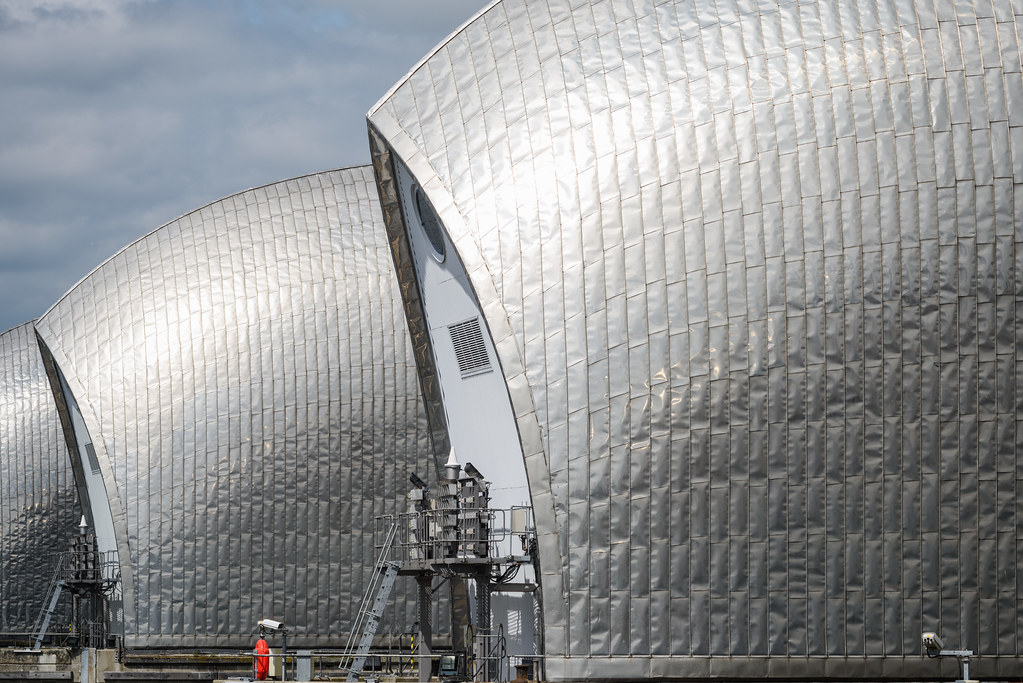 Once you reach the visitor centre, you can go to a small museum, watch a video about the barrier, visit the cafe or enjoy the “mega long slide”. 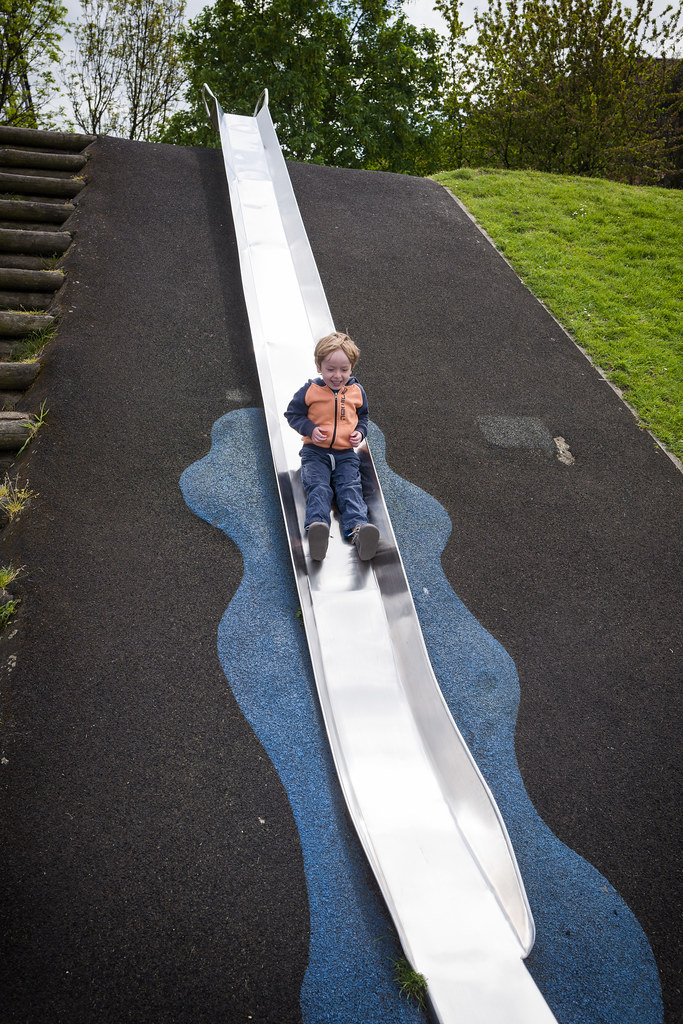 Personally I simply enjoyed the view. 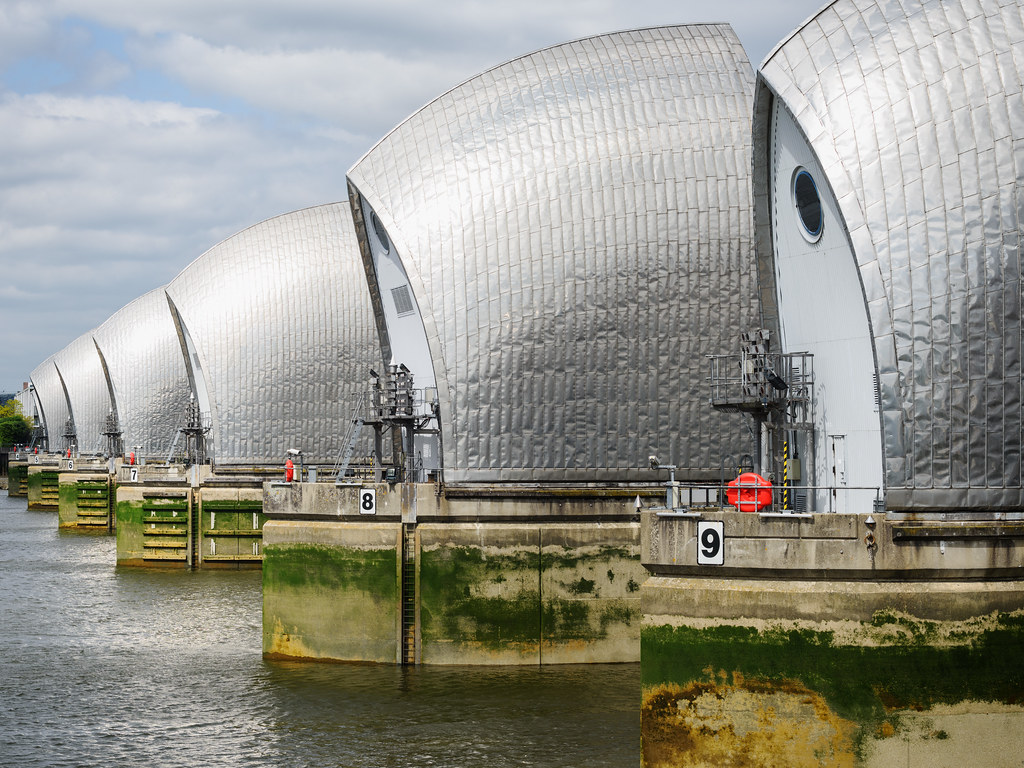 Taken with my Nikon D810 and Leica Q