So I should probably mention at the outset that the main offices of the firm I work for are on London Wall. A street in London named after the wall that used to surround the historic city of London.

I hadn’t given it too much thought to be frank. Today I was looking for ideas at Lunchtime for somewhere to go on the weekend on the English Heritage website, when I came across a link to the site for London Wall, but not the street, but the actual wall.

A section of the original wall survives next to Tower Hill tube station. How original? 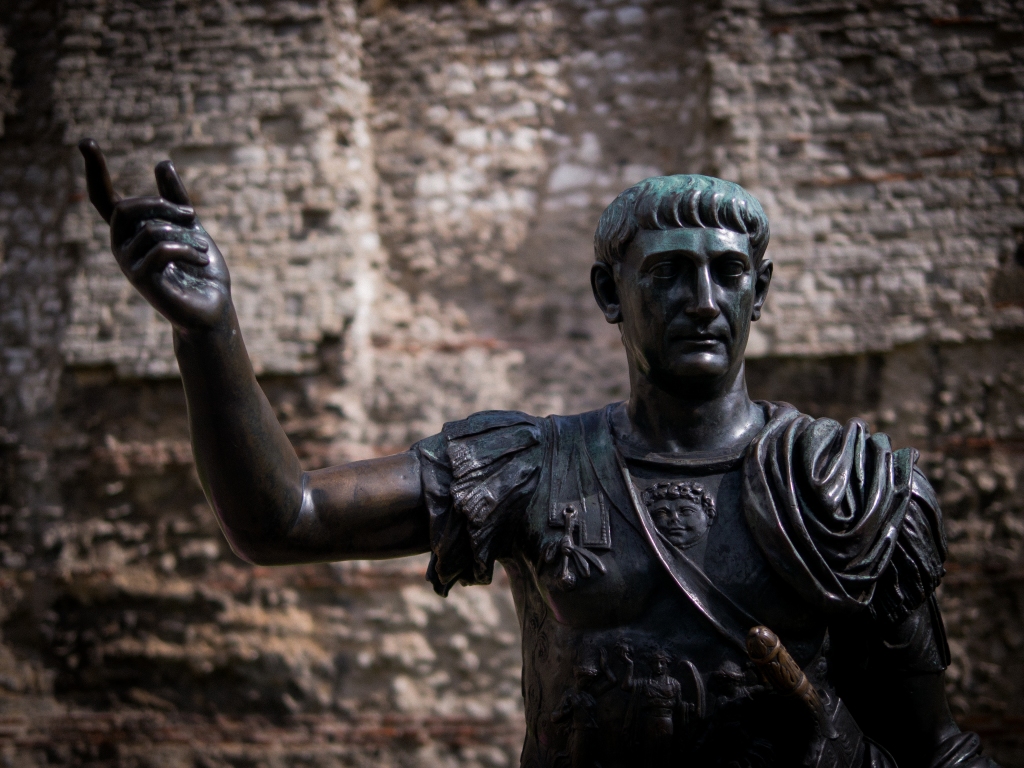 Well it dates back to the Roman period, though it was modified and added to later in medieval times. Most of it is Roman though , because the characteristic use of tiles to mark the heights of sections of the wall is traditional roman building technique.

It blows my mind that the original construction of the wall dates back 1900-1800 years. If you are Italian your mind probably isn’t blown given the more amazing Roman remains all over Italy, but I was still excited.

A Bronze of Emperor Trajan

As to my G5, it actually has a really great little sensor (I think its a tweaked version of the GH2 sensor). It’s clear, from the results above that the Dynamic range is inferior to my E-M5, but the detail, sharpness and colours are very nice indeed. There is a bit more “pop” about the results and the output feels a bit less over-sharpened.

I’m not sure I prefer the G5, it does feel cheap in hand compared to the E-M5, but it is an excellent camera and if I were on a budget I would definitely get this camera as an introduction to micro four thirds. Video isn’t bad at all either.